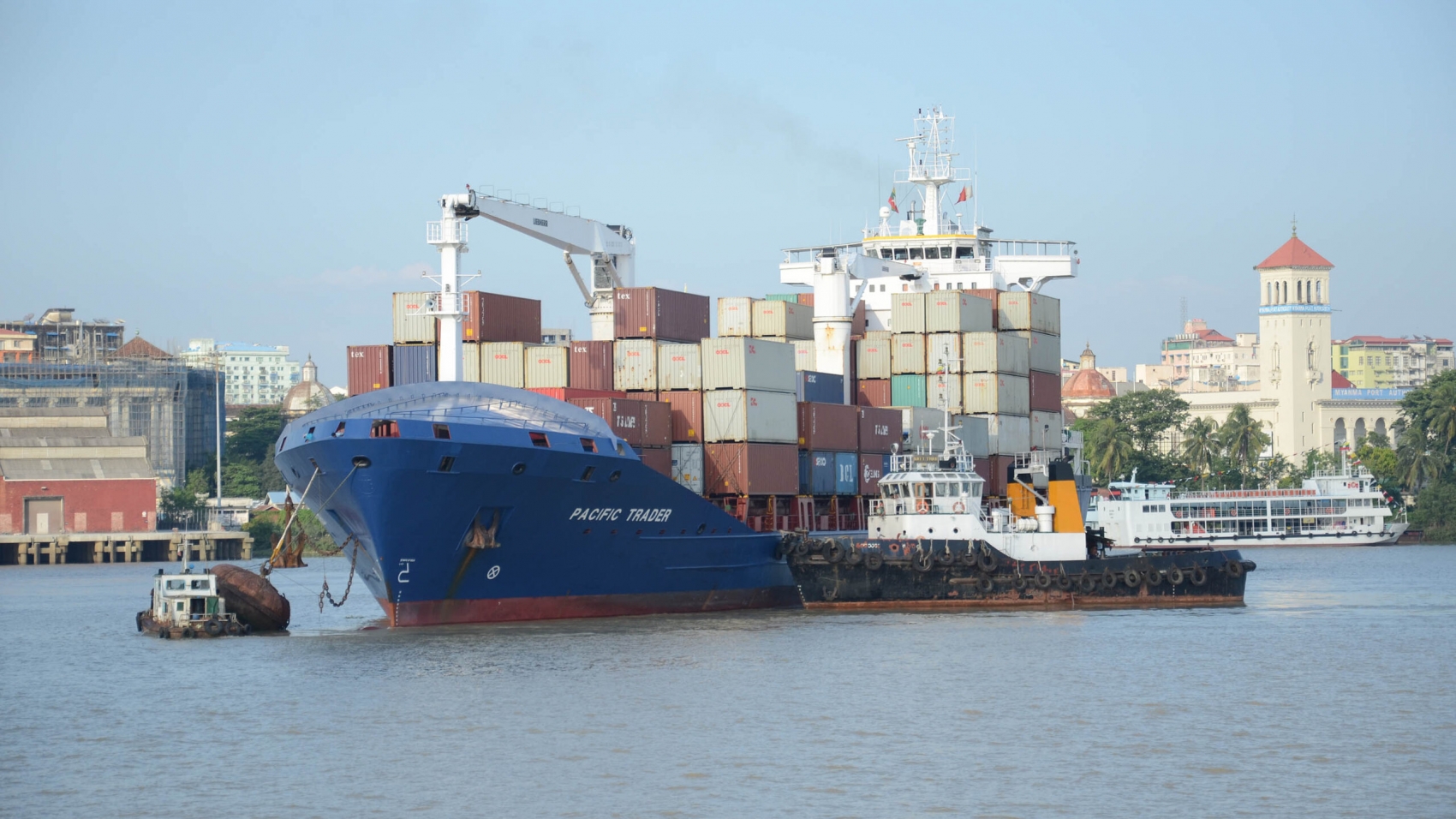 In order to facilitate exports and imports, Myanmar Industrial Port (MIP) is reportedly handling 25 to 35 cargo ships per month. Myanmar delivers agriculture and livestock products, finished industrial goods and other goods to external markets via the sea trade. The smooth transition of cargo ships and containers is contributing to the mechanism of economic development. There are five important terminals of Yangon Port and two Thilawa terminals in maritime trade in Yangon. International trade depends on 90 per cent of the sea trade during the COVID-19 pandemic.

Myanmar’s government endeavoured to ensure trade facilitation and maritime trade returned to normalcy through a concerted effort. MIP is providing 24-hour services for six ocean liners including Myanmar Five Star Line, with over 700 staff and over 200 wage labourers. MIP gave the go-ahead for export cargo with the necessary documents from Myanma Port Authority. Then, the Customs Department proceeded to the screening process for exports. For the imports, cargo unloaded from ships is temporarily piled up and the owners can withdraw them after the tax payment.

“MIP is delighted with its 24-hour nonstop service to ensure the fast and reliable cargo handling and withdrawal of the containers under the supervision of Myanma Port Author- ity. Three X-ray machines scan the goods and the goods can be withdrawn once they pass the Myanmar Customs. If we move the screening process of exports to Dry Port, it would handle more containers up to nearly 1,000 from over 500. It will increase revenues and make trade faster. That kind of constructive approach in line with global standards in maritime and port will bring about the benefits to the State”, said an official of MIP.

A 20-feet container is allowed to keep at MIP for seven days with daily container service charges of US$2-4. If they remain stranded at the Port for one year, they will be publicly auctioned off. Those containers unclaimed at the Port can wreak havoc on the cargo handling process and trade flow. Myanmar Port Authority and Myanmar Customs Department are implementing a plan to clear those abandoned containers through public auction at Yangon Port terminals. Between January and December 2021, MIP handled over 2,110,000 (20-40 feet) containers and over 307,000 Twenty-foot Equivalent Units. It provided safe and fast cargo loading and unloading services for 230 cargo ships.