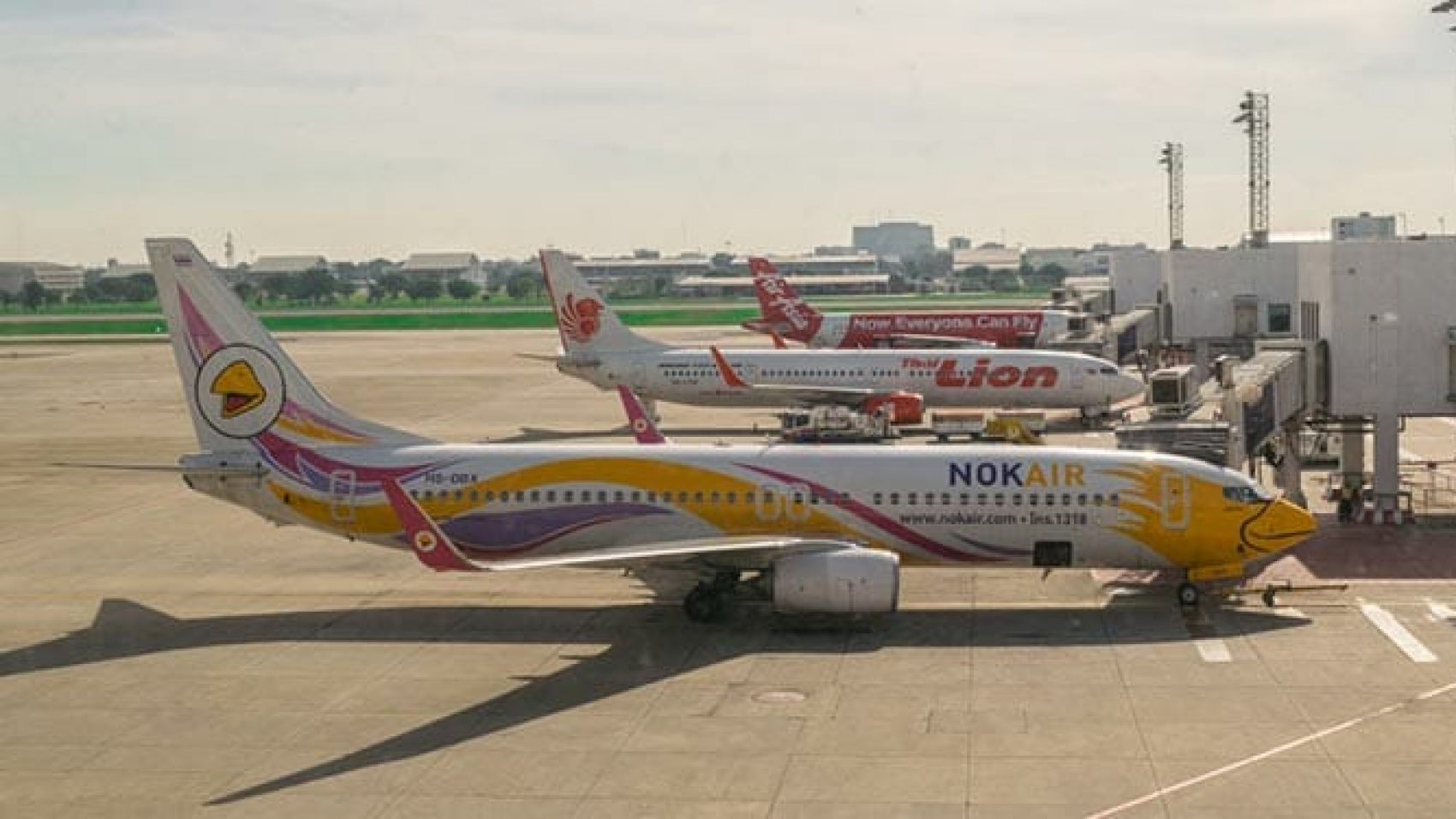 YACL provides services in accordance with the guidelines of the Department of Civil Aviation (DCA) and the International Civil Aviation Organization (ICAO). In cooperation with relevant partner organizations for running the international flights, it has been monitoring and notifying flight passengers of the arrival/departure restrictions required by the country of travel. 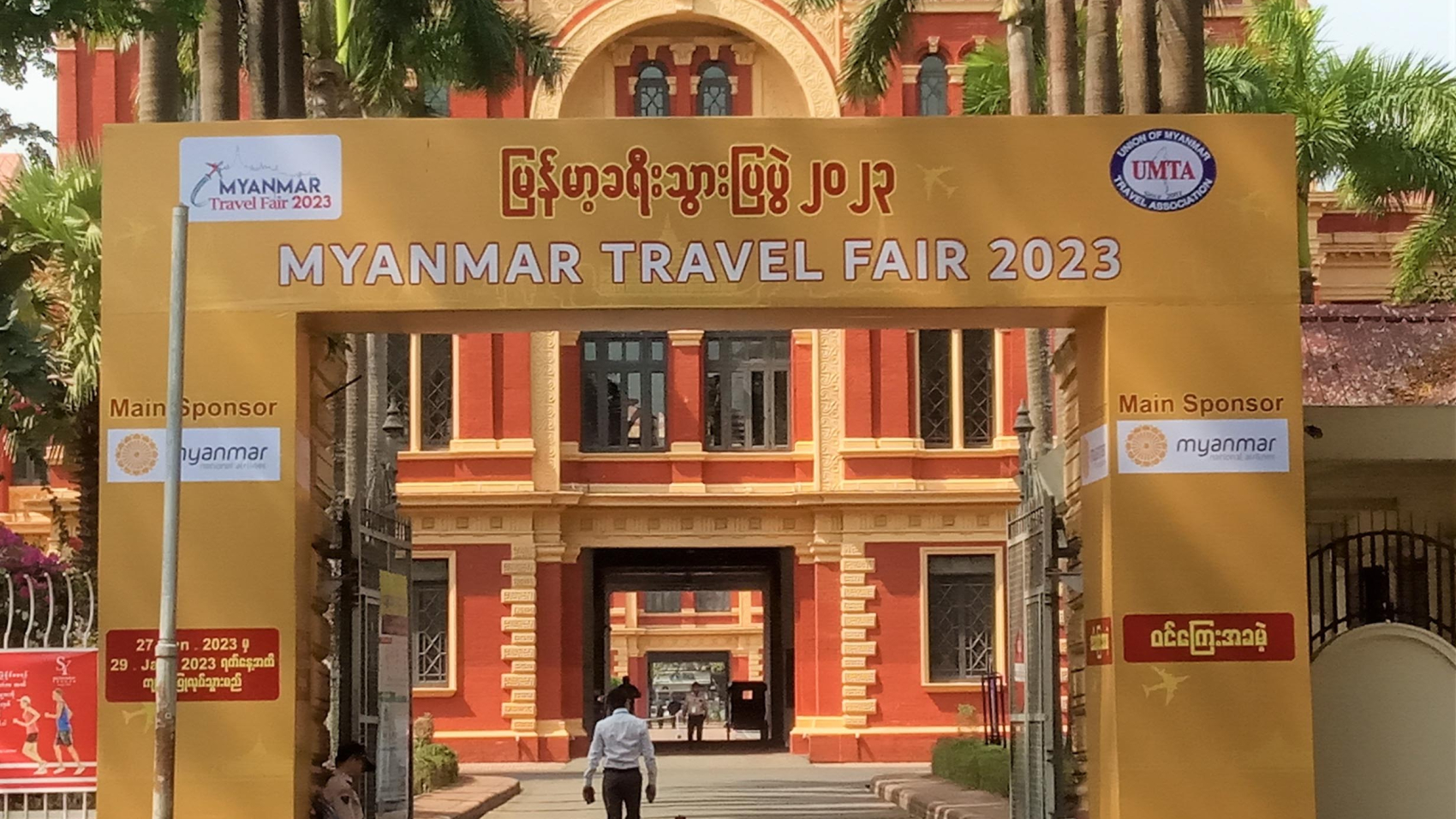 The Myanmar Travel Fair 2023 will be held at the Secretariat Office in Yangon starting from 27 to 29 January. The event will include over 40 booths of travel companies, airlines, hotels, restaurants, handicrafts, local products, local foods, insurance companies, healthcare companies and travel agencies from Thailand and Malaysia.

The event is organized by the Myanmar Tourism Entrepreneurs Association and aims at encouraging the revival of the tourism industry in January, the beginning of the tourist season, according to officials.
In the tourist season of 2023, vacationers are visiting Bagan, Popa, Pindaya, Inlay, Ngapali, Chaungtha, Ngwehsaung, Myeik Archipelago and historical pagodas.

The Myanmar Tourism Entrepreneurs Association and partnership associations together provide services for the pleasure trip to be quick and smooth. Visitors can participate in the lucky draw programme for inbound/outbound air tickets, hot-air balloon tickets and hotel tickets. The fair will be open from 9 am to 6 pm. 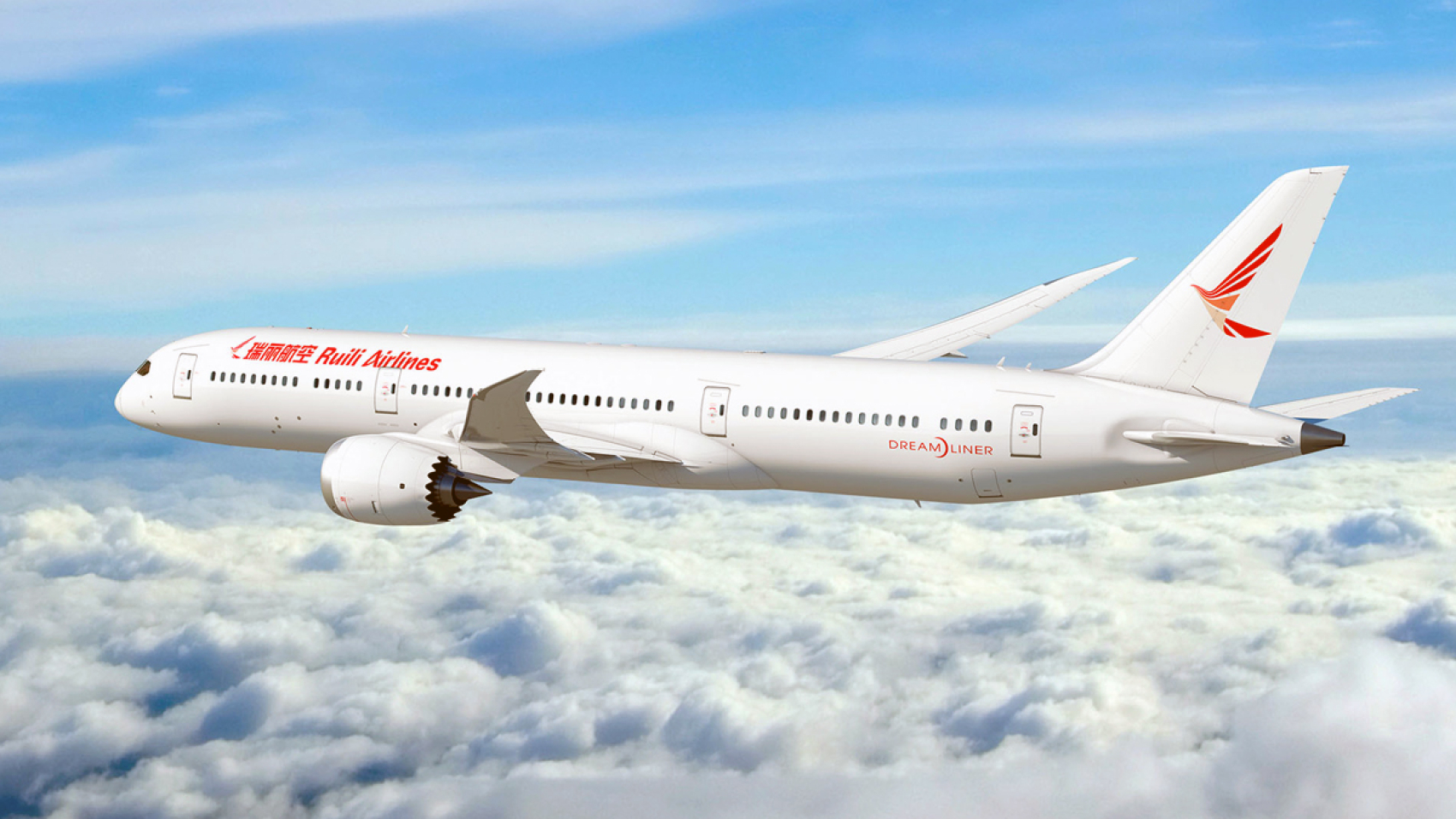 A Mandalay-Mangshi direct flight will be resumed on 21 January and will operate three days a week. Ruili Airlines has temporarily suspended flights due to the Covid-19 pandemic and will launch weekly flights on Tuesdays, Thursdays and Saturdays starting from 21 January. The flight will leave from Mangshi at 5 pm and arrive in Mandalay at 6:10 pm. It will leave from Mandalay at 7:10 pm and arrive in Mangshi at 8:10 pm. 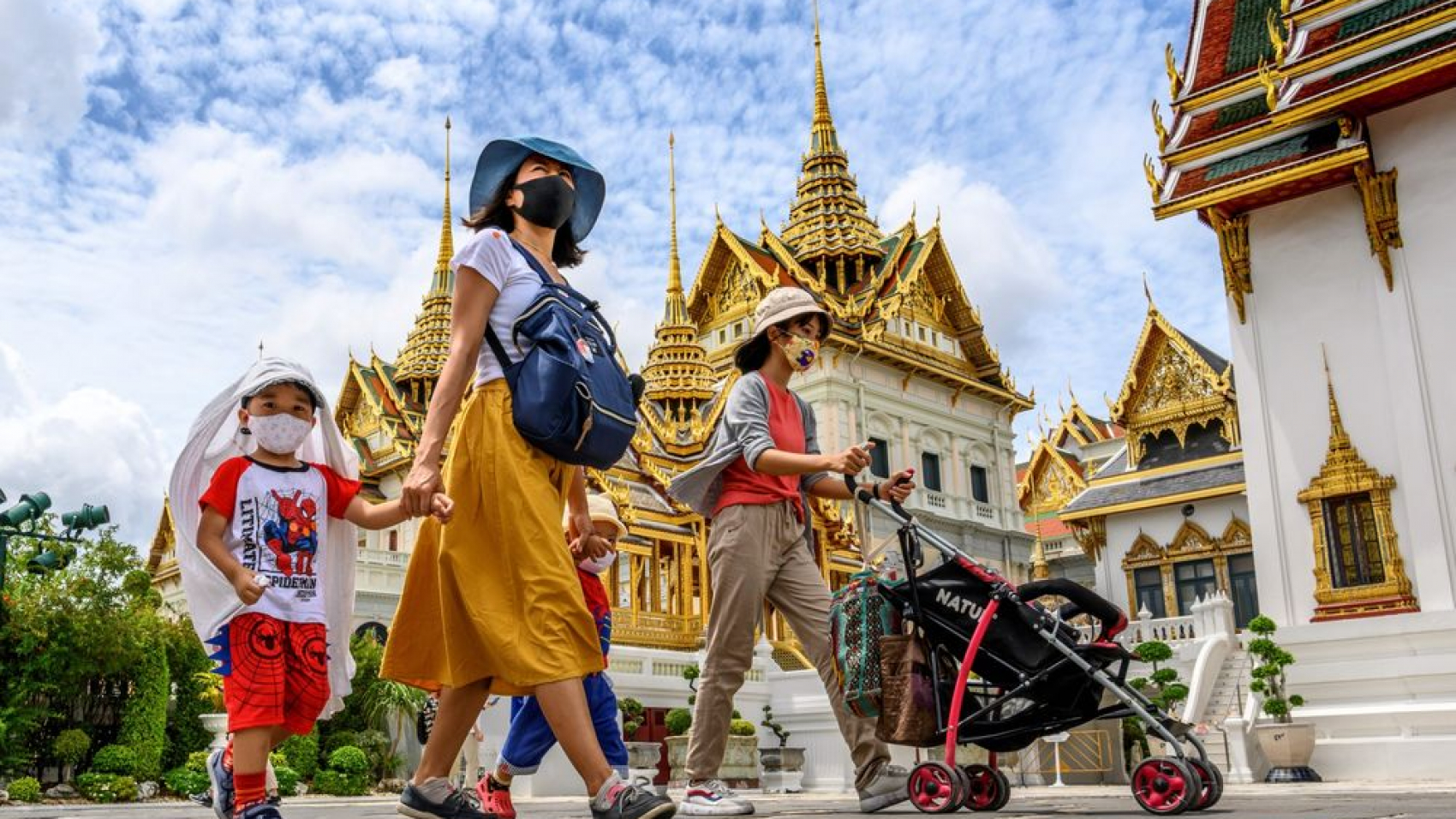 Thailand has announced the extension of a visa-free period for Myanmar citizens from 14 days to 45 days, according to the statement of its Ministry of Foreign Affairs.

The Thai government extended the visa-free period for foreigners entering the country to 45 days from 30 days starting October 2022, and Myanmar citizens are also on the list for a 45-day visa exemption stay period. According to the bilateral agreement, any Myanmar passport holder is also among those who will be granted 45 days of visa-free stay in Thailand.

When the Thai government granted up to 30 days of visa-free stay to foreigners entering the country, Myanmar citizens were allowed only 14 days but could stay for 60 days with tourist visas. The announcement was issued by the Royal Thai Embassy in Ottawa, Canada on 30 September. But, the Thai Embassy in Myanmar has not released such an announcement yet. 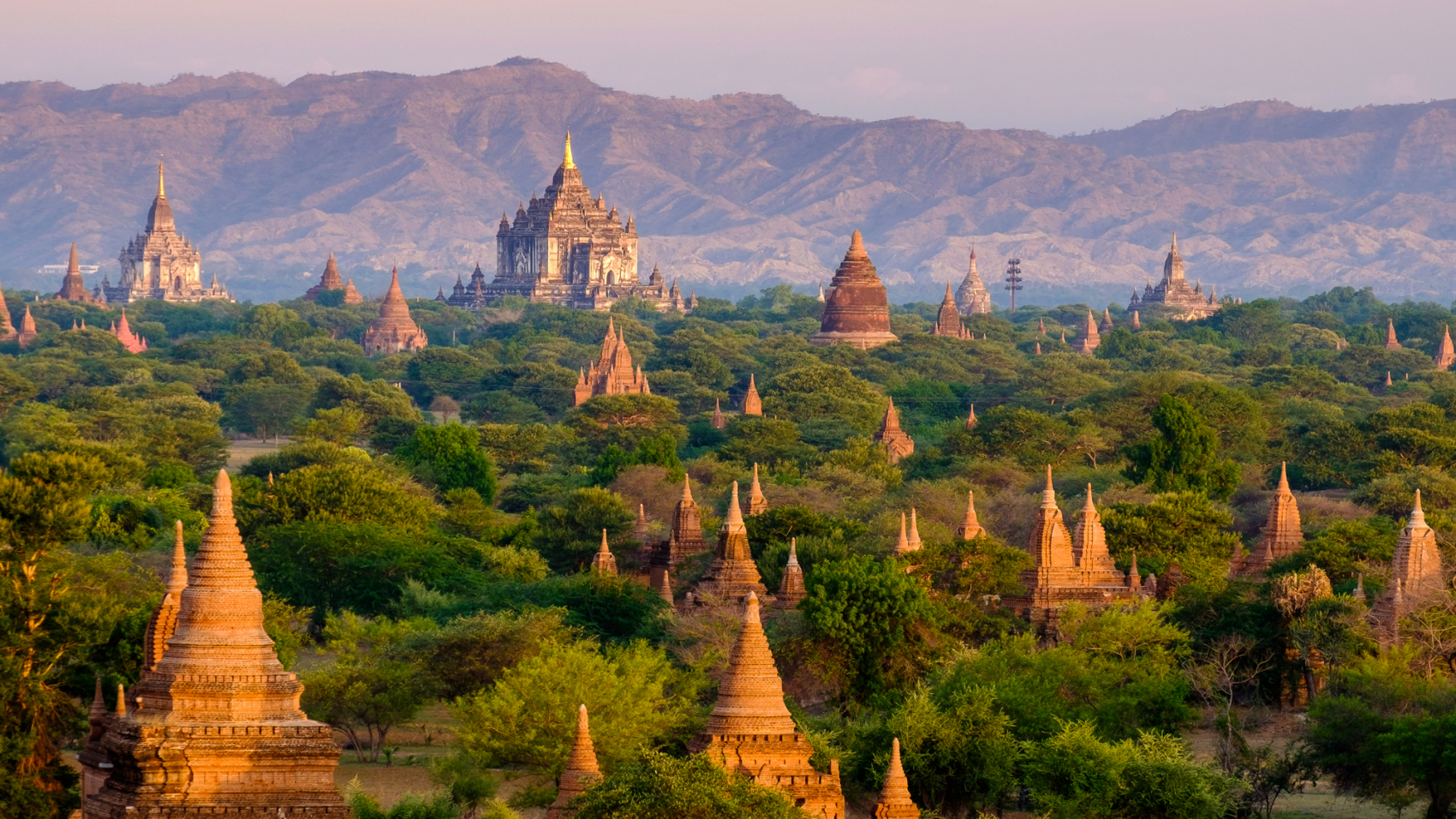 Those who will take a step in tourism will have to compete with business plans including tourism projects, thoughts and ideas. It’s a special programme about how to get tourism back on track. There will be galleries on show at the World Tourism Day 2022 and our representatives will participate in the exhibition as well. We will combine the current popular beaches and destinations in Myanmar to show what new destinations can be visited,” said President U Naung Naung Han of the Union of Myanmar Travel Association.

It is known that the theme of this year’s ceremony is “Rethinking Tourism” and the Myanmar Tourism Marketing Association-MTM including the Ministry of Hotels and Tourism, related ministries, Myanmar Tourism Federation, Union of Myanmar Travel Association, Myanmar Hoteliers Association and Myanmar Restaurant Association will display the topics that can redevelop Myanmar’s tourism industry in relevant galleries.

“There will be around 30 booths related to tourism industry in the exhibition according to the relevant states and regions. Photo exhibition and extempore talk contest were held by the MoHT to mark the World Tourism Day 2022 and the awards will be given to winners at the ceremony,” he explained further. The World Tourism Organization under the United Nations is founded in 1946, and 27 September was set up as the World Tourism Day since 1980, it is learnt. 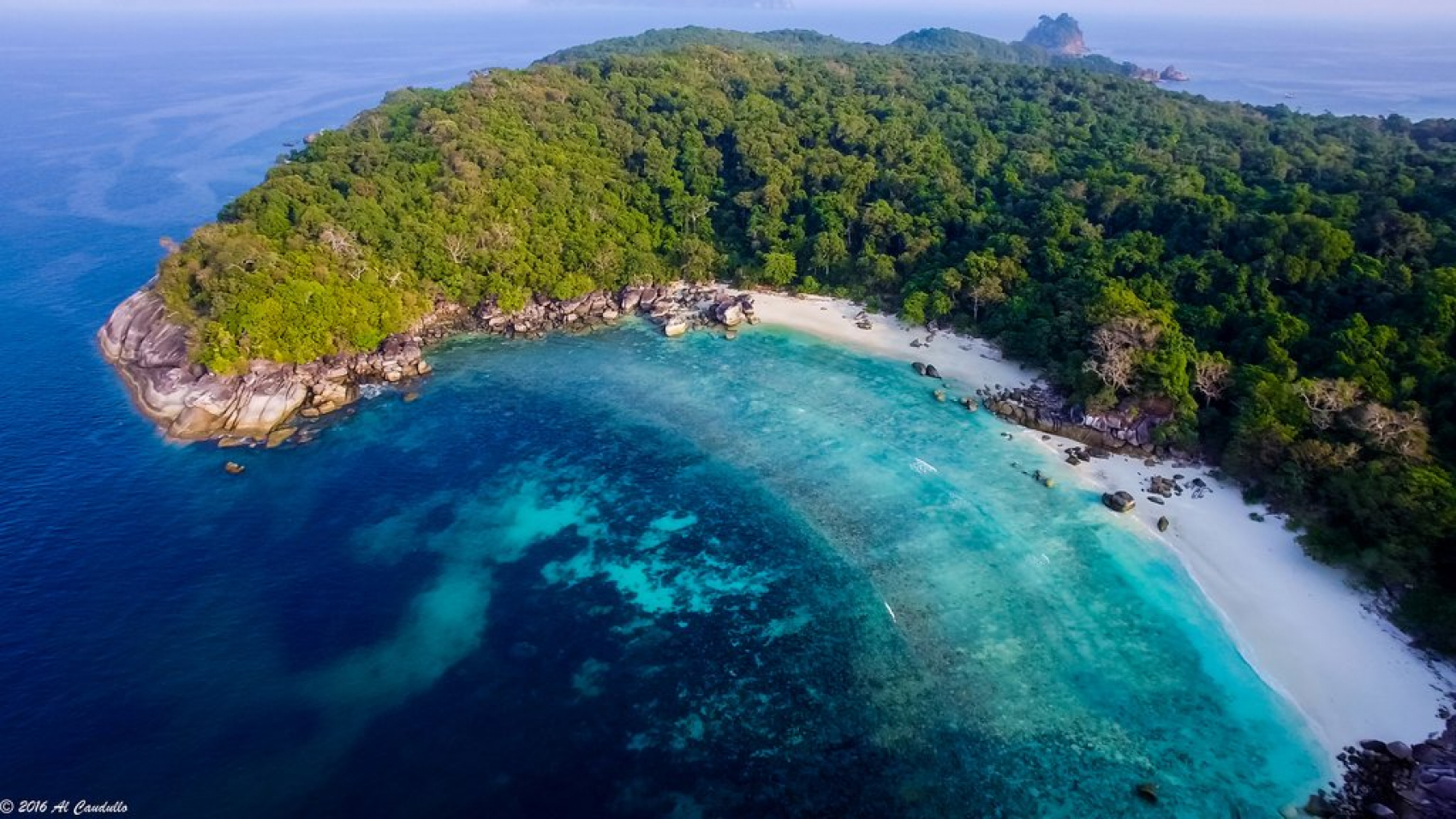 The open season for travel is drawing near, and preparations are being made for local and foreign visitors to the islands in the Kawthoung and Myeik districts of the Taninthayi Region, according to the Directorate of Hotels and Tourism (Nay Pyi Taw). The local and foreign travellers start visiting the islands of Kawthoung and Myeik districts in the peak season. The tourism industry faced a decline in the COVID-19 outbreak and the government resumed domestic/international flights on 17 April 2022 to remedy the tourism sector. Currently, the local visitors pay a visit to the islands of Kawthoung and Myeik and arrangements are being made for the foreign visitors.

The tours to Kawthoung and Myeik Archipelago are prepared to reopen as per the COVID-19 preventive measures. There are over 800 islands in Taninthayi Region and over 200 islands in Myeik Archipelago and is an island where Myanmar’s only Marine National Park, Lampi Island, is located. According to the research of marine experts, there are 195 evergreen forests, 63 flora on mangrove and sand-dune forests and 19 types of mammals and cold- and warm-blooded animals on the coral reefs. The well-known islands in Kawthoung District are Lampi Island, Bocho Island, Hlainggu Island, Saturn Island, Kophawt Island, Taunglapoh Island, NyaungU Phee Island, Natthamee Yaytwin Island, Done Island, Done Yetagun Island, Ngaman Islands, 254 and 256 Islands, Myanmar Bam Island, Auknee Island, Tawwin (South) Island, Tawwin (North) Island, Macleod Island, Kyunn Phila Island and Nanathee Island.

The Myeik Archipelago boasts perfect islands like Thameehla Island, Taungpangyi Island, Bailey Island, King Island or Marcus Island, Smart Island or Parpa Island, Cock Comb Island, 115 Island and Waale Island. The Myeik Archipelago tourism Industry was implemented in 2014 and the Taninthayi Region’s tourism industry was well developed hosting between 200 and 300 travellers per day during long holidays. The officials arrange speed boats and vessel services for transportation and the tour guides follow the instructions of departments concerned for the safety of travellers and not affecting the natural environment by cooperating with the residents. “We have high expectations this open season. We make preparations to start with local travellers. The hotels are reopened and some make preparations. There is information provided on the website and media for travel in cooperation with the regional government. The main point is that arrangements are being made to provide services in accordance with the COVID-19 health rules at the hotels and the hotels are also granted HSP certificates. The department conducts training courses for tourist guides regarding COVID-19 preventive measures.

Therefore, we are making efforts for the travellers to be able to take good rest during their trip. Kawthoung and Myeik archipelago are indeed the best places for travelling and excursion,” said U Zeyar Myo, Deputy Director-General of the Directorate of Hotels and Tourism (Nay Pyi Taw). The department was invited to the International Tourism Fair in Seoul in August 2022 and International Travel Expo Ho Chi Minh City (ITE HCMC 2022) and will promote the tourism industry of the country in 2023. The travellers to these islands can study the lifestyle of Salon people who are described as Sea Gipsy, the natural beauty of the sea and islands, coral reefs and fish species by diving, and can go fishing, study the whales, dolphins, sea turtles, seals, Hornbills, sea butterfly, Mali bird, Grey-rumped Swiftlet and other bird species. The community-based tourism, hoteliers, tourist guides, boat drivers and locals are expecting a large volume of travellers to Kawthoung and Myeik archipelago where the world’s best golden pearls are produced. 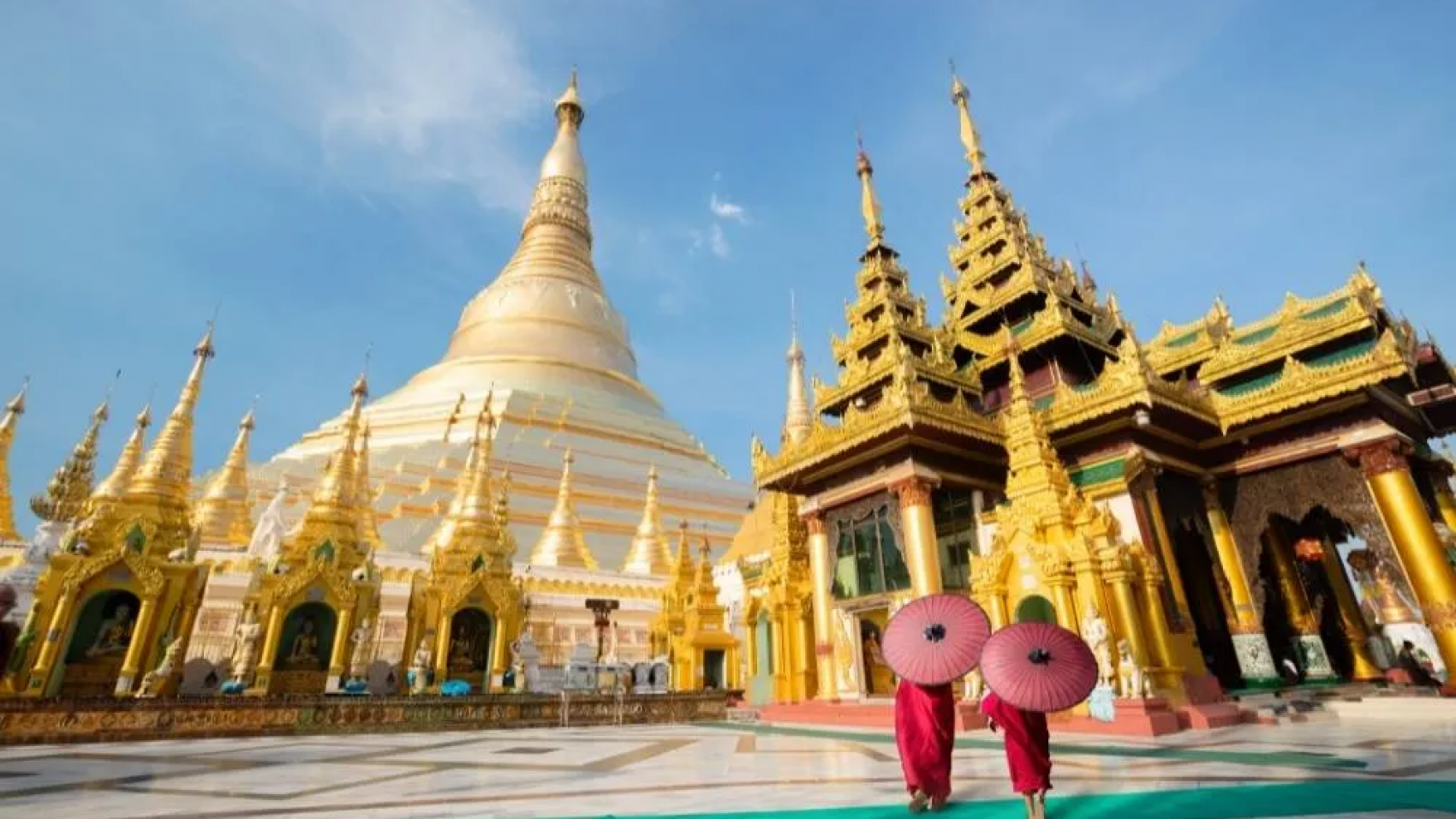 The seventh tourism exhibition will be held in Yangon in September 2022 to revive domestic tourism,
which is suspended amid the Covid-19 pandemic. Myanmar Tourism Entrepreneurs Association held tourism-related exhibitions to promote tourism development. A total of six events were convened before the Covid-19 pandemic. Plans are underway to hold the seventh tourism exhibition in September.

Normally, the tourism season in Myanmar starts in October and the tourism companies used to sell programmes for domestic and international tours in September. This exhibition will take place at LOTTE hotel in Yangon on 17 and 18 September 2022 and is open to anyone.

Travellers will have the chance to observe and buy domestic and foreign tour programmes. As a special programme, discounted tours will also be exhibited. In the exhibition, information on countries tourists can visit, visa information and restrictions will be available. Flight tickets and tours will also be on sale at special prices during the travel fair by relevant airlines and travel agencies. 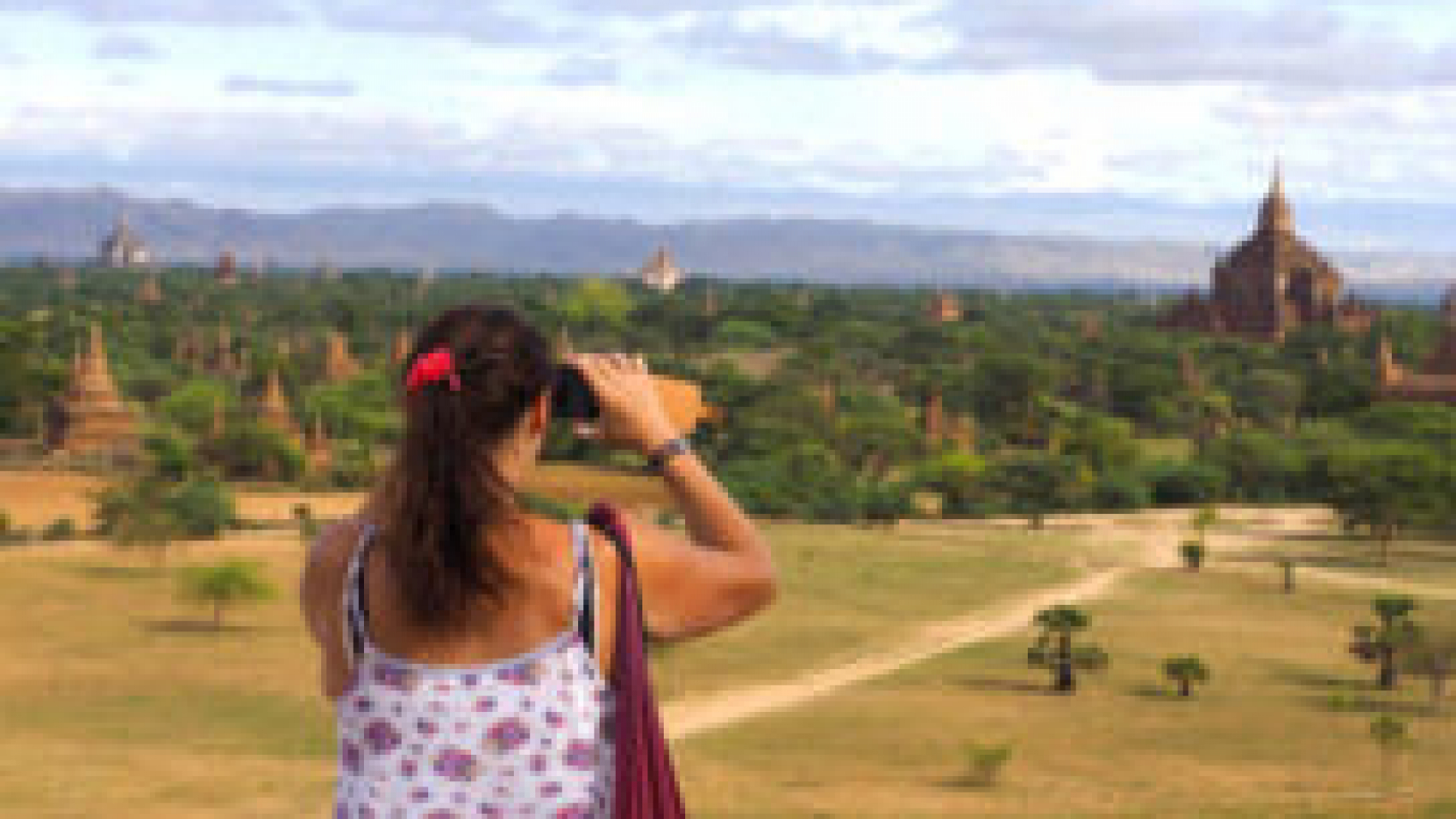 More than 3,000 foreign tourists with tourist visas visited Myanmar between 25 May and 12 August, according to the Directorate of Hotels and Tourism. The tourists were from Thailand, Korea, India, Malaysia, Japan, Singapore, the US, Chinese Taipei, Sri Lanka and Viet Nam, data showed.

Although the entry of tourists is allowed, over 400 local agencies has not renewed their licences. A total of 475 travel agencies including 43 outbound companies will be removed from the company registration lists if they fail to renew their licences, according to the Directorate of Hotels and Tourism. 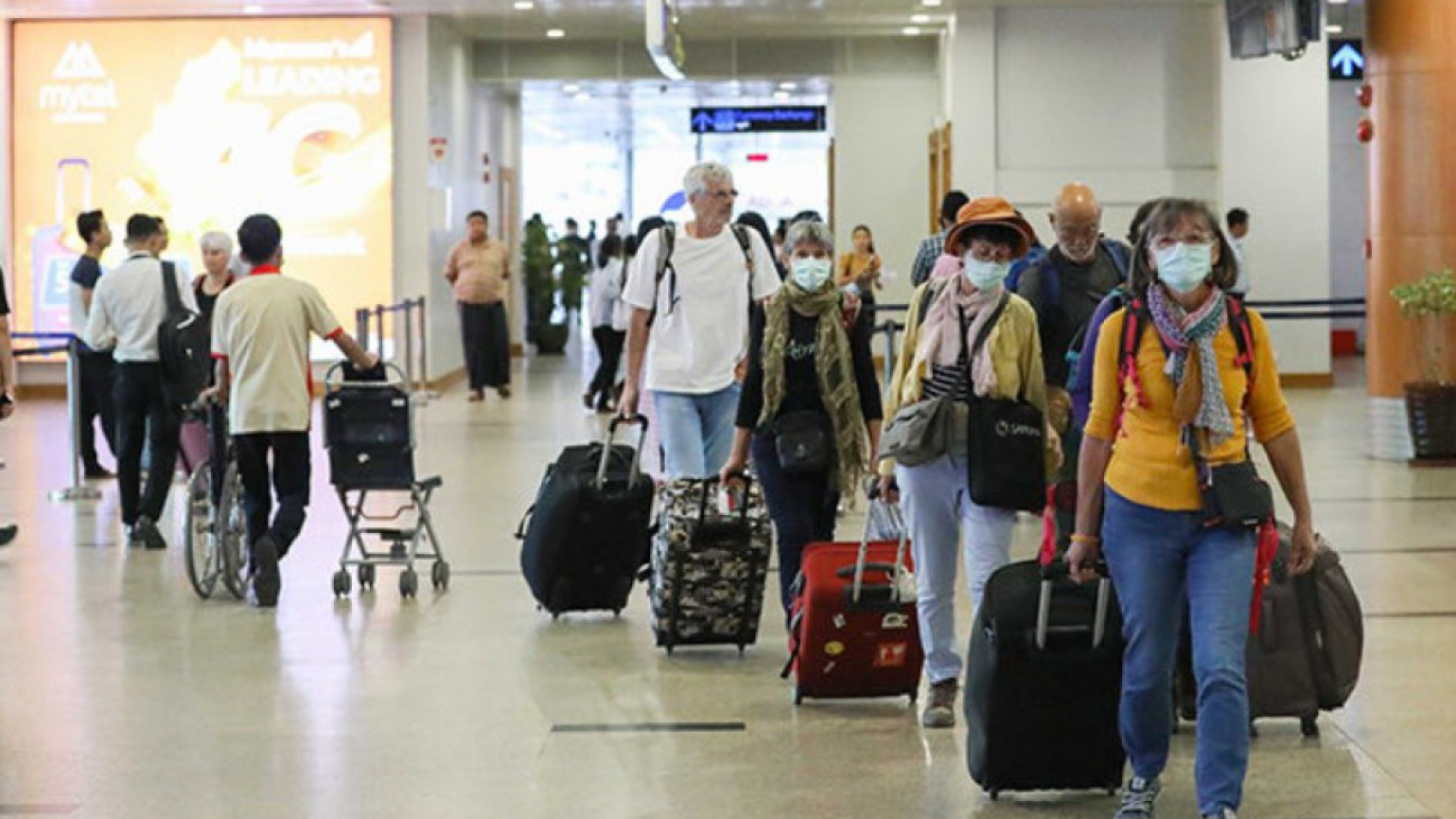 The Ministry of Foreign Affairs released the terms and conditions of tourist visas for entering Myanmar via Yangon International Airport. It said if the decision is made to disallow entry, the passengers have to return by the same flight. The applicants must have the certificate of full vaccination, the colour photo taken last three months and relevant documents.

Moreover, all applicants shall abide by the laws of the Republic of the Union of Myanmar and shall not interfere in the internal affairs of the country. Tourist visas are not permitted for entry and if they are refused entry, passengers have to return by the same flight, it said. All international flight passengers to Myanmar must have certificates of full vaccination, according to the Yangon International Airport.

The Ministry of Health also released a statement regarding public health rules for international tourists on 1 August. Travellers shall have a COVID-19 vaccination certificate showing that they were fully vaccinated at least 14 days before arrival at Myanmar, a negative COVID-19 RT-PCR result and COVID-19 medical insurance purchased from Myanma Insurance and related documents.

Bangkok-Yangon flights such as Thai Air Asia, Thai Smile and Nok Air airlines resumed direct flights at Yangon International Airport on 1 July for convenient aviation transport between the two countries, according to the Yangon Aerodrome Company Limited (YACL). The first flight FD-252 by Thai Air Asia arrived at Yangon International Airport from Bangkok at 8 am yesterday.

The three direct flights will be operated weekly on Monday, Friday and Sunday depending on the number of passengers. “The Yangon International Airport is coordinating with relevant ministries to ease the Covid-19 restrictions and to welcome more airlines soon. The resumption of airlines would enhance domestic tourism, domestic airlines and the economy of the State,” said Capt Kyaw Soe Hla of the Myanmar Airways International.