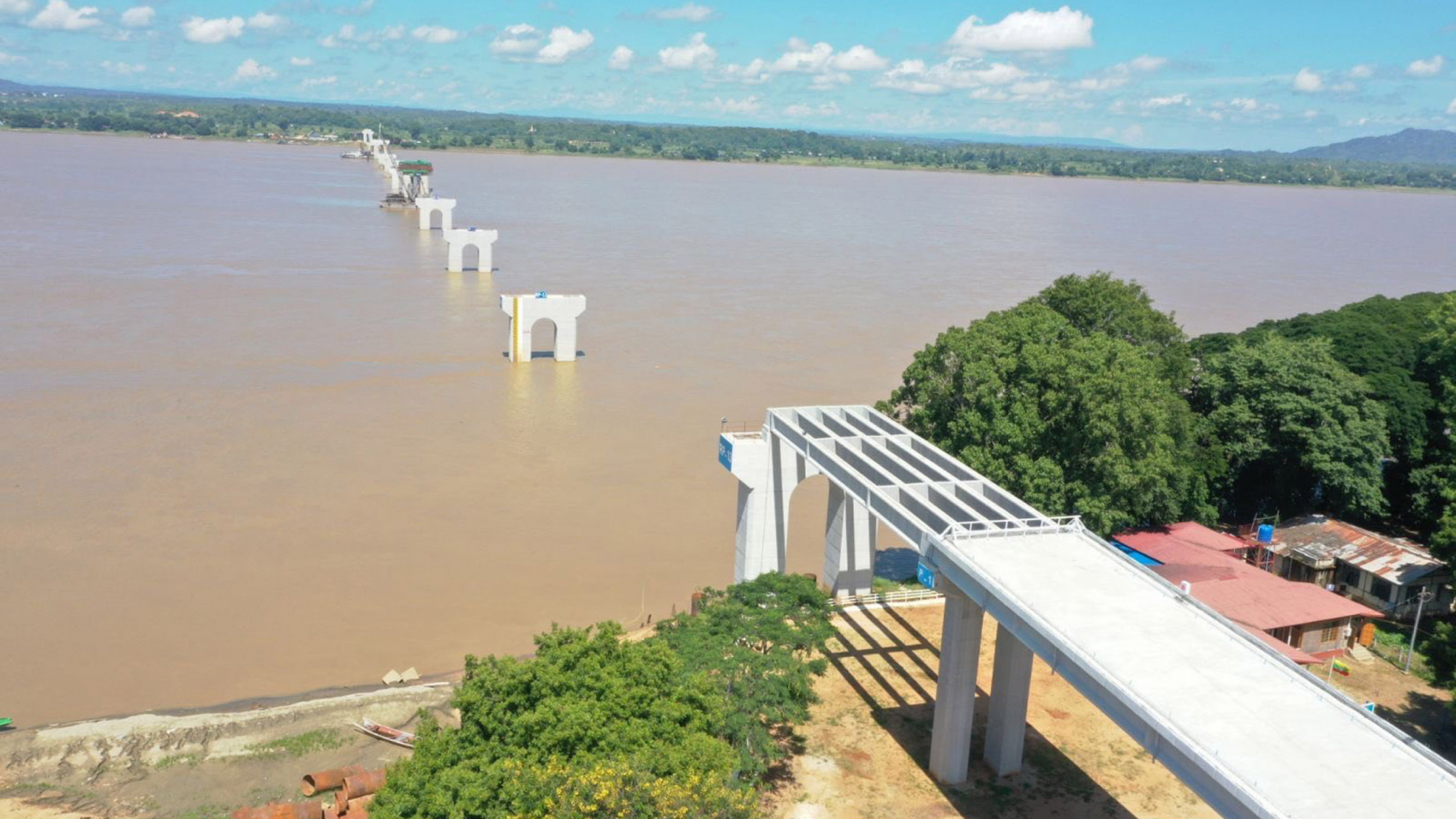 The Ayeyawady Bridge (Thayet-Aunglan) project in Magway Region is now 52 per cent complete, according to the Bridge Task Force (3) of the Bridge Department. “We completed the foundation for the main bridge. From RP 1 to RP 13, only RP2 is left. We will start the RP2 operation when the water level of the Ayeyawady river falls and all the RP of the main bridge will be 100 per cent completed this 2022-2023FY.

For the deck operation of the approach bridge, we complete nine 30-metre-wide spans out of ten on the bank of Thayet and seven spans out of eight on the bank of Aunglan. The bridge handrail and deck paving operations will be completed in 2022-2023FY,” said U Htay Aung, Director of the Bridge Task Force (3). The feasibility study for bridge construction was conducted in 2015 and Bridge Task Force (3) of the Bridge Department of the Ministry of Construction started the construction on 17 December 2018.

“The iron frame tender for the main bridge has been invited at the Bridge Department of the Ministry of Construction in Nay Pyi Taw. Depending on the number of iron frames, we will keep carrying out the conveyance and installation of iron frames. The project will be accomplished depending on the fund. We estimated to complete the entire project in 2025-2026FY,” said the director of the Bridge Task Force (3). 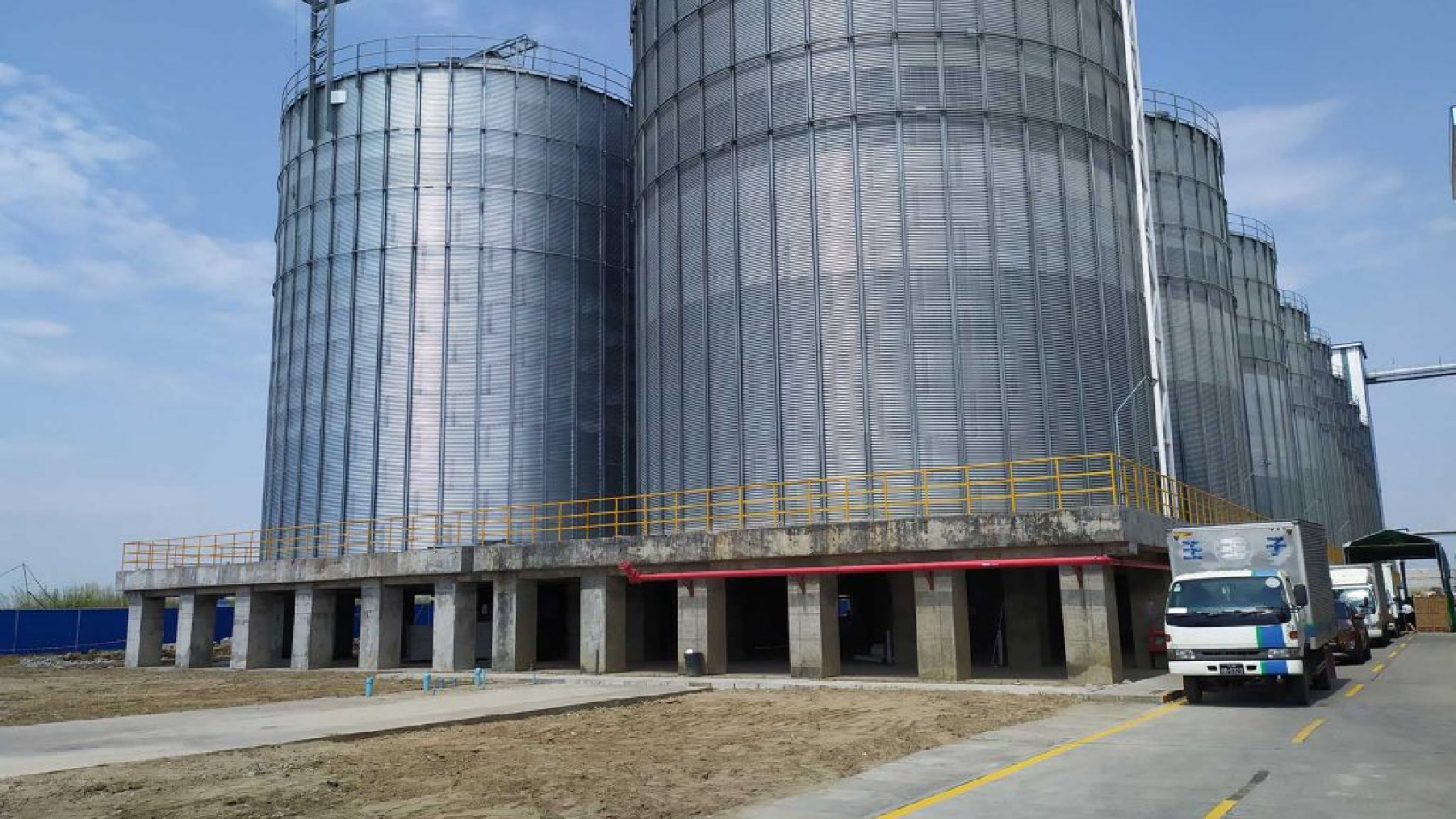 The government arranges to grant loans for the establishment of sunflower oil mills while the country is promoting sunflower cutivation rate, said Union Minister for Commerce Dr Pwint San during a meeting with members of Edible Oil Import and Distribution Supervisory Committee, Myanmar Edible Oil Millers’ Association and oil importers in Yangon on 9 July.

The Union Minister said it should promote the local production rate to reduce the palm oil import volumes. It is important to produce quality palm oil for the consumers. The country now produces crude palm oil and still needs to produce high quality palm oil. The importers should follow the set rules and regulations, he added.

The government also urged the business people to use Consumer Pack instead of oil barrels in coming fiscal year. He also stressed the advantages of using Consumer Packs such as there will be accountability of companies concerned by describing the trademark in full and protection of the rights and interests of consumers. 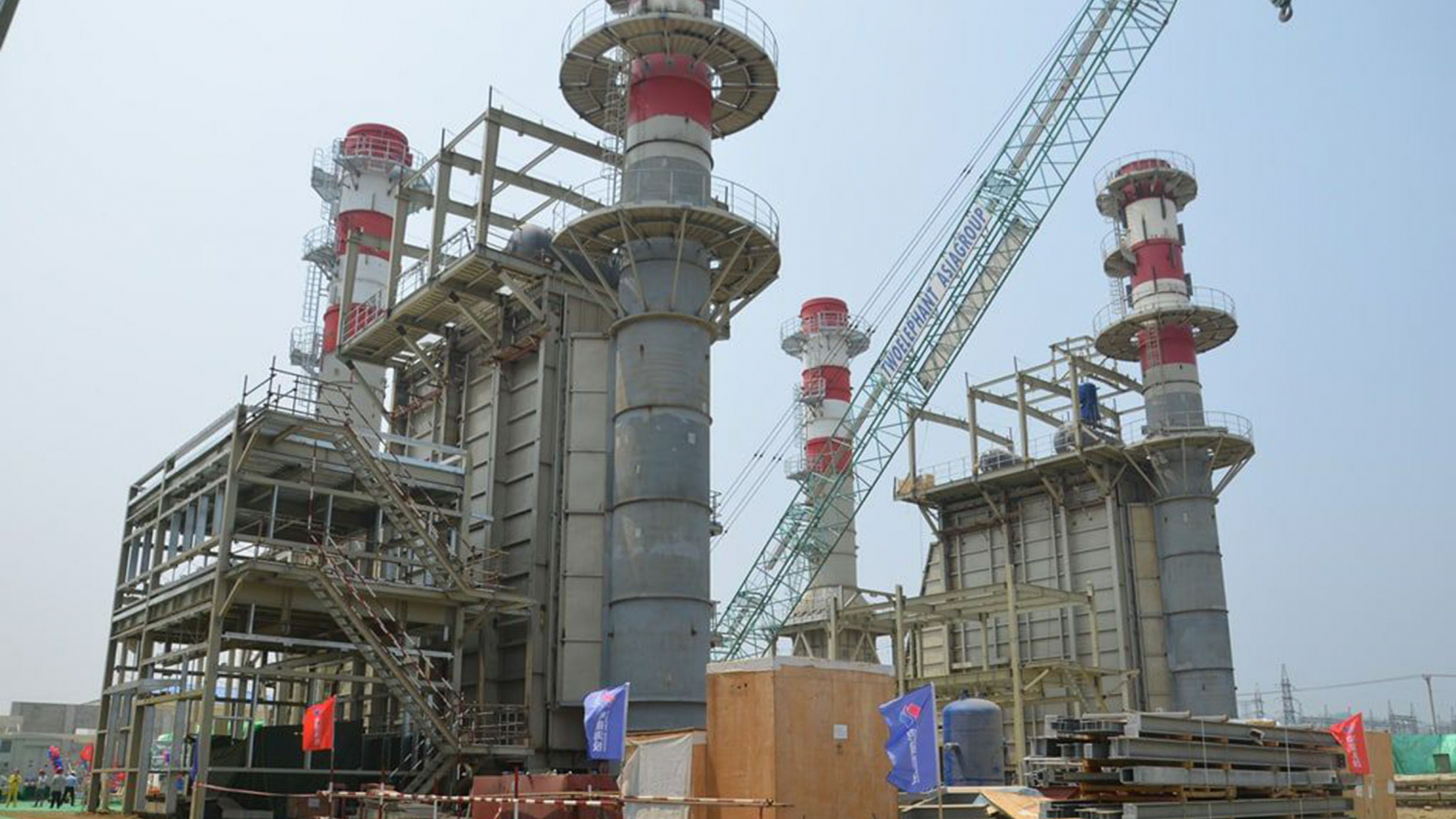 The Kyaukpyu combined cycle power plant project with a capacity of 135 mW will be completed in May
2023, according to the Kyaukpyu District Electric Power Generation Enterprise. The project was started near the Gangawdaw Pagoda in Kyaukpyu Township in 2020 and is 81 per cent completed to date.

The power plant will be installed with the German-made SGT-800 Gas Turbine in Myanmar, the first of its kind in Myanmar. When the power plant operates, it will generate 135 megawatts of electricity at a rate of 8.59 cents per unit. During the 25 years of operation of the plant, engineers from the Electric Power Generation Enterprise (EPGE) will be assigned to the plant and handed over the operational maintenance technology. 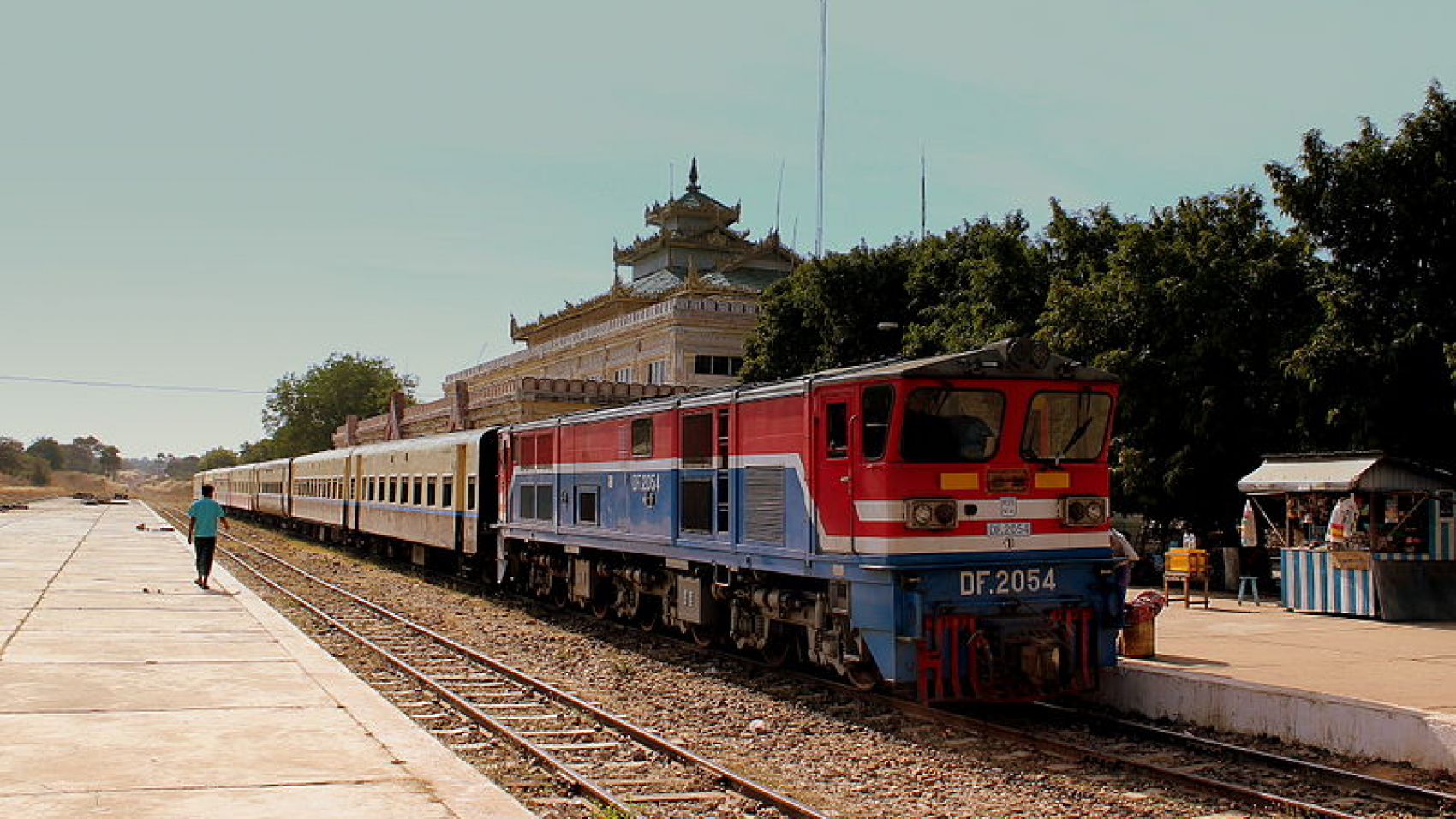 According to a statement issued by the Ministry of Transport and Communications, a Feasibility Stuty-F / S Working Committee has been set up to expand the Mandalay suburban ring road and subway system.
Feasibility Study (F / S) Working Committee for Expansion of Metropolitan Railway and Metropolitan Subway. The working committee will study the map development based on the urban development of Mandalay and the information and reports received from the relevant departments in the city, and will develop underground and suburban railways and related railway facilities in accordance with the future urbanization.

Under the guidance of the Ministry of Transport and Communications, the relevant departments will coordinate and coordinate under the supervision of Mandalay Region Government and Mandalay City Development Committee. In addition, the main purpose is to facilitate public transportation in the city. Coordinating meetings to coordinate possible route plans for subway operational conditions; Coordinating the relevant departments in conducting field survey studies to continue the feasibility study (F / S) within three months from the date set. The working committee will also report to the Ministry of Transport and Communications and the Mandalay Region government on the status of operations. 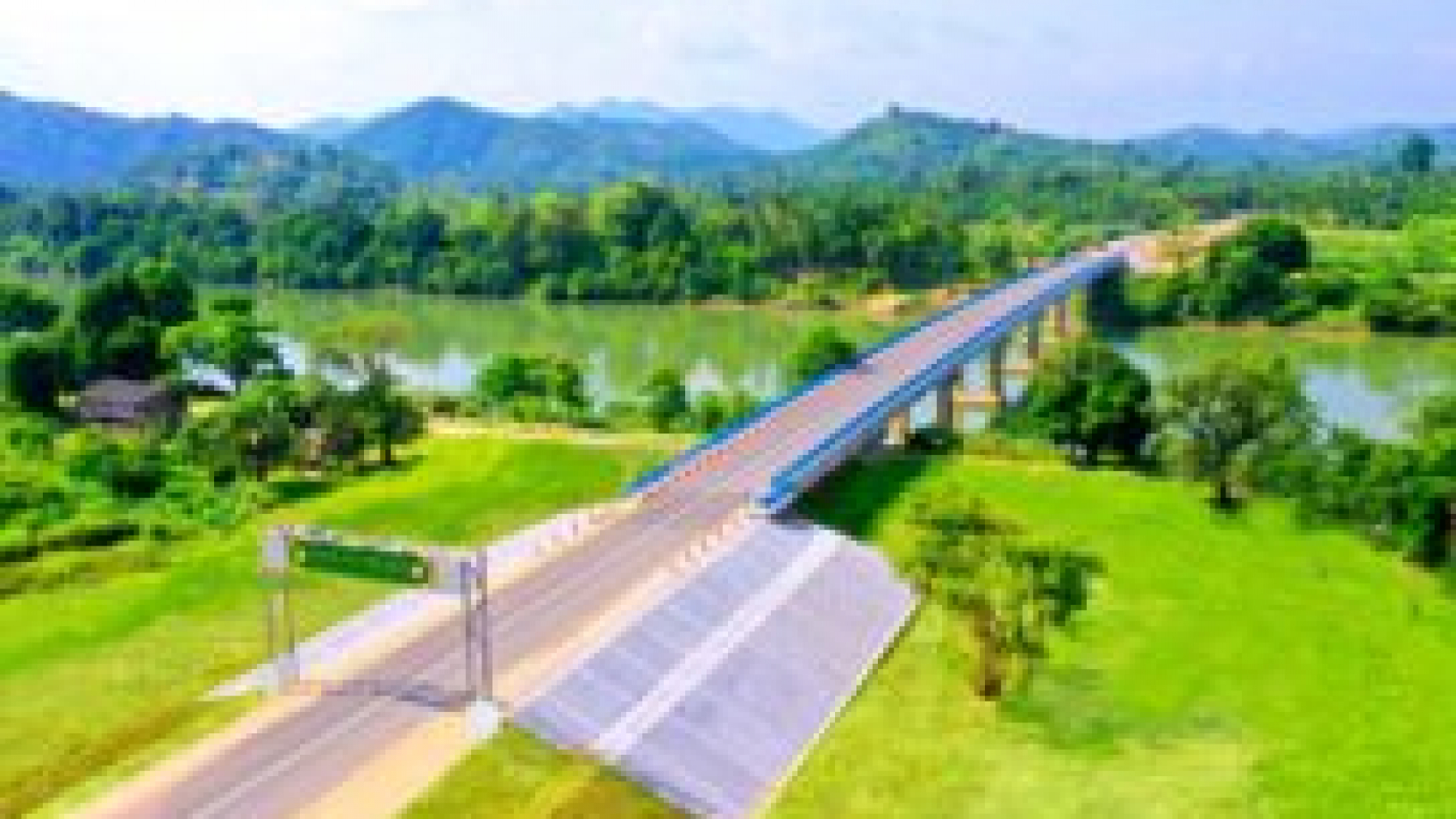 As a gesture of hailing the 77th Anniversary of Armed Forces Day, the opening ceremony of the 787 feet long Kyungon bridge built on the Bogale-Mawlamyinekyun-Kyonmange-Wakema-Myaungmya Road yesterday morning under the COVID-19 rules and regulations. While addressing the ceremony, State Administration Council member Daw Aye Nu Sein said the Republic of the Union of Myanmar has coexisted with 135 ethnic groups since ancient times. Priority is given to the infrastructural development which includes improving transportation and access to electricity.

She added the essence of the 2008 Constitution, which is the inclusion of all ethnic nationalities in the legislature, judiciary and administrative sectors, and the goal of the State Administration Council is to build a Union based on democracy and federalism by practising true and disciplined multi-party democracy with full justice. She also said that during the governance of the State Administration Council, the Central Committee, Working Committee and National Solidarity and Peace-making Negotiate Committee were formed in order to restore perpetual peace.

The government is also implementing road/bridge development both in urban and rural areas and remote regions as well.mAfterwards, SAC members Daw Aye Nu Sein and U Moung Har, Union Minister for Construction U Shwe Lay, the Ayeyawady Region Chief Minister, and the command commander cut the ribbons to open the bridge. The Kyungon Bridge is built right next to the old cable-stayed bridge and is a 24-foot-wide two-lane reinforced concrete bridge, with the foundation constructed with Bored Pile and the superstructure made of steel mesh. 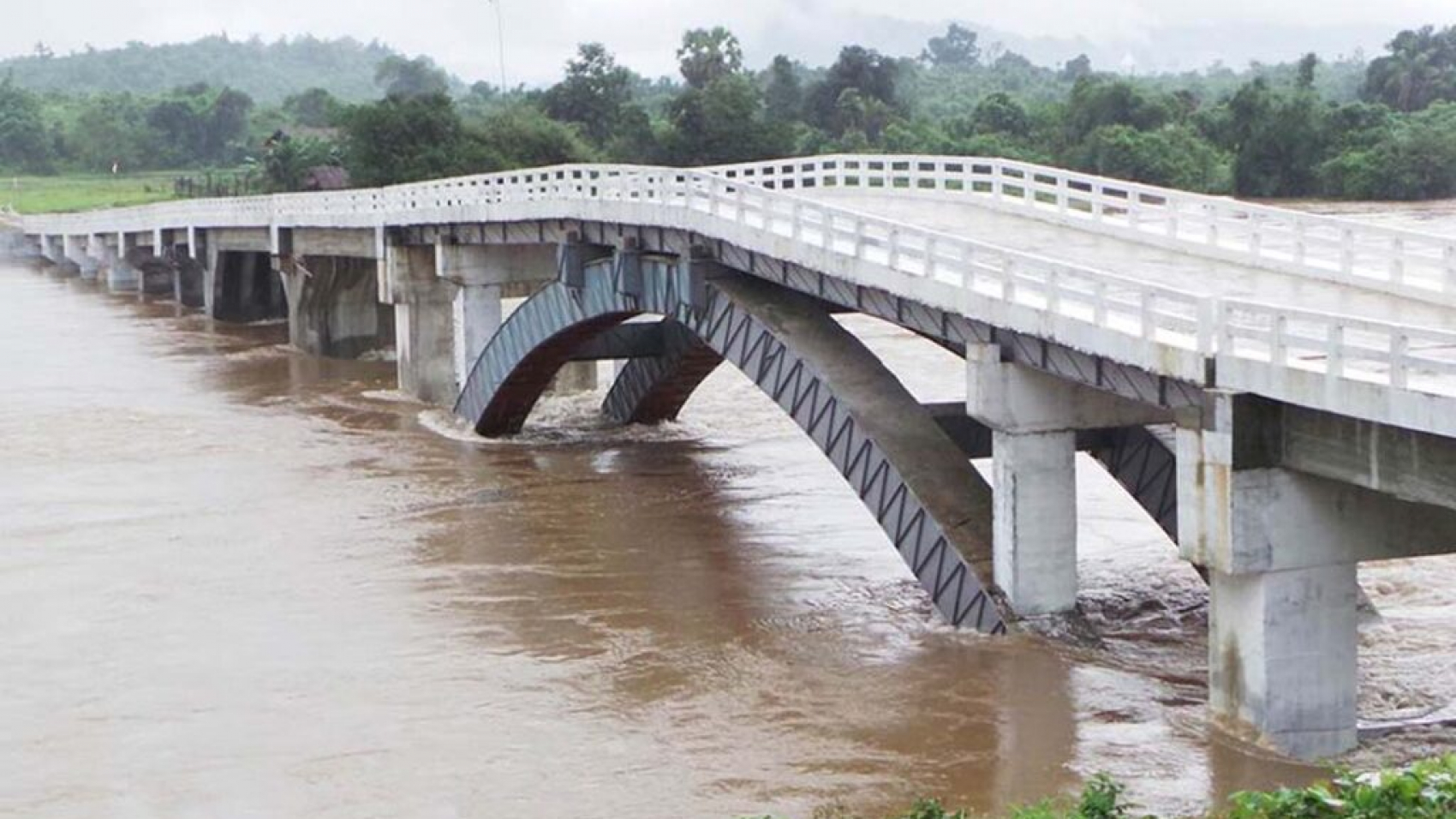 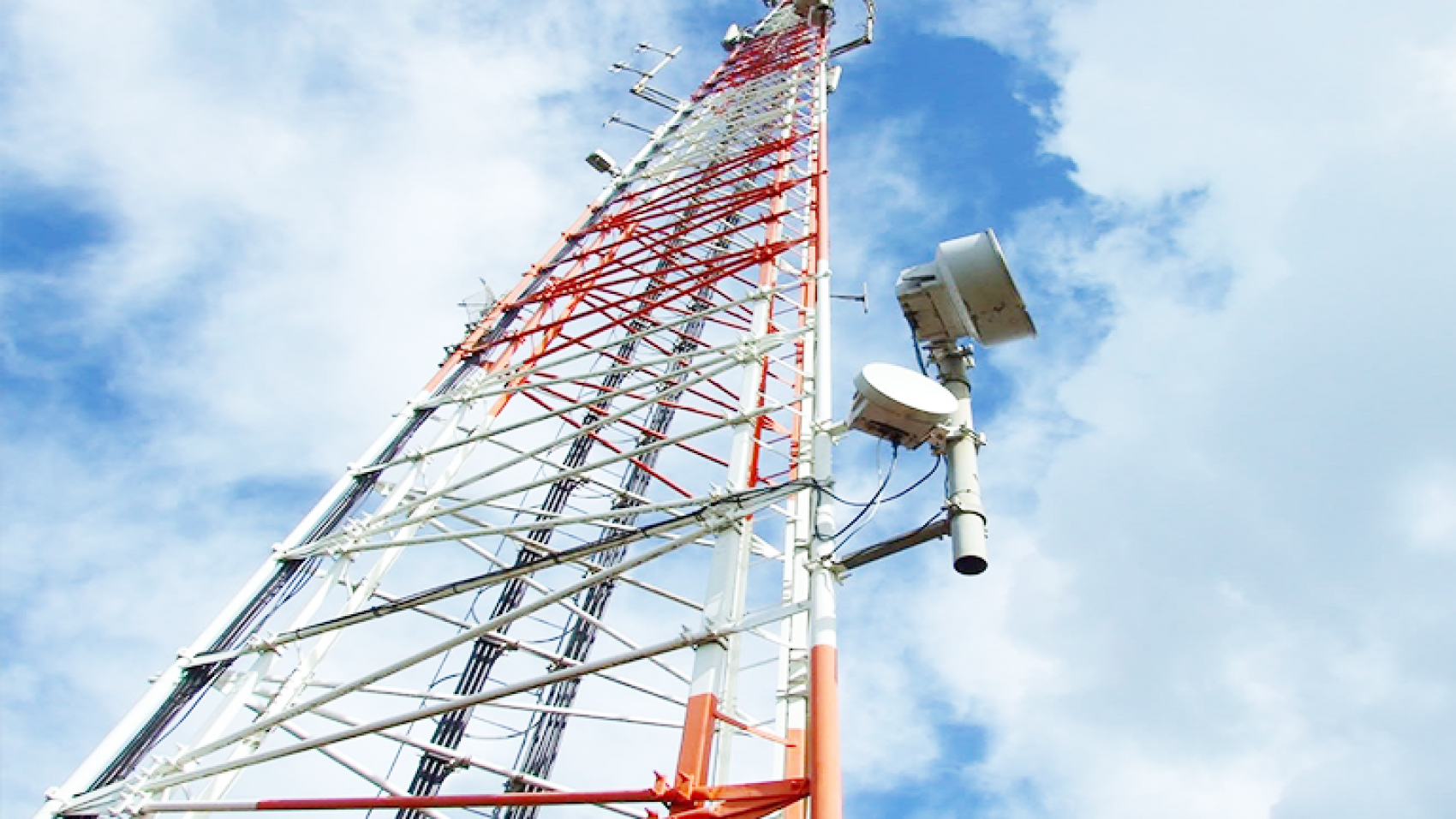 Four companies have been allowed to operate under the BOT system for the construction of a smart pole/monopole important for the implementation of a Metropolitan Fibre Network system in the Yangon region. The contract signing ceremony for the construction of the telecommunication tower was launched in the Mingala hall of Yangon region government office on 12 January.

The meeting was attended by Yangon Region Chief Minister U Hla Soe, regional ministers and officials. At the meeting, the chief minister delivered a speech that there should be complying with the terms and conditions of the contract, to launch discipline in the construction of the telecommunication infrastructure in the region and to assist by working together to eradicate illegal activities.

Then, region government secretary U Soe Soe Zaw on behalf of the government signed the agreement with officials from four tender winner companies. Regarding the construction of the telecommunication infrastructure in the Yangon region, the tender has been invited since 2019 to implement under the BOT system to construct the communication towers and to prevent illegal installation. In 2021, it is reported that the contracts have been signed with the four companies that won the tender. Nevertheless, the names of the four tender winning companies have not been released, it is learnt. 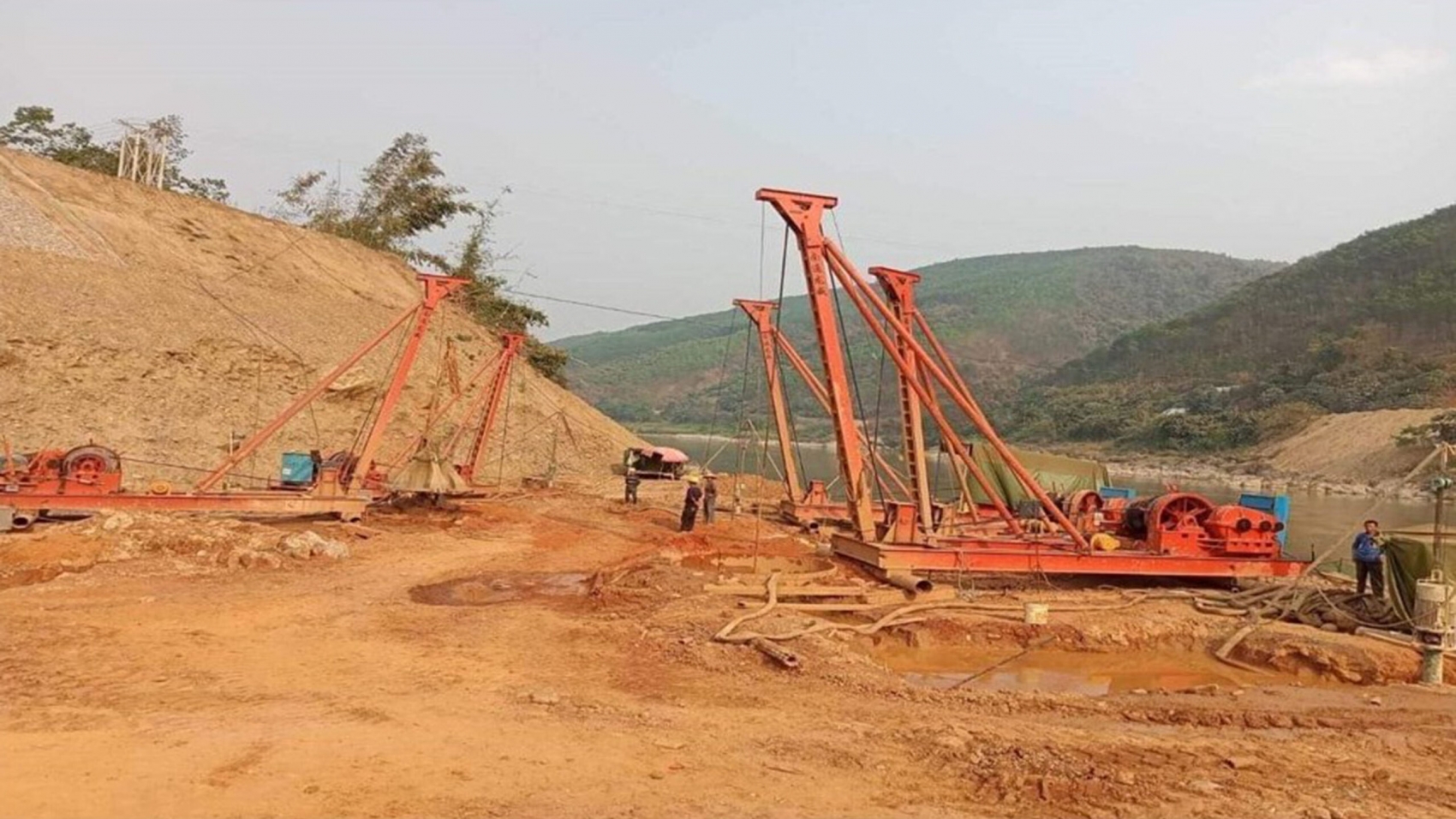 The two-lane 286 miles long Baland Cantilever Type Prestressed Concrete Box Girder bridge is 12 metres in width and it has a load capacity of 75 tonnes. Officials of the Bridge Department under the Ministry of Construction and China Embassy to Myanmar signed an MoU (Memorandum of Understanding) to make a feasibility study (FS).

The Chinese ambassador and the Union Minister for Construction signed the statement to support the new Kunlong Bridge project and exchanged it in Nay Pyi Taw on 20 March 2018. According to the agreement, 25 Chinese engineers conducted the feasibility study in the project area between 22 March 2019 and 15 May 2019. The government has provided compensation to the owners of land, buildings and farms located in the project area using the allocated budget. 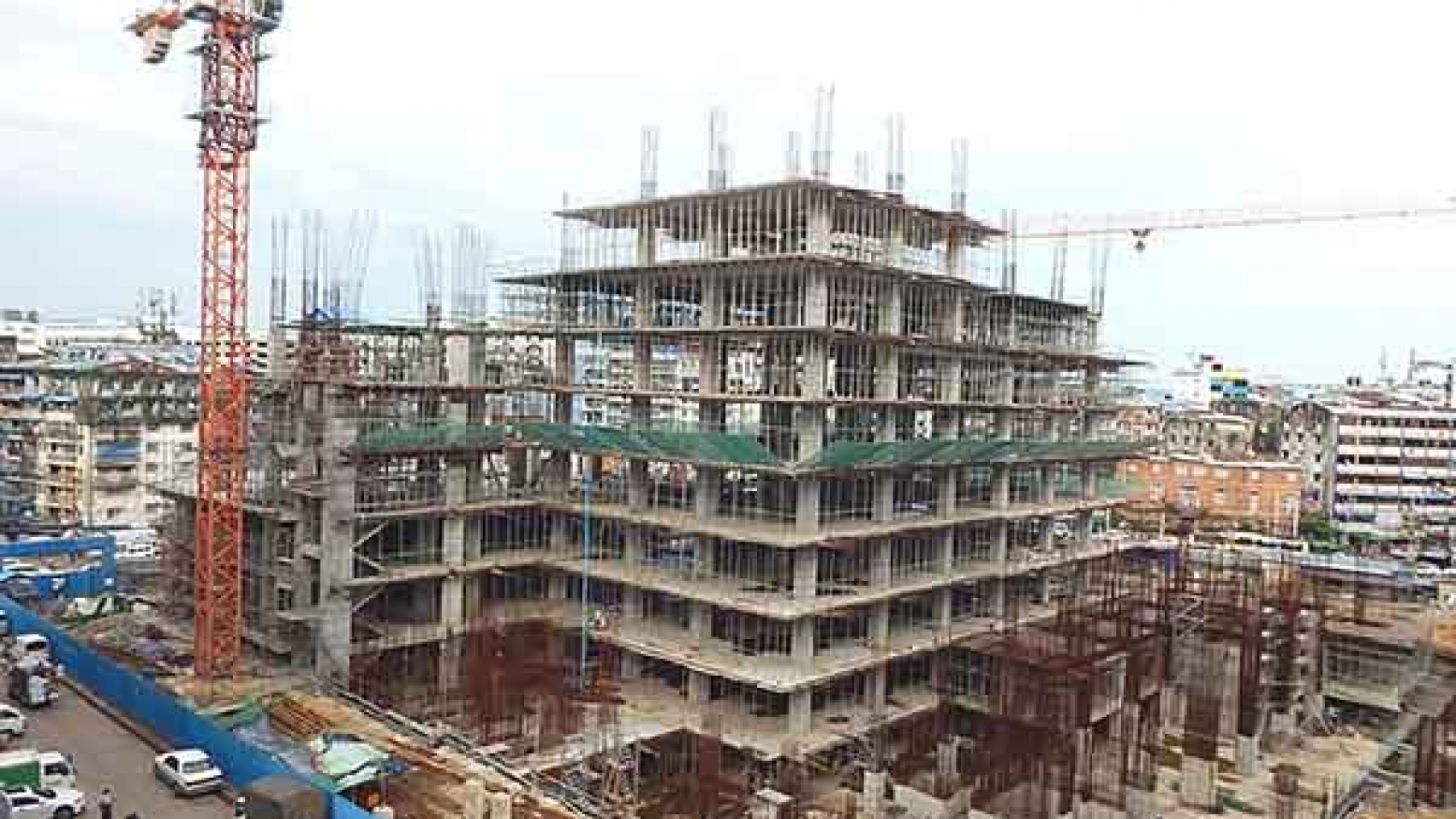 According to the officials, the government is constructing a new Mingalar Market in Mingala Taungnyunt Township spending K68 billion, and about 63 per cent of the market has been completed. The market will be a 17-storey building with a two-storey basement car park and is being constructed by modern machinery, expert engineers and skilled labourers following the COVID-19 health rules of the Ministry of Health and Sports.

There will be banks, restaurants and supermarkets on the ground floor. From 6th to 13th floor including two-storey basement car park can accommodate more than 700 cars. There will also be shops and warehouses on the 9th and 10th floors while the offices will be on 11st and 13th floors.

There will be more than 1,000 shops from the 5th to 8th floors managed by the construction companies. The YCDC will relocate the vendors from the ground floor to the 4th floor who lost their shops in old Mingalar Market, which caught fire. The officials now speed up the building construction. If the new Mingalar Market is completed, it can benefit more than 40,000 people, including vendors, staff, and customers, so the market will become alive more than before. 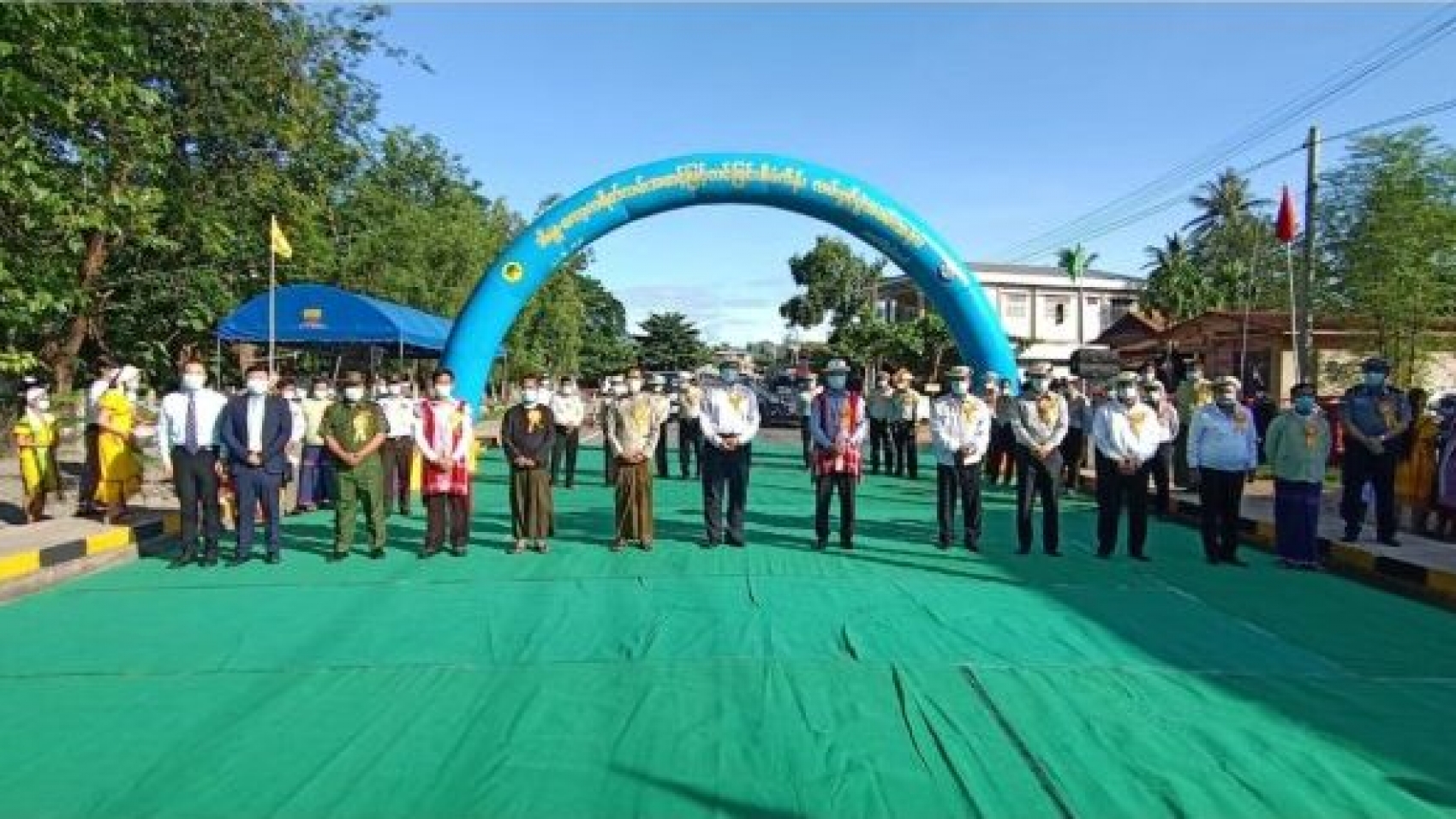 The inauguration ceremony for Eindu-Kawkareik road, connecting Hpa-an District and Kawkareik District in Kayin State,
was held yesterday morning in line with the COVID-19 guidelines. The ceremony was attended by Union Minister for
Construction U Shwe Lay, Chairman of the Kayin State Administration Council U Saw Myint Oo and members of the council, officials from the ministry and relevant departments/organizations and residents.

Myanmar has just upgraded its parts of the road. He said the upgraded Eindu-Kawkareik road would be a major trade route connecting with neighbouring Thailand. It would speed up the flow of goods and reduce transport costs for regional and international vehicles. As part of the project, upgrading Kyondoe port ring road will also benefit from transporting goods from Laos and Viet Nam to Mawlamyine in a short time at a low cost. The upgraded Eindu-Kawkareik road to an international standard road (Asian Highway Standard Class 2) is 64.735 kilometres long and made of nylon asphalt (AC) type.