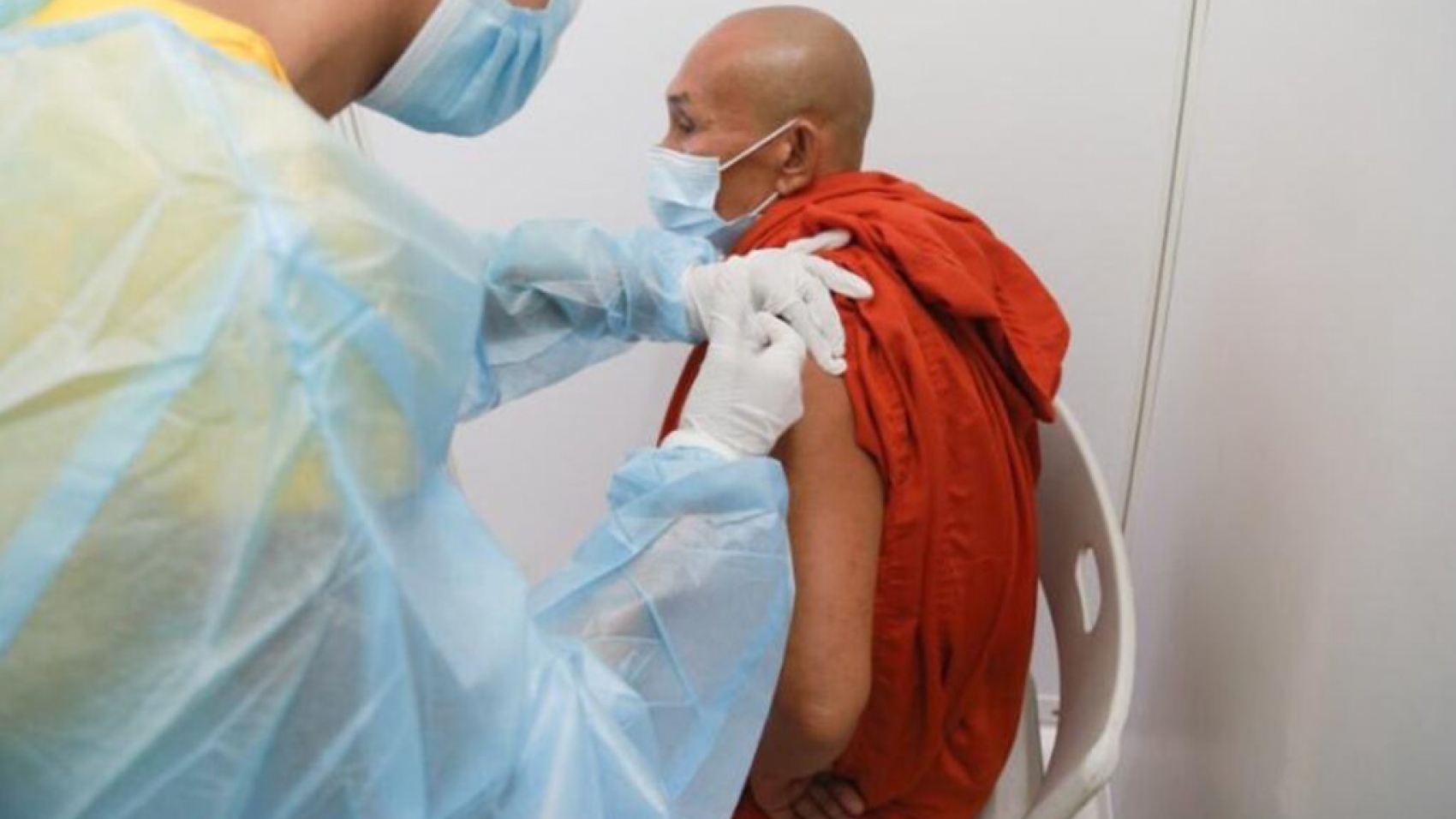 Ministry of Health and Sports continued the COVID-19 vaccination to civil services personnel and people over the age of 65 in Nay Pyi Taw and Yangon Region on 20 February, 2021.

The Department of Public Health in Nay Pyi Taw vaccinated a total of 907 officials from 10 ministries in Nay Pyi Taw and Union Minister for Health and Sports Professor Dr Thet Khine Win, Deputy Minister U Myo Hlaing, Directors-General and responsible persons encouraged and supervised the vaccination.

Similarly, a total of 112 monks was vaccinated in the Inya COVID-19 vaccination centre in Yangon in accordance with the COVID-19 immunization regulations. It is reported that the Ministry of Health and Sports will continue the vaccination to civil services personnel and the people over the age of 65. 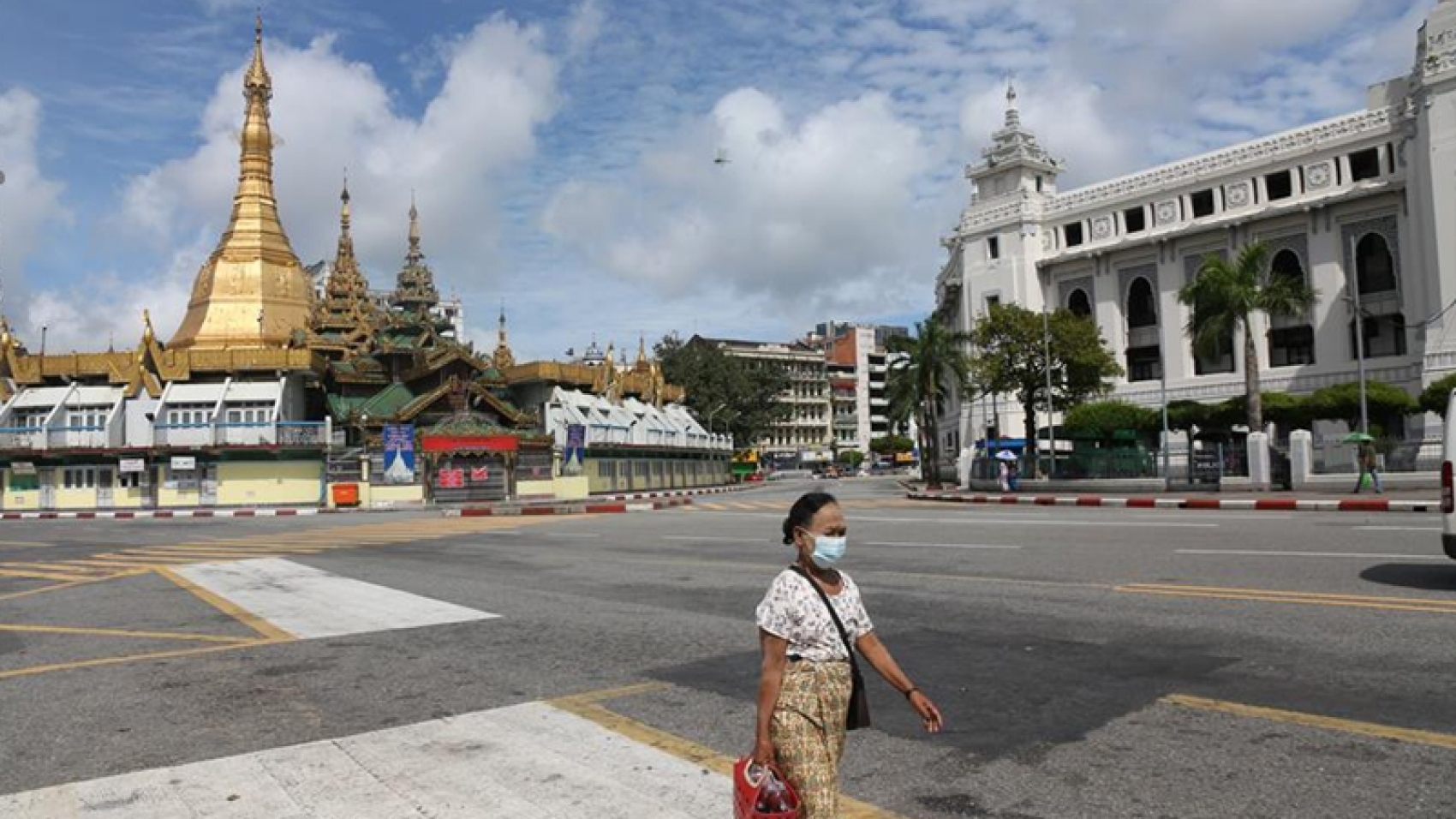 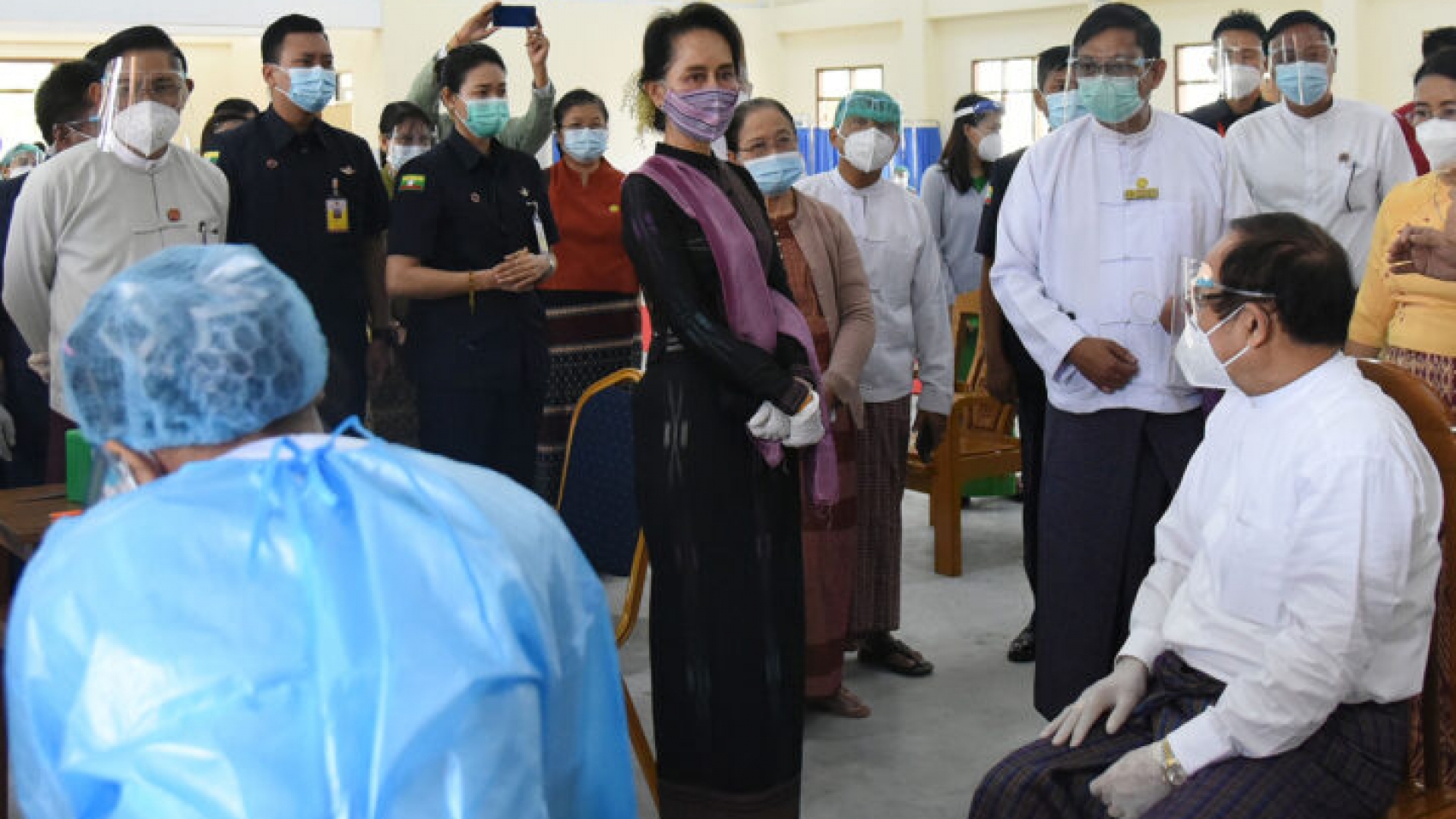 State Counsellor Daw Aung San Suu Kyi, in her capacity as Chairperson of the National-Level Committee on Coronavirus Disease 2019 (COVID-19), inspected and gave encouragement to healthcare workers being given the first dose of the COVID-19 vaccination in Nay Pyi Taw yesterday morning. She was welcomed by Union Ministers U Min Thu and Dr Myint Htwe, Deputy Minister Dr Mya Lay Sein and officials at the Midwifery Training School (Nay Pyi Taw), and heard reports from the healthcare workers on the various aspects of the vaccination programme such as the vaccination process, record keeping of the vaccination process and reporting process.
While observing health personnel being given the Covishield vaccination, the State Counsellor, the Union Ministers and the Deputy Minister, a briefing was given by Professor Dr Kyaw Kyaw Oo regarding the preparations being made to provide emergency healthcare at the vaccination centres.

In response to a request from the media if she wished to say anything to the people about the COVID-19 vaccination programme the State Counsellor said that although it was true that the Covishield vaccine was already available in Myanmar that does not mean that vaccination could be given to everyone immediately at the same time; therefore vigilance must not be relaxed at present. She said she was worried that some people might become a little careless. If the vaccines could be produced in Myanmar it would be possible to use as much as needed; at present, as the vaccines had to be imported from another country, it was not possible to purchase as much as the country needed. That was why she wanted the people to be vigilant; as the infection rate was now on the decline, she wanted this rate of decline to be maintained. It was natural that the people were feeling anxious about getting vaccinated as they did not have prior experience. She added that it would be necessary for those receiving vaccinations to wait about half an hour and to leave the vaccination site only after they felt sure that they were feeling all right.

Next, the State Counsellor gave encouragement to two women health workers who were receiving their first dose of the vaccine and other health personnel who had come to receive their vaccination shots. It was learnt that before giving the Covishield vaccination, healthcare workers took body temperature, blood pressure and the oxygen level in the bloodstream was measured. The vaccination was given only if all the above measurements were found to be normal. Those who had received the vaccination would have to receive a second dose of the vaccine after 28 days. Some side-effects of the vaccine include pain, redness or swelling, fever, headache, but these symptoms normally disappear within 24 hours after the vaccination. If the symptoms increased, rather than decreasing, or other severe symptoms appeared, the vaccinated persons have been advised to receive medical treatments at the nearby hospitals and clinics. Beginning from the morning, health personnel and volunteers were being given Covishield vaccinations on a nationwide scale at central-level hospitals, region and state hospitals, district hospitals and township hospitals. Over 3,800 health personnel from the Nay Pyi Taw Union Territory are receiving their vaccinations at designated places and at the respective township hospitals. 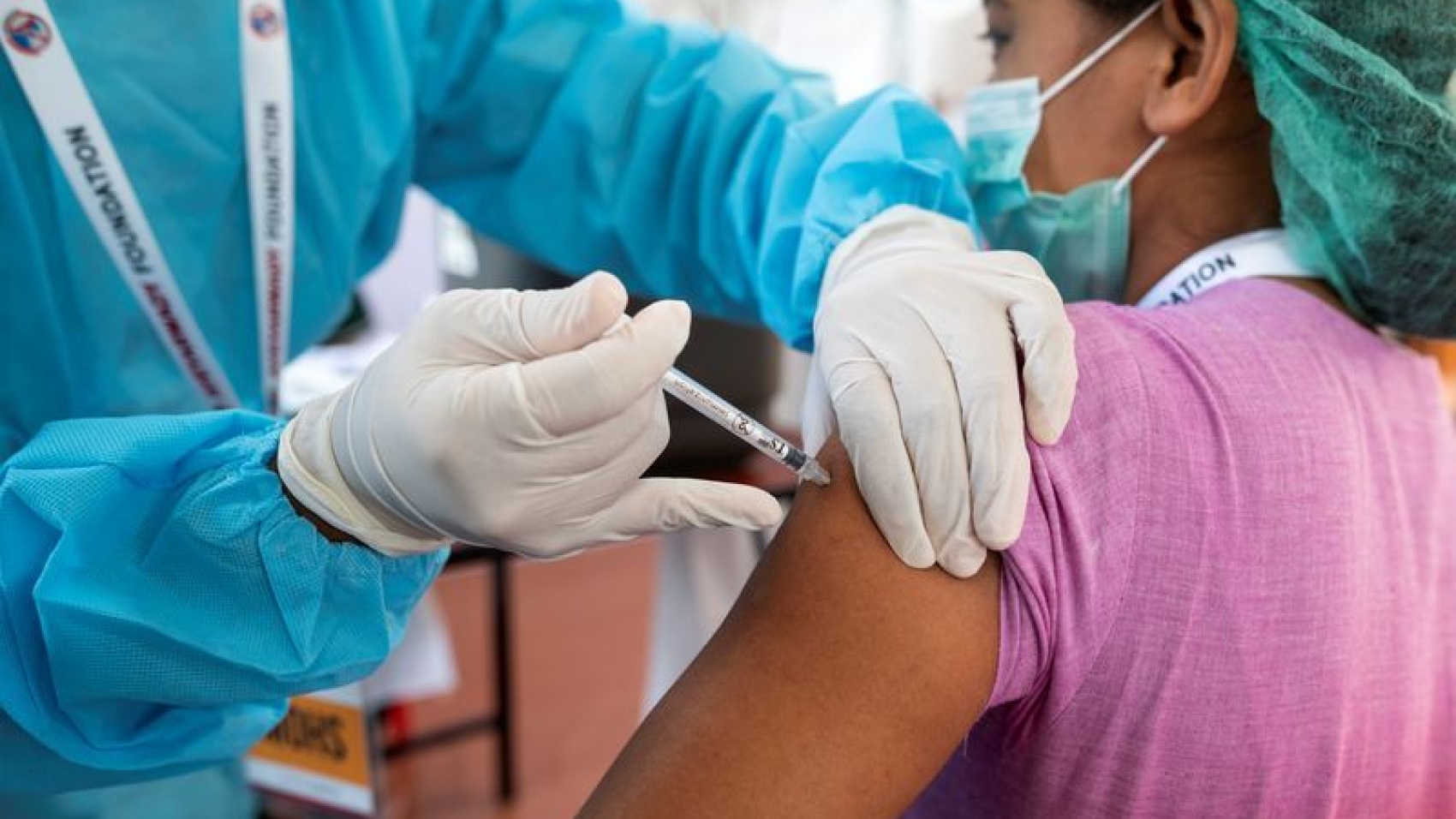 Myanmar will kick-start COVID-19 vaccination programme on 27 January 2021. The government worked to acquire the high-quality and reliable COVID-19 vaccines in various ways such as proposals to the COVAX facility, purchase by the State Fund and government-to-government friendship programmes. On 22 January 2021, Myanmar received 1.5 million doses of Covishield/AstraZeneca in terms of friendly relations between the two neighbouring countries.

Then, the nationwide vaccination programme will start on 5 February 2021, and it will reach members of Union Government, region/state government and the public. The programme will prioritize the elderly persons, people with the underlying diseases and those who are vulnerable to the diseases living in the townships under the stay-at-home measures. Among these townships, the programme will also prioritize people in townships and areas with a higher rate of infection in relation to the availability of doses for the vaccine. The following vaccines will be used for the remaining persons in prioritized order. A total of 1.5 million doses of the Covishield vaccine manufactured by Serum Institute of India (SII) arrived at the Yangon International Airport yesterday. On the government-to-government basis, the first batch of COVID-19 vaccines from India was transported to Myanmar by Air India.
Indian Ambassador Mr Shri Saurabh Kumar handed over the 1.5 million doses of the Covishield vaccines to Director-General from Medical Research Department Professor Dr Zaw Than Tun at the Yangon International Airport.

Regarding the assistance to Myanmar, the Indian Ambassador said that India is providing the home-made vaccines to the partner countries, including Myanmar. He also quoted the Prime Minister of India as saying that India’s vaccine would be useful for fighting the pandemic. Deputy Director-General of Yangon Region’s Public Health Department Dr Tun Myint said that it is still necessary to be careful of COVID-19 after being vaccinated the first time. Prevention guidelines are still required to be abided by until the second dose of vaccine is received to avoid the waste of valuable medicines.

The vaccines need to be stored in the room temperatures of 2 to 8°C. As some of the previous vaccines were stored in the cool chain room, it is not a problem for the COVID-19 vaccine. The vaccines will be transported to the central cool chain room and distributed to regions and states. The government of India donated the first batch of the COVID-19 vaccines to Myanmar in enhancing Myanmar-India relations and helping Myanmar in the fights against the pandemic. Second batch of the vaccines will soon arrive in Myanmar. 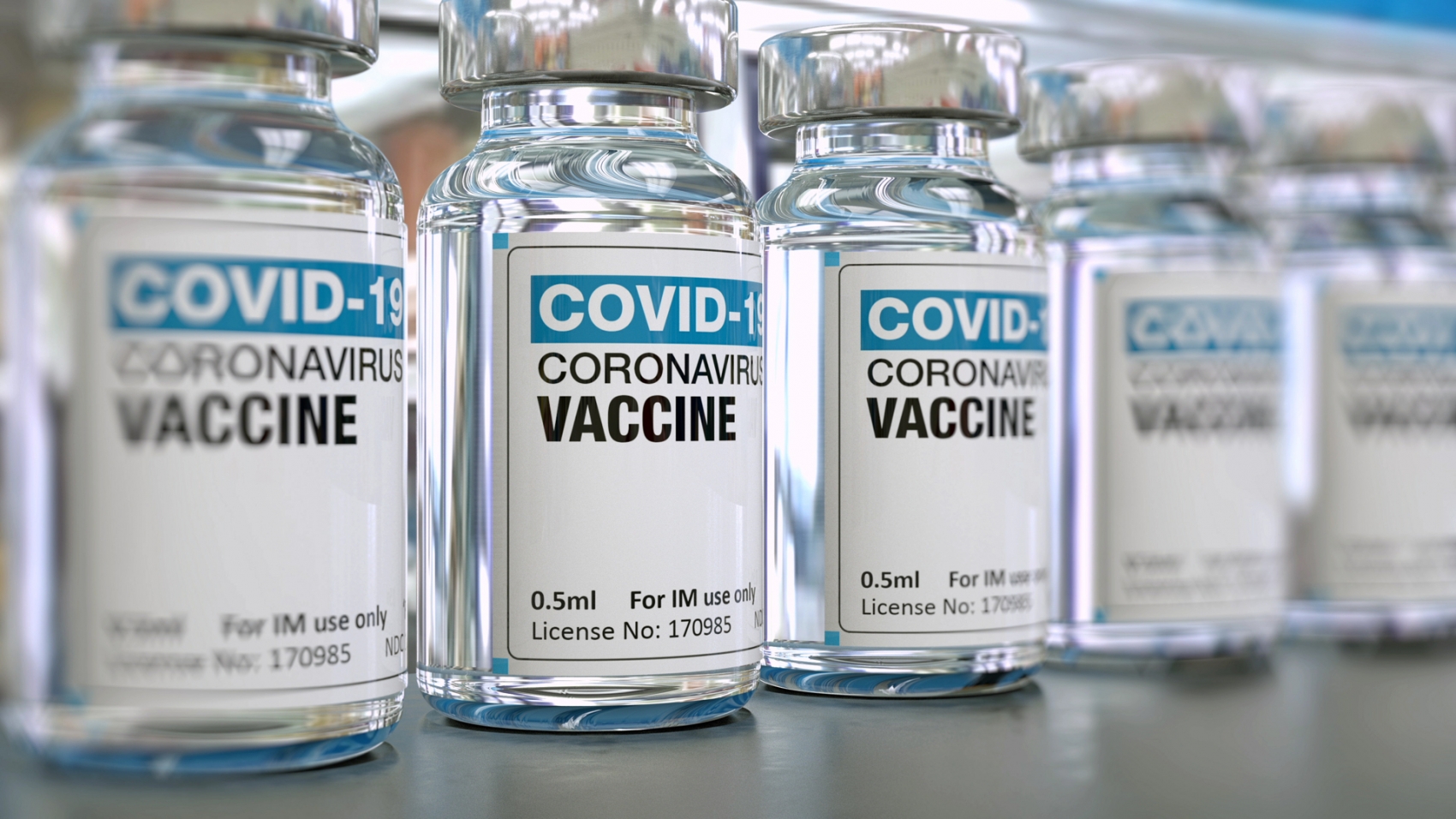 1. The National-Level Central Committee on Prevention, Control and Treatment of Coronavirus Disease 2019 (COVID-19) on 30-12-2020 formed a Fund Management Sub-committee on the Purchase of COVID-19 Vaccines. The sub-committee has opened the COVID-19 Vaccination Fund at the Myanma Economic Bank in Nay Pyi Taw as follows:
(a) Fund for purchase of COVID-19 vaccines (Foreign Currency Account No. EDC 600012). The bank account will be initially deposited with USD250 million, equivalent to about K338 billion from State-funding.
(b) Fund for purchase of COVID-19 vaccines (Myanmar Currency Account No. OA 013733). The bank account is initially deposited K1 billion (K1,000 million) from State-funding.

2. Therefore, organizations and people (local/ foreign countries) who want to contribute cash donation for the purchase of vaccines, can donate any type of foreign currency to the COVID-19 Vaccination Fund (Foreign Currency Account No. EDC 600012) at the Myanma Economic Bank (Nay Pyi Taw), and can donate Myanmar Kyat to the COVID-19 Vaccination Fund (Myanmar Currency Account No. OA 013733).

Ministry of Planning, Finance and Industry 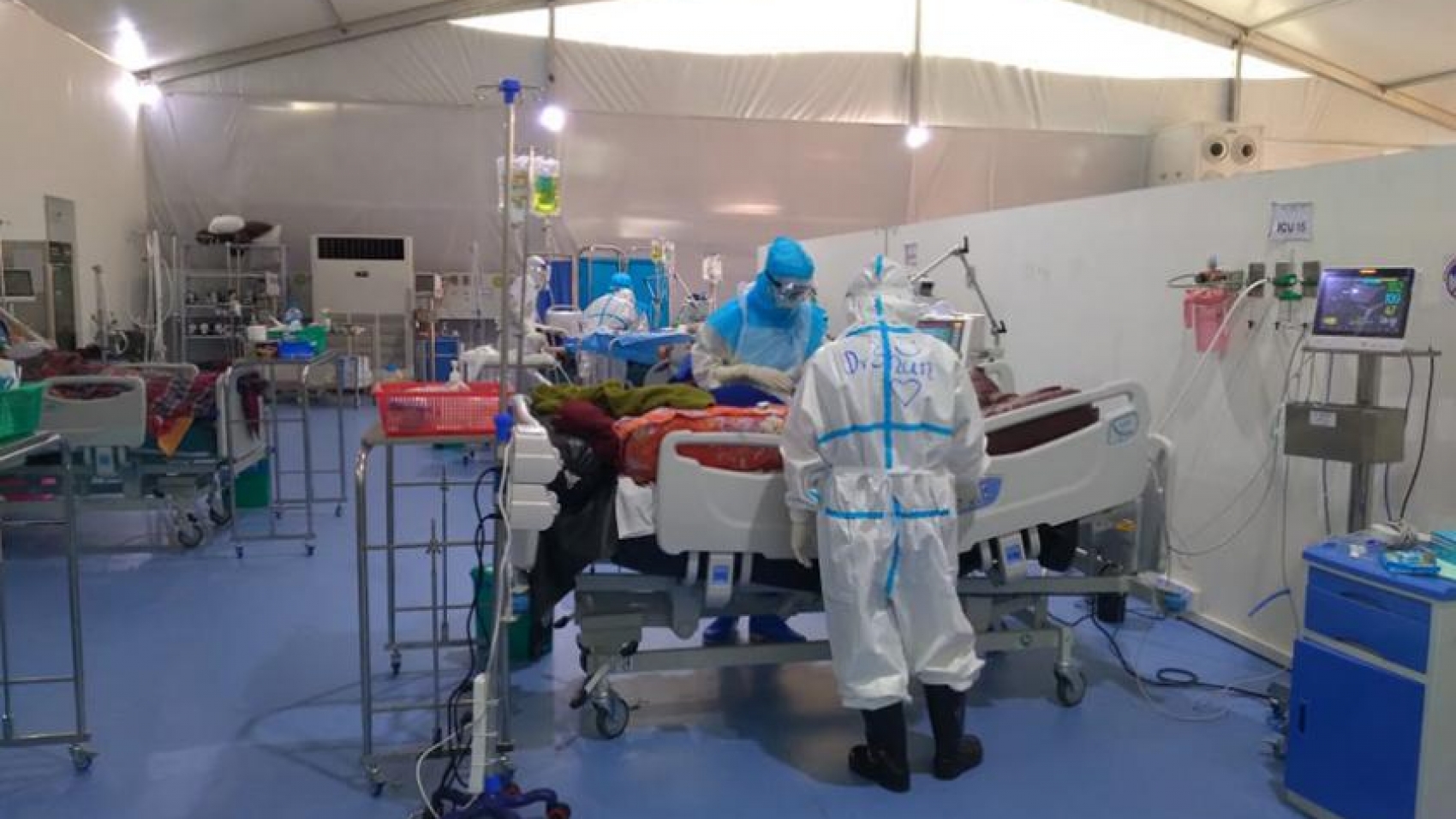 Aung San Suu Kyi, the State Counsellor, said that there is a contract with India to get the COVID-19 vaccine and that the first batch of health workers would be vaccinated in February. “One thing people want to know right now is when will the COVID vaccination program start. A contract has been signed to get the first vaccine from India. The vaccine is expected to be available in Myanmar once it is approved by the relevant authorities in India. Under the program, the first immunizations will be given to health workers, a priority group in February. There is a lot of competition because all the countries in the world are working to get the vaccine. However, by 2021, vaccination efforts are expected to be phased out across the country.  the public to support the success of COVID by adhering to health.

A memorandum of understanding (MoU) has been signed between the Myanmar Ministry of Health and Sports and the Indian pharmaceutical company Serum Institute to discuss the availability of vaccines and the availability of standardized low-cost RT-PCR test machines made in India. The Burmese delegation is in talks with Indian government officials to obtain the COVID-19 vaccine, the Ministry of Foreign Affairs said on December 24. Earlier in 2021, officials from the Indian government discussed the availability of the COVID-19 vaccine under the G to G program from the Indian government and the availability of drugs from the Indian pharmaceutical company Serum Institute. Afterwards, the residence of the Myanmar Ambassador to India; A Memorandum of Understanding (MoU) for the purchase of COVID-19 vaccine was signed between a delegation from the Ministry of Health and Sports and Serum Institute at the meeting hall of Myanmar Home. The MoU was signed by Ambassador Aung Aung Myo Thein of the Myanmar Embassy as a witness. 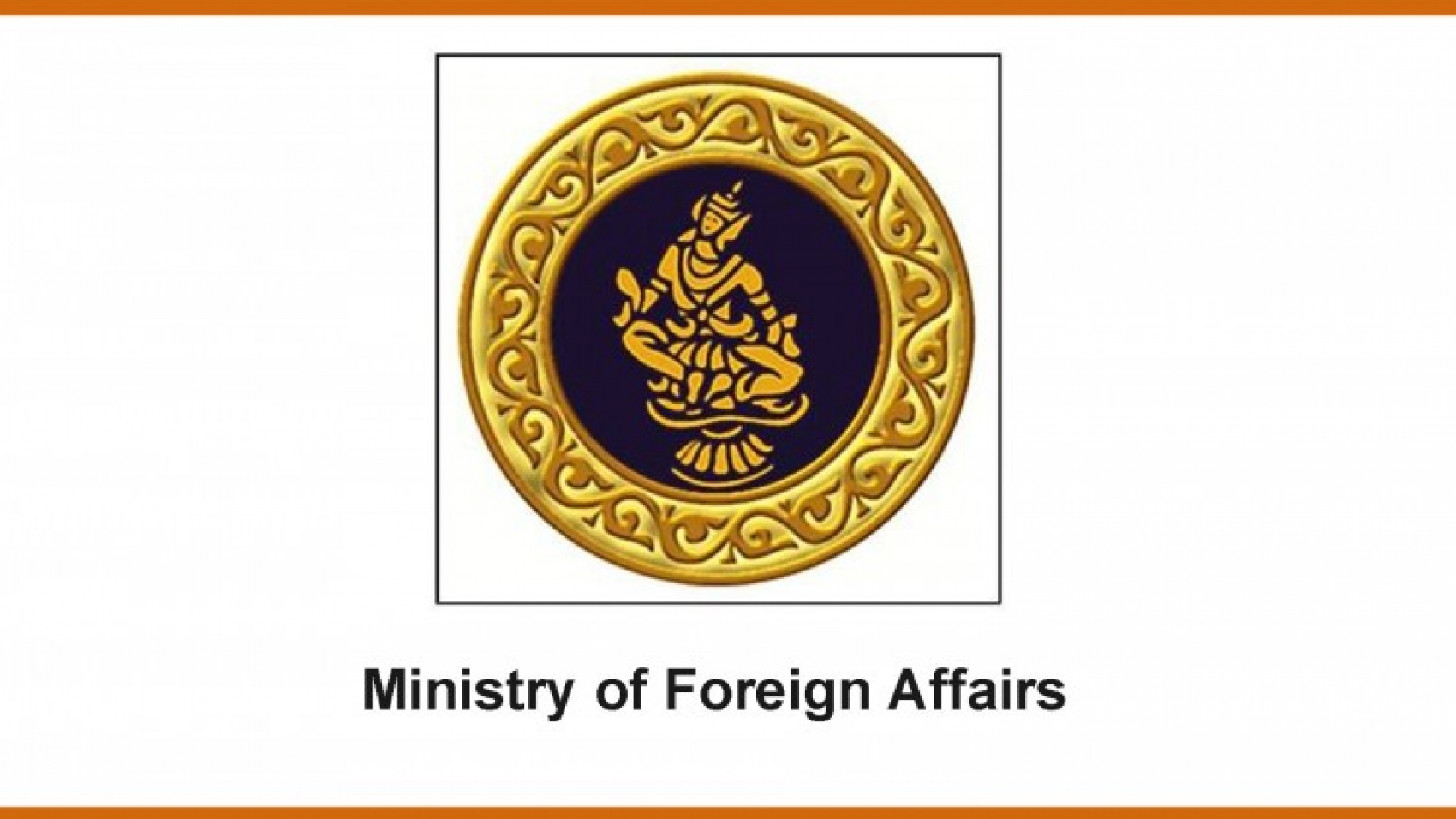 2. In order to continue its effective response measures to protect the population of the country from the risks of importation and spread of the COVID-19, the Government of the Republic of the Union of Myanmar has decided to extend the afore-mentioned entry restriction measures until 31 January 2021.

3. In case of urgent official missions or compelling reasons, foreign nationals, including diplomats and United Nations officials, who wish to travel to Myanmar by available relief or special flights, may contact the nearest Myanmar Mission for possible exception with regard to certain visa restrictions. However, all visitors must abide by existing directives issued by the Ministry of Health and Sports relating to the prevention and control of the COVID-19 pandemic. 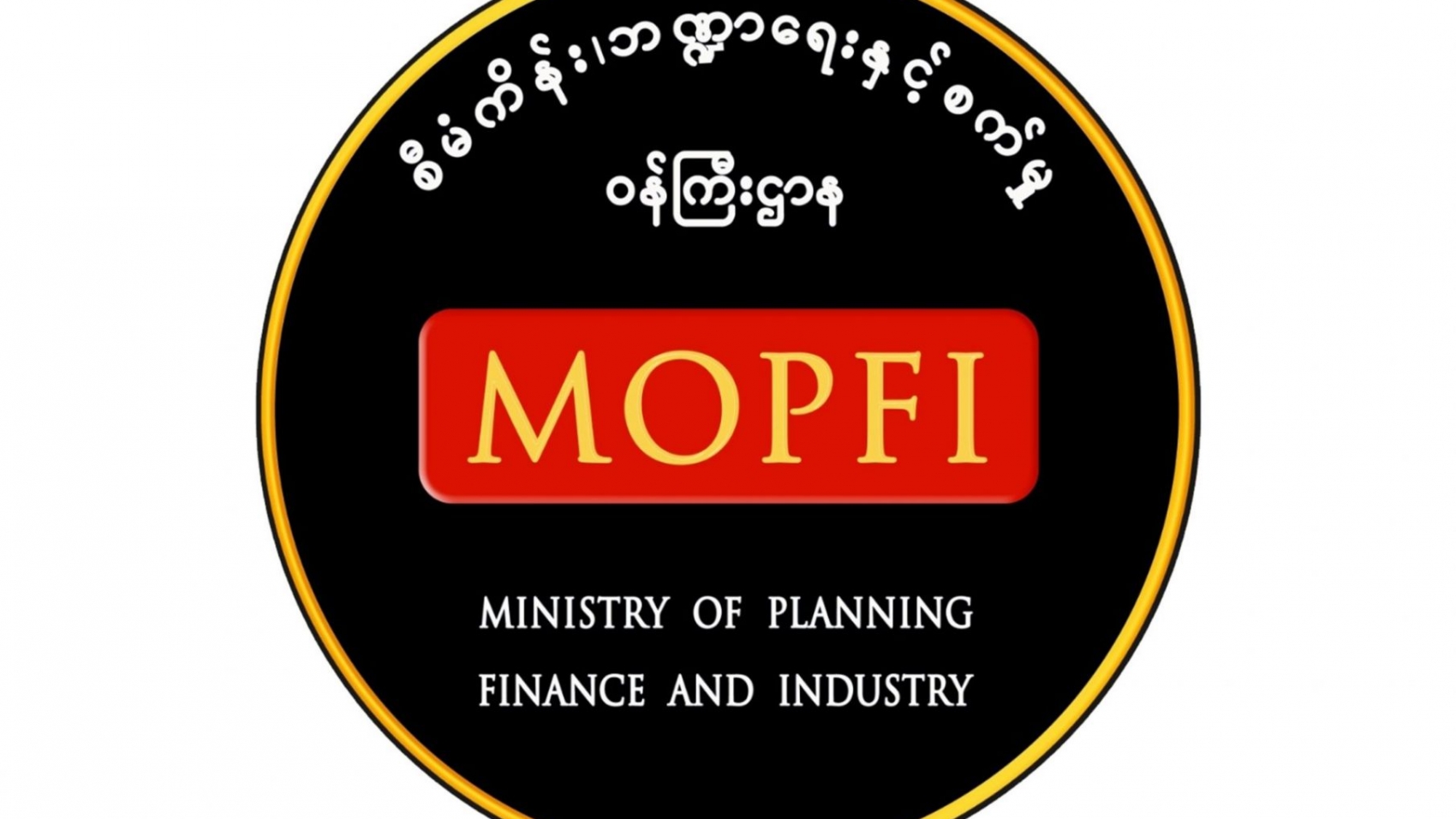 Republic of the Union of Myanmar
Ministry of Planning,
Finance and Industry
Announcement 8/2020

1. For ensuring strict adherence to COVID-19 preventive rules among the public in accordance with the National-Level Central Committee on Prevention, Control and Treatment of Coronavirus Disease 2019 (COVID-19), and not to occur crowds of taxpayers during the period closer to the deadline for filing tax declaration, the respective deadlines will be extended.
2. Therefore, the tax declarations for the following deadlines are extended until 31 January 2021.
(a) Income tax declaration, annual salary report and annual commercial tax declaration to be filed for 2019-2020 Financial Year
(b) Quarterly declaration for Specific Goods Tax from 1-10-2020 to 31-12-2020

Ministry of Planning, Finance and Industry