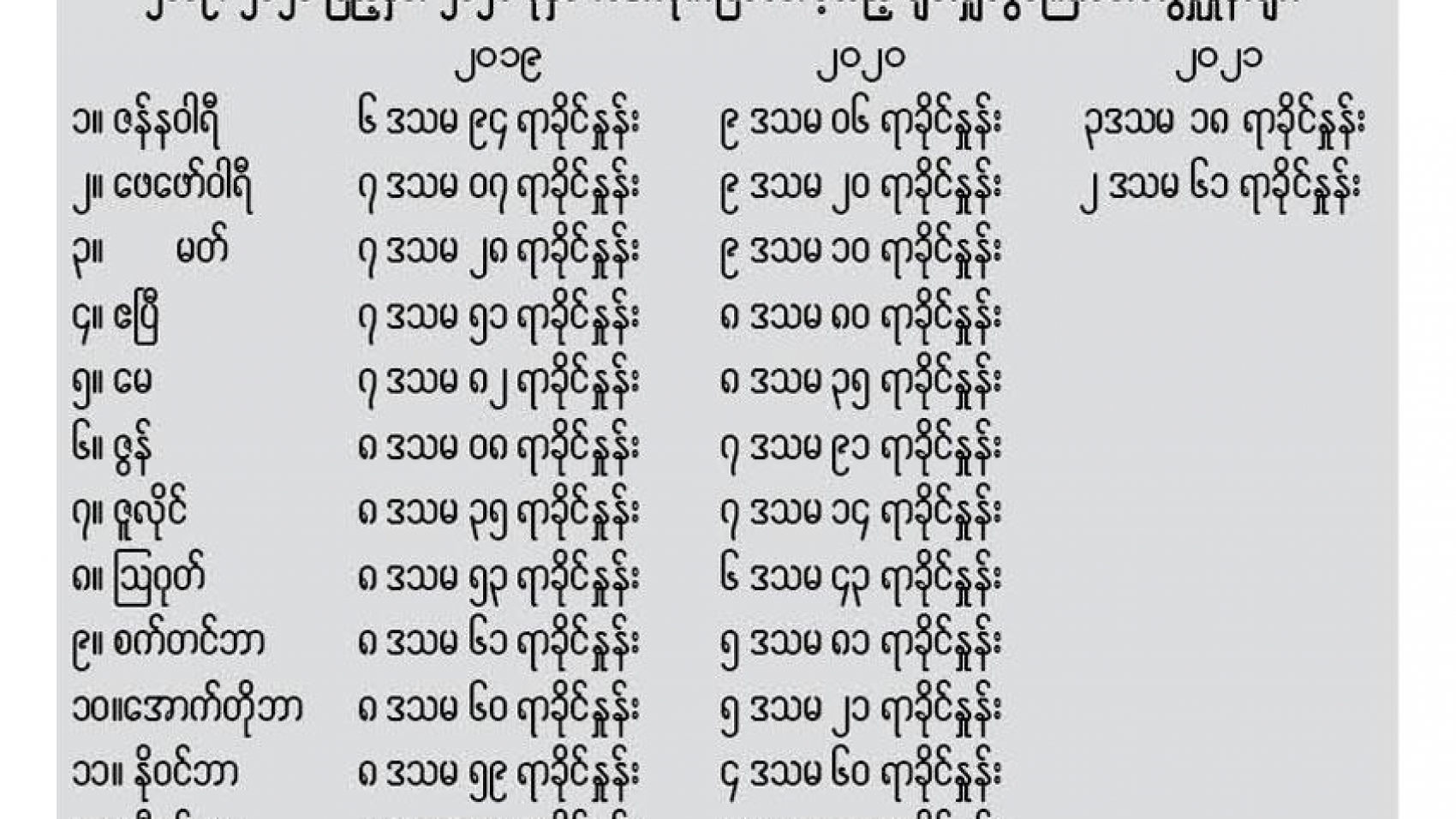 The average inflation rate for February 2021 was 2.61 percent which has been falling steadily since March 2020, according to the consumer price inflation and inflation rate released by the Central Statistical Organization. The average inflation rate rose for 18 consecutive months from April 2018 to September 2019. It was slightly lower in October and November 2019 and it rose again in December of 2019, January and February of 2020. But it fell again in March, April, May, June, July, August, September, October, November and December and January and February of 2021.

From 9.20 percent in February 2020, since March 20, the impact of COVID-19 has been declining in Myanmar, and consumer inflation has slowed and the average inflation rate has risen to 2.61 percent until February 2021. Region Consumer prices and average inflation in the three states and cities were the highest in Ayeyarwady Region at 6.49 percent. In the Union Territory, it is the second highest with 4.67%. Kayin State is the third highest with 4.48%. Annual inflation was highest in Ayeyarwady Region at 4.39 percent and in Mandalay at -19.29 percent, according to the report.