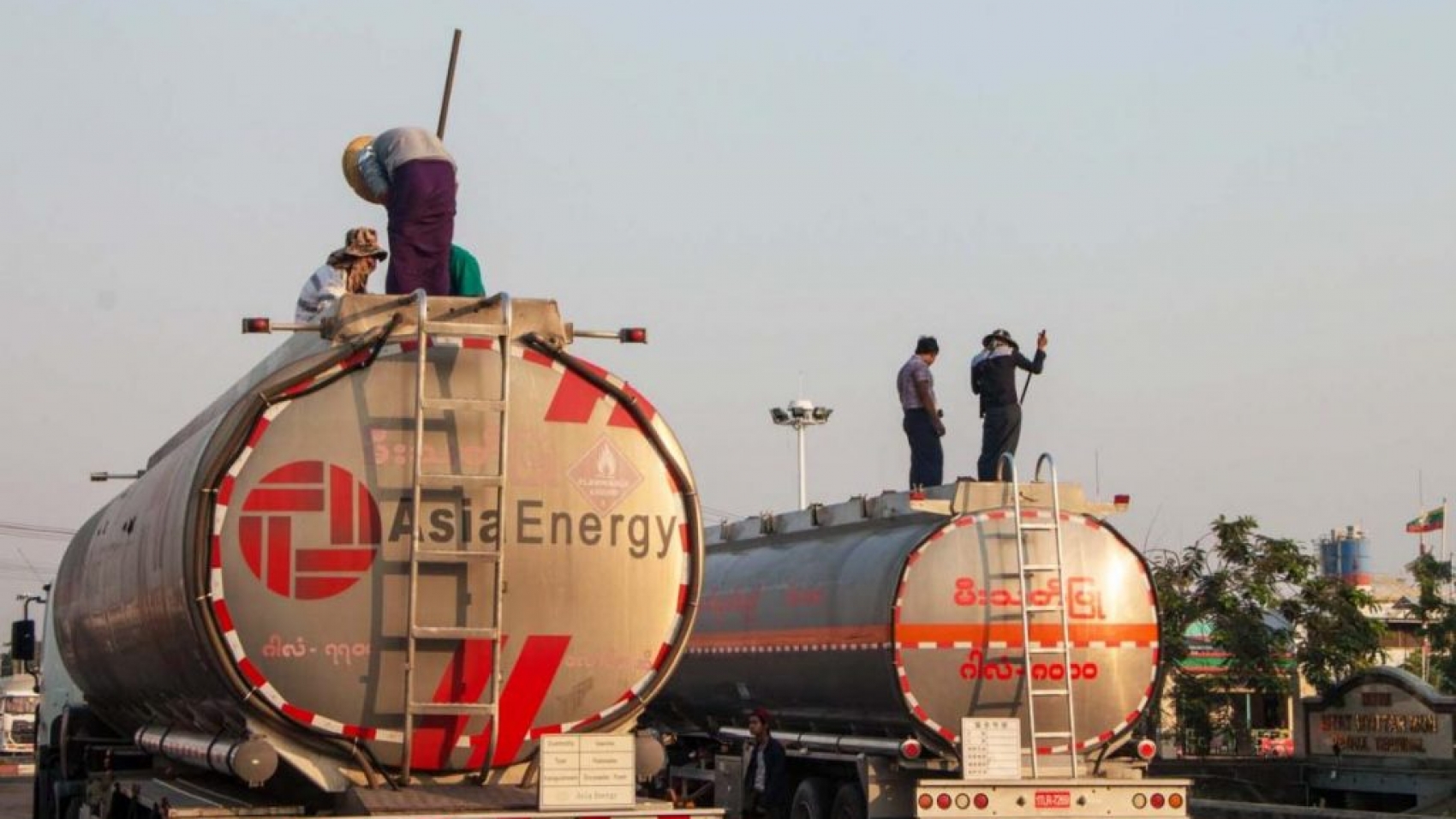 MYANMAR imported nearly US$1.2 billion worth 2.7 million tonnes of diesel and gasoline during the past seven months (Oct-Apr) of the current financial year 2020-2021, indicating a sharp drop of 1 million tonnes ($663.347 million) compared to the corresponding period of last year, according to the Ministry of Commerce. In the current budget year, Myanmar imported 1.6 million tonnes ($721.173 million) of diesel and over 1 million tonnes (536.113 million) of petrol, as per data of the Commerce Ministry. Typically, a monthly oil import is estimated at $400 million, yet the oil importers face banking restrictions for maritime trade. Oil importers via land border can use informal payment Hundi system instead, said an importer. At present, the domestic fuel oil price has risen above 30 per cent per litre in three months.

The heightened coronavirus restriction and possible lockdown in Asia sparked oil demand concerns, coupled with a strong dollar exchange rate. The fuel oil was pegged at around K620 per litre for Octane 92, K750 for Octane 95, K660 for diesel and K670 for premium diesel in early February 2021 in the domestic retail market. On 13 May, it rallied to the highest of K1,005 for Octane 92, K1,090 for Octane 95, K1,005 fordiesel and K1,015 for premium diesel, according to the local fuel oil market. Domestic oil price is positively related to the global market and the dollar value. Crude oil futures have rallied to their highest finish in months, with WTI climbing above $65 per barrel in mid-May. Additionally, the foreign exchange rate also affects the petroleum price. The US dollar is gaining against Kyat in the local forex market starting from April, rising above K1,600 per dollar.

In mid-February, a dollar was worth only K1,430. Usually, Myanmar imports fuel oil primarily from Singapore, with monthly volumes touching 200,000 tonnes for gasoline and 400,000 tonnes for diesel. About 2,000 fuel stations and over 50 oil importer companies exist in Myanmar, Myanmar Petroleum Trade Association stated. Last year, the domestic oil prices declined from January owing to a fall in global oil prices. On 8 January 2020, oil prices were pegged at around K905 per litre for Octane 92, K995 for Octane 95, and K985 for diesel and premium diesel. Following the global market crashing, the domestic oil price plunged to more than 50 per cent in April against January’s prices. In late April 2020, the oil prices touched the lowest of K290-330 per litre for Octane 92, K430-455 for Octane 95, K435- 465 for diesel, and K445-475 for premium diesel, according to the domestic oil market. Ninety per cent of fuel oil in Myanmar is imported, while the remaining 10 per cent is produced locally.