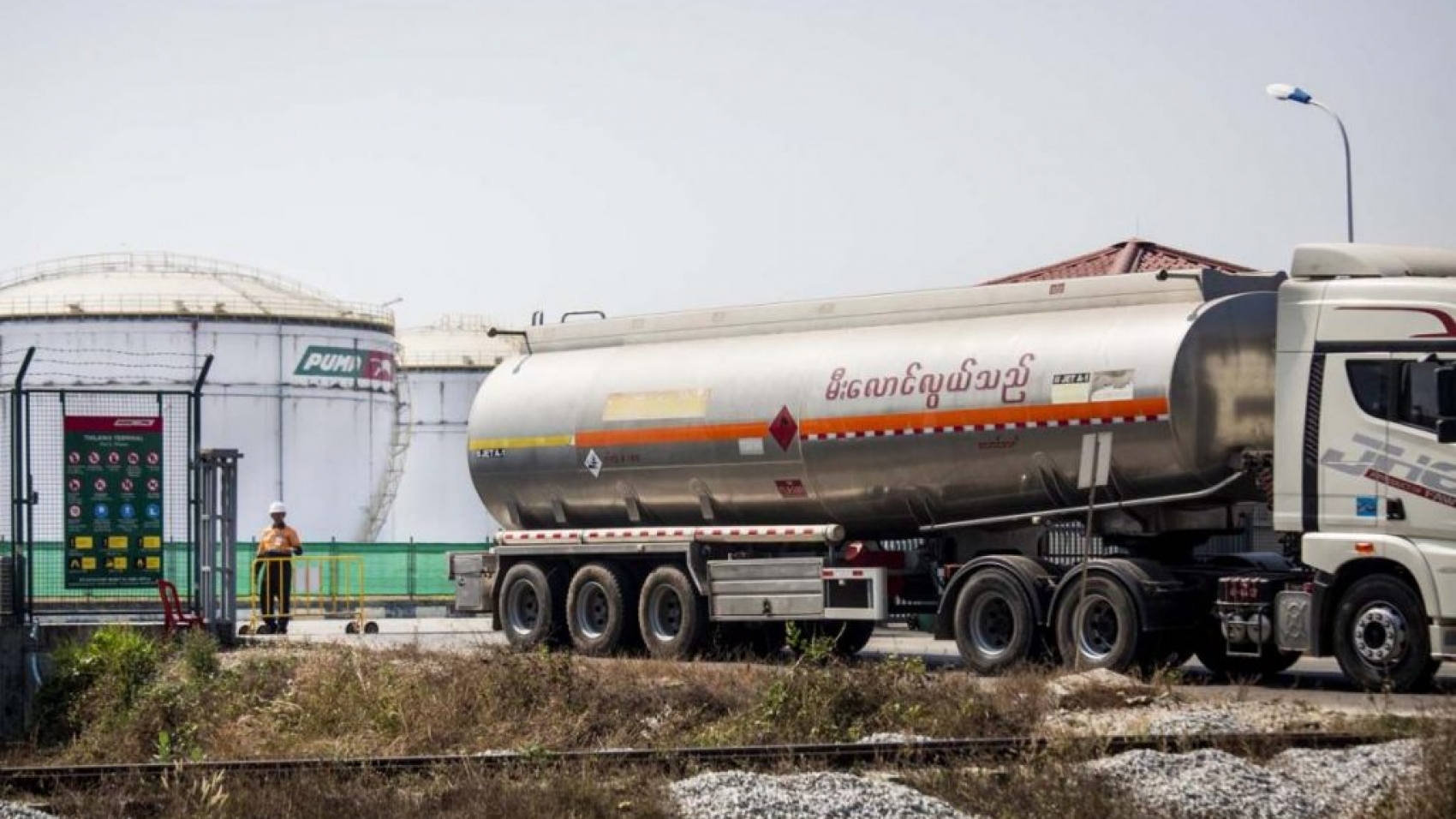 US$53.4 million worth of fuel oil has been imported with the Central Bank of Myanmar (CBM) exchange rate to distribute at a reasonable price, according to the Consumer Affairs Department. The CBM has already sold $53.4 million to our Myanmar Petroleum Trade Association (MPTA). But, they still have some dollars to withdraw from the bank. Currently, the retail stations are still selling the $20 million worth of fuel oil. They are also making effort to sell the remaining over $33 million worth of fuel oil through the retail stations. They are also carrying out the distribution plan, said an official from the Consumer Affairs Department.

MPTA, in cooperating with the Ministry of Commerce has sold fuel at a fair price since 22 September, which is equivalent to the amount that the oil importers directly purchased the foreign currency from the Central Bank of Myanmar. The Consumer Affairs Department stated that more than 51 million litres of fuel oil were sold at a reasonable rate between 22 September and 2 November 2021. Out of them, the association ended over 19 million litres of 92 Ron, over 12 million litres of diesel and over 18 million litres of premium diesel. The fuel oil at the fairer price is available at 229 petrol-filling stations in Yangon, Mandalay, and Nay Pyi Taw cities and Mon, Shan, Kachin, Kayin and Rakhine states and Sagaing, Bago, Magway and Ayeyawady and Taninthayi regions.