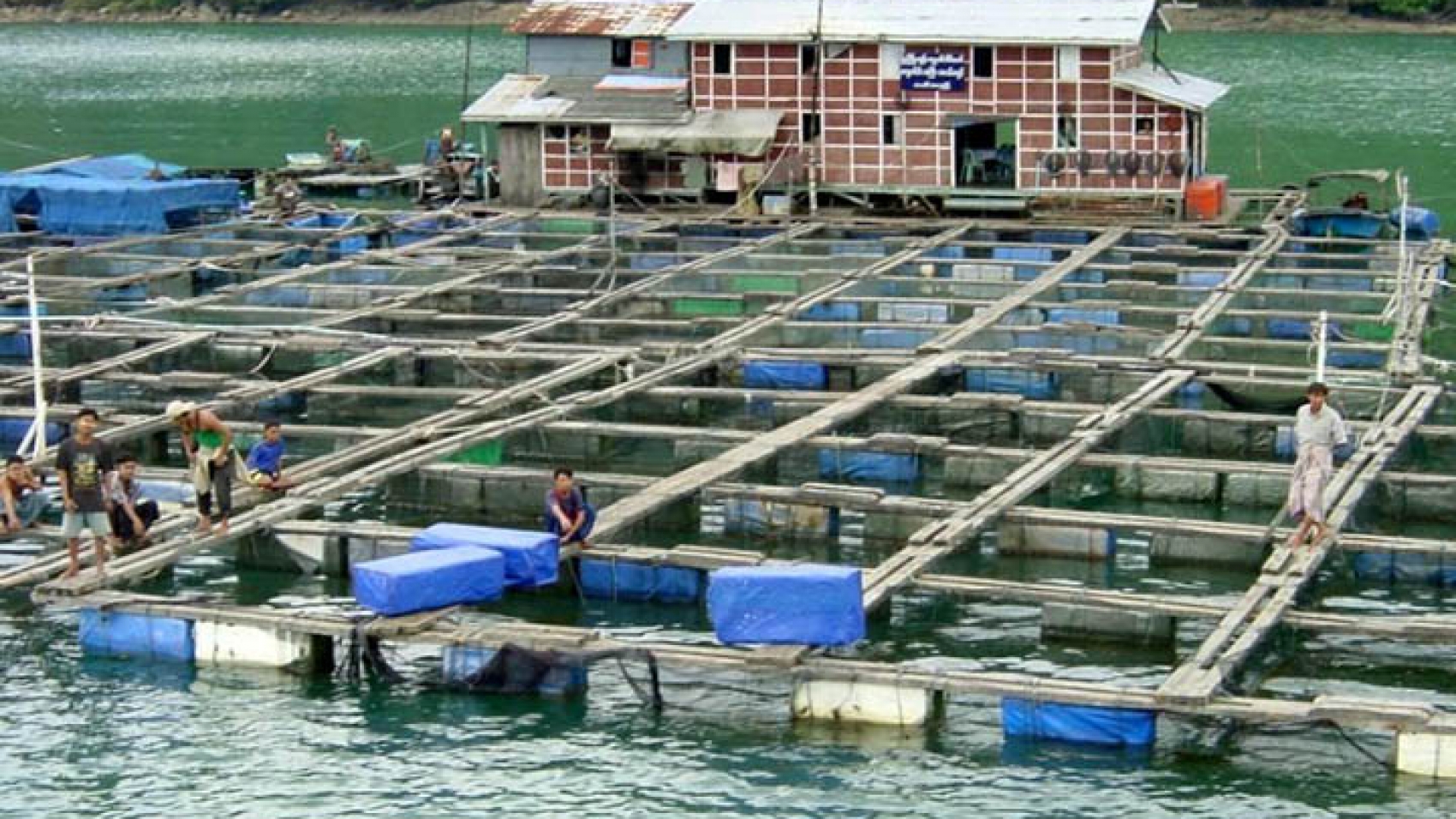 The value of Myanmar’s aquaculture exports in the past ten months (Oct-July) dropped dramatically to US$640 million on account of the border trade restrictions by the neighbouring countries China and Thailand amid the COVID-19 crisis. Myanmar exported $750 million worth marine products to the external market in the corresponding period of last FY, the Ministry of Commerce’s data showed. Myanmar’s fishery exports declined over the past months, owing to the pandemic-induced restrictions in the border trade. The export will undoubtedly grow if the trade route is open, said an exporter from Muse border. The Myanmar Fisheries Federation (MFF) targets to earn over US$1 billion from aquaculture exports in the current financial year started from 1 October 2020, MFF stated.

Myanmar sends fish and marine products to external market through air, sea and land border. Myanmar exported 670,000 tonnes of fishery products to 45 countries in the past FY 2019-2020 ended 30 September, generating an estimated income of $850 million despite the difficulties triggered by the COVID-19 crisis. The figure reflected an increase of over $120 million registered in the FY 2018-2019, MRF’s dataindicated. The federation is endeavouring to fulfill the requirements of market. Resources are limited for wild caught fish exports as it looks forward to a long-term interests. The sector also helps develop the rural community and create jobs for local residents. Additionally, the government coordination and guidance play a vital role in the development of sector.

This sector also helped inject the economy of the country amid the COVID-19 impacts. Myanmar exports fisheries products, such as fish, prawns, and crabs, to over 40 countries, including China, Saudi Arabia, the US, Japan, Singapore, Thailand, and countries in the European Union. The MFF is making concerted efforts to increase the marine export earnings by developing fish farms which meet international standards and adopting advanced fishing techniques. To ensure food safety, the foreign market requires suppliers to obtain Hazard Analysis and Critical Control Points (HACCP) and Good Aquaculture Practices (GAqP) certificates. To meet international market standards, fishery products must be sourced only from hatcheries that are compliant with GAqP. The MFF is working with fish farmers, processors, and the Fisheries Department under the Ministry of Agriculture, Livestock, and Irrigation to develop the GAqP system.

The federation has asked the government to tackle problems faced in the export of farm-raised fish and prawns through G2G pacts and ensure smooth freight movement between countries to bolster exports, according to the MFF. Myanmar’s economy is more dependent on agricultural sector to a large extent. Also, the fisheries sector contributes a lot to the national gross domestic product (GDP). More than 3.5 million people are relying on the sector. Its fishery production including shrimps and saltwater and freshwater fish are far better than the regional countries. If the country can boost processing technology, it will contribute to the country’s economy and earn more income for those stakeholders in the supply chain, Yangon Region Fisheries Department stated. 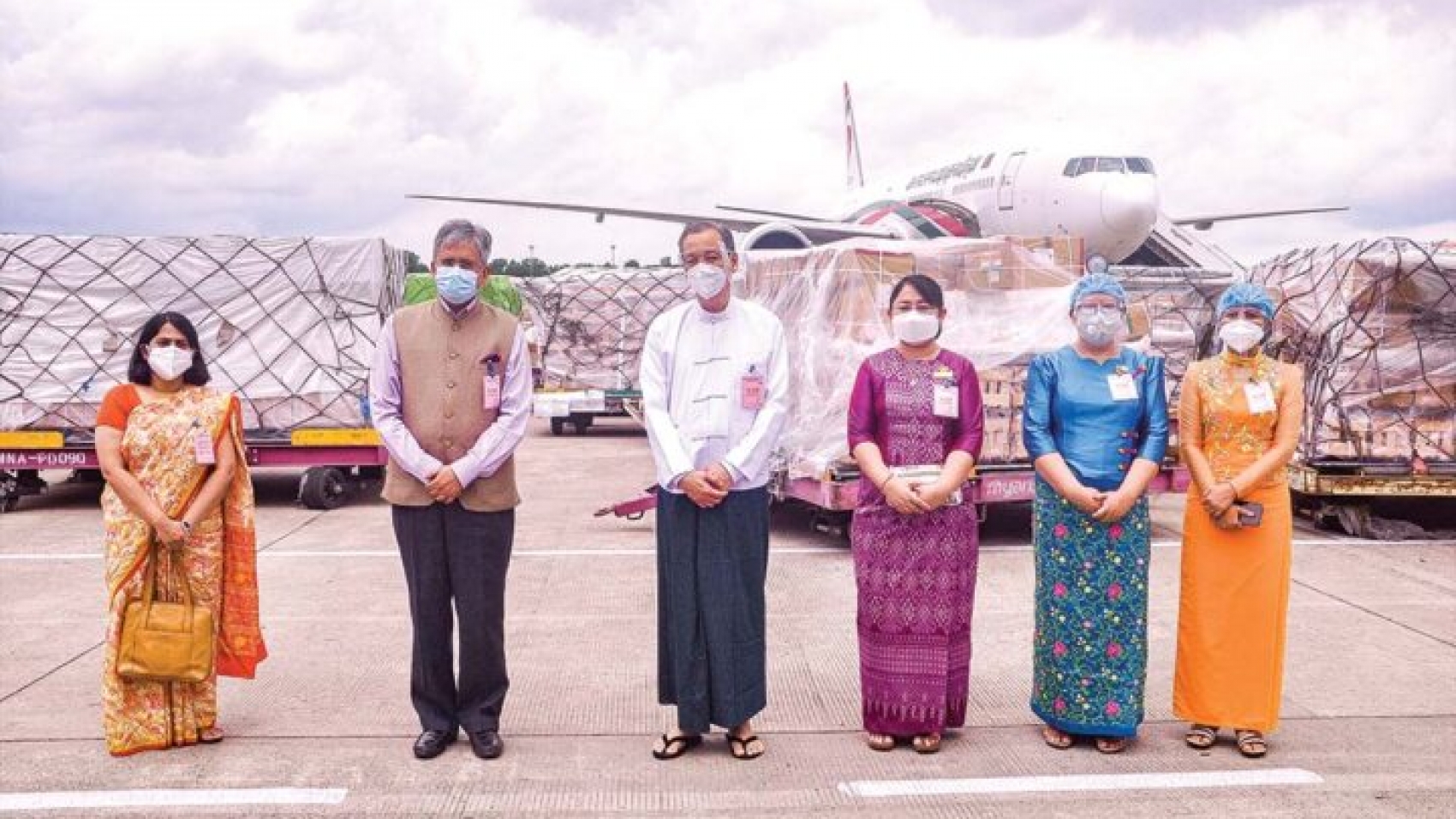 The Indian government donated eight types of medical equipment weighing more than five tonnes to Myanmar on 15 August and the current second batch of 40 tonnes of medicines yesterday, and they will continue provide third batch of donations, according to the Ministry of External Affairs of India.