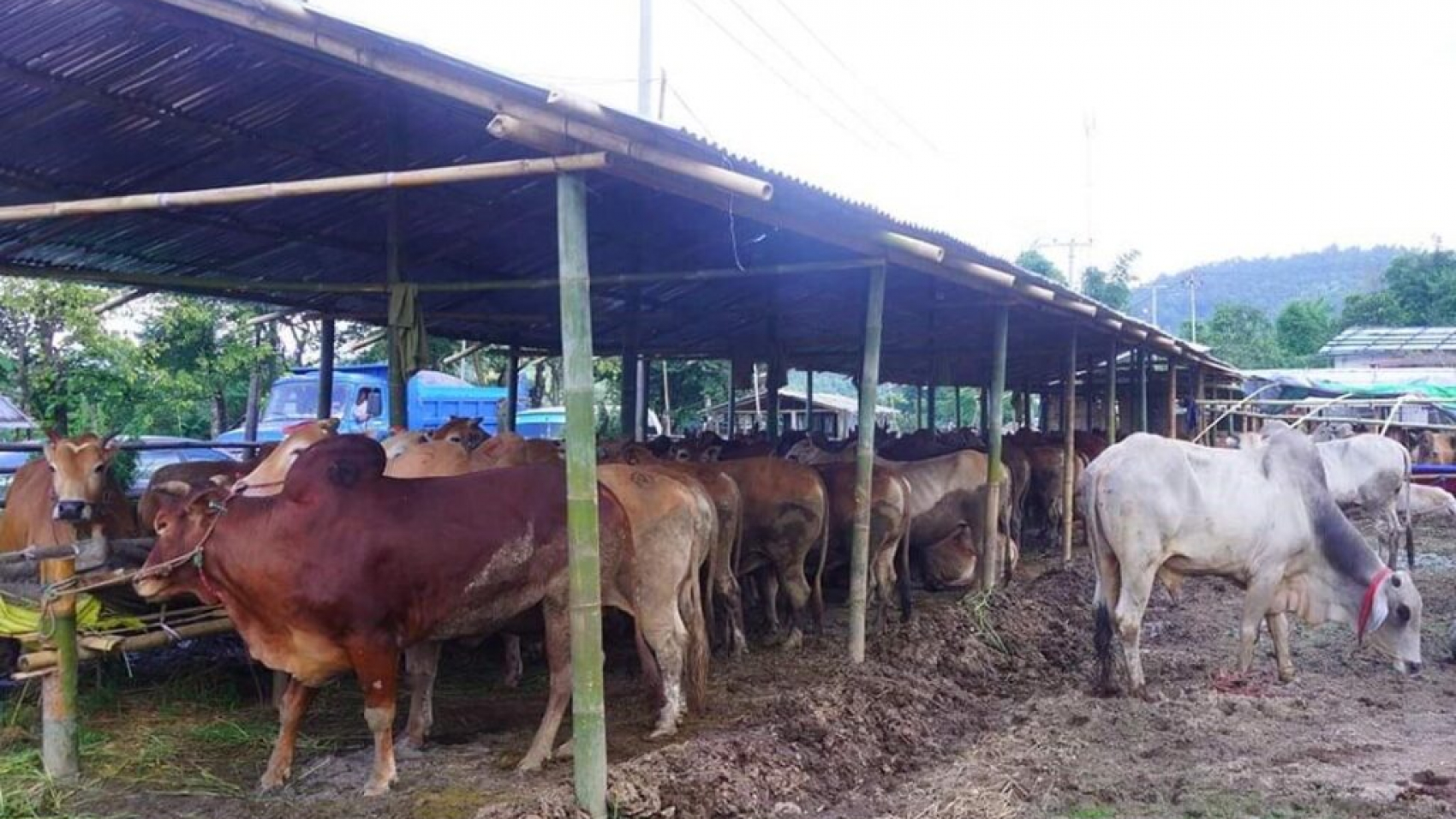 Myanmar’s cattle export to China stopped for over one and a half years, said U Soe Naing, chair of the Mandalay Region Cattle Exporters Association. The official market of Myanmar’s live cattle export to China has been suspended since late 2020. “The official market came to an abrupt stop in late 2020. Myanmar has halted the live cattle trade. China does not give the green light for live cattle trade,” said U Soe Naing.
Nonetheless, the black market of live cattle is booming in border areas. The cattle seen in China’s border areas originate from Myanmar. The cattle are daily traded on the black market.

For legitimate trade, China permits live cattle import only after ensuring the cattle are free from 20 diseases including foot and mouth disease, along with vaccination certificates, health certificates, and farming registration certificates. Those import criteria do not matter on the black market. Myanmar’s live cattle export relies heavily on the China market due to a good price although Myanmar has other external markets such as Laos, Thailand, Malaysia and Bangladesh. The authorities concerned need to regulate the market and coordinate the needs to generate revenue and increase the income of the cattle farmers and traders. Live cattle export was allowed in late 2017, with a view to preventing illegal exports, creating more opportunities for breeders and promoting their interests.

According to the 2018 cattle census, there are 11.5 million heads of cattle in the country, with 1.8 million buffaloes and 9.7 million cows and bulls, according to the Ministry of Agriculture, Livestock and Irrigation. Additionally, about 1.1 million cattle are mature enough to be placed on the market per year. About 400,000 cattle are required for local consumption, while the remaining are sent to export markets. The Ministry of Agriculture, Livestock and Irrigation will also strive for investments in dairy farming and value-added production businesses. Myanmar shipped US$360 million worth of animal products including cattle to the external markets in the 2018-2019 financial year. The value of animal product exports dropped by $100 million in the 2019-2020 financial year as against a year-ago period, following the negative impacts of the COVID-19. 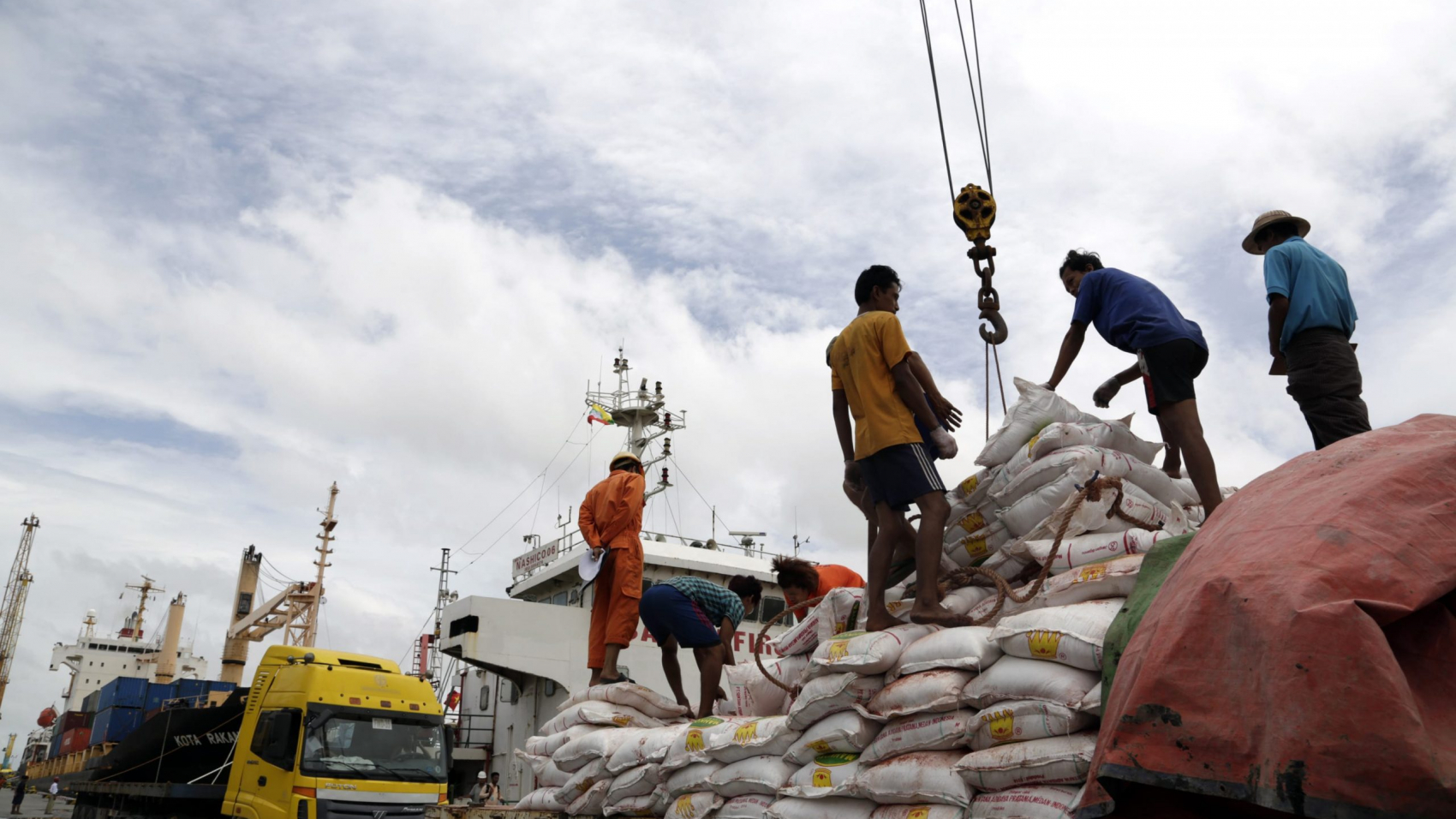 Myanmar exports about 200,000 tonnes of rice per month and expects to export two million metric tons during this financial year by cooperating with partner organizations, according to the Myanmar Rice Federation (MRF). The value-added rice is mainly exported to the European market. Although there is no impact on foreign exchange, it affects the rice export to a little extent and so officials make arrangements to overcome certain challenges. Myanmar exports rice to the EU, China, some ASEAN countries and Bangladesh.

There is broken rice demand for export, and the bran and broken rice are provided for the local livestock industry and breweries. Myanmar’s broken is exported to the EU and China most and also to Bangladesh. It still needs to maintain the local demand and export volume. In 2021, the country faced difficulties in currency circulation but this year the situation is better than last year and it hits the rice and farming development sector.

The MRF and rice merchants carried out arrangements regarding trade flows, maintaining a balance between the areas that have the surplus and where are in need and leftover rice in regions to achieve stable rice and broken rice market in July and August. As the local rice price was high at K30,000 per bag for high fertilizer prices, transport charges and a decline in rice mill operations. The prices of broken rice and sticky rice were also on the rise and so the officials made arrangements to gain a stable rice market in the monsoon. The MRF is making efforts to ensure rice and broken rice export, local consumption and a stable market and expects to export two million metric tons this financial year, according to the federation.