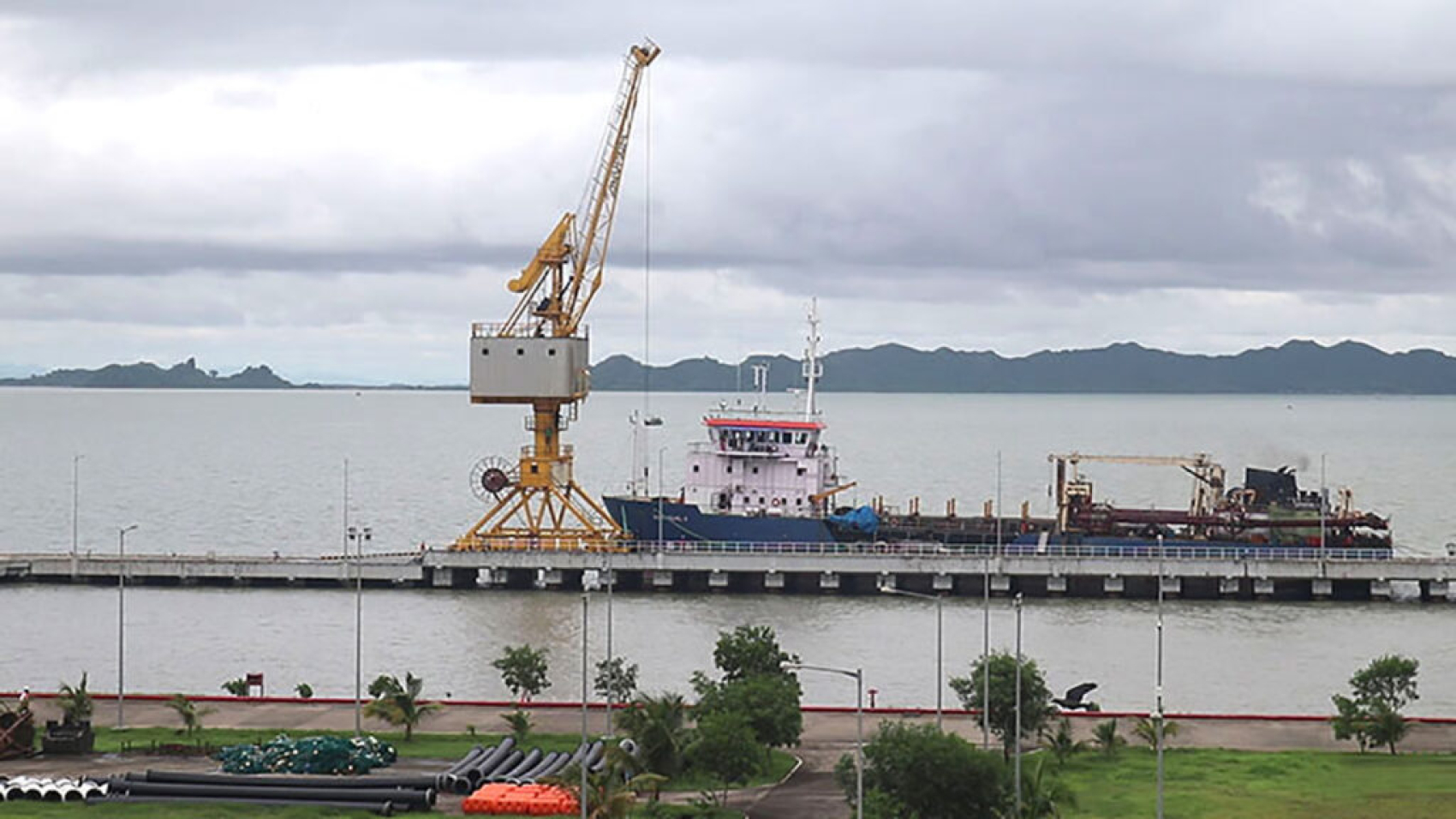 The new Sittway Port, a transit transport project of Myanmar and India, will be opened soon, according to the Rakhine State Chambers of Commerce and Industry. The new port is a multi-modal transit transport facility on the Kaladan River connecting Myanmar and India. Currently, the port is ready for the entry and exit of international ships and plans are underway to admit the local vessels.

A total of 2,500 tonnes of quality rice from Rakhine State can be exported via the Sittway Port in early January this year and the Rakhine merchants expect that the port would be operational during this month. The Kaladan Multi-Modal Transit Transport Project includes Sittway Port expansion, dredging for Kaladan River expansion and road construction to link Paletwa of Chin State with Mizoram state of India.

The Indian products will be transported to Paletwa via Sittway passing the Kaladan River by sea and Myanmar products will be exported by truck from Paletwa to Mizoram. The merchants, entrepreneurs and officials of the two countries also discuss establishing a shipping line to run weekly or monthly boat services after the port is inaugurated. The Indian and Myanmar governments signed the Kaladan Multi-Modal Transit Transport Project in 2008 and the operation of the project was started in September. The Indian government invested $484 million in the project.