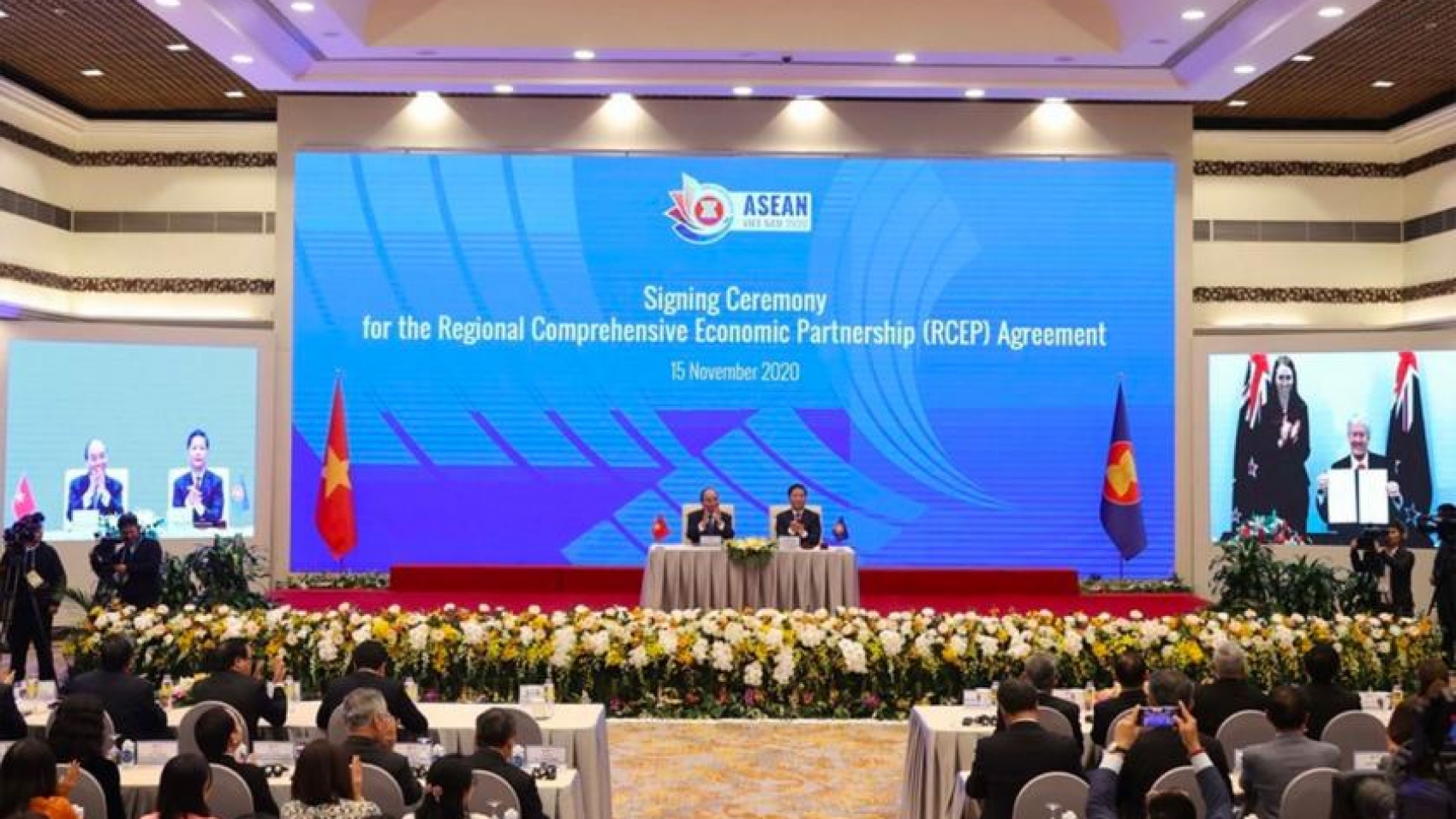 The 17th China-ASEAN Expo and China-ASEAN Business and Investment Summit Kicked off on November 27,2020 highlighting booming digital economy cooperation and the implementation of a recently signed major trade pact. Themed “Building the Belt and Road, strengthening digital economy cooperation,” this year’s expo aims to deepen cooperation in trade, the digital economy, science and technology, health, and other fields. Chinese President Ci Jinping called for cultivating a closer community with a shared future for China and the Association of Southeast Asian Nations (ASEAN) when addressing via video the opening ceremony.

With an exhibition area of 104,000 square meters, the expo has 5,400 booths in Nanning, capital of south China’s Guangxi Zhuang Autonomus Region. More than 1,500 enterprises from home and aboard will participate virtually in the four-day event, according the organizers. The expo will also host 11 high-level forums and more than 160 economic and trade promotion activities. This year is designated as the China- ASEAN Year of Digial Economy Cooperation. Strengthening digital economy cooperation was the common call of ASEAN leaders at the opening ceremony. China is one of the countries that are at the forefront in developing infrastructure and is an important partner of ASEAN in promoting the digital economy in the region.

This year’s expo also highlights the Regional Comprehensive Economic Partnership (RCEP), the world’s biggest trade pact, which was signed earlier this month by 15 Asia-Pacific countries including ASEAN’s 10 member states and China. It was a massive move for regional economic integration, multilateralism and free trade. The expo features a “Belt and Road” exhibition area, and enterprises from RCEP countries including Japan, the Republic of Korea, Australia and New Zealand have participated in the event, according to Wang Lei, secretory- general of the expo’s secretariat.

High-level dialogue conducted during the expo will promote greater participation from RCEP members in the construction of the Belt and Road, said Wang, adding that the expo will help integrate the market advantages and resources of the 10 ASEAN members with the capital and technical advantages of other RCEP members. The RCEP will also provide a solid foundation for an open, inclusive, and rules-based global trade environment. Xu Ningning, executive president of the China – ASEAN Business Council, said that opening up the markets of the 15 countries to each other will bring about new changes and closer regional cooperation.