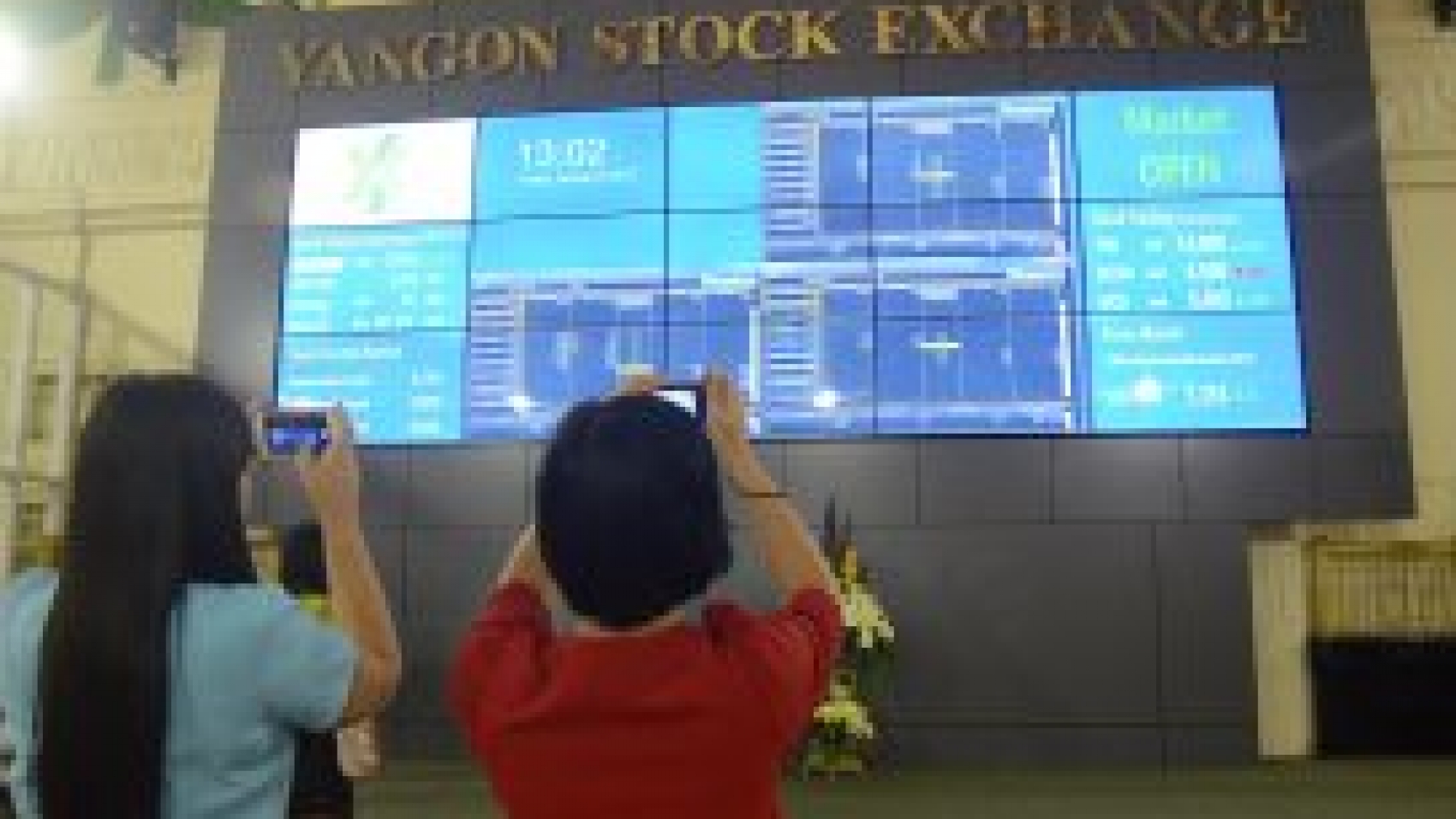 Yangon used to be busy and have a lot of people everywhere, but now number of vehicles and people has become smaller and smaller due to the ongoing Covid-19 crisis. The number of those who are staying at home has been gradually increasing as they curb possible contacts in their daily relationship. At such a time, much of the work is shifted to online. In the financial market, the trading on Yangon Stock Exchange is moving more sluggishly than normal. The value traded on YSX by normal trading system during August reached K747.5 million worth of 118,850 shares. The value traded on YSX by block trading system reached K197.45 million worth of 54,874 shares. The total value traded on YSX during August touched K944.95 million and the value traded daily was around K47 million, cited for the announcement of the YSX.

In a bid to extend YSX share trading into the international community, regulatory procedures have to be observed as Myanmar instructed. If the return on the investment is wanted to be sent to the relevant foreign country, the foreign listed company will have to be under supervision by the Central Bank of Myanmar following rules and regulations as well as directives issued by the Central Bank of Myanmar besides the provisions of Foreign Exchange Management Law. It is aimed at ensuring a systematic financial flow when the YSX carries out share trading. Only then can errors be reduced at a time when financial matters are being carried out and stock shares are being traded in. The global pandemic of Covid-19 slowed down the favourable prospects for economic growth and local and foreign investments in Myanmar.

Businesses and investments are moving to the countries having better economic potentials in the future right now when there has been an increase in the number of business contacts. The YSX is one of the interesting businesses of international investors. There is also a plan to change State-owned businesses into YSX listed companies in order to attract the attention of local and foreign investors in the YSX running with slow share trading. It is to intend local and foreign investors to pay more attention to share trading among the strong businesses.

The YSX started on 25 March in 2016 has been in operation for more than four years. The FMI, the MTSH and the Myanmar Citizens Bank and the First Private Bank became YSX listed companies within one year of its birth. The share volume among these four listed companies reached 3.6 million and was valued at K800 billion within one year. At such a time, the YSX is planning to invite the public to the share trading encouraging profitable State-owned businesses to participate in the stock exchange. This move will be able to make the share price go down, thereby revitalizing slow-running YSX livelier than now. A Japanese company named Daiwa Securities suggested that Myanmar government should privatize State-owned businesses and encourage them to participate in the YSX.

The share volume in the hands of YSX listed companies reached more than 300,000 with 33,000 people opened bank accounts. The share trading is now running slow affected by the Covid-19 pandemic, but share prices are not expected to be going down too much. The FMI stood at K9,900 on closing market price chart, the MTSH at K3,700, the MCB at K8,000, the FPB at K22,500, the TMH at K2,700 and the EFR at K3,050 respectively. The YSX’s share trading went on to some degree despite Covid-19 crisis. The share trading of some listed companies went well but some didn’t. The share value for the whole month of August stood at K47 million. The YSX Expo that is held every year was held via online in order to avoid crowds as the Covid-19 cases were still going on.