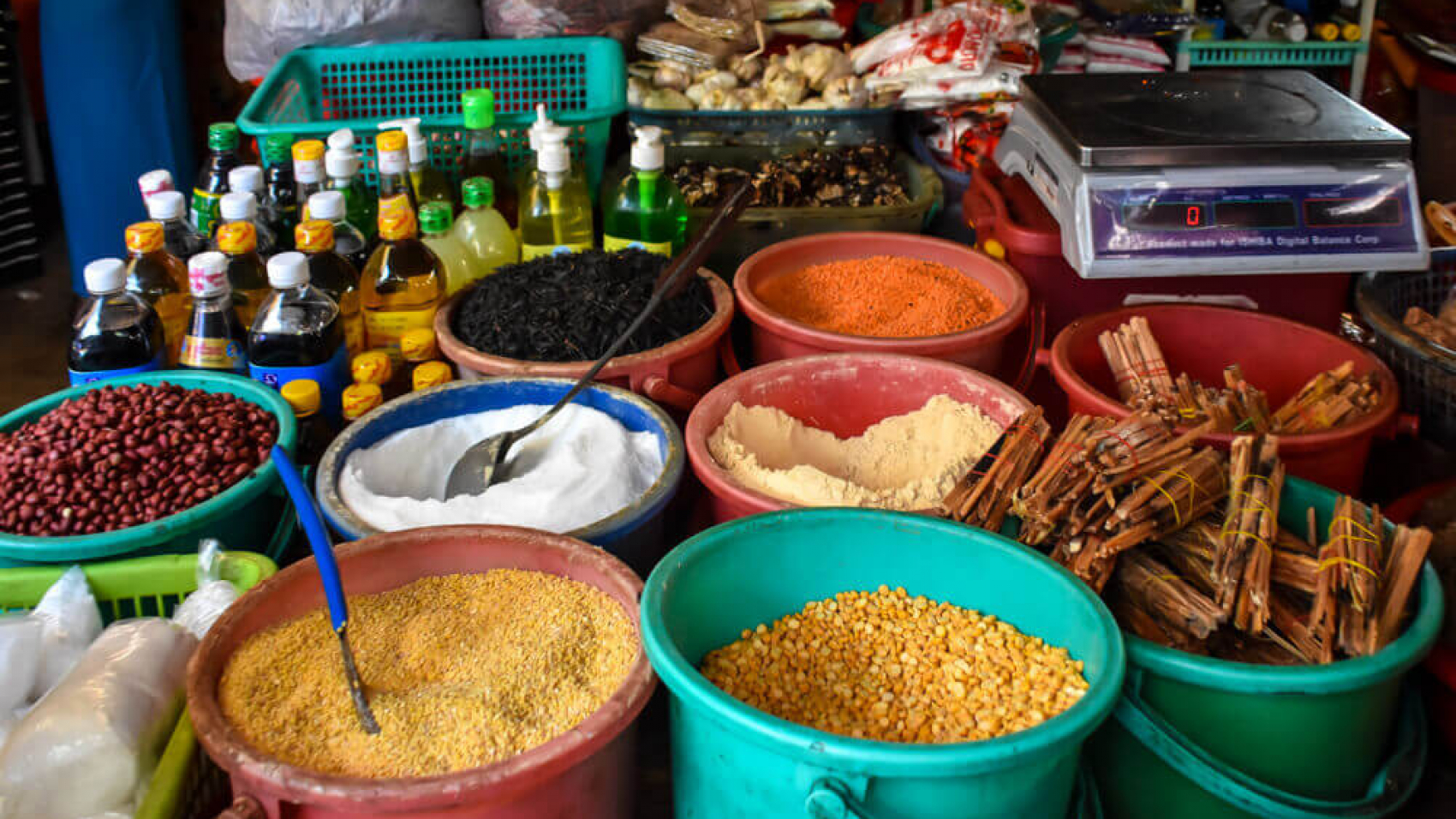 During the week ending 20 September, the prices of onion and sugar bounced back at Bayintnaung Wholesale Market. Meanwhile, the prices of palm oil and chilli pepper slid again. Also, Chinese potato and black gram prices fell. Sugar fetched K2,550 per viss (a viss equals 1.6 kilogrammes) in the wholesale market.

Following the entry of 72,000 visses of onions on 20 September, only onions from the Seikphyu area were set price at K2,800-3,200 per viss in the wholesale market. On 20 September, the maximum price of onions was K3,100 per viss at Seikphyu commodity depot and K3,000 per viss of onions at Pakokku commodity depot, according to the price data of those two regions.
Chinese onions were sold at K2,500 after the processing process. The price of Chinese onions which have the same size as those from Myittha Township stood at K2,650 per viss.

Garlic
On 20 September, the wholesale prices of garlic from Shan State (Aungban area) moved in the range of K2,800-4,000 per viss while Kyukok garlic fetched K4,000 per viss. The prices dropped from K4,200-4,800 per viss recorded in the previous weeks.

Potato
The price of Chinese potatoes decreased to K2,150 on 19 and 20 September after it hit K2,500 per viss.
Shan potatoes were priced at K1,500-1,700 per viss depending on quality. However, big potatoes are not found in the markets.