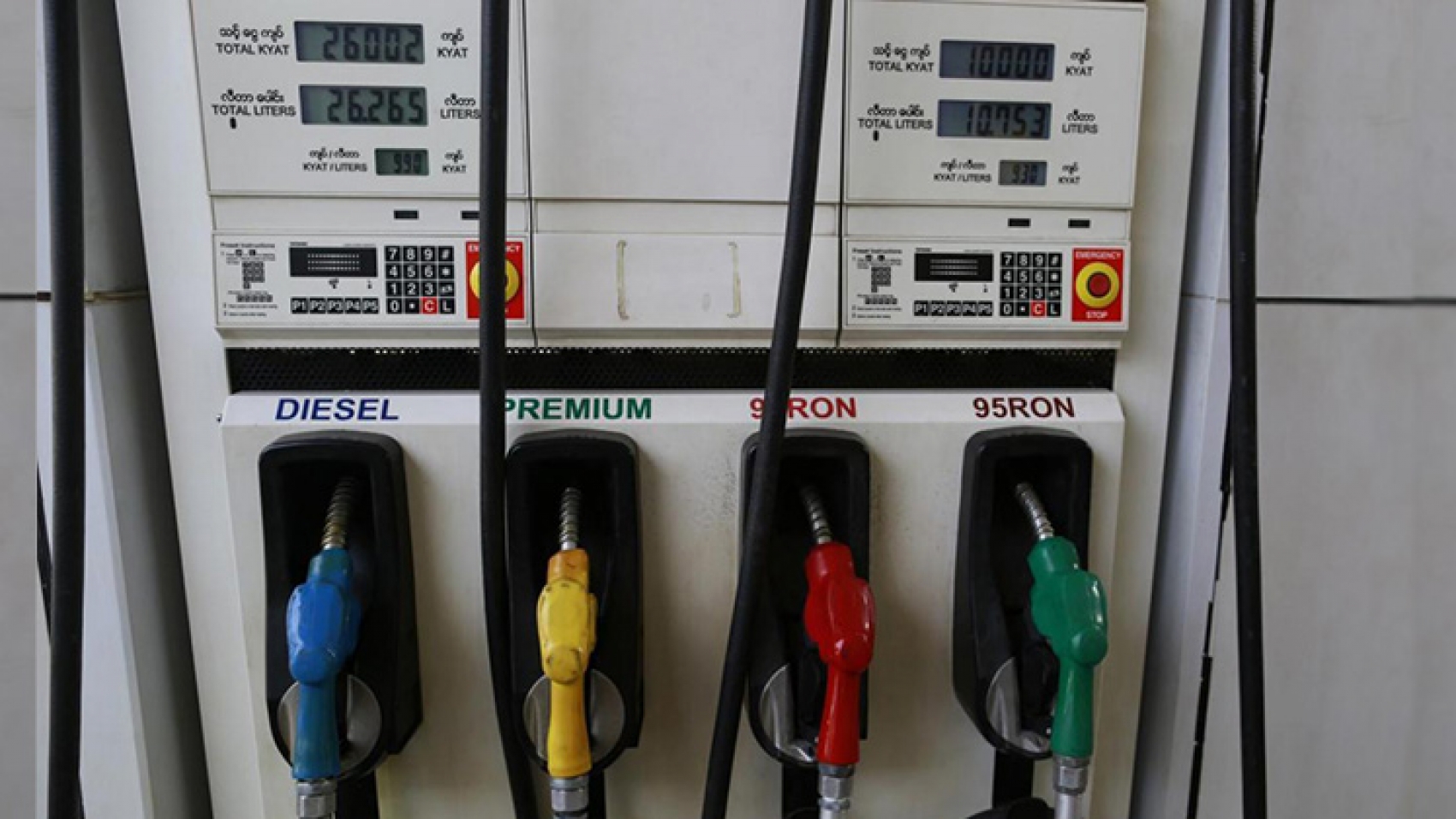 Fuel oil price continues an upward spiral even after the Central Bank of Myanmar tried to stop the depreciation of the Kyat against safe-haven dollars, the fuel market’s data indicated. In late August, Kyat weakened against the strong dollar at over K4,500. At present, the exchange rate slid to around K3,200.
The fuel prices continued to spike. The prevailing fuel prices touched a high of K2,485 per litre for Octane 92, K2,575 for Octane 95, K3,065 for premium diesel and K3,150 for diesel. The CBM also announced on 30 August that it will provide more than US$200 million through the foreign exchange market according to the decision made by Foreign Exchange Supervisory Committee in order to ease the commodity inflation triggered by fuel price spike.

Later, the fuel prices slightly declined. At present, fuel prices have risen in the domestic market. The Supervisory Committee on Oil Import, Storage and Distribution of Fuel Oil stated that domestic fuel prices follow the price index set by Mean of Platts Singapore (MOPS), the pricing basis for many refined products in Southeast Asia. The committee is governing the fuel oil storage and distribution sector effectively not to have a shortage of oil in the domestic market and ensuring price stability for energy consumers.

The Petroleum Products Regulatory Department, under the guidance of the committee, is issuing the daily reference rate for oil to offer a reasonable price to energy consumers. The reference rate in Yangon Region is set on the MOPS’ price assessment, shipping cost, premium insurance, tax, other general cost and health profit per cent. The rates for regions and states other than Yangon are evaluated after adding the transportation cost and the retail reference rates daily cover on the state-run newspapers and are posted on the media and official website and Facebook page of the department on a daily basis starting from 4 May.

As per the statement, 90 per cent of fuel oil in Myanmar is imported, while the remaining 10 per cent is produced locally. The domestic fuel price is highly correlated with international prices. The State is steering the market to mitigate the loss between the importers, sellers and energy consumers. Consequently, the government is trying to distribute the oil at a reasonable price compared to those of regional countries. Some countries levied higher tax rates and hiked oil prices than Myanmar. However, Malaysia’s oil sector receives government subsidies and the prices are about 60 per cent cheaper than in Myanmar. Every country lays down different patterns of policy to fix the oil prices. Myanmar also poses only a lower tax rate on fuel oil and strives for energy consumers to buy the oil at a cheaper rate.