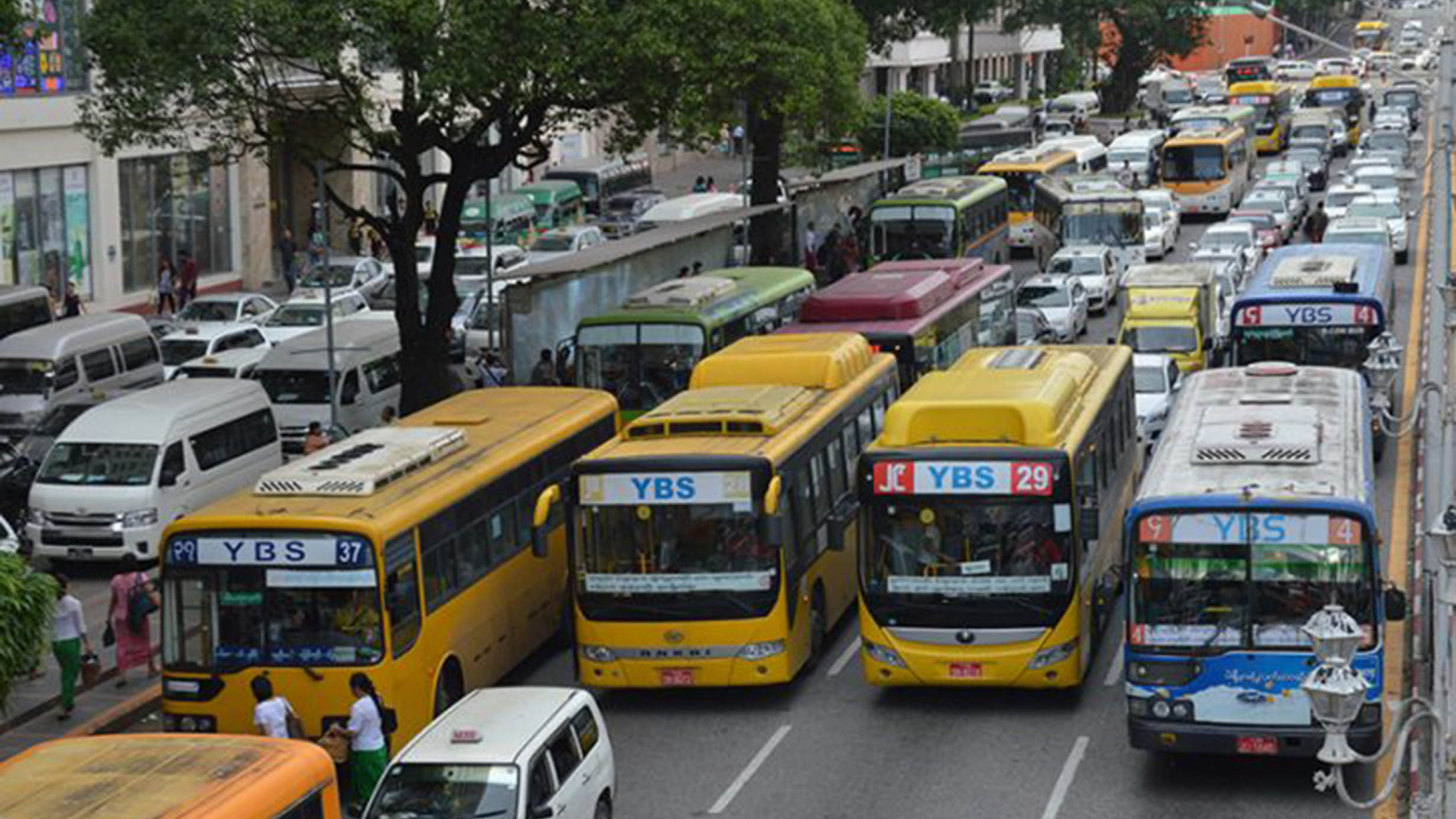 Bus fare collection on YBS payment cards will depend on number of bus-stops for five days, and initially, YBS 28 and YBS 29 lines will start working as a pilot test from 13 August, according to the YBS authorities.
The bus fare will be based on the number of stops by specifying the beginning of the gate, the middle of the gate, and the end of the gate. It will be started as a pilot test from 12 to 18 August and if it is convenient, it is planned to be implemented from 19 August.

Any stop will be charged 200 kyats according to the current fare format on the YBS-28 (Dagon University to Sule City Hall) bus line, starting from the starting stop and up to a total of 25 stops. A total of 300 Kyats will be deducted from the card if the journey exceeds 24 stops from the start of the bus stop. Similarly, any stop on the YBS-29 (Shwe Paukan Bridge to Sule City Hall) bus line will be charged 200 kyats from the starting stop up to a total of 33 stops. A trip that exceeds a total of 32 stops from the bus stop will cost 300 kyats. From 12 to 18 August, the Dilet Test system will be tested for five days only, and if it is effective, YPS card users will be able to make accurate fare payments using the YPS card based on the number of stops from 19 August.

It is reported that the previously fixed fare (Flat Fare) will now be changed to a fare (Distance Fare) which will be charged based on the distance traveled. YUPT Company announced in early August that if passengers will pay the fare with the YPS card, they will have to pay the fare with the card once to get on the bus and once to get off. As for the fare collection, it will cost 200 kyats if the trip is half way from the gate. It is planned to charge 200 kyats from any trip to the end of the gate and 400 kyats for the whole trip. If passengers pay for the start-to-end of the trip with the YPS card, the fare will be reduced by 5% discount and will cost only 380 kyats. A total of 116 YBS bus lines are transporting about 121,230 passengers with 3,172 buses in all townships in Yangon.