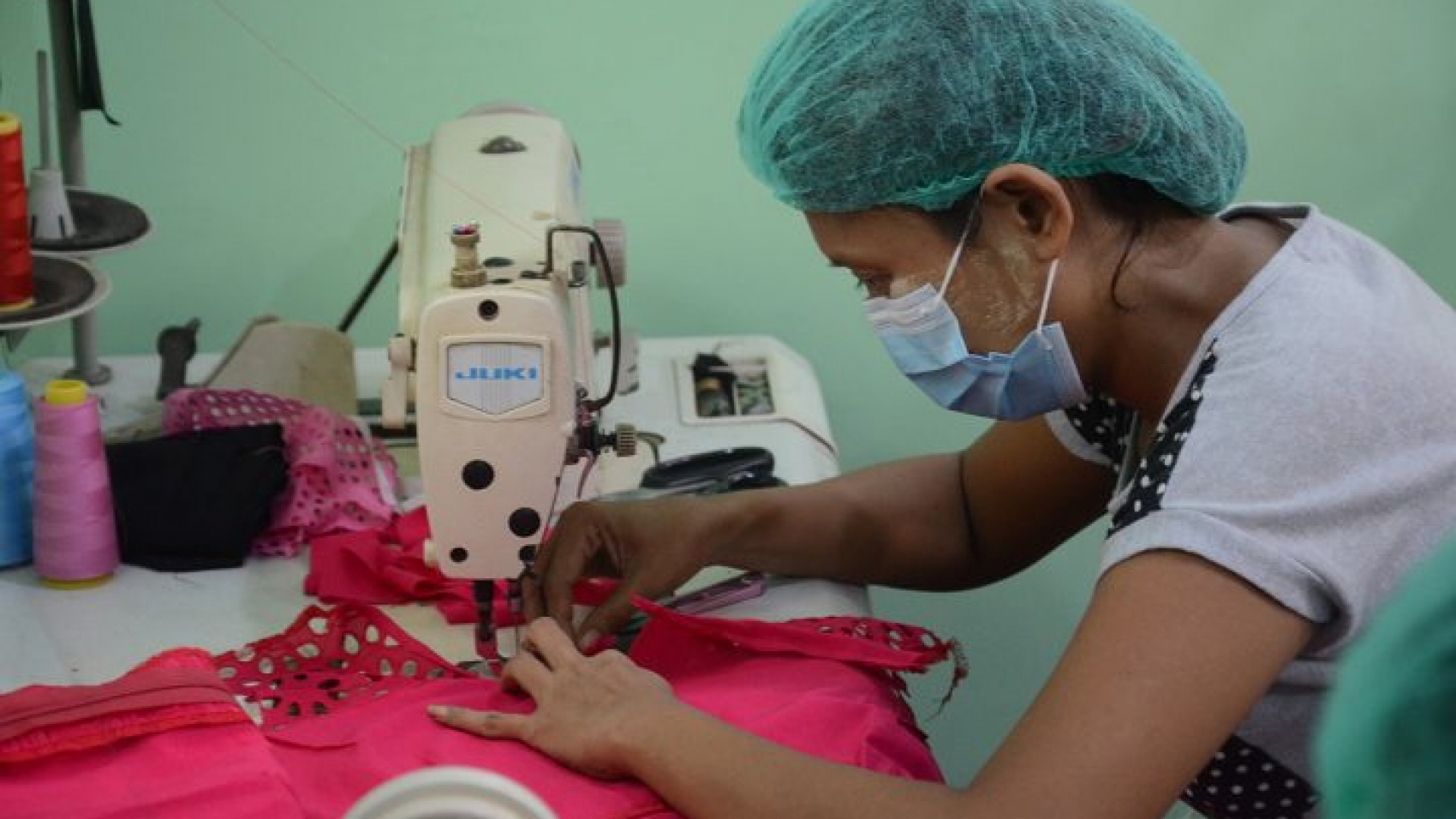 MYANMAR’S garment export has dropped by 25 per cent as of the first quarter of the current financial year 2020-2021 compared with a year-ago period on the back of a slump in demand by European Union market, the Ministry of Commerce stated. Exports of garments manufactured under the
cut-make-pack (CMP) system were valued US$870 million in the past three months (Oct-Dec) in the current FY, according to the Ministry of Commerce’s data. The figures plunged from $1.2 billion in the corresponding period of the last FY2019-2020. Myanmar ’s garment industry faces challenges such as raw material supply disruption and cancellation of orders, CMP garment exporters said. At present, over 100 CMP garment factories temporarily shut down on the reason for the lack of raw materials and slump in demand due to the coronavirus negative impacts, leaving thousands of workers unemployed.

Sixty-four factories have been permanently closed down during the pandemic, compensating about 25,000 workers. The data does not include those factories that have not resolved worker payments, stated the Ministry of Labour, Immigration and Population. The Myanmar Garment Manufacturers Association (MGMA) and EuroCham Myanmar held virtual meetings on 7 January 2021, along with representatives from EU brands. They highlighted efforts to increase job creations in the garment factories, keep garment factory order from European buyers, improve skilled workers’ capacity, and upgrade the Myanmar Garment Human Resource Development Centre (MGHRDC) and strengthen relationships between employers and workers. Additionally, MGMA also proposed leading a working group including government officials, European Brands’ representatives and the related institutions, to transform CMP into the free-on-board(FoB) system.