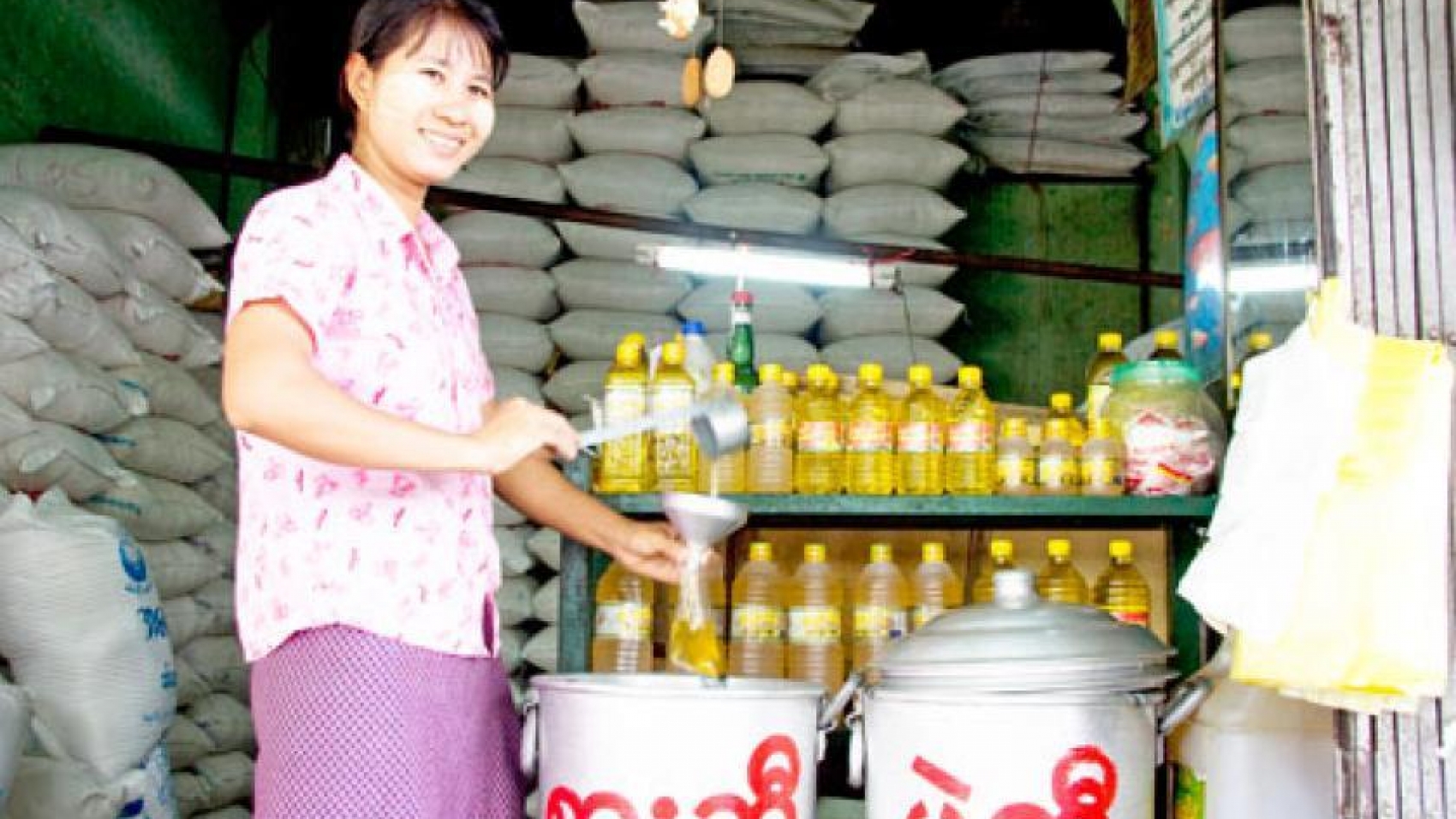 The domestic palm oil has slightly declined, tracking the import price retreat, said U San Lin, chair of Myanmar Edible Oil Dealers’ Association. The palm oil fell to US$995 per tonne in the international market. Consequently, it ranges K2,800-2,900 per viss (a viss equals 1.6 kg) in the domestic wholesale market. The oil palm plants produce fruits in abundance this time. The price is likely to extend its drop up to October if any trade barrier will not occur, U San Lin said. Normally, oil palm plants are plentiful in Malaysia this time. They produce the fruits from June to October.

In early January 2021, production slump in importing countries Malaysia and Indonesia, caused by erratic weather conditions and the COVID-19 impacts, high imports by certain countries under tax reduction, a tax hike on exports in producing countries and the short storage of palm oil in those countries contributed to the rise in edible oil price. The palm oil price stood at $1,055-1,200 per tonne in the foreign market.

Last 7 January, Myanmar Edible Oil Dealers’ Association issued a notice to import the palm oil from foreign countries sustainably for self-sufficiency, distribute the edible oil at a fair price to the consumers and ensure that there will be no edible oil shortage in regions and state when there is a rise in imported oil price. The domestic consumption of edible oil is estimated at 1 million tonnes per year. The local cooking oil production is just about 400,000 tonnes. To meet the self-sufficiency in the domestic market, about 700,000 tonnes of cooking oil are yearly imported.