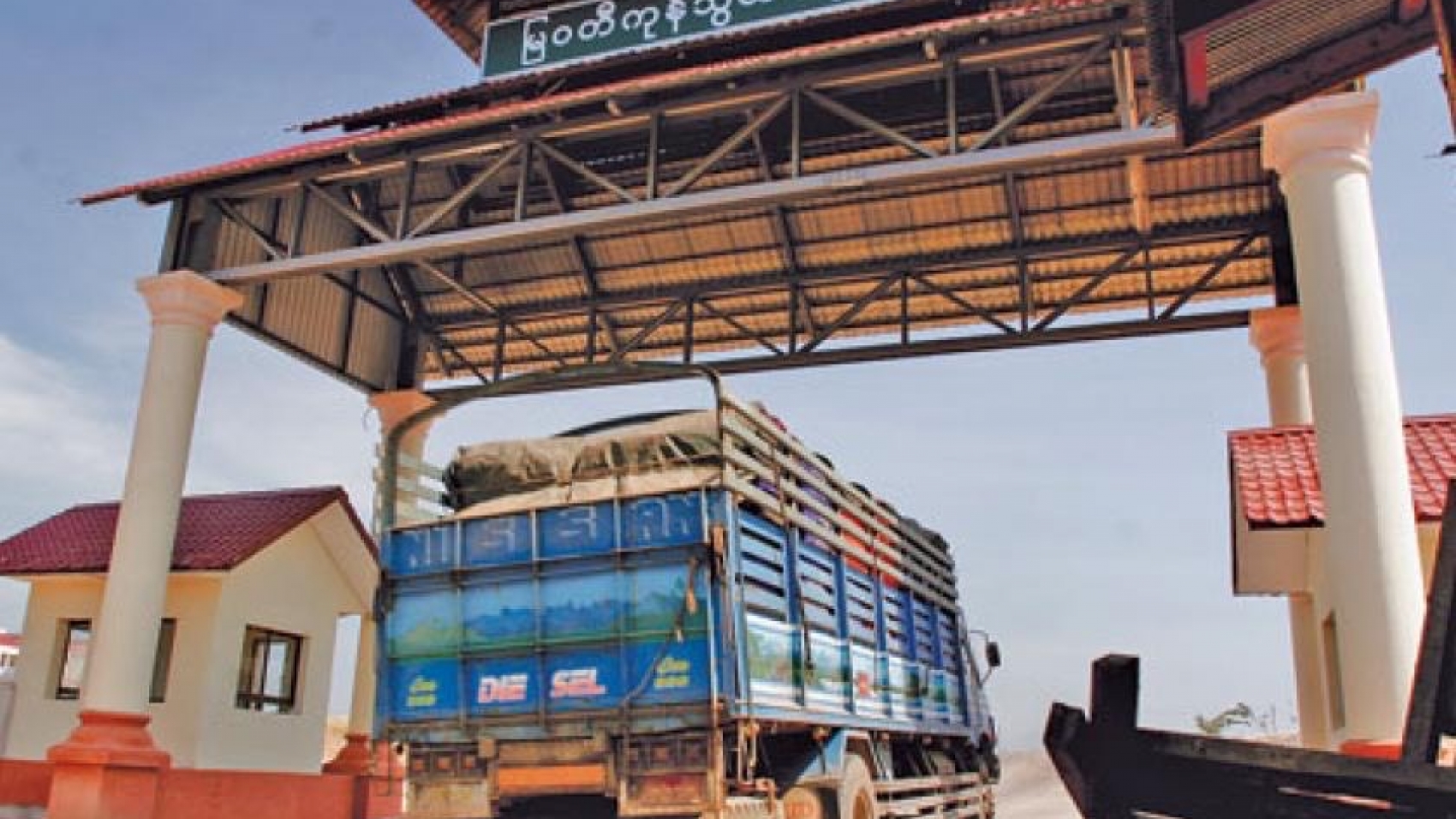 According to data released by the Ministry of Commerce, trade conducted by Individual Trading Card (ITC) holders reached over K10.85 billion through the land border in the first four months of the current financial year 2020-2021. The Trade Department issued 23 cards in the Oct-Jan period this FY. Imports exceeded K9.19 billion, and exports were valued at just K1.658 billion. The Myawady border recorded the highest trade value at K7.77 billion, according to the Commerce Ministry. Nevertheless, the figure only reflected imports as individual trading cardholders did not export goods through the Myawady gate. The value of trade carried out by individual cardholders stood at K144 million at Tamu post, K116 million at Tachilek, K704 million at Kawthoung, K2.09 billion at Mawtaung and K14.2 million at Kengtung, as per data from the Commerce Ministry.

At present, individual traders are no longer permitted to import the soap, detergent powder and toothpaste through the land border with the Individual Trading Card (IRC) starting from 4 June 2020, with a view to safeguarding the interests of local SMEs and helping them survive in a highly competitive market. Nevertheless, the restriction does not impact the regular traders with import/export licence. Fifty per cent of soap, detergent powder and toothpaste imports through Myanmar-Thailand border are done with ITC cards. Another 50 pc is carried out with the regular import/export licence. The import ban will hike the prices and cause negative consequences to the consumers and traders engaged in border market, a market observer shared his opinion.

Additionally, Myanmar’s Trade Department under the Ministry of Commerce notified that four food commodities are to be temporarily restricted for import via the Myanmar-Thailand border starting from 1 May, Myawady Trade Zone reported. The restricted items include various beverages, coffee mix and tea mix, instant coffee, and condensed milk and evaporated milk. However, they can be imported through maritime trade. Individual trades topped K737 million from 21 November 2012 to 31 March 2013 and exceeded K6.6 billion in the FY2013-2014. They reached K9.37 billion in the 2014-2015FY and stood at over K6.4 billion in the 2015-2016FY. They rose above K18.5 billion in the 2016-2017FY and touched K45.9 billion in the 2017-2018FY, with K22.5 billion during the 2018 mini-budget period (April-September) and K59 billion in the 2018-2019FY.

They drastically plunged to K43.32 billion in FY2019-2020. The individual traders who cannot establish their own company can trade with the ITC in the border area. However, trading volume is limited. The card validity is set for only one year. The cardholders need to extend the card at the respective border posts one month before the expiry date. Trading with the use of ITC is based on local currency. Hundreds of exports and imports items have been allowed for individual trading via the border posts. The traders can seek the ITC at the offices of Tamu, Muse, Myawady, Tachilek, Lwejel, Sittway, Maungtaw, Chinshwehaw, Kampaiti, Myeik, Kawthoung, Reed, Htantlang, Mawtaung, Hteekhee, Kyainglat, Meisei and export/import offices in Mandalay, Kengtung and Myitkyina. The trade department has issued 1,798 cards so far, intending to boost trade. People in business can trade goods worth K3 million per day using ITCs. The Trade Department has permitted trade of up to K15 million per day over five days.