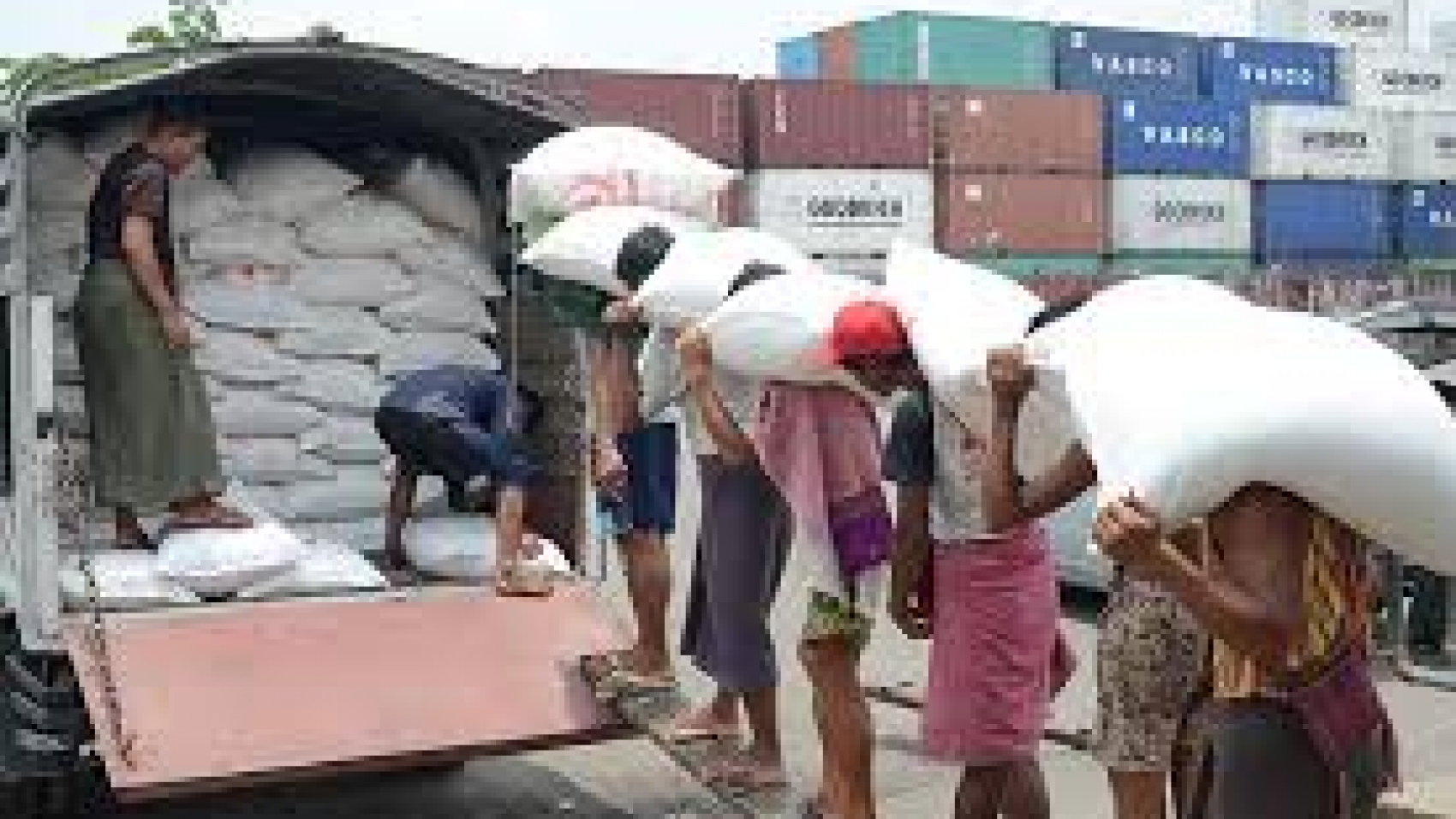 THE volume of rice and broken rice exported between 1 October and 6 November in the current financial year 2020-2021 reached 163,413 metric tons, worth over US$60.67 million, according to an announcement from the Myanmar Rice Federation (MRF). Maritime trade constitutes 54.9 per cent of rice exports, generating $33 million from over 89,764 tonnes of rice, while border trade accounts for around 45 per cent of the total rice exports. Rice
exports through the land border have generated an estimated income of $27.55 million from over 73,649 tonnes of rice. Myanmar’s rice is shipped
to 26 foreign countries in October 2020. MRF expected to ship 2.4 million tonnes of rice, and broken rice in the last FY ended 30 September 2020.

The country surpassed the export target, sending over 426,611 metric tons to neighbouring countries through border trade and over 2.15 million tonnes of rice and broken rice to foreign trade partners via maritime trade, totalling over 2.58 million tonnes. A surge in rice export through sea trade was contributed to meeting year’s export target, MRF stated. Myanmar targets to export 4 million tonnes of rice and broken rice in the current financial year 2020-2021, said U Aung Than Oo, vice president of Myanmar Rice Federation (MRF). Myanmar shipped 3.6 million tonnes of rice in the FY2017-2018, which was an all-time record in rice exports. The export volume plunged to 2.3 million tonnes, in the FY2018-2019. Yangon gold merchants seek large-scale trading permit around 100 trucks of watermelons and muskmelons could pass through Kyin San Kyawt border checkpoint. The inspection at China’s checkpoint takes longer for drivers beginning from 16 November, and only 50 trucks can enter border crossing. If around 200 watermelon/muskmelon trucks enter the Muse land border, the traffic congestion will worsen.

Muse depot traffic control is monitoring the trucks at its upmost, said the owner of Khwar Nyo Fruit Depot. The prices of watermelon move in the range of 4,500-6,000 Yuan per tonne on 17 November, while muskmelon is priced 4,000-5,800 Yuan per tonne. The COVID-19 resurgence in Myanmar directly affected the border trade, and some truck drivers have tested positive for the coronavirus. As China is tightening the border security to contain the spread of COVID-19, it caused the delay in trade. Earlier, trading was conducted in Muse border. The COVID-19 conditions blocked Chinese traders to come. As China has been stepping up border control measures to contain the spread of the COVID-19, the driver substitution policy has been exercised on Muse, Mang Weing and Kyalgaung border route, said chair of Muse-Namkham Chamber of Commerce. Myanmar exports more than 800,000 tonnes of watermelons and 150,000 tonnes of muskmelons every year. Workers load sacks of rice onto a truck in Yangon.