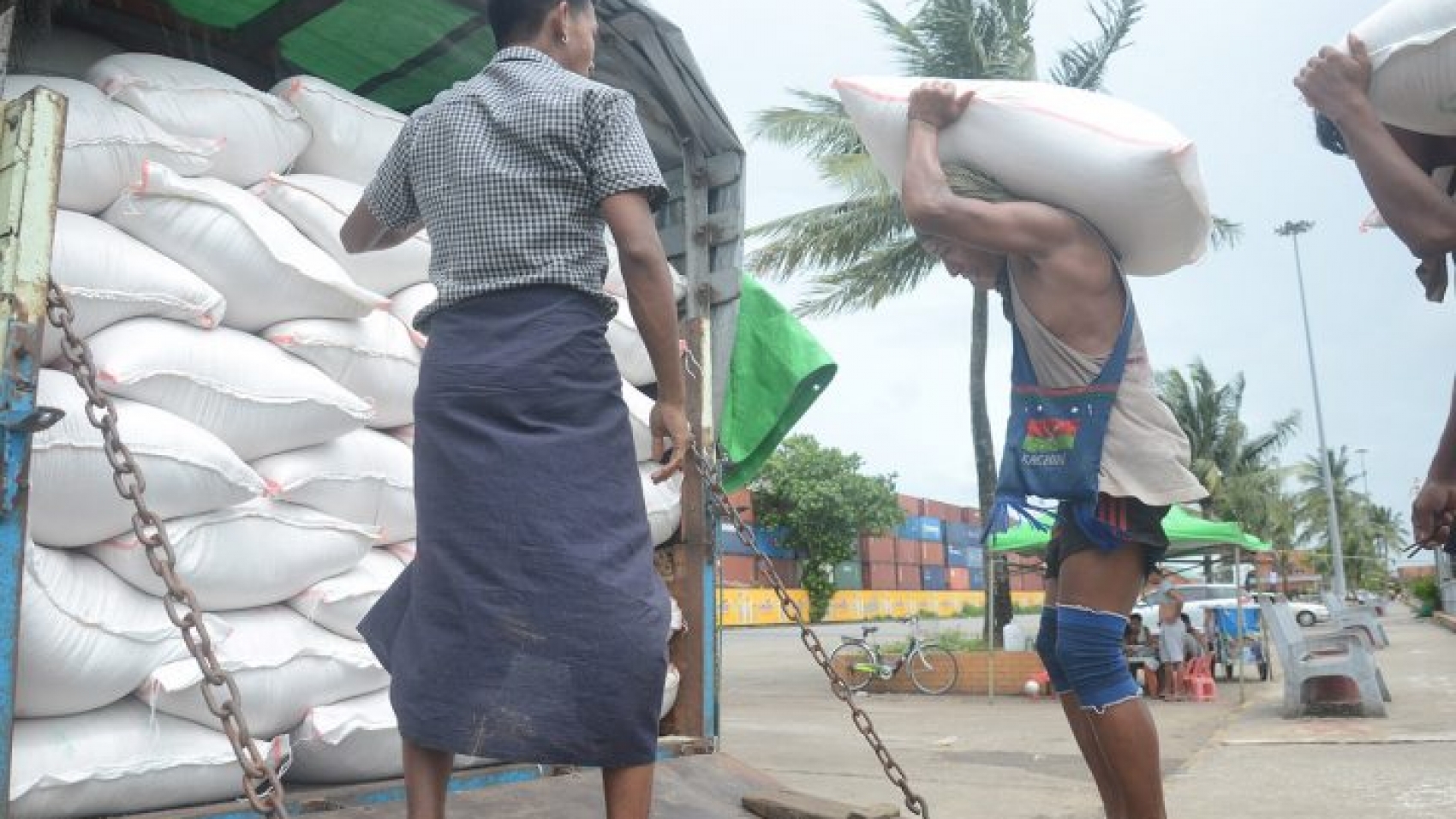 Myanmar generated US$661.4 million income from exports of rice and broken rice in the past eight months (October-August) of the financial year 2020-2021, according to the Myanmar Customs Department. Border trade disruption led to a sluggish market and the export price dropped. The prices of white rice varieties range from US$340-355 per MT depending on the different varieties and quality, according to the Myanmar Rice Federation (MRF). This year, rice shipment to European countries is declining.

However, Myanmar is delivering rice and broken rice to China and Bangladesh. The market cools down for now owing to the transport difficulties amid the closure of the border posts. The prices of rice last month for Pawsan varieties moved in the ranges of K38,000-57,000 per 108-pound-bag in the domestic market, while low-quality rice fetched K22,300-28,000, MRF data showed. The price indicated a gradual increase. Furthermore, as per the 2020 rice price data, the price of staple rice usually increases in the rainy season.

Consequently, the price gain is seen as expected during the monsoon season of this year, a trader stated. MRF and its affiliated associations sold the rice at a fairer price in Yangon Region, starting from 14 September 2021. Myanmar set the rice export target at only 2 million tonnes in the current FY as summer paddy growing acreage drops as per MRF. Weather changes affected irrigation water resource availability in agriculture. Consequently, the export figures showed a drop of 300,000 tonnes of rice in exports this year. Myanmar generated over $800 million from rice exports in the previous FY2019-2020 ended 30 September, with an estimated volume of over 2.5 million tonnes.