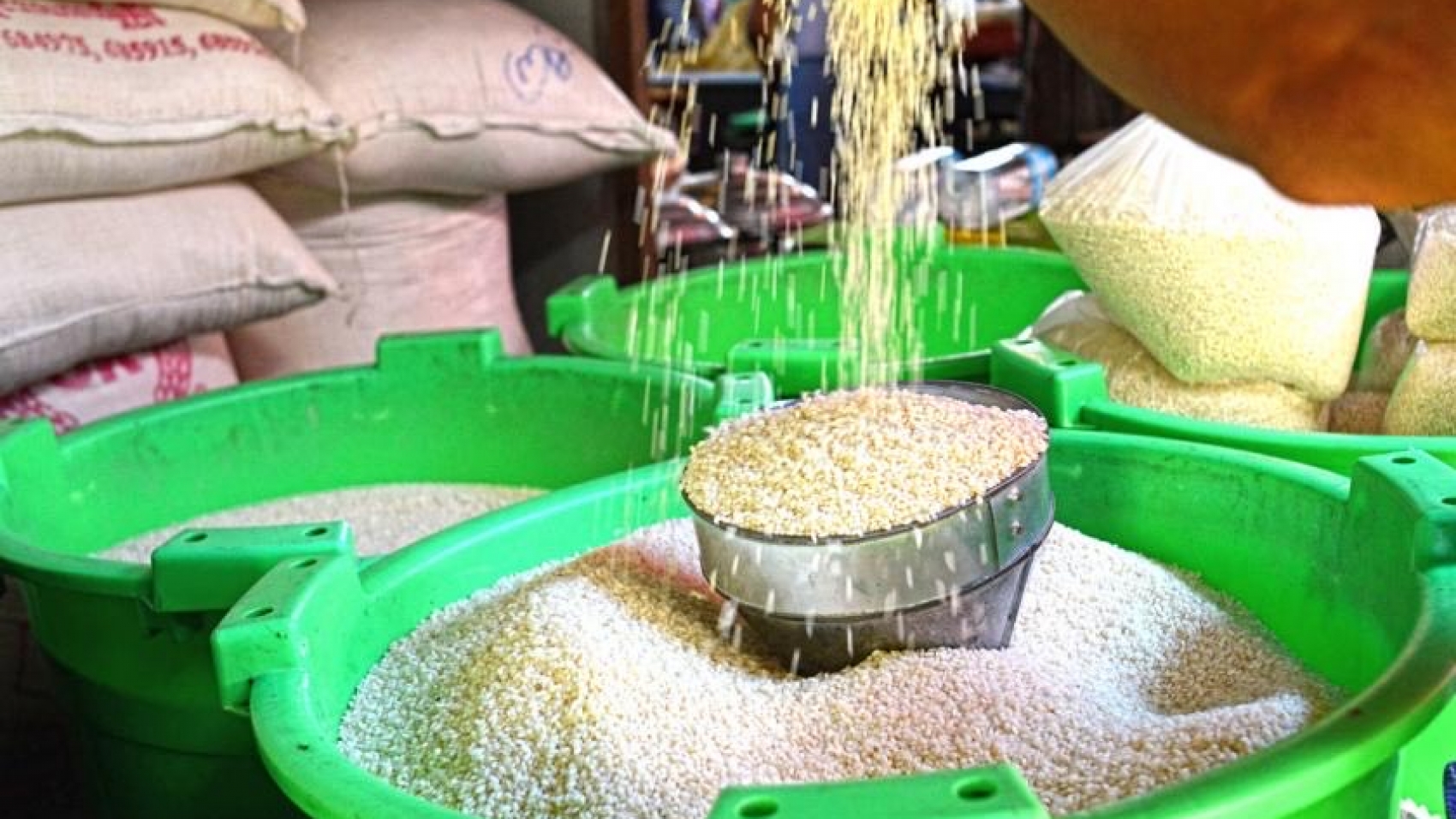 With the Chinese Yuan appreciating, Myanmar’s exports of rice
and broken rice are so strong that the exporters are receiving
handsome benefits, said U Min Thein, vice-chair of Muse Rice Wholesale Centre. At present, the Chinese Yuan is gaining, and a Yuan is over K200. As a result of this, the exporters are financially doing well. The stronger the Chinese Yuan, the better the exporters earn. There is good potential for rice and broken rice among the goods exported to China. The rice prices stand at 129 Yuan per bag for broken rice, 133 Yuan for Ngasein rice variety, 135 Yuan for Thuka variety and 142 Yuan for Htonepu variety, Muse rice
depot stated. Last 26 February, China gave green lights to some Myanmar export companies to deliver the rice to China through the Muse land border.

It is also said that the authorized companies for rice export to China have increased this year as against last year. Myanmar traders have
started shipping rice to China under new permits through the Muse border.
Nevertheless, the private banks’ closure disrupted the transaction problem in the rice trade, he elaborated. Myanmar shipped more than 720,000 tonnes of rice and broken rice to foreign countries between 1 October and 15 January of the current financial year, earning over US$275 million, Myanmar Rice Federation stated. The country sent over 308,000 tons to neighbouring countries via border trade, and maritime trade saw over 418,000 tonnes. Myanmar has exported rice to 31 foreign markets so far. China is the main buyer of Myanmar rice with over 340,000 tonnes, followed by the Philippines (36,000 tonnes) and Poland (14,000 tonnes).

Meanwhile, Myanmar sent broken rice mostly to China (over 210,000 tonnes), followed by Belgium (46,000 tonnes) and Thailand (over 6,300 tonnes). Broken rice was placed in 16 foreign markets. Myanmar set the rice export target at only 2 million tonnes in the current FY as summer paddy growing acreage drops, said the Chair of Myanmar Rice Federation (MRF). Weather changes affected irrigation water resource availability in agriculture. Consequently, the export figures showed a drop of 300,000 tonnes of rice in exports this year. Myanmar generated over $800 million from rice exports in the previous FY2019-2020 ended 30 September, with an estimated volume of over 2.5 million tonnes.