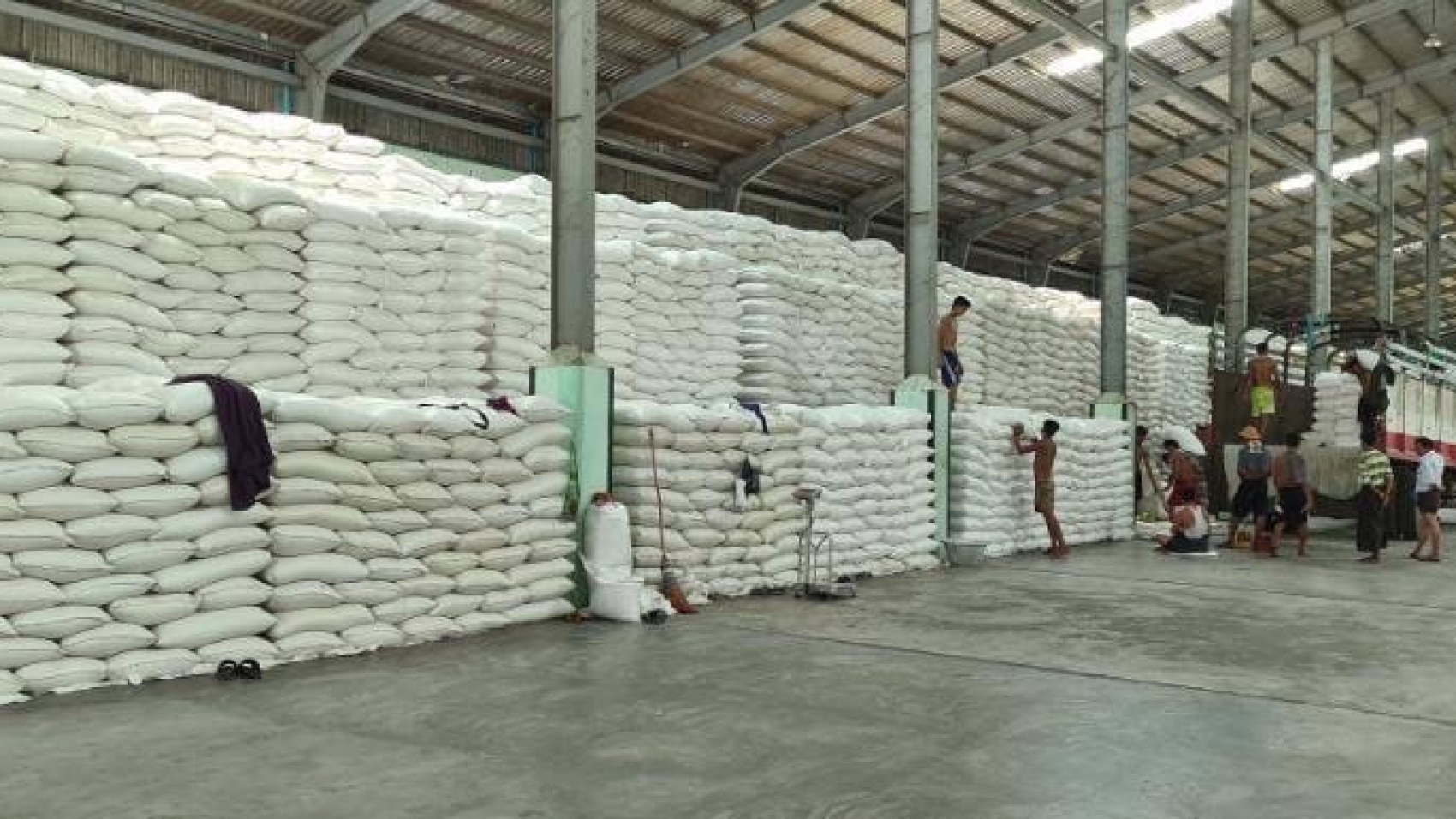 The price of rice in the domestic market is quite stable as the warehouses and the wholesale centres are temporarily shut down amid the COVID-19 surge. High-quality rice is demanded in the domestic market and the price moves in the range of K36,000-42,000 per bag depending on different varieties. The low-quality rice is priced between K21,500 and K33,000 per bag. The price has remained unchanged in recent days and trade is nearly halted as the COVID-19 cases are spiking in the country. Yangon market sees low supply from Pyapon, Mawgyun, Dedaye, Kungyangon, Wakhema, Kawhmu, Twantay, Myaungmya, Kyaiklat, Laputa and Shwebo areas. Next, Border trade disruption led to a sluggish market yet the flat price occurs in the border export market.

The prices of white rice varieties range US$375 to 405 per metric ton, the price of glutinous rice price was priced $600-610 per MT and the broken rice fetched $300-335 per MT depending on the different varieties and quality, according to Myanmar Rice Federation (MRF). The volume of rice and broken rice exported in the nearly eight months (1 October-28 May) of the current financial year 2020-2021 was estimated at over 1.14 million metric tons, generating US$546.6 million income, the Ministry of Commerce reports. The country shipped $576.28 million worth of 1.958 million tonnes of rice and broken rice in the same corresponding period of last FY.  Myanmar exported 802,000 tonnes of rice and 601,000 tonnes of broken rice, totalling 1.14 million tonnes.

The export volume in the past eight months showed a decrease of over 500,000 tonnes as against last FY. At present, rice shipment to European countries is declining. However, Myanmar is mostly delivering rice and broken rice to China, Malaysia, the Philippines and Bangladesh and shipping broken rice to China, Indonesia, Belgium, Senegal and The Netherlands. The market cools down for now due to the transport difficulties triggered by the COVID-19 impacts and Kyat depreciation. China Customs granted licences to 47 Myanmar companies on 26 February 2021 to legally export the rice to China through the Muse land border this year.

The authorized companies for rice export to China increased this year as against last year. However, the permitted volume of rice for exports has not been confirmed yet, Muse Rice Wholesale Centre stated. Moreover, China banned all the border posts on 8 July as Myanmar is battling against the exploding pandemic. As a result of this, the agricultural exports dropped dramatically. Myanmar set the rice export target at only 2 million tonnes in the current FY as summer paddy growing acreage drops. Weather changes affected irrigation water resource availability on agriculture, MRF stated.  Myanmar generated over $800 million from rice exports in the previous FY2019-2020 ended 30 September, with an estimated volume of over 2.5 million tonnes.