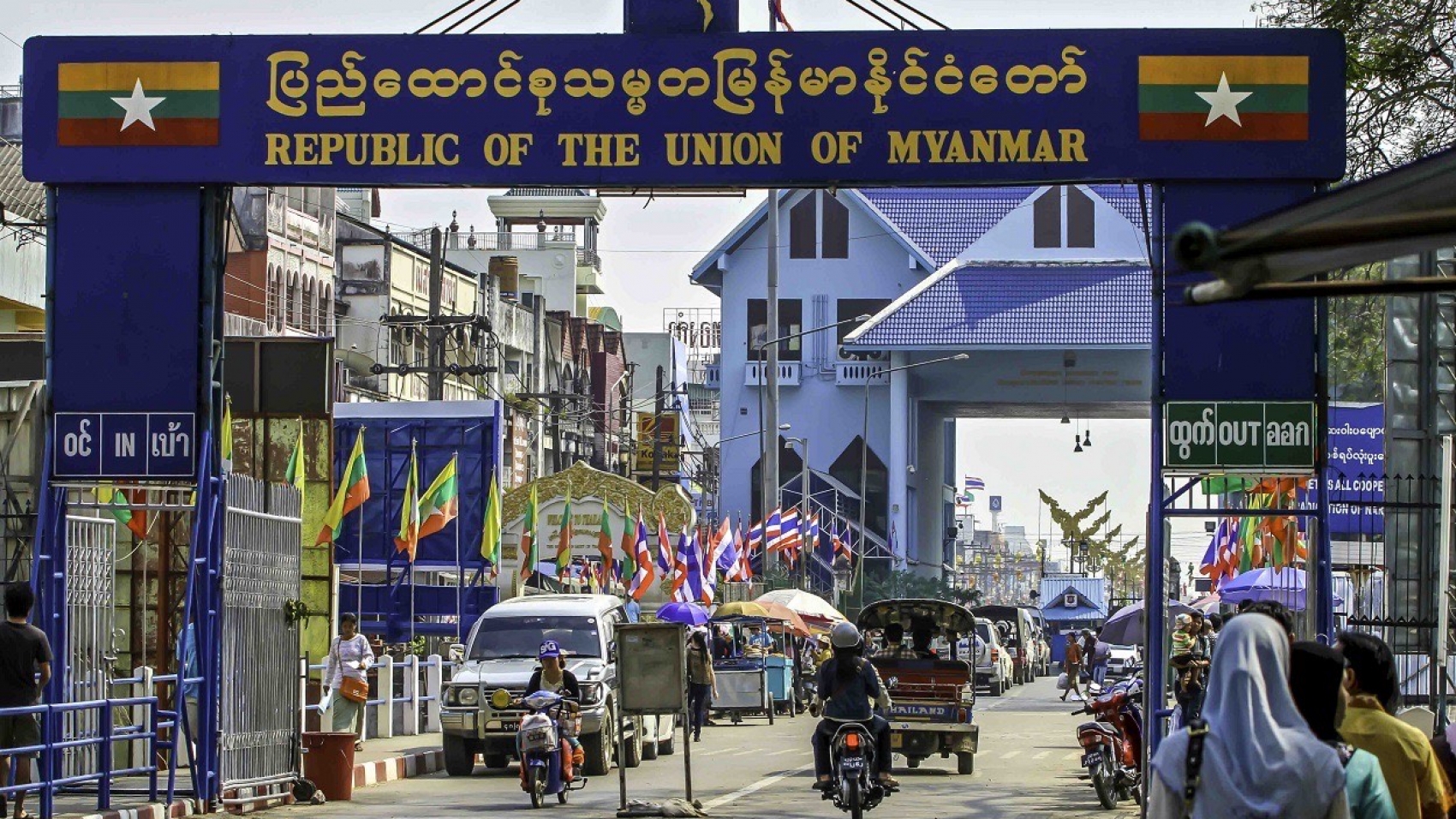 The value of Myanmar’s bilateral trade with the neighbouring country Thailand through the land border has registered a decrease of US$452 million between 1 October and 5 March of the current financial year 2020-2021 as against a year-ago period, the Ministry of Commerce-issued statistics indicated. The ministry reported exports surpassed imports in trade with Thailand this year, with exports reaching over $985.6 million and imports valued at over $454 million, totalling $1.4 billion. During the corresponding period of the past FY2019-2020, Myanmar-Thailand border trade touched a high of $1.89 billion. Following some traders tested positive for COVID-19, some border posts were temporarily halted last year.

At present, fruits and agricultural products such as cucumber, mango, tomato and vegetable, fishery products, building materials and other pharmaceutical-related goods and equipment can be traded. Myanmar-Thailand friendship bridge No. 2 is also open for trading. The halt in trading undoubtedly harmed the traders and truck drivers from both sides, said a trader from Myawady. During the last budget year, Myanmar has increasingly exported corns to Thailand through the Myawady border. Myanmar’s corn exports to Thailand significantly soared to over 1.2 million tonnes through border posts between Myanmar and Thailand during October and May period in the FY2019-2020, an official of the Ministry of Commerce said.

At present, Myanmar exports the corn to Thailand through Myawady and Tachilek land borders. About 5,000-6,000 tonnes of corn are daily sent to Thailand through Myawady, while the Tachilek border does not regularly export. Myanmar is allowed for corn export between 1 February and 31 August with Form-D, under zero tariff. Thailand imposed 73 per cent of tax on corn import to protect their growers’ rights if the corns are imported during the corn season of Thailand as per the World Trade Organization notification regarding corn import of Thailand, said a corn exporter.

Myanmar intends to reach an export target of one million tonnes of corns to Thailand this year, said U Min Khaing, chair of the Myanmar Corn Industrial Association. Additionally, exports of natural gas from the Taninthayi Region has contributed to the enormous increase in border trade with Thailand in the previous years. This year, gas exports via the Hteekhee border drastically fell. There are seven border posts between Myanmar and Thailand, Tachilek, Myawady, Kawthoung, Htikhee, Myeik, Mawtaung and Maese.

Except for Tachilek and Myawady, the remaining border posts showed a decrease in the trade this FY. The value of border trade stood at $159.27 million via Tachilek, $549.48 million via Myawady, $159.8 million via Kawthoung, $62.565 million via Myeik, $501.97 million via Hteekhee and $6.9 million via Mawtaung. Maese border post has not witnessed any trade yet. Myanmar primarily exports natural gas, fishery products, coal, tin concentrate (SN 71.58 per cent), coconut (fresh and dry), beans, and bamboo shoots to Thailand. It imports capital goods such as machinery, raw industrial goods such as cement and fertilizers, consumer goods such as cosmetics and food products from the neighbouring country.