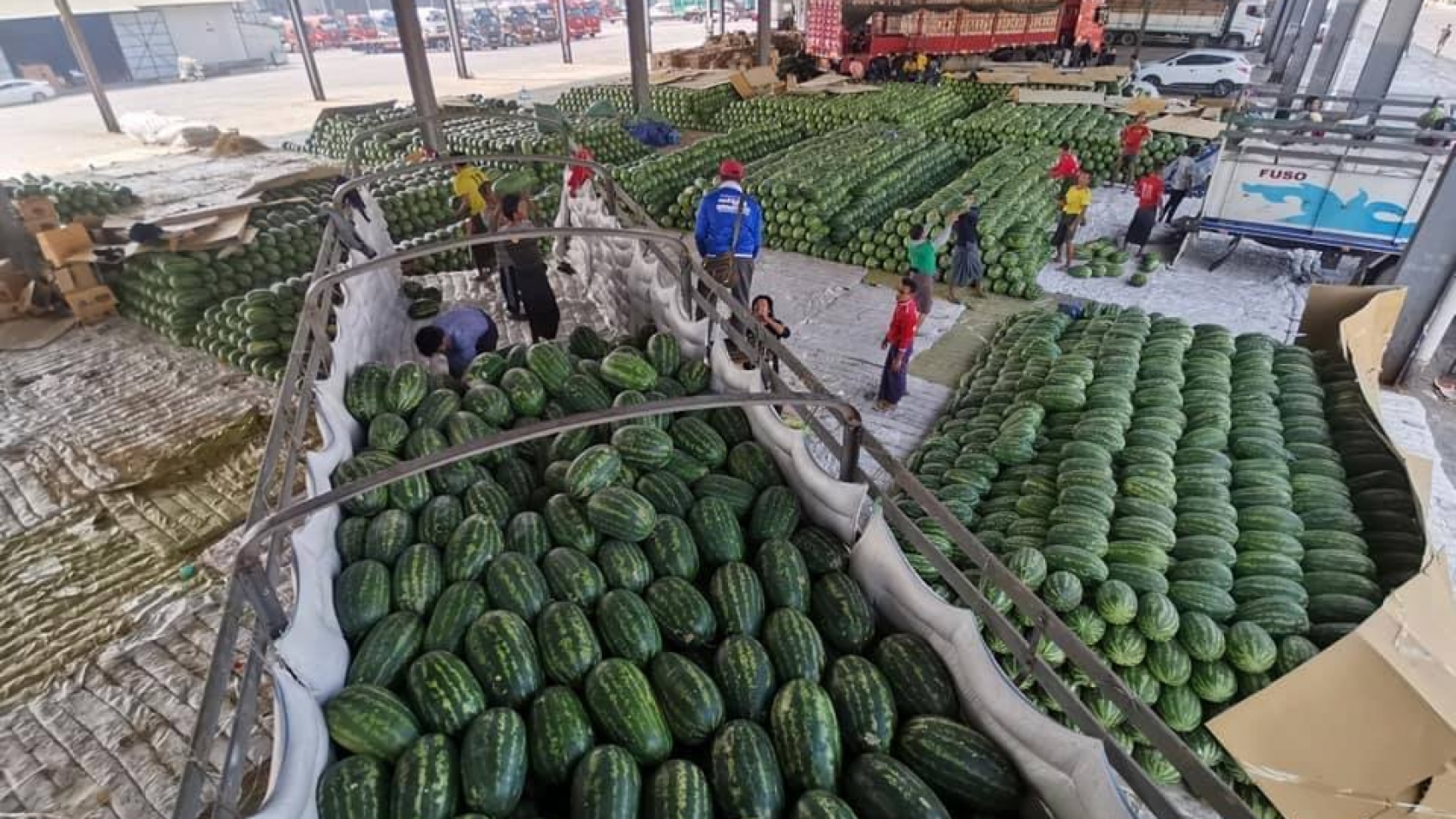 At present, Myanmar exports its watermelons and muskmelons mainly to China. Last December, Myanmar exported 25 tonnes of seedless watermelons to the Dubai market for the first time. According to Myanmar Melon Producers and Exporters Association, Myanmar is also arranging to export more melons to Dubai and Qatar markets. According to the statement released by the Fruit Commodity Depot in Muse 105th Mile trade zone on 5 January, the number of fruit trucks will be limited to be able to control the melon market. Although Myanmar could export more watermelons and musk melons through Kyinsankyawt border post because of extended operating hours from 7 am to 8:30 pm that started 5 January, Myanmar will export the fruits limit to quantity to maintain the market.

The Fruit Commodity Depot at Muse 105th Mile trade zone announced on 5 January that the trucks would enter the exchange ground under the Fruit Commodity Depot and Truck Supervision Board management. Last year, Myanmar faced a problem in the export of melons to China because of COVID-19. So, the local growers and melon traders suffered significant losses because the exported melon price declined. Watermelons and muskmelons are grown across the country, excluding Kayah and Chin states. It can be harvested until coming May. Myanmar yearly exports over 800,000 tonnes of watermelons and about 150,000 tonnes of muskmelons to China, the association affirmed.