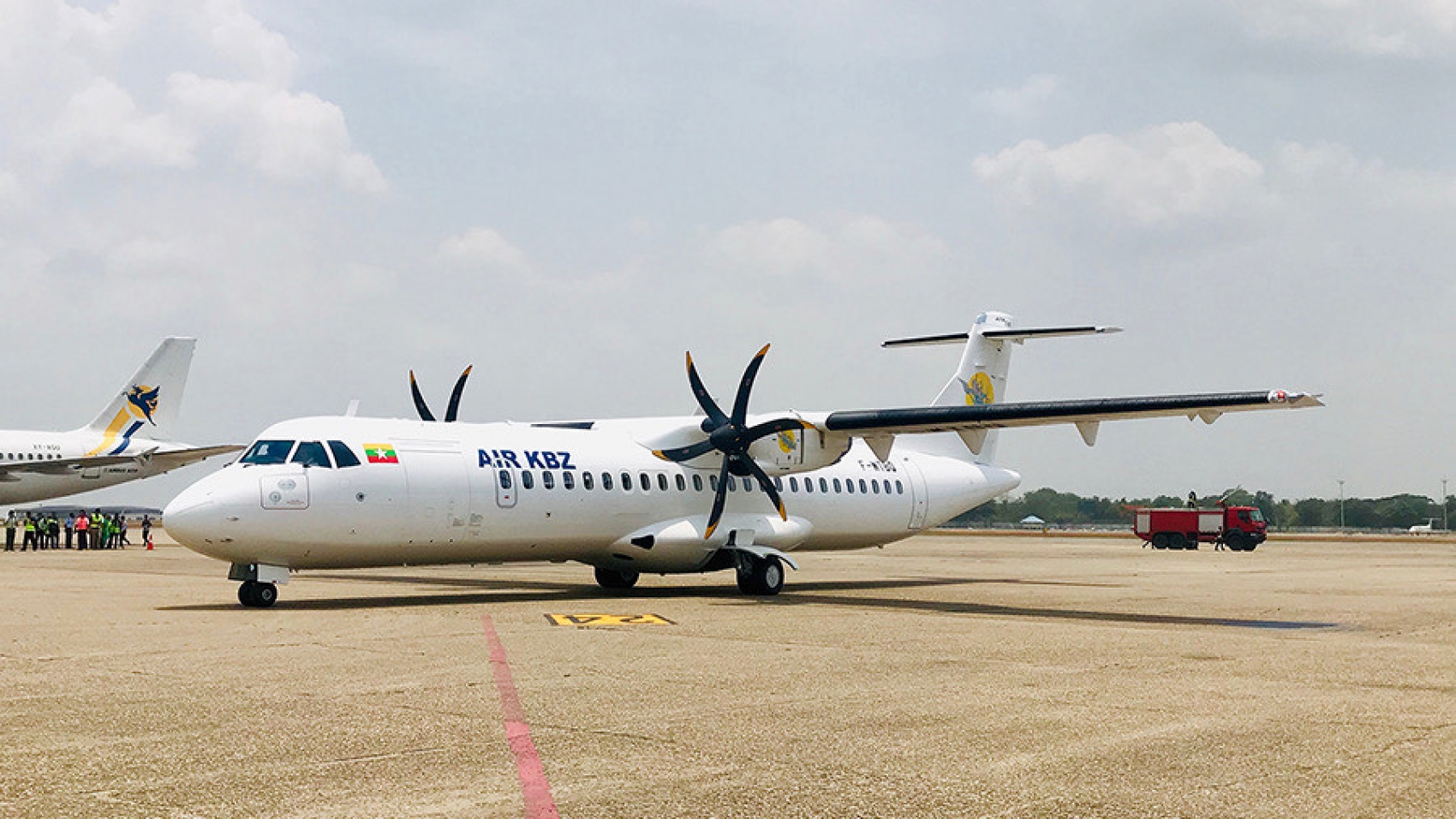 State-owned Myanmar National Airlines and Air KBZ will resume domestic flights from March 23. Starting from March 23, Myanmar National Airlines will fly to Mandalay, Sittwe, Thandwe, Kyaukphyu to Ann cities and also Myeik, Dawei, Nay Pyi Taw. It has flown flights to cities such as Myitkyina and announced flights on its Facebook page until March 31. Air KBZ Airlines announced Heho, Myitkyina, Dawei, Myeik, Lashio Flights to domestic cities including Sittwe and Thandwe will start on March 26, according to a statement from the airline. Air KBZ has announced flights from March 26 to March 31. The Yangon-Mandalay-Heho flight will be operated daily from March 26, according to a statement from the airline.

Air KBZ operates Yangon-Sittwe-Yangon flights twice a week. Yangon-Myeik-Yangon flight scheduled for Tuesday, Thursday, Saturdays and Sundays; Yangon-Mandalay-Kengtung-Mandalay-Yangon flight will be canceled on Wednesday. It will also fly on Fridays and Saturdays, and other domestic flights will be announced on the airline’s Facebook page. Tickets can also be purchased in person through Air KBZ’s website, mobile app and K7 Chatboot, including ticket agents. According to a statement from the Ministry of Health and Sports, all passengers on domestic flights will no longer need the COVID-19 test and will have to comply with other health standards.

According to the statement, passengers on domestic flights can apply for a ticket at a local ticket office or at a local ticket office. People will be able to purchase regular flights without any recommendation, either online or in accordance with the health standards. Passengers may be exposed to suspected COVID-19 fever; Whooping cough Sudden loss of odor. Only those who are free of all symptoms and conditions, such as contact with an infected person within two weeks, will be allowed to go on a scheduled trip. Passengers are required to abide by local orders when the aircraft arrives in their respective cities.