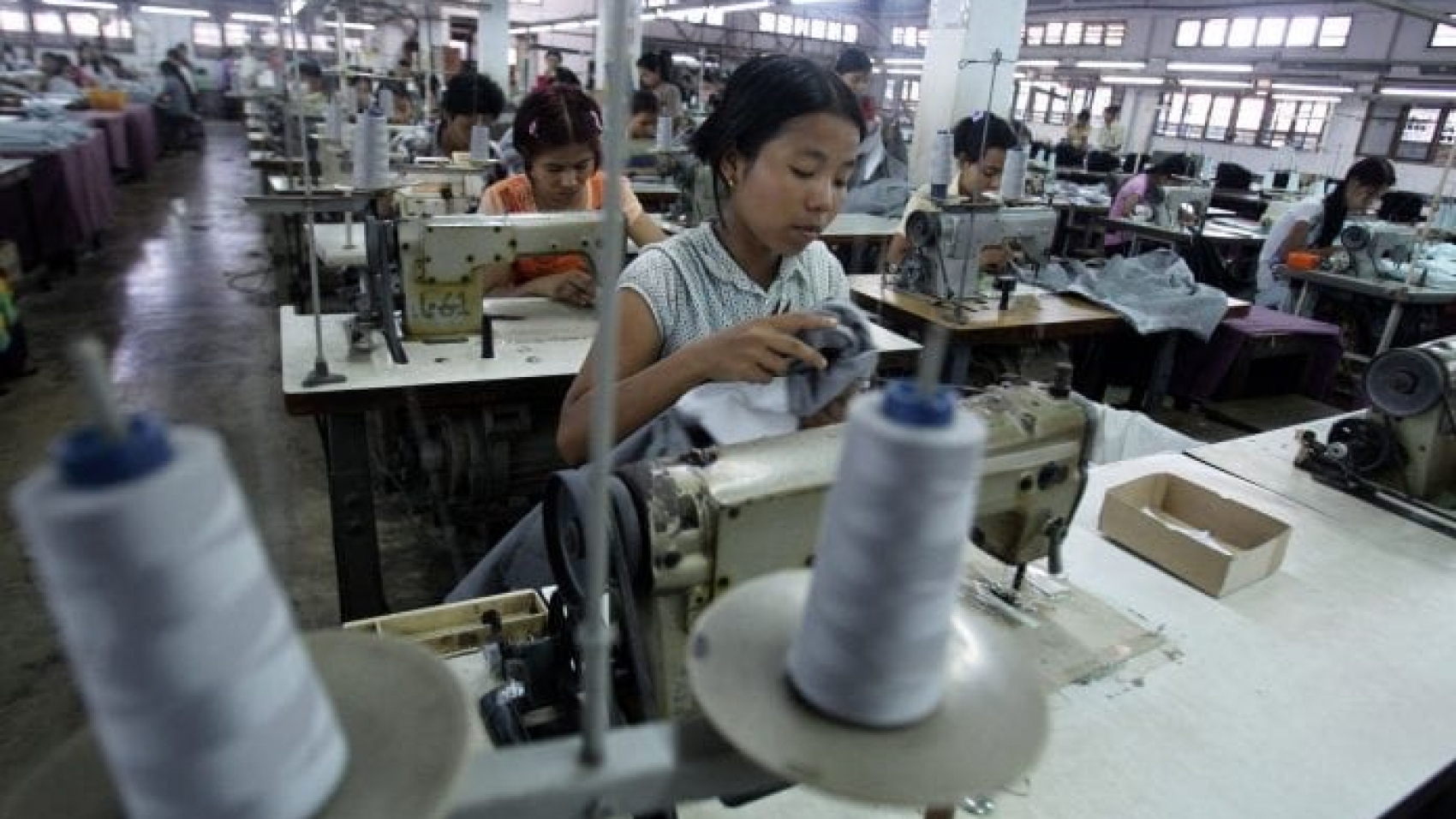 The UN Framework for Immediate Socio-Economic Response to the COVID-19 Crisis, issued by the United Nations, warns that COVID-19 goes far beyond a health crisis and that it affects the pillars of society and the economy. In 2020, some businessmen said that COVID-19, like the rest of the world, had harmed Myanmar’s economy and made it difficult for it to survive. The global economic crisis associated with the COVID-19 outbreak is another important challenge for Myanmar’s development, with significant short-term and potential long-term effects.

Many factories were shut down, and the crisis caused by COVID severely hit businesses. However, the current situation and the epidemic of the Coronavirus epidemic have hit most Burmese businesses again. The Nikkei Myanmar Manufacturing PMI (April 2021) released the Manufacturing Purchasing Managers Index for April 2021, as manufacturing operations continued to fall sharply as more businesses remained closed.

Asean manufacturing output rose sharply in April, with the latest IHS Markit Purchasing Managers’ Index (PMI) data peaking since July 2014, according to the April 2021 IHS Markit survey, sponsored by Nikkei. The key to the sector’s strong performance was the highest production growth since July 2014 and the strongest new orders since May 2013. At the same time, business confidence continues to grow and companies are most optimistic about production next year. Among the seven countries watching, Vietnam’s growth was the strongest, with its core PMI hitting a record high of 54.7 in almost two-and-a-half years, signaling a sharp rise. The next winner was Indonesia, whose PMI (since early 2011) reached a record 54.6, indicating a significant improvement in overall production.

For the first time in 10 months, Malaysia’s benchmark index rose above 50.0 for the first time in 10 months, as progress was also recorded in Malaysia. Thailand showed similar growth momentum in April. However, the most important PMI, 50.7, indicates moderate improvement. Among other countries, Singapore and the Philippines recorded a new decline in April. Singapore’s benchmark index (49.5) was the first decline since last September, but only a tenth. In the Philippines, the decline was the first in four months and was small, but the highest since October 2020 (the index was 49.0). Factories remain closed in Burma, and the current situation records the deepest drop among the seven countries that continue to stress over the manufacturing sector.

The PMI climbed to a three-month high of 33.0, but still indicates a significant decline. As a result, companies are showing the most optimistic outlook for the year from January 2020, and confidence is in line with the survey’s average. Delays in deliveries were significant, but a slight increase in the average completion time after November last year indicates a easing of pressure on supply chains in the second quarter of the year. However, costs continued to rise in April and that inflation was one of the highest on record. Overall, the April PMI data points to a significant improvement in the performance of the ASEAN manufacturing sector, and there are clear signs that recovery has begun and the sector is beginning to recover from losses, said Lewis Cooper, an economist at IHS Markit.

According to the Nikkei Myanmar Manufacturing PMI (Manufacturing Purchasing Managers Index) released in April 2021, manufacturing conditions across Myanmar continue to fall sharply, with many businesses continuing to close. The survey is based on original data collected from industry by IHS Markit and sponsored by Japan-based Nikkei Media Group. The survey found that all new products, orders and purchases have declined fivefold since the survey began in December 2015. Looking at prices, inflationary pressures continue to be significantly stronger than the kyat-dollar exchange rate, and raw material shortages are blamed on rising costs.

However, at the beginning of the quarter, large companies chose to shift only part of the cost increase to buyers. Key IHS Markit Myanmar Manufacturing PMI: The only indicator of manufacturing performance, rising from 27.5 in March to 33.0 in April, indicates an eight-month slump in operating conditions in Myanmar’s manufacturing sector. While both products and new orders fell five times faster in survey history, inventory and jobs fell by a record three to four times, respectively, according to the April survey data. The April data confirms unsatisfactory results at the beginning of the second quarter and operating conditions in Myanmar remain negative. The key PMI index is relatively good, but still the lowest in the survey’s five-and-a-half-year history.

The closure of factories in April also saw a significant drop in new products and orders. One of the concerns is the strong inflationary pressures that have grown in the last two months. The depreciation of the kyat against the dollar has increased the cost of buying foreign goods. At the same time, trade difficulties have left large companies with a huge cost burden. In addition, production continued to fall sharply as most factories in key areas remained closed. The rate of decline has been weaker than in the previous survey period, but has fallen fivefold in the survey so far. About 60 percent of companies reported lower production in April than in March. The closure of customers has weakened overall demand with eight consecutive months of declining new orders, and the decline was significant and the strongest in survey history. With the temporary closure of most factories in April and the return of workers to their hometowns, jobs across the sector plummeted.

Procurement fell sharply in April, despite rising from its lowest level in March. Shortage of raw materials; The combination of bad exchange rates and rising transportation costs has led to the highest inflation rate of import prices since November 2018. Sales prices rose modestly in April as weak demand made it difficult for large companies to shift the burden of costs. Looking to the future, companies generally expect product output to rise in April 2022, but overall their expectations are the weakest in more than two years. However, business owners, according to officials, In Hlaing Tharyar Township, which has the largest number of workshops, about 80 percent of the factories have reopened. Factory in Hlaingtharya township; about 80 per cent of the workshops have reopened, and some factories have not received orders, and when they are temporarily closed, there have been complaints about legal action.

In addition, there are factories and factories in Shwelinban Industrial Zone, Hlaingtharya Township. About 60% of the workshops were reopened. According to an official from the Shwelinban Industrial Zone Committee, most of the workers have returned to their homeland despite the opening of the factories. About 60 percent of the factories have reopened. The workers are not all down yet. Only 40 percent went up. Conditions are good. There is no problem. There are only one or two complaints about not being able to pay salaries. In the case of a factory that caught fire, a date has been set for payment of wages, ”said Aung Ngwe, an official from the Shwelinban Industrial Zone Committee. However, an economist said it was not easy to predict a recovery in Myanmar’s manufacturing sector, as key business investors had suspended operations until the current situation stabilized and investors’ confidence was restored.