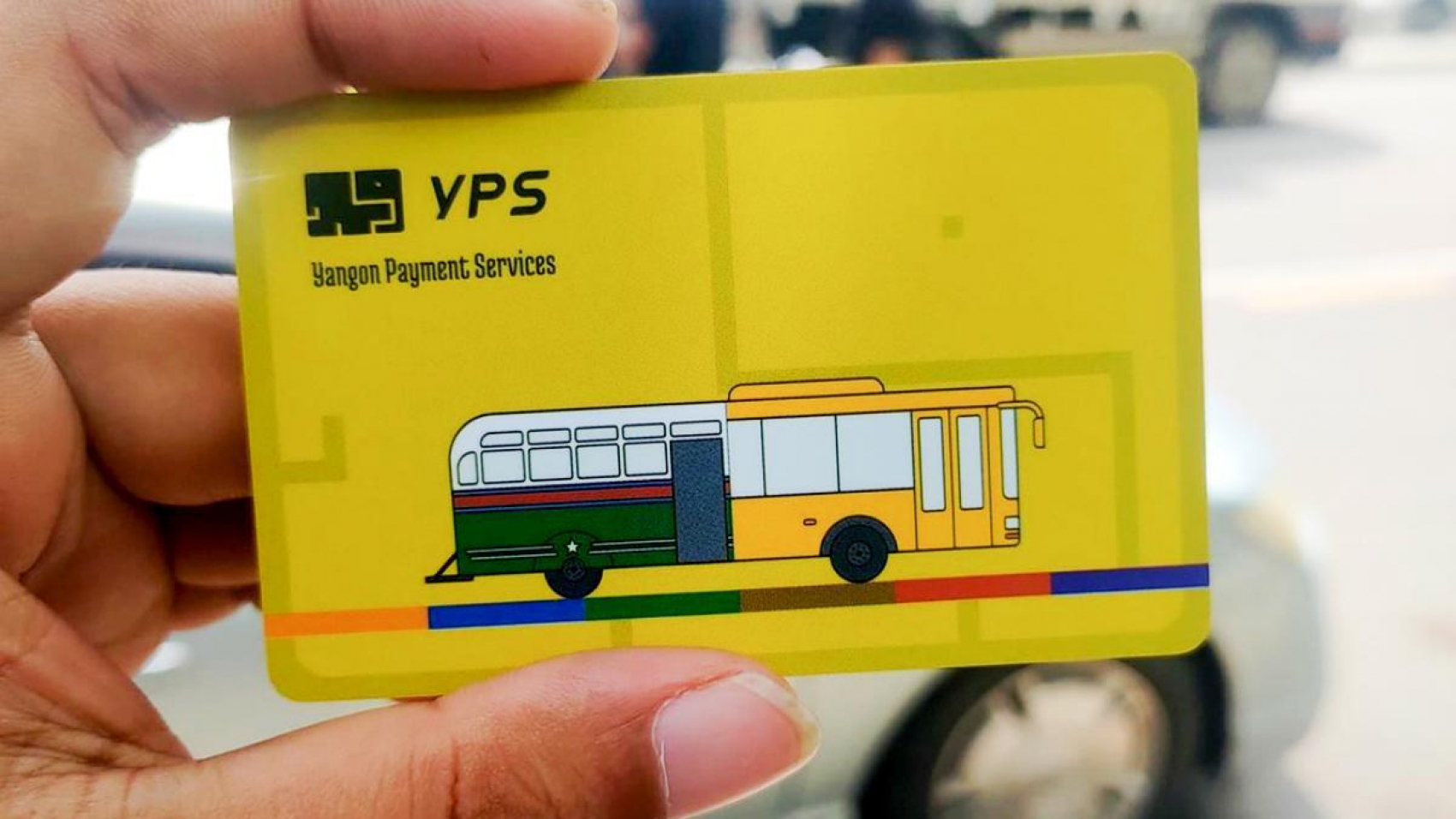 The Yangon Region Public Transport Committee-YRTC is working on a payment service aimed at facilitating the payment of public transport lines in Yangon Region, and Yangon Payment System (YPS) card shops are opened more so that passengers can make purchases easily. For those wishing to use the YPS card can buy the cards at over 60 shops including shops in front of Yangon City Hall, in front of Myanmar Plaza Stop, in front of Yuzana Plaza Plaza, Hledan Bus Stop, on Insein Road, Thakin Mya Park, Tamway Roundabout Bus Stop, YUPT of YPS stores, and Bandoola Housing.

“It is quite difficult to top up the card. There is no store where you can top up money wherever you want. It is difficult in many places. Instead of keeping it in stores, I would like to use a system that can be used to top up money through Mobile Pay, which is applied by many people. To find a shop I think it would be more convenient to go with the Mobile Pay system without wasting time,” said Ko Zarni Tun of Dagon Myothit (South) Township told the GNLM. Before, topping up on buses, you can get promotions that you can buy the card, but now you don’t see much,” he added.

YRTC and Asia Starmark Transport Intelligent Co., Ltd (ASTI) are working together to promote the widespread use of the YPS card system. In addition, G&G Convenience Store in partnership with Asia Starmark Transport Intelligent (ASTI) started selling YPS cards at more than 100 branches in Yangon. An official from the YRTC said that in order to encourage YBS bus riders to use the card system more, those who use the card system have been given a discount of 20 kyats per card for a one-way trip compared to the regular fare.

“If you use the card system, 200 kyats will be reduced by 20 kyats. We do this because we want to use the YBS card. Picking up fares according to the stop, in the past, the middle stop was set, and then each side was divided in a half. Now that’s not the case anymore. Since there are 30 stops from beginning to end, I will only pick up fare for 15 stops. It’s not expensive,” he added. It is reported that the number of YPS cards sold is about 150,000, and the number of cards in use is still more than 90,000.