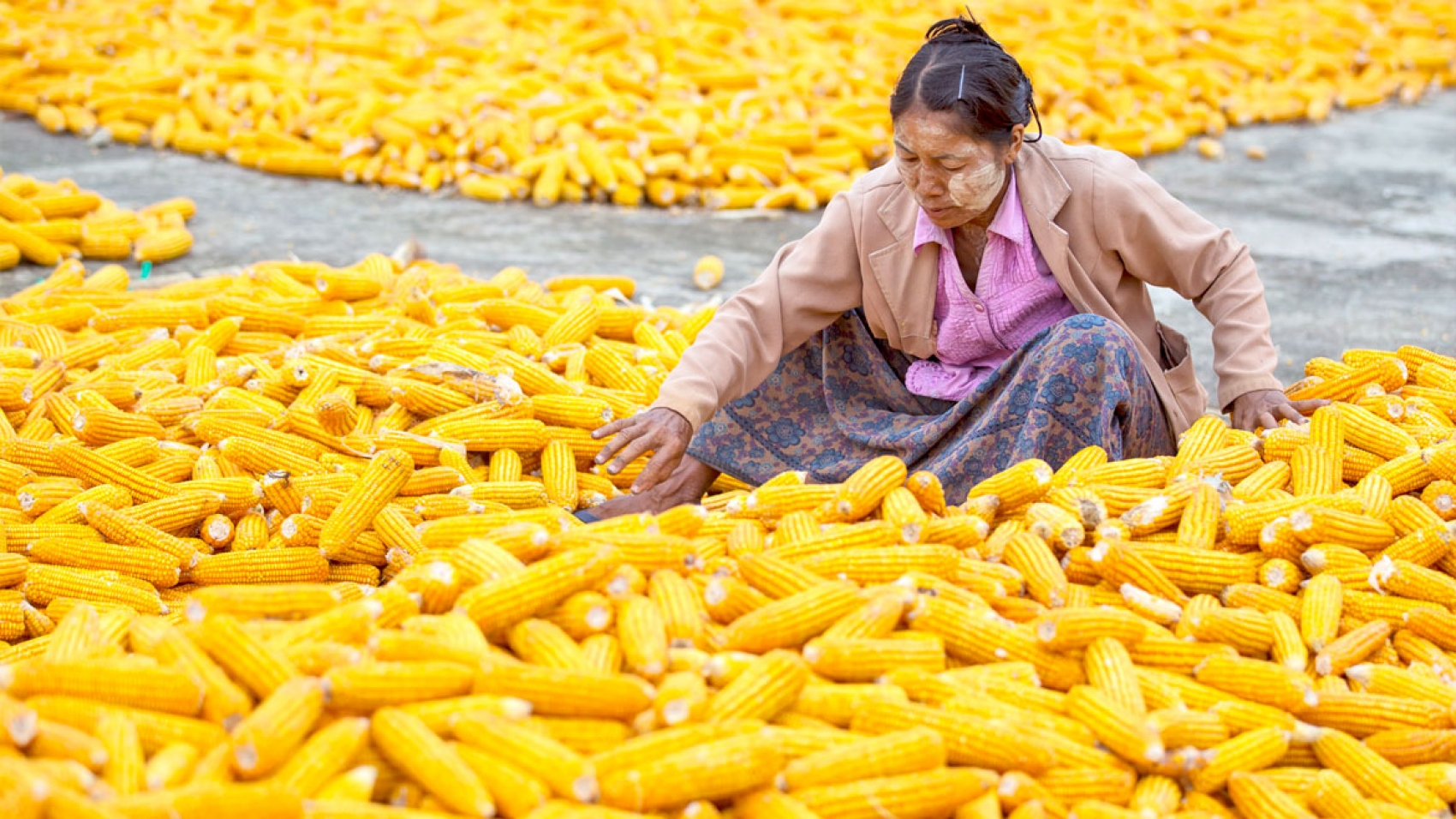 This year, Thailand is preparing to buy corn from Myanmar. At the same time, the demand from Viet Nam is on the rise to buy Myanmar corn.
Yearly, Thailand, Viet Nam and Laos are buying Myanmar corn as they do annually have a high requirement of corn in their countries. This year too, these countries are demanding Myanmar corn as in the previous years.
Myanmar annually produces around 3 million tonnes of corn from 607,000 hectares of land.

It is grown in all regions and states but especially in Shan State, and Sagaing and Magway regions. Myawady corn commodity depot has planned to open in the third week of January in 2021. The depot will be opened to ensure fair trade of corn on the Myawady border and for the greater convenience of the trading. This year, the association targeted to export 1.6 million tonnes of corn. Last year, Myanmar exported over 2.2 million tonnes of corn to the foreign market, with an estimated value of over US$360 million, according to the data of the Ministry of Commerce.