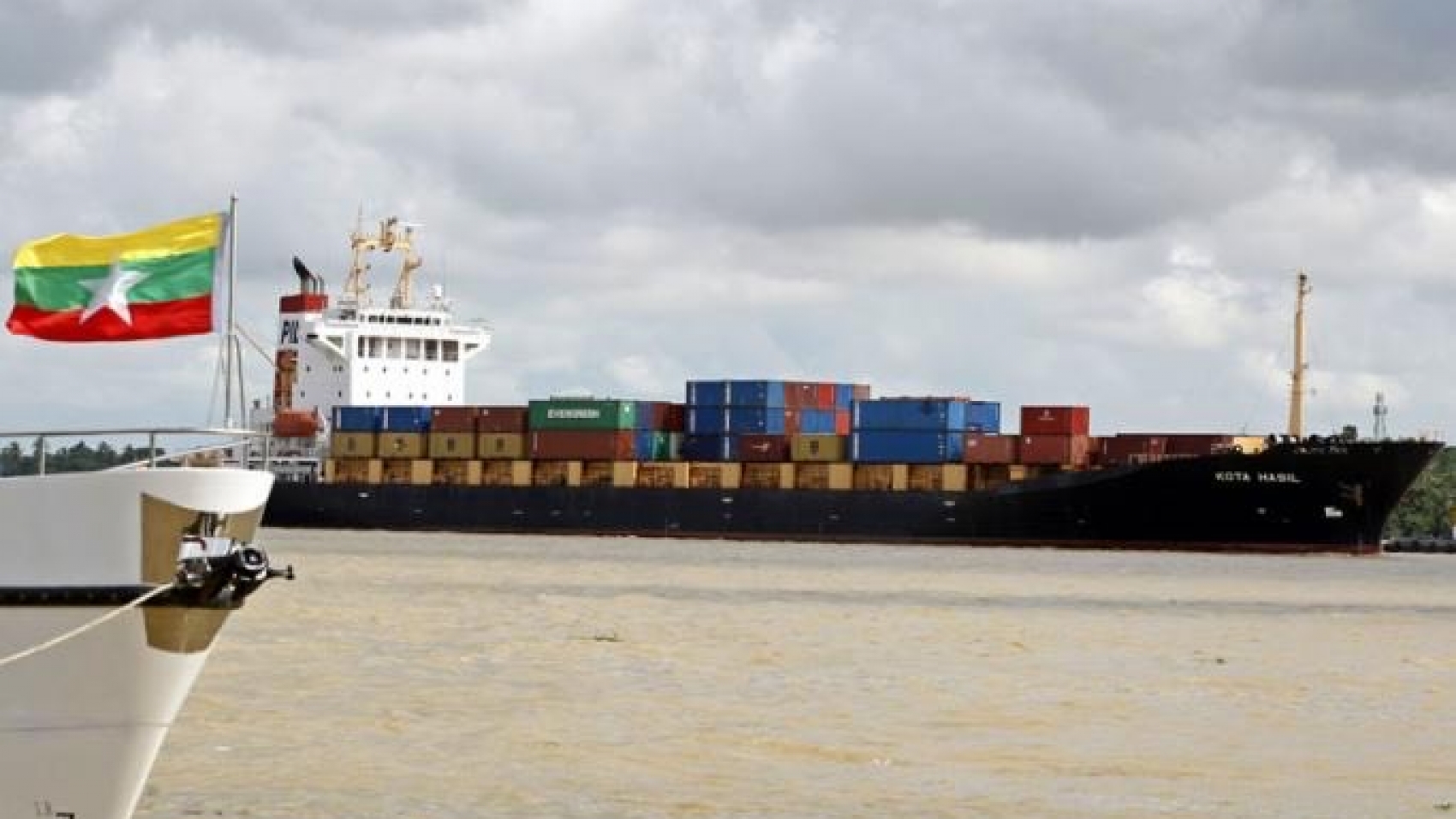 The value of Myanmar’s maritime trade for the period between 1 October and 12 February in the 2020-2021 financial year touched a low of US$7.997 billion, a drastic drop of over $2.28 billion compared to the year-ago period, according to the Ministry of Commerce. While maritime exports were valued at $3.28 billion, imports were registered at $4.7 billion. Compared to the same period in the 2019-2020 budget year, imports fell by $1.53 billion, while exports decreased by $751 million.

Meanwhile, the value of trade through the border this FY was estimated at $3.9 billion, a decrease of $56 million as against a year-ago period. Both sea trade and border trade dropped amid the coronavirus impacts. The neighbouring countries tightened border security and limited trading time to contain the virus’s spread. Pandemic-induced container shortage pushed up the freight rates to almost triple in Myanmar, causing delays for traders.

Additionally, according to the Myanmar Mercantile Marine Development Association, some ocean liners suspended cargo transport from Myanmar.
The halt of ocean liners will undoubtedly affect the maritime trade. The cargo transport will double or triple if we conduct the trade with small ships, said an official of the association. The country’s total external trade reached $11.987 billion, which plunged from $14.3 billion recorded in a year-ago period.