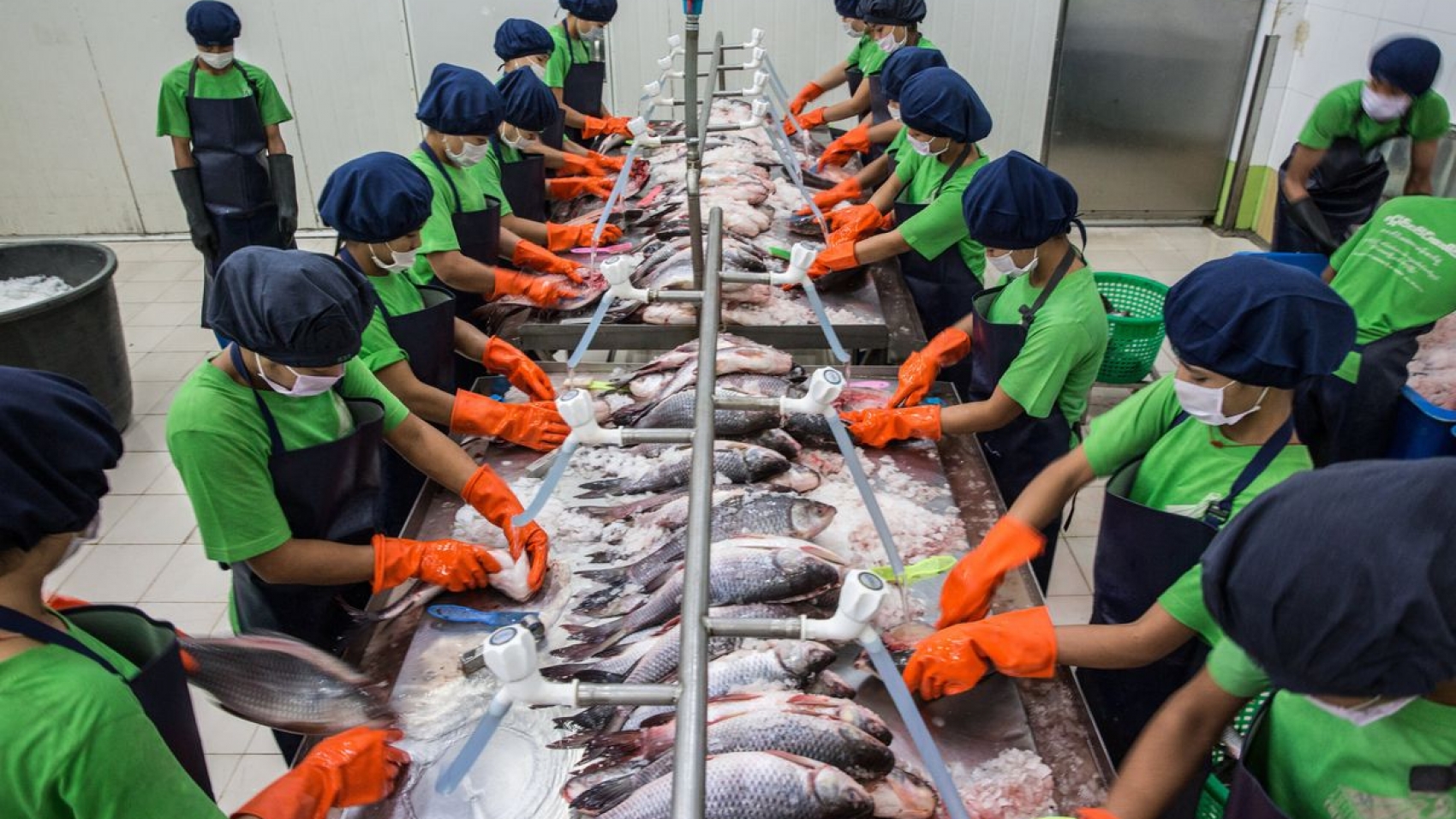 CHINA halted fisheries products imports through Muse land border effective 15 October, causing losses for Myanmar traders, industry sources
said. Myanmar traders export the frozen fish and live fish, crab, eel, long-finned eel and other fisheries products to China through Muse land
border. During the last financial year ending on September 30, a total of 128,067 tonnes of fisheries products, w3ith a total value of US$170.735 million, were exported through Muse. In the FY2018-2019, the figures stood at $128.429 million with 102,018 tonnes. Therefore, the export value saw an increase of $42.306 million, and the volume was up by over 26,048 tonnes in the past FY.

Ribbonfish, Katla, white pomfret, silver pomfret, yellow pike conger, white croaker, soldier croaker, yellow croaker, Ilish, loach, mackerel and pufferfish, and pink, white, Vannamei and Tigers prawn, dried shrimp, squid and salted fish are exported to China. Myanmar’s fish exports to China in June-August dropped. It was attributed to the fights in the Shan State during August and fishing banned season. During the early outbreak of COVID-19, trade flow was steady. During the exemption period of advanced income tax on exports, the export amount increased. At present, the export volume of live crab dropped by $5.966 million worth over 1,875 tonnes, and the export volume of live eel plunged by $6.929 million worth 1,735 tonnes compared to a year-ago period. However, the country saw an increase of 24.791 million (8,617 tonnes) in fish exports, $4.537 million (919.68 tonnes) in prawn exports, and $25.494 million (20,059 tonnes) in other fishery products exports against last year, data of the Fisheries Department (Muse) showed.

The suspension in fishery export does not concern with Chinese authorities. The trade is temporarily halted among the traders of China. Prawns exported to foreign countries, of which more than 4,000 tonnes of prawns are sent to the Japanese market. They notified the local traders of trade suspension in advance. On 5 October, China stopped frozen fish purchase and so did the crab and eel on 16 October. Only dried fish and prawn are flowing into China through its Mang Weing border. Chinese traders have not informed when they will be back into the business. The eels are stockpiled at the depot. Some even experience capital loss. Some local traders also stopped buying the eel. The trade will return to normal once trade with China is opened. For the time being, traders are facing loss. The eel fetched only K3,000-3,500 per vises (1.6 kg). The market primarily depends on China. The trade suspension in China side harms both the traders and those harvesting eel and shrimp. The local traders can only wait for the reopening of trade in China.