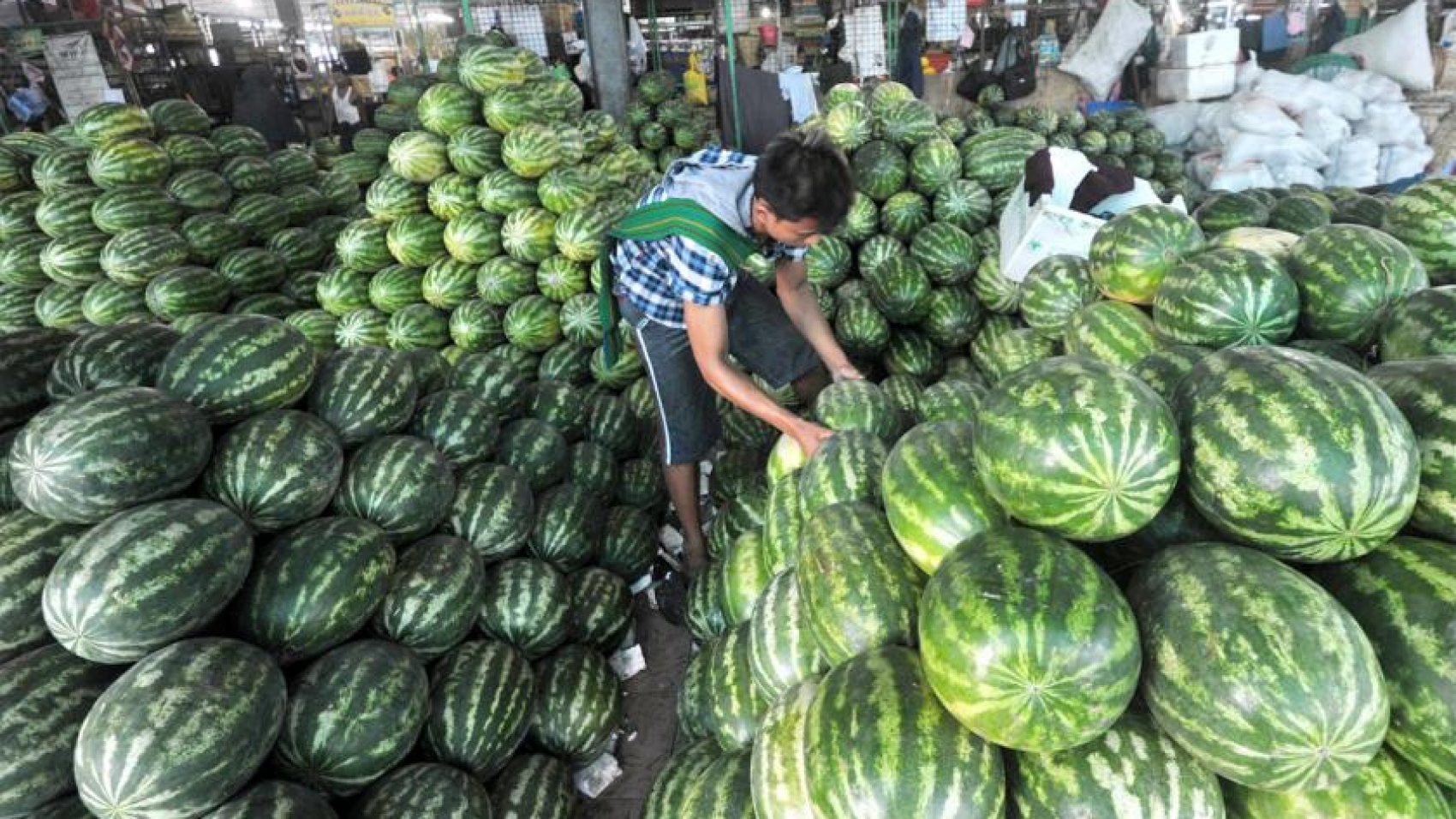 A largest part of people is residing in the rural areas in Myanmar relying entirely on agriculture as their major profession. The more agriculture sector develops, the more the socio-economic life of rural people makes progress. Only if the rural area develops can Myanmar be improved. The residents in the rural area make up more than 70% of the total population of the country. Apart from rice, marketable beans and pulses, sesame, cucumber, watermelon, onion and garlic, and winter crops (rural term) such as groundnut and carrot grow well in Myanmar’s climate. Myanmar coffee saw a market’s favourite and an offer last year. An order for 100 tonnes coffee of six containers’ shipment worth of about USD 850,000 was accepted to be sent in the harvest time of coffee. Myanmar coffee already sought foreign markets by sending coffee samples and conducting introducing of coffee products. The Republic of Korea, Japan, China, and Chinese Taipei in East Asia become well aware of Myanmar coffee and would like to place orders from Myanmar due to the advantages of being organic and better processes of making coffee.

Myanmar avocado was exported to London and won the customers’ likes. The information that plans would underway to export Myanmar watermelon to Qatar and Singapore if the UAE liked Myanmar watermelon has become good news for the growers, farmers and Myanmar agriculture sector. Myanmar avocado will be exported to London for the second time, according to Myanmar Avocado Producers and Exporters Association. Avocado strains like Amara, Hass and Barkaenia from Myanmar could be exported to England for the first time in the first week of November. Myanma avocado is scheduled to be exported to England for the second time early January in 2021. Myanmar produces avocado a lot and most of which have to rely on local markets. But now the producers are trying to export Myanma avocados to foreign markets. Myanmar produced 5,000 tonnes of avocados in 2019-2020 financial year and 500 tonnes of them received Premium Market which included local consumption and export.

Agricultural techniques and information are being distributed in line with standardizations in order to grasp Premium Market in 2020-2021FY. Every product coming from Myanmar agriculture sector has to rely entirely on China. Myanmar traders have to be satisfied with the price China offered as they have no competitive market. When watermelons are transported by trucks to China, they are inspected by poking inside with iron rods at the checked points. It looks like illegal things especially narcotic drugs are checked. Therefore some watermelons see damages during the inspection. When they arrive at the Chinese market, they do not get good price and they are subject to a reduction in the current price. The traders have to sell at a loss despite the fact that they do not get good price. Unless they sell the watermelon at the reduced price, they have to charge for transport cost for one more day and they have to pay for parking fee as well.

If they do not sell, the watermelon may go rotten. If it is disposed, they will have to pay for municipal cost. For these reasons, they have to sell the watermelon at a reduced price. If the rice is exported to African and Asian countries, there may be some delays and difficulties and so it has to be sold to China at a reduced price. Myanmar watermelon is being currently exported to UAE, becoming a new market for Myanmar traders in addition to the Chinese market. It can be said that Myanmar agricultural products have seen a new export route to the foreign market. “Myanmar watermelon had to place too much reliance on export only to a single country of China. But now foreign markets have already been sought to export to the UAE, Qatar and Singapore. The fruit wholesales company from Dubai in the UAE contacted Future Glory company for purchase on watermelon. They signed an agreement to export watermelon all the year round although the exact export volume was not stated.

An order for seedless watermelon was already accepted and it was picked up on 9 September. A container holding 25 tonnes of seedless watermelon was first sent to the cold room and then it was exported to Dubai for the first batch. Myanmar muskmelon together with the seedless watermelon was also exported as a testing ground. Two kinds of smuskmelon produced from ChaungU in Sagaing Region will be exported for the purpose of a testing ground, according to a source from Sagaing Region Watermelon and Muskmelon Producers and Exporters Association. “Shwe” muskmelon and “Pike” muskmelon produced from Pauk-inn in ChaungU Township was transported by water for the first time. In the past, these fruits had to place much reliance on the Chinese market. If international competitive markets can be sought, there would be a reduction in difficulties with fault-finding such as reduced price, reduced fruit tonnage and low quality and the farmers can hope for the opportunities of good price. Two samples of muskmelon from Sagaing Region, sample of 855 large size watermelon from Meiktila, sample of small size watermelon called “Done-kyi” from Kayan in Yangon Region will be sent.

In an effort to export watermelons to China via Myanmar border, the authorities from the border of China often close the border crossings and their inspections cause some delays. These reasons bring an unstable market and Myanmar watermelon farmers had to face wastes and losses throughout the history. Watermelon plantations carried out by the Chinese can be seen not only in the northern part of Shan State but also in Mandalay and Sagaing Regions and the watermelon produced from these plantations are sent back to their country and it has an effect on local growers to some degree. With the emergence of new markets in the UAE, Qatar and Singapore, Myanmar will manage to escape from the much-reliance on the Chinese market. Myanmar has the opportunities of extending the watermelon market and the growers are going to enjoy the benefits with the extensive foreign market.

The UAE is going to purchase mangoes and pipe apples from Myanmar and they will be exported at a time when they are in season. Moreover, mangoes and pipe apples will be exported to Qatar and Singapore, according to Myanmar Watermelon and Muskmelon Growers and Exporters Association. During the Covid-19 crisis, an entry into China through border was closed. For that reason, the watermelons couldn’t be grown in Myanmar by the Chinese people because they were banned entering Myanmar. Local farmers had to grow the watermelon less than the previous as the market seemed uncertain and at the same time the watermelon acreage was on the decrease. The reduced production caused less supply but more demand in the foreign market. Therefore, per tonne price of Myanma watermelon rose to 6,500 Yuan in the fruit market of Wantein in China, according to the fruit wholesales centre of Muse.
Watermelon and muskmelon are produced in Bago, Mon, Mandalay, Sagaing and northern part of Shan State where more than one million tonnes of crops is harvested in a year. The reliable market for Myanma watermelon and muskmelon is China.

Last year saw almost no purchases from China due to the impact of the Covid-19 on the market which the cucumber farmers had to suffered losses. This year new markets have already been sought to export foreign countries apart from China. The demands from China have increased significantly with the price reaching a record high within 20 years at a time when the new markets are extended to foreign countries. The climate changes in China resulted in losses in the cultivation of crops and a reduction in the crop yield. When the demand increased, there was few numbers of growers in the country and the crop yield decreased and this situation hardly happens, according to some watermelon and muskmelon merchants from Muse. Local watermelon price to China has been unprecedented reaching a record high by the time the fruit is in season this year.

The current watermelon export price from Muse to China has been the highest within 30 years. With less supply and more demand, per tonne price stands at 7,200 Yuan. In the early September, per tonne price was around 2,500 Yuan. The number of watermelon trucks entered Muse in a day at the end of last year was about 300, but now about 50. Watermelon exporters had to come across the most losses within 20 years due to the Covid-19 pandemic. The post-January of 2020 is the time of substantial export volume, but since then the traders faced sizable losses with almost no buyers who can afford to purchase a very large amount. Watermelon and muskmelon sale festivals were held in Yangon with the purpose of easing the losses to some extent. Myanmar watermelon was exported to the UAE while Myanmar avocado was exported to London. A plan to export muskmelon and watermelon to Qatar and Singapore has become a sign of development in the market expansion of Myanmar agriculture sector.