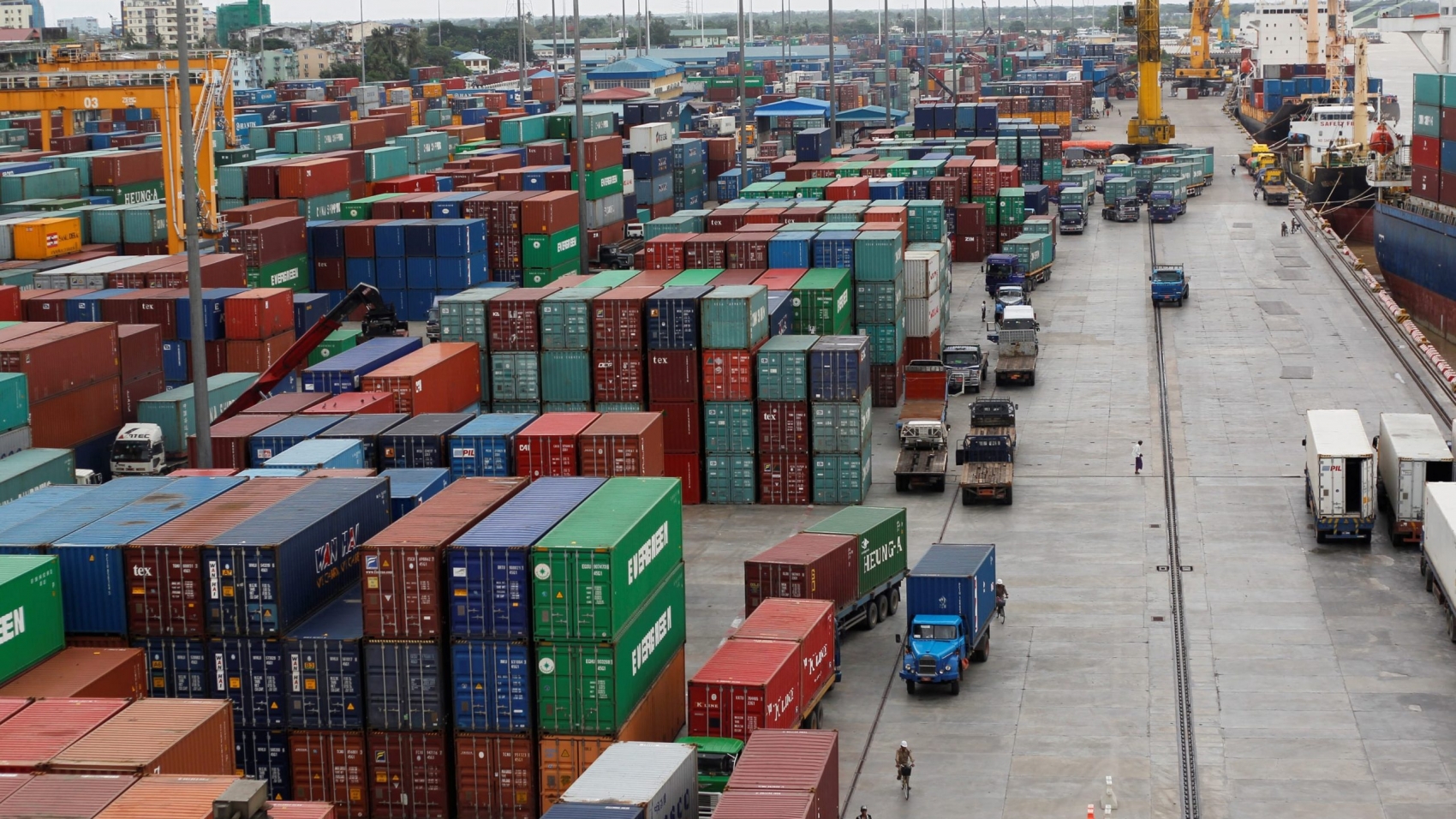 Myanmar’s foreign trade was worth US$26.11 billion as of 20 August in the current financial year 2020-21, declining by nearly $7 billion when compared to the same period that of last FY, according to the Ministry of Commerce. The foreign trade value was $ 26.11 billion from 1 October to 20 August while the previous budget year saw $33.1 billion in the same period. Thus, there was a decline of $6.98 billion.

As Myanmar’s foreign trade was 33.1 billion in the last FY, export decreased by 18%, and imports decreased by 25% and trade volume decreased by 22%. During the past ten months, Myanmar’s export was worth over $13.03 billion whereas the country’s import was relatively low at $13.08 billion. In the first eight months of this FY, China topped the list of the 10 countries to which Myanmar exported goods most.