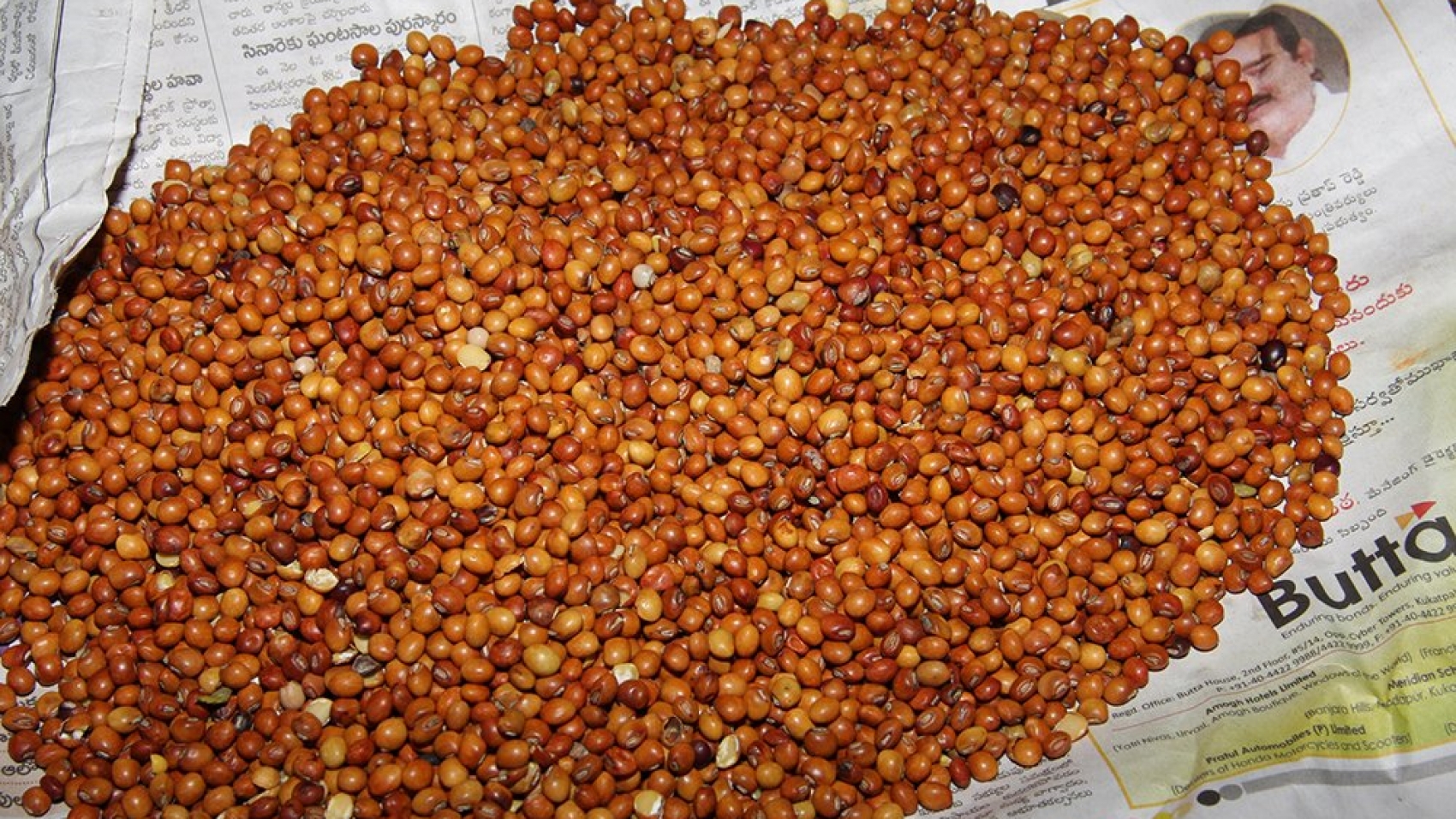 The pigeon peas market saw a slightly downward trend in price after India’s demand has dried up, said U Zaw Moe, general secretary of Monywa Commodity Depot. The newly harvested pigeon peas are entering the market. As India stopped buying the beans, the market is cooling off. The price fell by K2,000-3,000 per basket. It declined from K28,500-K29,000 to K24,000 per basket. The prevailing price this year is lower than last year’s price amid the COVID-19 consequences. Last year, it was priced above K30,000 per basket at least, said a trader. Earlier, the pigeon peas (red grams) stockpiled in Monywa were delivered to India, and about 75 per cent of stocks were cleared at that time. As there is no demand by India so far, the traders are keeping them for now.

Normally, the pigeon peas produced in Monywa are sent only to the India market. So far, there is no direct link between Monywa and India markets although the Sagaing Region shares border with India. The peas are exported through traders from Yangon. Next, the price of chickpeas remained unchanged at K27,000-28,000 per basket in Monywa market. Meanwhile, the sesame fetched a low price during its early harvest season. The sesame price showed an uptick from K54,000 to K56,000 per basket on the back of demand by China. Also, the peanut is well traded. “The sesame and green grams are selling well in the domestic market. Of sesame varieties, black sesame is of the best quality. Exporters prefer the black and white sesame to the brown and red sesame,” U Zaw Moe said. Myanmar’s pigeon peas are primarily shipped to India and also exported to Singapore, the US, Canada, Pakistan, the UK, and Malaysia. But, the export volume to other countries rather than to India is minimal.

In the 2016-2017 budget year, over 160,000 tonnes of pigeon peas were shipped to foreign countries, while in the 2017-2018 financial year, exports topped 220,000 tonnes. Myanmar ships over 1.6 million tonnes of different varieties of pulses, especially mung beans, with an estimated worth of US$1 billion, to other counties in the 2018-2019FY. Since 2017, India has been setting import quota on beans, including black bean and pigeon peas. Therefore, the growers face difficulties to export their beans to the India market. Myanmar has to export black bean and pigeon peas under a quota system and limit period. Consequently, there is no guarantee that we could get the prevailing market price next year; the market observers shared their opinions. Following the uncertainty in markets of black bean and pigeon peas, the association suggested, in October-end, that the growers cultivate black-eyed bean more.