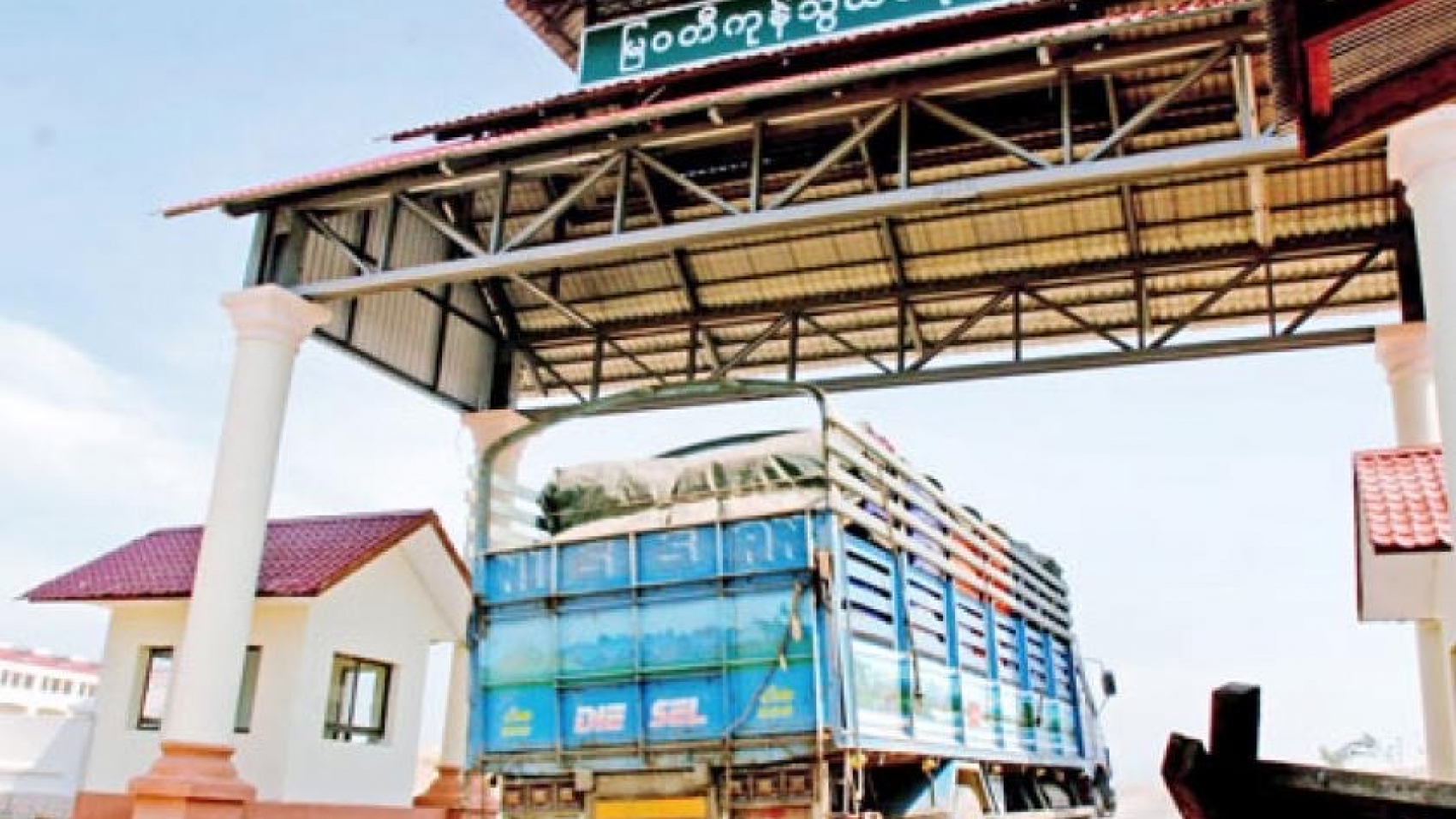 Myanmar’s trade with foreign countries through land borders reached over US$ 545.86 million as of 5 November in the mini-budget year of 2021-22 or a transition period from October to March this year, according to figures released by the Commerce Ministry. The total border trade value as of 5 November includes $375.5 million in export and $170.4 million in imports.

Compared with the same period of last year, the export earnings dropped by $487.11 million while the import value fell by $45 million. Myawady topped the list of border checkpoints with the most trade value of $242.51 million, followed by Hteekhee with US$1.41.77 million. From 1 October to 5 November 2021, the country’s foreign trade totalled over $2.5 billion, while its sea trade is valued at over $2 billion, according to the ministry.