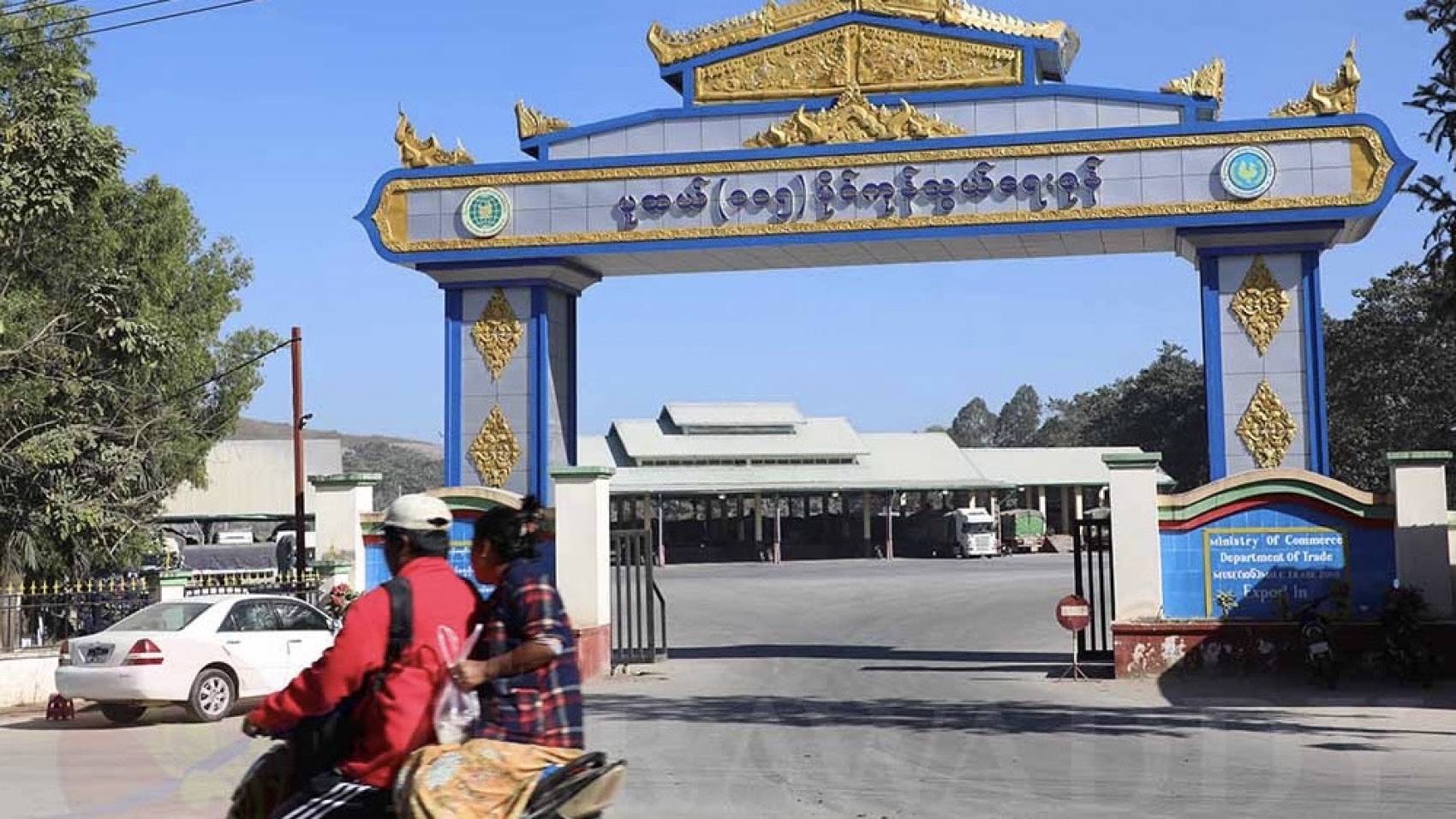 The 105-mile trade zone in Muse, which is the main source of trade on the Sino-Burmese border, has been hampered by the lack of importers and the closure of private banks, with trade falling by more than half, according to the Muse 105-mile border trade zone. Currently, the 105-mile trade zone is trading normally. But yesterday there was a temporary suspension on the 8th and 9th February,2021. However, Man Win Pauk and Kyin San Pauk Pauk are trading. This is where the previously traded vehicles go. The import side is the same as the Chinese side. There is no trade stop at Man Win Pauk and Kyin San Pauk Pauk. But in this 105-mile trade zone, there are two main points. The first is that private banks in the Muse area 105 miles are closed on the 8th and 9th.

Due to the closure of the banks, there are some difficulties in running the money. Second, company representatives and agents working in the 105-mile trade zone are protesting. There is no jute service. But at the moment, there is trade in fruits, watermelons and fruit cars. There are no other products. Trade in the Muse 105-mile border trade zone has dropped by more than half in recent days due to the current political situation. Normally, around 1,000 cars have to travel. Currently, about 1,400 vehicles left on the 7th. Yesterday, on the 8th, it decreased a little bit. There was a slight decline in trade. Trade has dropped sharply from around $ 10 million to $ 15 million a day in recent days. In percentage terms, it has dropped by more than half. People have to make sure that trade does not stop at any time. It is a matter for traders, farmers and farmers. The other country does not stop buying. Myanmar is ready to export.

Therefore, the operation process needs to be continuous. This will benefit the farmers and the state. People also need business opportunities. China also trades regularly. At present, there is regular cross-border trade, so importers and exporters should continue to do so. People will continue to facilitate the trade. Banks in northern Shan State, including Muse, have been shut down due to the ongoing political situation, and people are increasingly withdrawing money at ARM machines. Imported vehicles have been in the Muse 105-mile trade zone for four days, while imported vehicles have been in the area for two days and about 700 to 1,000 imported vehicles are waiting in line to be inspected in the trade zone, according to truck drivers. According to a truck driver who have been there for four days, there is no custom has been inspected. They said they did not check because there were no agents carrying jute. On February 10, thousands of people continued to protest in Muse.