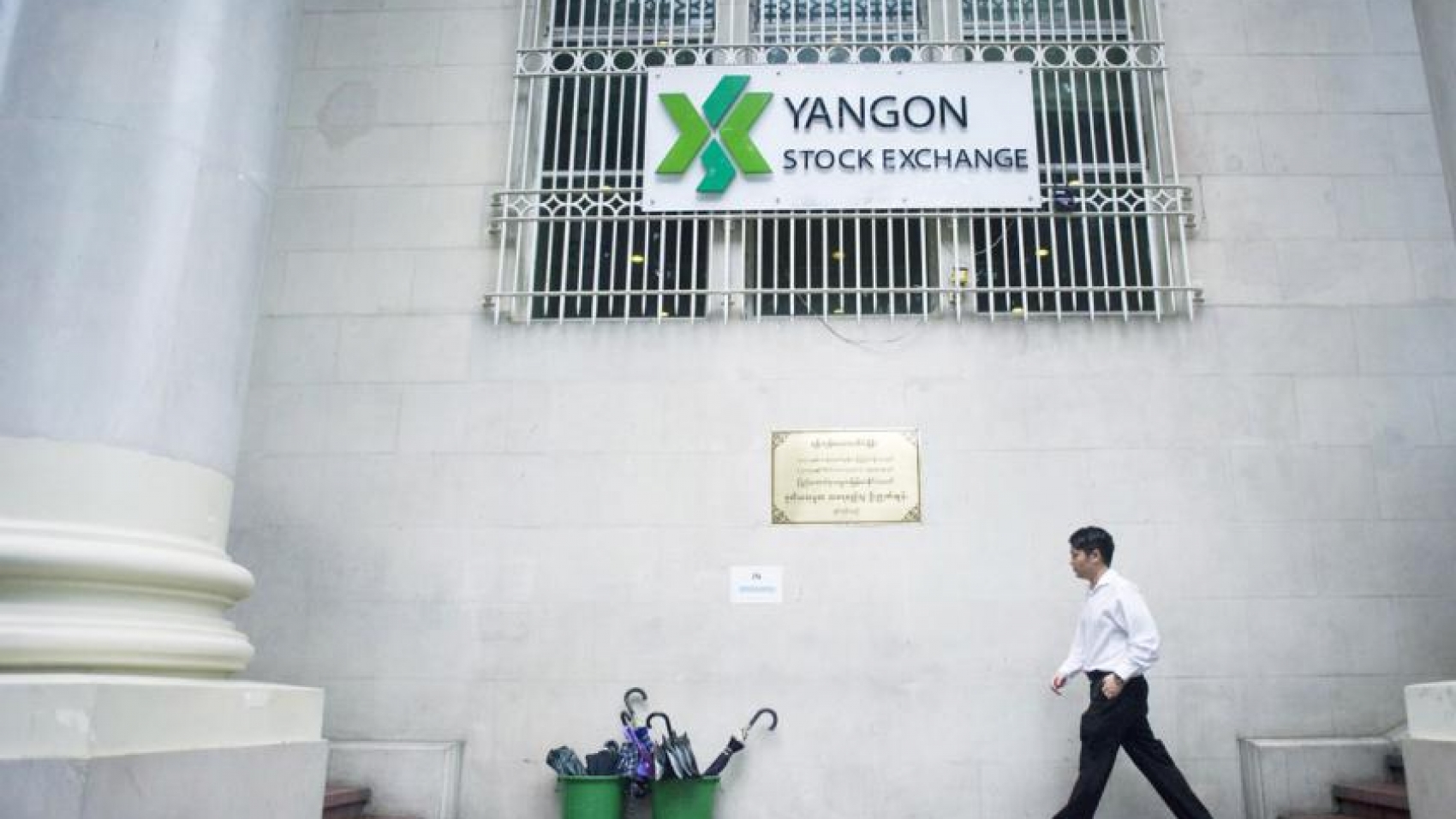 According to the annual report released by the exchange, a total of K12.6 billion worth of 1.87 million shares by six listed companies were traded on the Yangon Stock Exchange (YSX) in 2020, a significant drop compared to 2019. Over 2.4 million shares from five listed companies, valued K13.39 billion, were traded on the exchange in 2019. Both continuous trading and block trading on YSX fell in 2020 despite Ever Flow River Group Public Co’s (EFR) debut, on the exchange on 28 May 2020. Amid the COVID-19 crisis, Myanmar’s securities market has been able to continue operating without stopping trading. At present, shares of six listed companies — First Myanmar Investment (FMI), Myanmar Thilawa SEZ Holdings (MTSH), Myanmar Citizens Bank (MCB), First Private Bank (FPB), TMH Telecom Public Co. Ltd (TMH) and the EFR are being traded on the exchange.

More than 2.5 million shares of three listed companies were traded on the YSX in 2016, and their value was estimated at K70 billion. In 2017, despite an increase in the stock trading volume to 2.6 million shares, the trade value was only K22 billion. In 2018, 2.3 million shares of five companies, worth K11.5 billion, were traded on the exchange, according to the annual report of the YSX. The stock markets worldwide have reported their largest declines since the 2008 financial crisis. Similarly, the local equities market is also scared by the COVID-19 crash, points out a market observer. At present, people are putting money in savings, rather than investing during the COVID-19 crisis, he added. YSX held webinar sessions on 26 and 27 December to share the future benefit of stock investment for the investors, in coordination with securities companies (MSEC, KBZSC, CBSC, AYA Trust SC, KTzRH and uabsc).

Next, the Securities and Exchange Commission of Myanmar (SECM) has allowed foreigners to invest in the local equity market from 20 March 2020.
Furthermore, YSX launched pre-listing board (PLB) on 28 September 2020 to provide unlisted public companies with fund-raising opportunities and build a bridge toward listing on YSX, YSX stated. The YSX was launched three years ago to improve the private business sector. It disseminates rules and regulations regarding the stock exchange and knowledge of share trading through stock investment seminars. The stock exchange has also sought the government’s support to get more public companies to participate in the stock market and help more institutional investors, such as financing companies, investment banks, and insurance companies, to emerge.