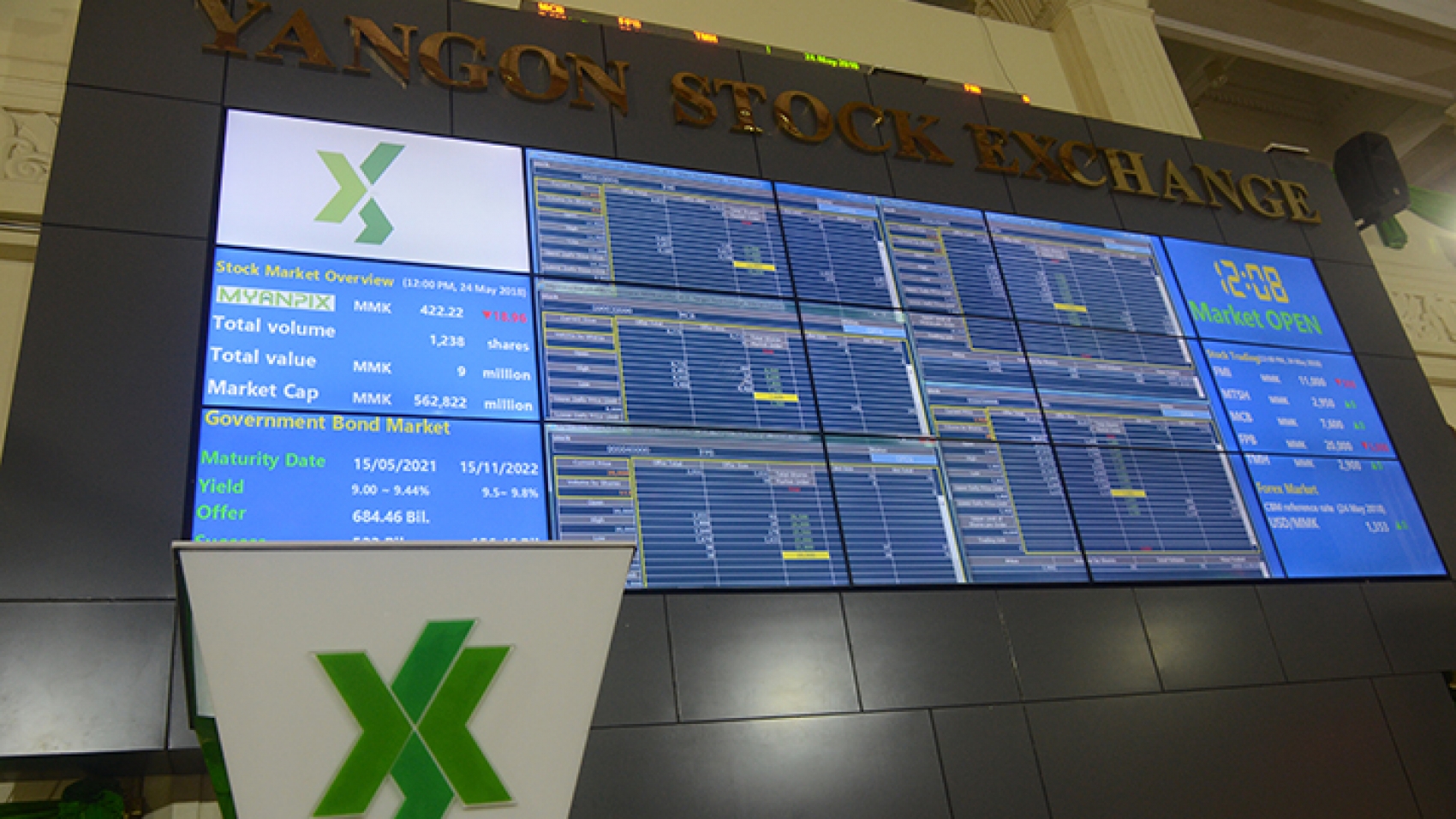 The volume of shares traded on the Yangon Stock Exchange (YSX) in September sank to the lowest level of 85,237 shares, yet the value slightly rose to K838.6 million against August’s rate due to the increase in share prices, according to YSX’s monthly report. The trading volume last month plunged from 118,850 shares registered in August, the statistics indicated. The stock markets worldwide have reported their largest declines since the 2008 financial crisis. Similarly, the local equities market is also scared by the COVID-19 crash, a market observer points out.

The YSX was launched three years ago to improve the private business sector. It disseminates rules and regulations regarding the stock exchange and knowledge of share trading through stock investment seminars. To boost the trading, the YSX had doubled its stock trade matching time from two to four per day last year. The exchange launched seven times matching per day on 26 March 2020. Since 2017, it has held promotional events to attract new investors and encourage existing investors to trade more actively. The stock exchange has also sought the government’s support to get more public companies to participate in the stock market and help more institutional investors, such as financing companies, investment banks, and insurance companies, to emerge. A total of 2.4 million shares worth K13.39 billion were traded on the YSX in 2019, a significant increase compared to the previous year, according to the annual report released by the exchange.