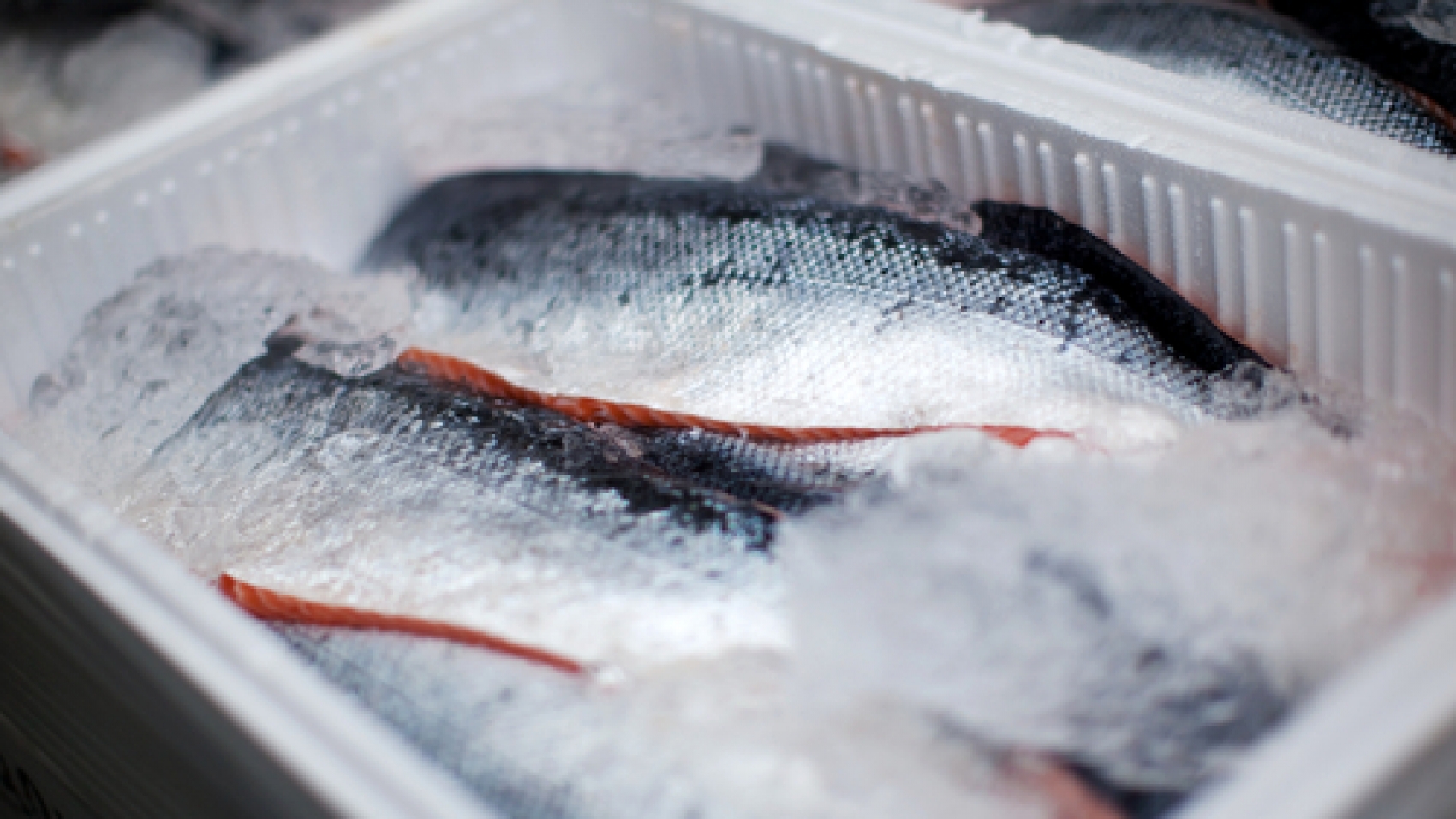 THE COVID-19 free certificate, essential for fishery exports to
China, must be issued at the soonest as it can cause disturbance on trading, said general secretary U Win Kyaing of Myanmar Fisheries Federation (MFF). China authorities have given the go-ahead for fishery exports only with the presence of COVID-19 free certificate on products since last October. Consequently, fishery exports, including frozen fish, prawn, eel and crabs, cannot be exported to China via the land border. The Ministry of Health and Sports of Myanmar take all responsibility regarding COVID-19 and, there is no other institution which can guarantee the COVID-free status. Therefore, they need to tackle this process soon since failure to do so will directly harm the trade. The government needs to formulate a better policy for that as soon as possible, following the international standard.

The Federation stated that the exporters do not know where
to seek COVID-free certificate on fishery products. They need to follow the importing countries’ rules and regulation to enter their market. At
present, the COVID-19 free status on fishery exports is essential
for China. They still do not realize which department is responsible for the issuance. Earlier, the Fisheries Department took all responsibility regarding food safety on fishery products and granted certificate. The department is
now planning to deal with this to the utmost of its power during
the pandemic. However, when they look into Thailand’s Department of Fisheries, they are not authorized for this matter. Therefore, the Federation called for cooperation between the official departments concerned.

The Federation has already submitted a report to the Ministry of Agriculture, Livestock and Irrigation through the Fisheries
Department to screen fishery products and receive the COVID-19 free certificate. China is the second-largest buyer of Myanmar’s fishery
products. During the previous financial year 2019-2020, Myanmar shipped over US$850 million worth fishery products to external markets and among them, US$254 million worth exports flowed into China. The Federation expects to reach fishery export target of US$1 billion in the current FY. Nevertheless, the fishery exports via land border have halted since October 2020, resulting in a $30 million drop in fishery export value during Q1 compared with a year ago.

According to data released by the Ministry of Commerce, trade conducted by Individual Trading Card (ITC) holders reached over K8.09 billion through the land border in the first quarter of the current financial year 2020-2021.
The Trade Department issued 17 cards in the October-December period this FY. Imports exceeded K6.46 billion, and exports were valued at just K1.6 billion. The Myawady border recorded the highest trade value at K5.3 billion, according to the Commerce Ministry. Nevertheless, the figure only reflected imports as individual trading cardholders did not export goods through the Myawady crossing.

The individual traders who cannot establish their own company can trade with the ITC in the border area. However, trading volume is limited. The card validity is set only one year, and the cardholders need to extend the card at the respective border posts one month before the expiry date.
Trading with the use of ITC is based on local currency. Hundreds of exports and imports items have been allowed for individual trading via the border posts. The trade department has issued 1,792 cards so far intending to boost trade. Business people can trade goods worth K3 million per day using ITCs, and the Trade Department has permitted trade of up to K15 million per day over five days. 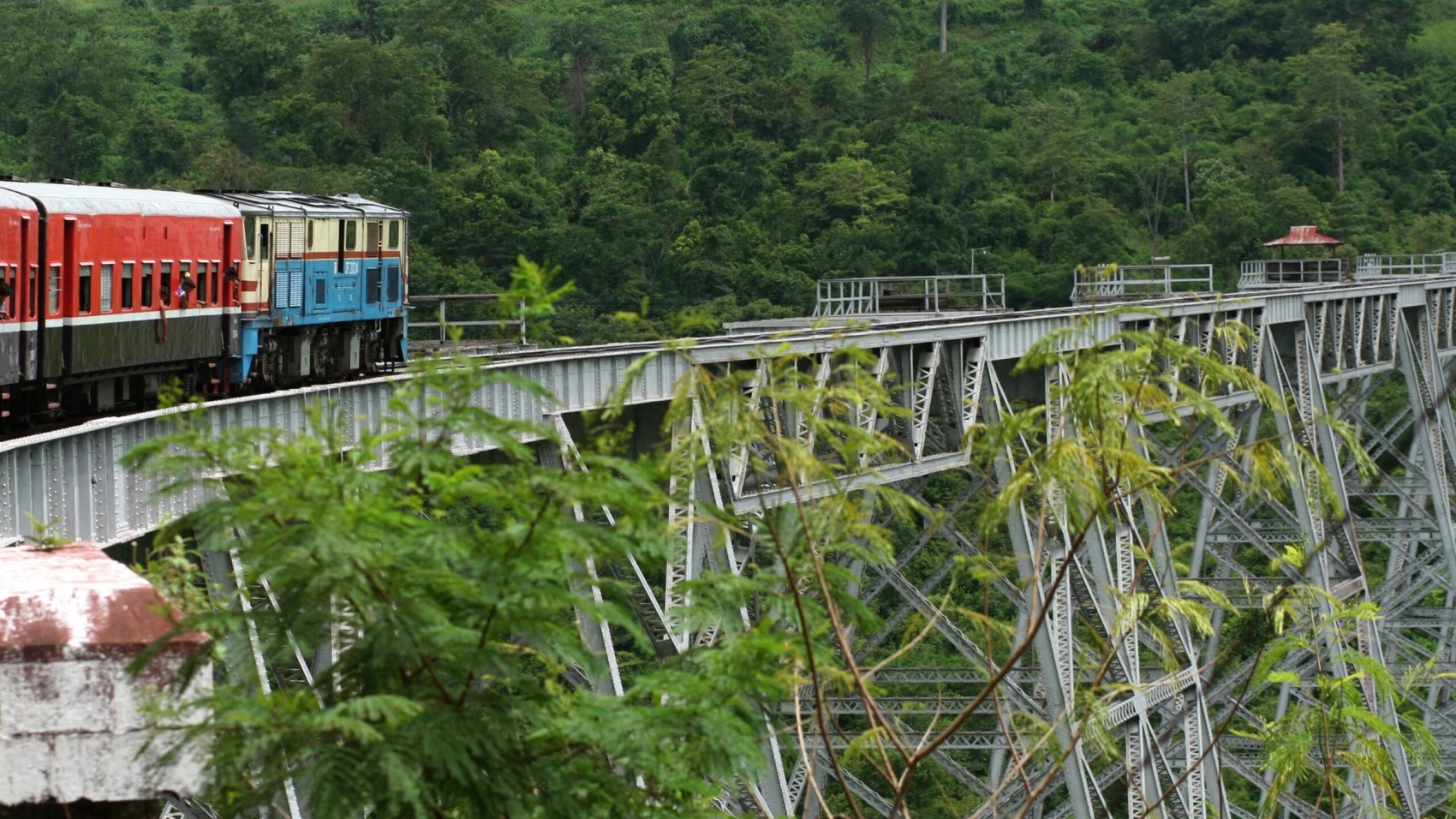 Myanmar’s first glass bridge, located near the Goteik Viaduct in Nawngcho (Northern Shan State), is expected to be completed by October 2022. The bridge, developed with Chinese designers and glass bridge experts, will be built on a project area of 17 acres and is estimated to cost approximately $5 million. Cherry Muse Company will oversee the project which also houses restaurants, parks, rainbow slides and vantage points for sight seeing.

According to the tourism market in-charge from the Cherry Muse Company, their company has sent over 1,000 tourists to China’s Glass Bridge on a yearly basis. There are many issues when entering China like the need to queue and take medical tests. They are implementing this project with the thought that it would be better if Myanmar has a similar glass bridge. It would be cost effective as well.

Cherry Muse will bear half of the cost of the bridge and the remaining half will be offered as shares. A memorandum of understanding for the project has been signed and it will lead to the creation of around 300 jobs. This glass bridge will be beside the world-famous Goteik Viaduct and you will be able to see the viaduct from here. Myanmar’s version will feature a glass pavement and a different design form those in China. 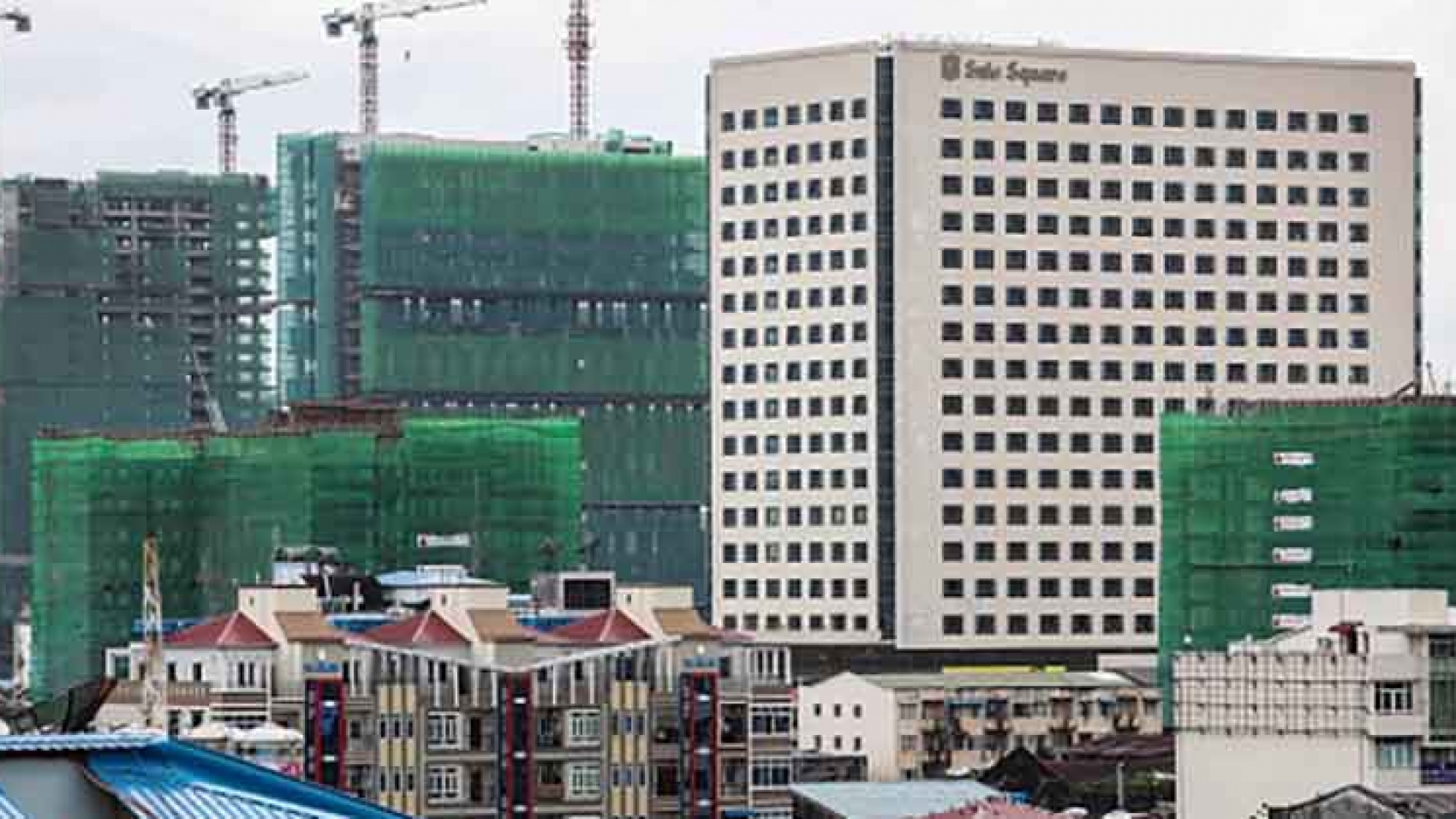 From the 2016-2017 fiscal year to the end of 2020, the amount of foreign investment in Myanmar reached over $ 25.5 billion, according to the Directorate of Investment and Company Administration. From the 2016-2017 fiscal year to the end of 2020, 995 foreign-invested companies have invested in Myanmar, ranging from $ 24.165 billion. According to the SEZ law, 60 foreign-invested businesses in the Thilawa SEZ have invested up to $ 1.382 billion. During that period, 1,055 foreign-invested companies in Myanmar invested a total of $ 25.548 billion. During this period, production in Myanmar; Transportation; Housing development; Energy Hotel and tourism; Livestock and fisheries; Construction of industrial zones; Oil and gas; Agriculture; Mining; Foreign investment was the main source of investment in 11 sectors, including services.

More than $ 190 million in investment in the agricultural sector; More than $ 11 million has been invested in the mining sector and more than $ 2.6 billion in the services sector. The director-general of the Directorate of Investment and Company Administration said that the Myanmar Investment Commission has received proposals for 24 projects worth $ 3.5 billion in foreign investment for the 2020-2021 fiscal year. For the next year, they have 24 proposals that the Investment Commission has to consider and then discuss the need. The value of the 24 proposals is estimated at US $ 3.5 billion. 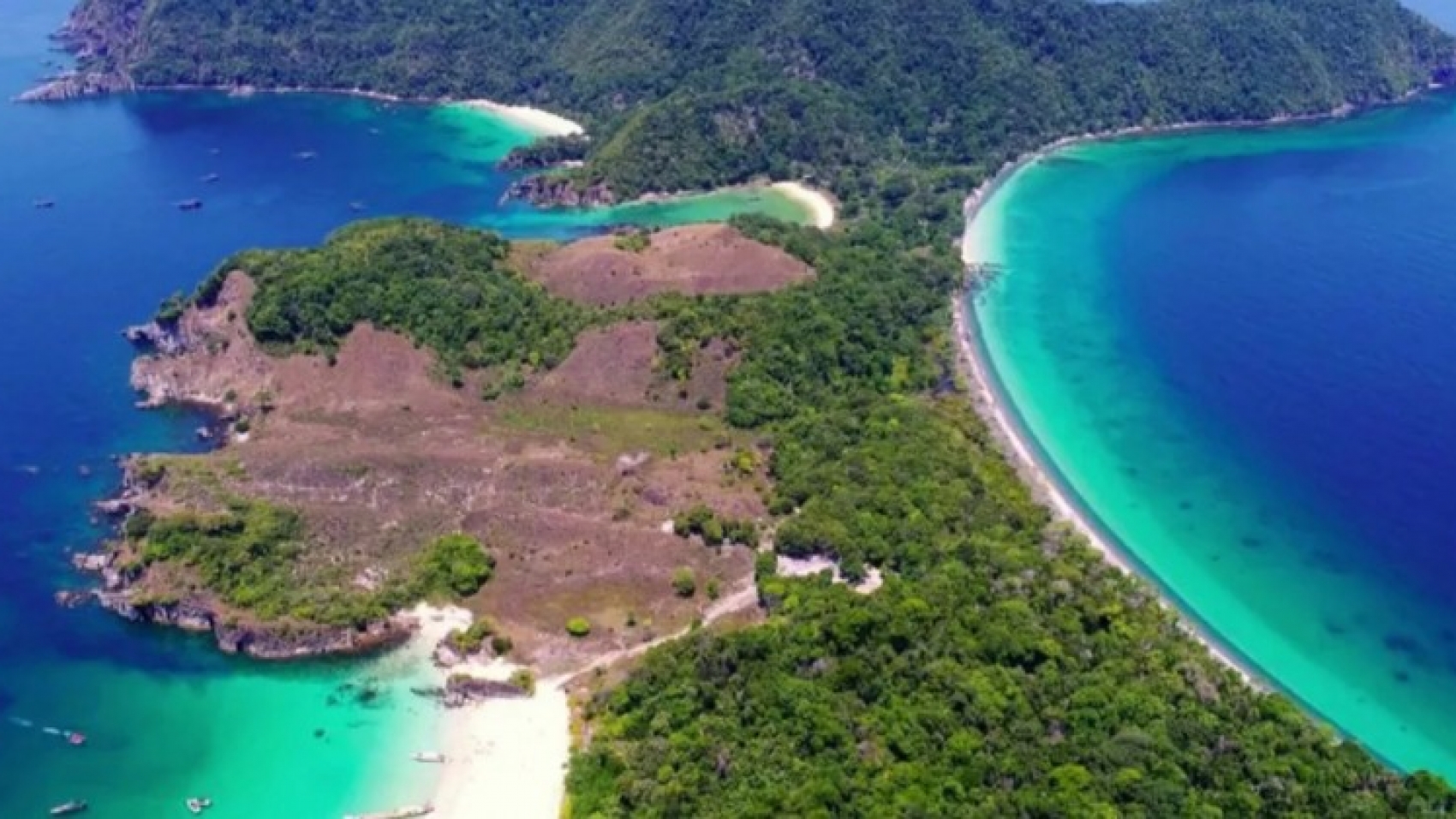 The visitors can study the culture, tradition, customs and living styles of Salon people and Kayin ethnic people in Donenyaunghmai village CBT site. Furthermore, they can ride a bicycle on the island, row the boats, study mangrove forest, go fishing and go on a study tour in fishing boats. Additionally, the visitors can go to Smart Island with speedboats.
The opening of the CBT site and floating jetty will attract more local travellers and tourists. It will also help create job opportunities for
residents. On 10 January, the opening of the floating jetty in Smart Islands was held near the jetty.

Moreover, the CBT site opening ceremony took place at Donenyaunghmai village on the same day. Taninthayi Region Chief Minister U Myint Maung and the regional ministers, officials concerned and residents marked the opening events. First, the regional Chief Minister and ministers formally inaugurated the floating jetty by cutting the ribbon and sprinkling scented water on the signboard. Afterwards, the regional Chief Minister Myeik Smart Island open for new CBT destination and party inspected the infrastructure in Smart Island and looked around the sandy beach and pebble beach. Then, they left for Donenyaunghmai village with speed boats from Smart Islands and formally opened the CBT site in the village.

The regional Chief Minister delivered the opening remark that the Taninthayi Region has rich natural resources to create tourism
destinations. The region is boasted with its realistic scenic view and aquatic
resources. The CBT site in Donenyaunghmai village is aimed at assisting in the government’s poverty alleviation project. I hope it will become the most successful CBT site in the region. The regional government is endeavouring to become a significant tourism spot like Yangon, Mandalay, Inle and Bagan.
Now, it has marked a milestone for the efforts. Regional Chief Minister handed over the honour certificates to the donors and chair of village CBT presented commemorative presents to regional Chief Minister and ministers at the event. 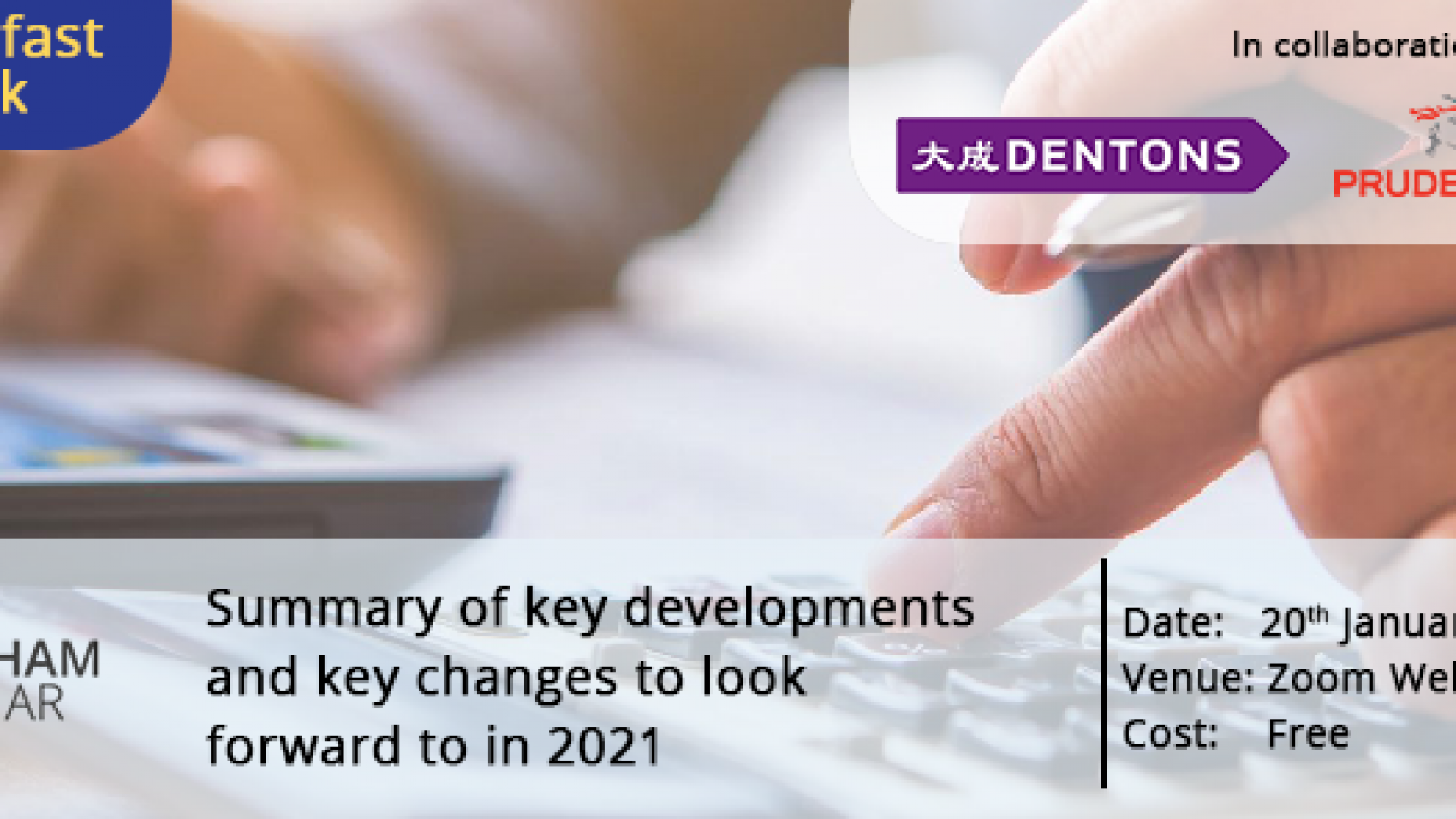 As the aim is to look forward to a post-pandemic recovery in the year 2021, the experts from the EuroCham Myanmar Legal and Tax Advocacy Group will round up the key developments in 2020 on the topics of legal and tax, not limited to:

During the Breakfast Talk the topic will be about potential legal and tax issues to expect or look out for in 2021, as well as what these proposed regulations mean for businesses:

This event will be hosted online and participants can pose questions to the experts through a Q&A session.