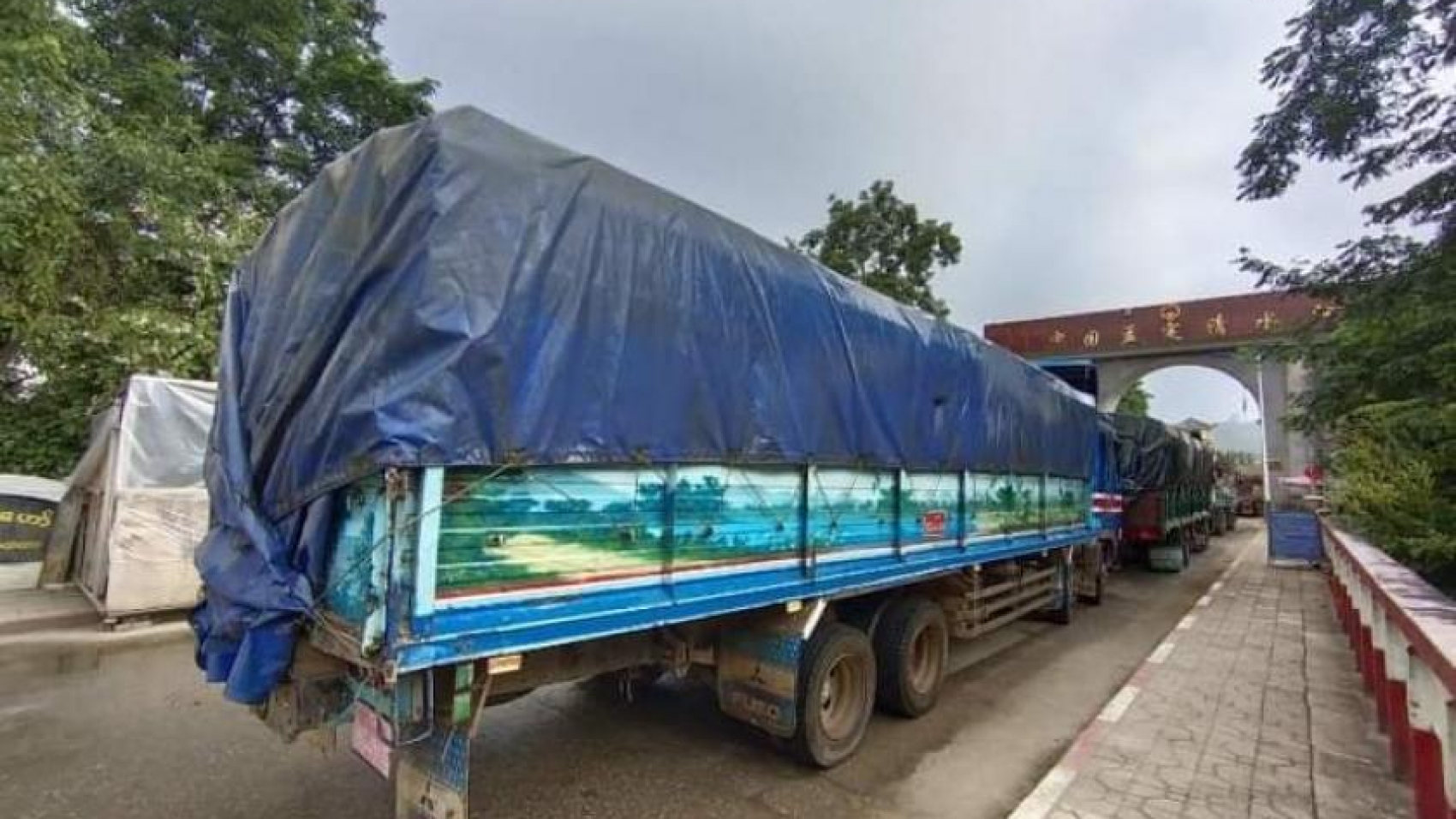 The Yunnan provincial government launched the China-Myanmar new freight transport model with
one bill of lading for 20 land border points, according to the statement released by the Chinese Embassy in Myanmar. Starting on 3 November, the first-ever bill of lading (BL) endorsement with BL financing of the China-Myanmar multimodal joint transport project was held at the Bank of China (Kunming branch). This trading system was started on China-Laos Railway.

For the second time, China-Myanmar cross-border trade flow, border crossing, the restriction measures of the pandemic, combined transport from road to rail, bonded zone area with tax incentives for import of raw materials for production of the finished goods and cargo withdrawal permit can be conducted altogether.

One bill of lading system for the combined transport can be used from rail to cross-border road access, covering 370 kilometres long roads and 850 kilometres long railway (totalling a1,220 kilometres long trip with 20 checkpoints). With this freight transport mode, the traders have to pass those stages; goods loading, monitoring, Chinese Customs and multimodal transport. The goods are to be loaded to the Lancang-Chinshwehaw border with road access and those goods are to be delivered to bonded zone area through a rail link at the Lancang railway station.

“We are making procedures to export 2,650 tonnes of rice by MV MCL-12 to Bangladesh. We load 53,000 rice bags onto the ship. There are ample job opportunities as we can export rice from Pathein to Bangladesh directly. The regional chief minister also gave instructions to cooperate with departmental officials and businesspersons so as to develop the economy of the region. The ship will leave soon,” said U Tun Tun, deputy director of the Consumer Affairs Department of Ayeyawady Region. The Ayeyawady Region, which is described as a rice bowl of Myanmar, possesses about 5.1 million acres of monsoon and summer paddy and produces over 330 million baskets of paddy and about 3.3 tonnes of rice per year.

There are 6.4 million population in Ayeyawady with a rice consumption rate of 1 million per year. A total of 1.4 million tonnes of rice are consumed by 300,000 visitors to Chaungtha, Ngwe Saung and Ngapali beaches and transported to Yangon, Bago and Magway, and it is estimated to export the remaining 900,000 tonnes to earn foreign incomes. Previously, it cost hugely in exporting rice from Yangon port to Bangladesh due to high transport charges and labour costs from Ayeyawady Region to Yangon. Currently, it can export from Ayeyawady International Industrial Port in Pathein directly and so it brings benefits to the State, private business people and residents. It is also set to increase the export volume between 30,000 and 100,000 tonnes of rice from AIIP in Pathein to Bangladesh directly depending on the local production and rice surplus.