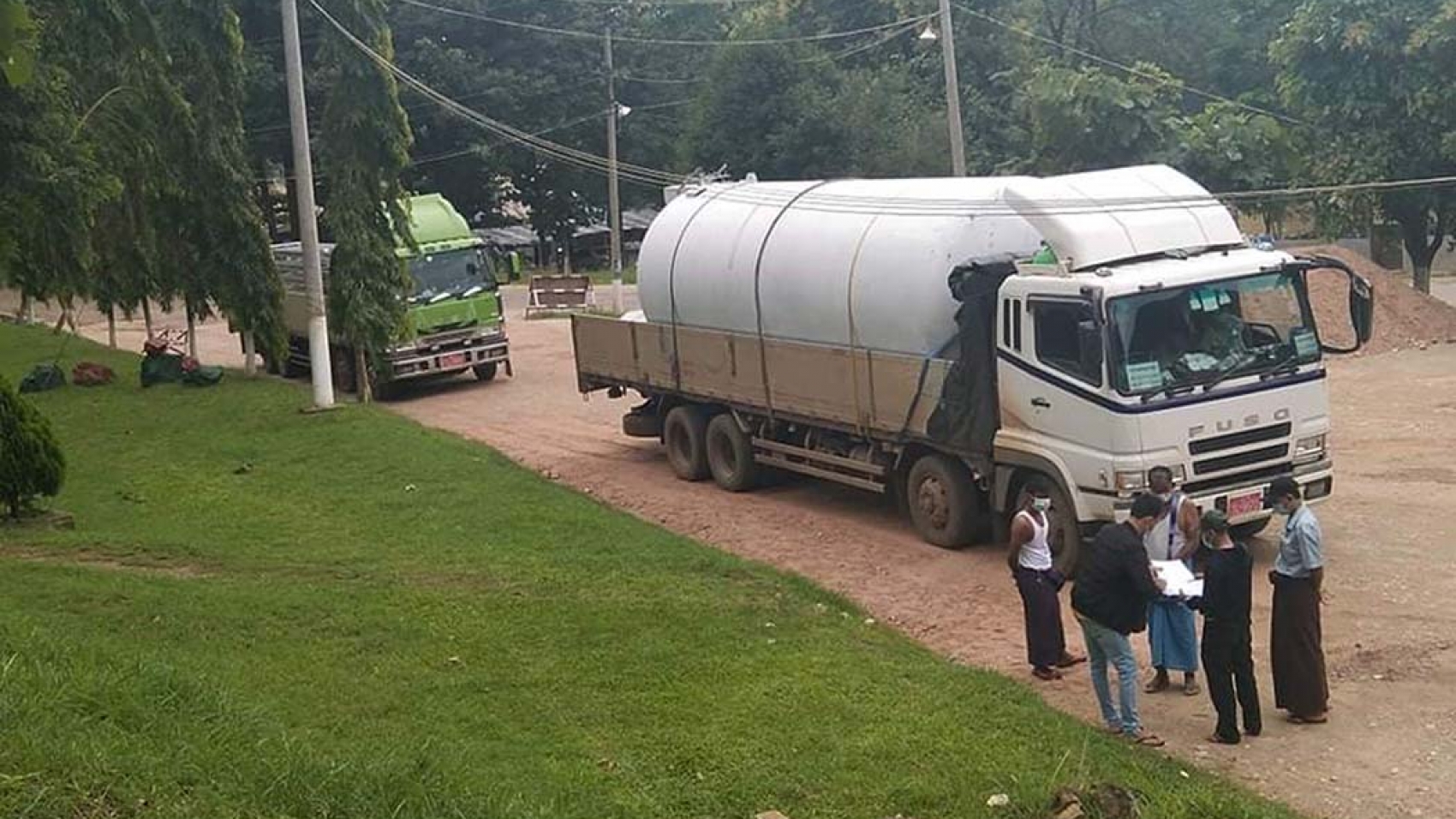 According to the Ministry of Commerce, 133 tonnes of Bowser oxygen was delivered, 32 tons with liquid oxygen tank, 22813 home oxygen machines, 135942 Test Kit Covid-19 vaccine supplies, including five 183-tonne oxygen generators, have been imported in August. Currently, with the rise in the third wave of Covid-19 outbreaks across the country, there is an urgent need for oxygen-related drugs for Covid-19 immunization control so that Ministry of Commerce is coordinating with the relevant ministries to import from sea ports and border trade points without delay.

On July 19, eighty-four companies from Muse, Chin Shwe Haw, Myawaddy, Tachileik the Mawtaung border trade points sold 57.24 tonnes of Oxygen (Bowser) vehicles; 36.040 tons with liquid oxygen tank; 25,590 tons with liquefied petroleum gas; 5053 Home Oxygen Concentrator; , 500 test kits and 75,546 kg of masks were imported, according to the Ministry of Commerce. The Ministry of Commerce has allowed the import of Covid-19 protective equipment and liquid oxygen, which require a license, without the need for a license. Import of Oxygen Concentrators is also allowed to be imported quickly with a 5% commercial tax exemption without the need to apply for an import license with the approval of the Food and Drug Administration.