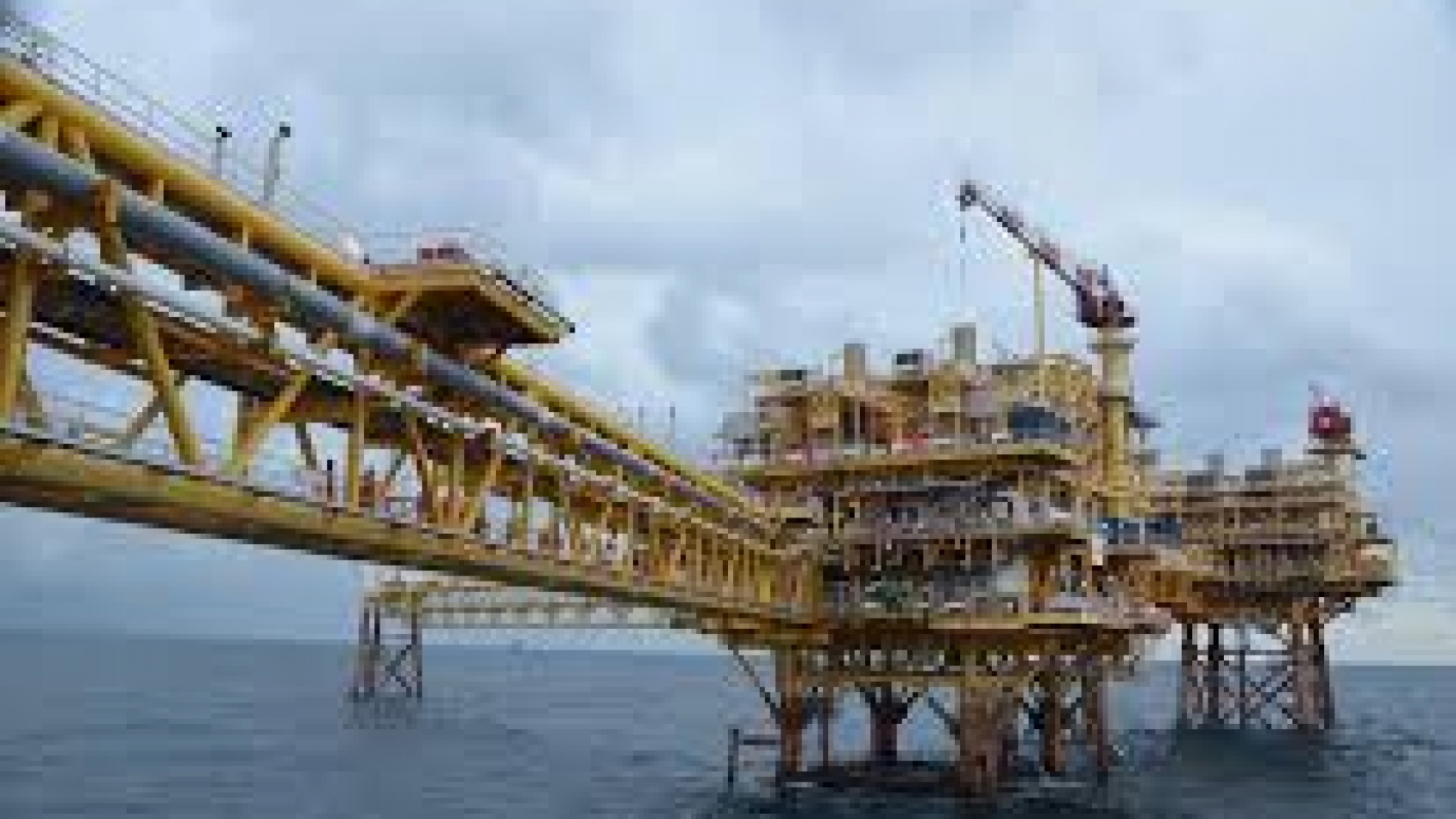 MYANMAR’S exports of natural gas in the past financial year 2019-2020 amounted to US$3.5 billion, the Commerce Ministry’s data showed. The figures plunged from $3.88 billion registered in the FY2018-2019, as per Commerce Ministry data. Natural gas is included in the list of major export items of Myanmar. Over 10 per cent of the country’s total export earnings
come from the sale of natural gas.

The Yadanar natural gas project is being carried out by the TOTAL Company, with its pipeline supplying natural gas to Thailand. Natural gas is also extracted in Yedagun, located offshore from Taninthayi and discovered in 1992. The Zawtika Project in the Gulf of Moattama mainly supplies natural gas to neighbouring Thailand. Production at Yadana and Yedagun is declining, and those projects will be halted in the coming years. 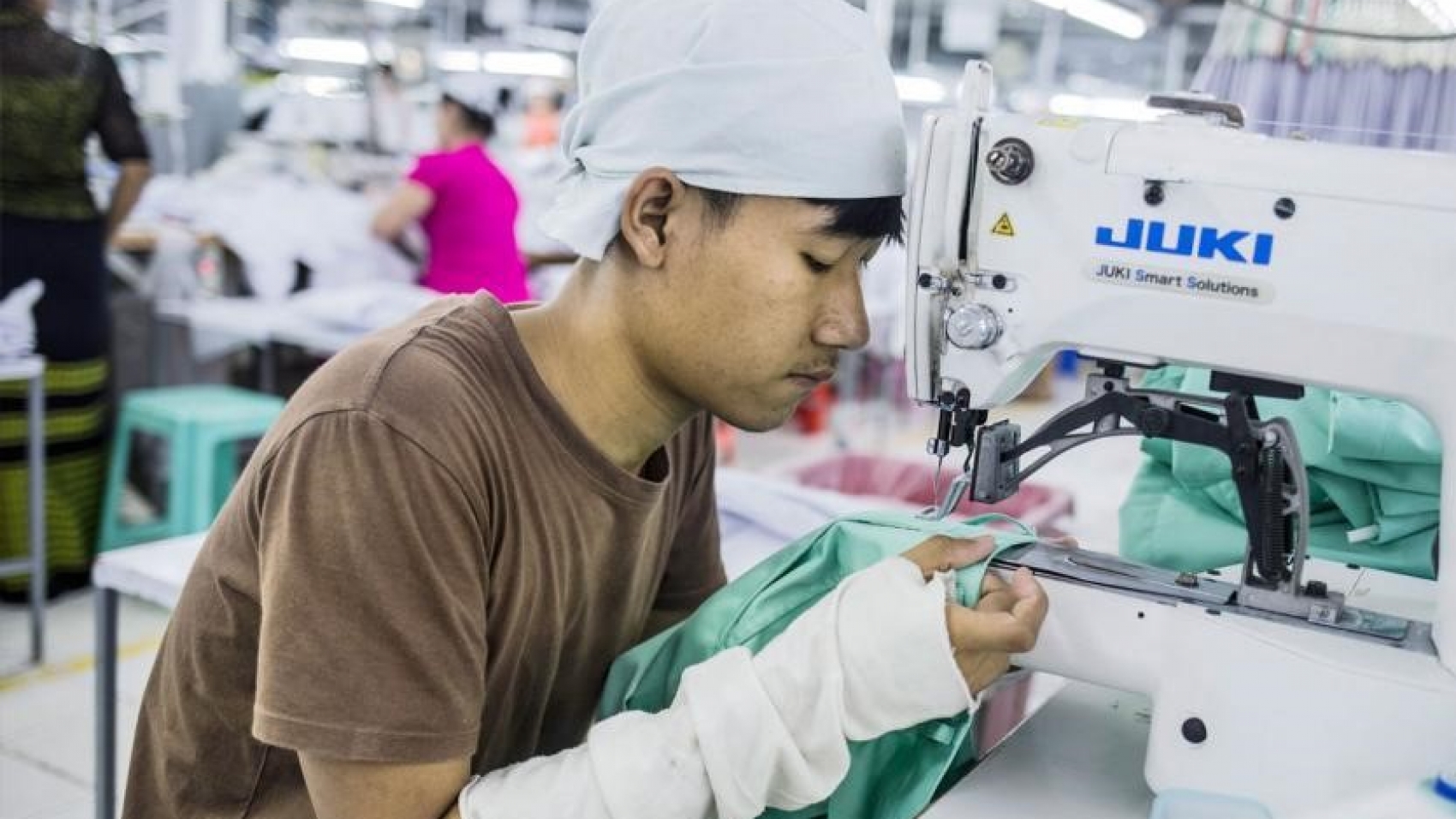 The newly formed ASEAN- led global trading bloc, Regional Comprehensive Economic Partnership (RCEP), could boost the Myanmar manufacturing sector, according to the research and advisory firm Oxford Business Group. Myanmar could capitalize on the 15- country trade bloc, the biggest in the world, to grow its manufacturing base, the research group said. Peter Crowhurst, the chief executive officer of the British Chamber of Commerce Myanmar, told OBG that “local, regional and indeed global manufacturers who wants to be active in the ASEAN market place are taking advantage of the opportunities in Myanmar”. The Myanmar economy is very young, it is agriculturally based and overall manufacturing is in its infancy.

Crowhurst noted that Myanmar has a lower cost base, a growing infrasture and a receptive government that is seeking to strengthen and diversity its economy. The fresh overwhelming mandate the ruling National League for Democracy received during the November 8 polls would give impetus for more reforms that would enable the country to take advantages of the RCEP. With the new government under the direction of Daw Aung San Suu Kyi, now is the time to build and strengthen capabilities of the respective ministries to support the effective and balances implementation of RCEP. During the last five years, international business invested over US$6 billion in 711 manufacturing businesses in Myanmar.

Similarly during those five years, firms mostly from Japan and Singapore invested US$1.1 billion in 50 businesses in Myanmar special economic zones. Manufacturing sector attracted the most foreign investments during the from 2016 to 2020 with $7.4 billion according to Directorate of Investment and Company Administration. The RCEP was signed on November 15 on the sidelines of the ASEAN summit. The signatories are the 10-country ASEAN, China, Japan, South Korea, Australia and New Zealand. The new trading bloc represents around 30 percent of the world’s population, 30pc of global gross domestic product and about 28pc of the international trade. ASEAN groups Brunei, Cambodia, Indonesia, Laos, Malaysia, Myanmar, Philippines, Singapore, Thailand and Vietnam. 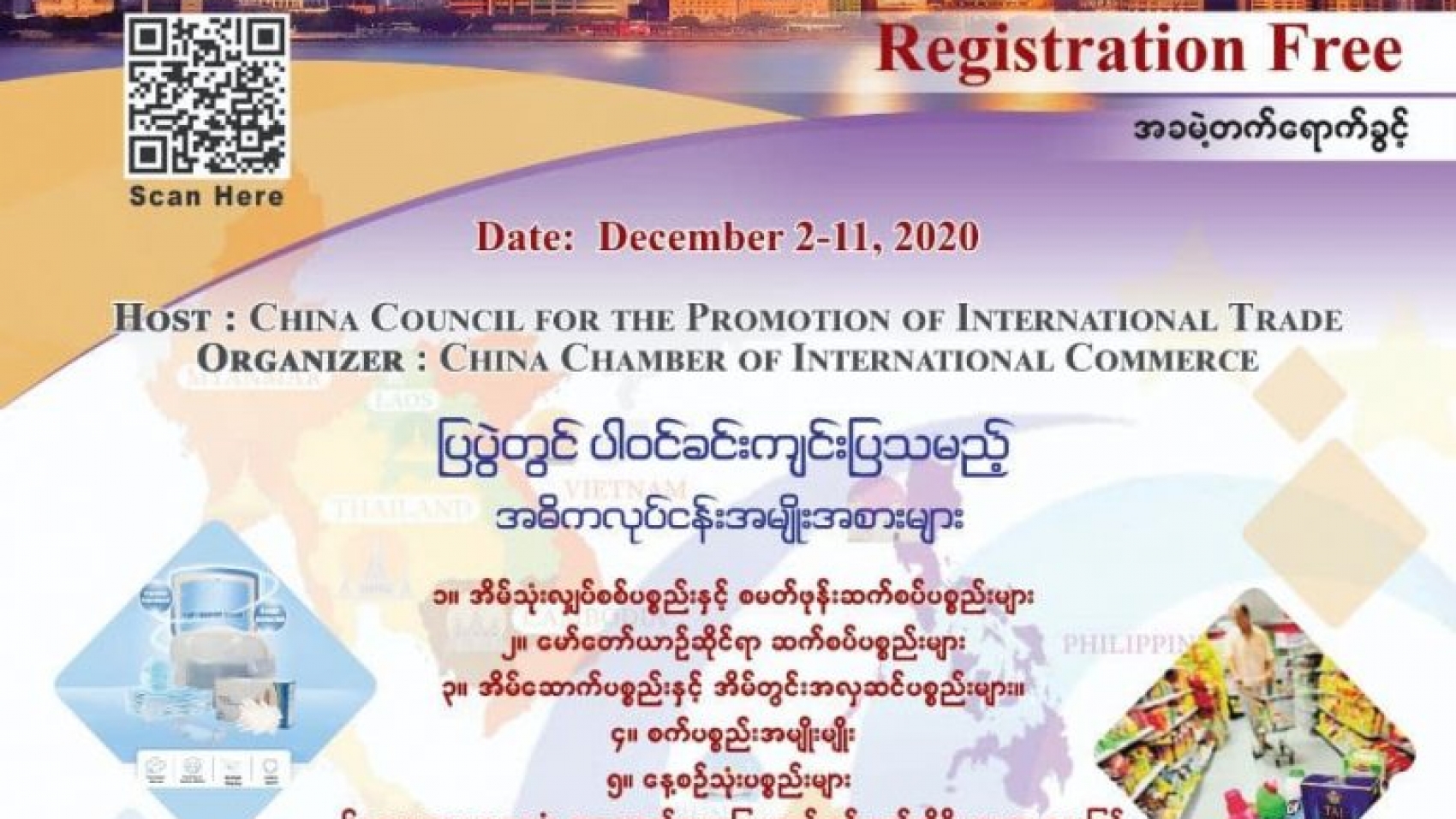 To promote the economic and trade exchanges between China and Southeast Asian countries, enhance Lancang-Mekong cooperation, deepen the comprehensive strategic partnership between China and Myanmar, and alleviate the negative impact of the COVID-19 epidemic on international economic and trade cooperation, China Council for the Promotion of International Trade (CCPIT) will exhibit the China-Southeast Asia (Myanmar) International Trade Digital Expo online from December 2 to 11, 2020 in collaboration with China Chamber of International Commerce (CCOIC)

Host: China Council for the Promotion of International Trade