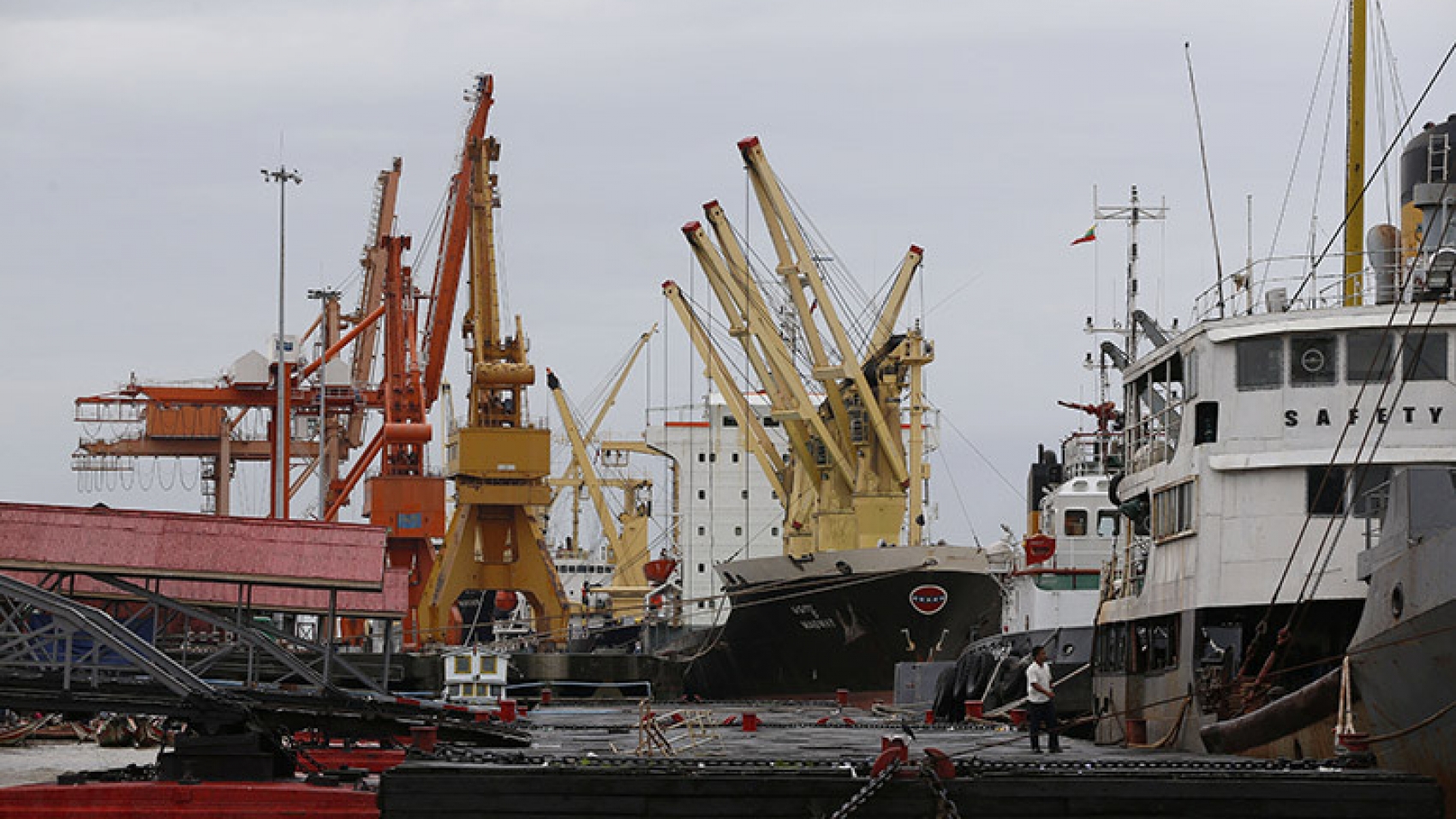 Shipments and cargo handling have risen since May, handling more than 11,000 containers and 115,000 metric tons of general cargo. In June, up to 40 container vessels entered the country. Maersk Line Myanmar (Sealand Maersk) has launched three new container vessels to meet the needs of maritime trade. The three new ships will have a capacity of 1,750 TEU 21,000 metric tons (9.5 meters in depth) and were built specifically for the Myanmar market. With the expansion of these new container vessels, there will be enough space & equipment for exports and shipments will not have to wait for a booking. The discovery of a new waterway on the Yangon River has allowed international vessels to enter and leave the port of Thilawa, which has been allowed to raise the water limit. According to a statement from the Myanmar Ports Authority, 152 vessels over 30,000 tonnes entered Rangoon port and Thilawa port in the five months since the new dam was allowed to be extended due to the discovery of a new waterway on the Yangon River. The Central Bank of Myanmar (CBM) sold US$78 million at an auction rate over the past five months this year. The bullish hard currency gained in local forex market, reaching the peak of K1,730 on 12 May from K1,330 in January-end. In a bid to control the sharp daily gains of the US dollar, the CBM reportedly sold about 6.8 million dollars on 3 February 2021, $12 million in April, $24 million in May, $12 million in June and $24 million as of mid-July in the auction market. Consequently, the exchange rate stands at around K1,650 in mid-July.

The current political changes in Myanmar affect the currency market. Some people want to hold the hard currency during the difficult times, a market observer shared his opinion. The local forex market’s data showed that the dollar exchange rate touched the maximum of K1,345 and the minimum of K1,327 in January 2021. The rate moved in the range of K1,335-1,465 in February. It reached the lowest of K1,420 and the highest of K1,550 in March. The rate fluctuated between K1,550 and K1,610 in April. The rate fluctuated between K1,585 and K1,730 in May and it moved in the maximum of K1,595-1,620 last month.