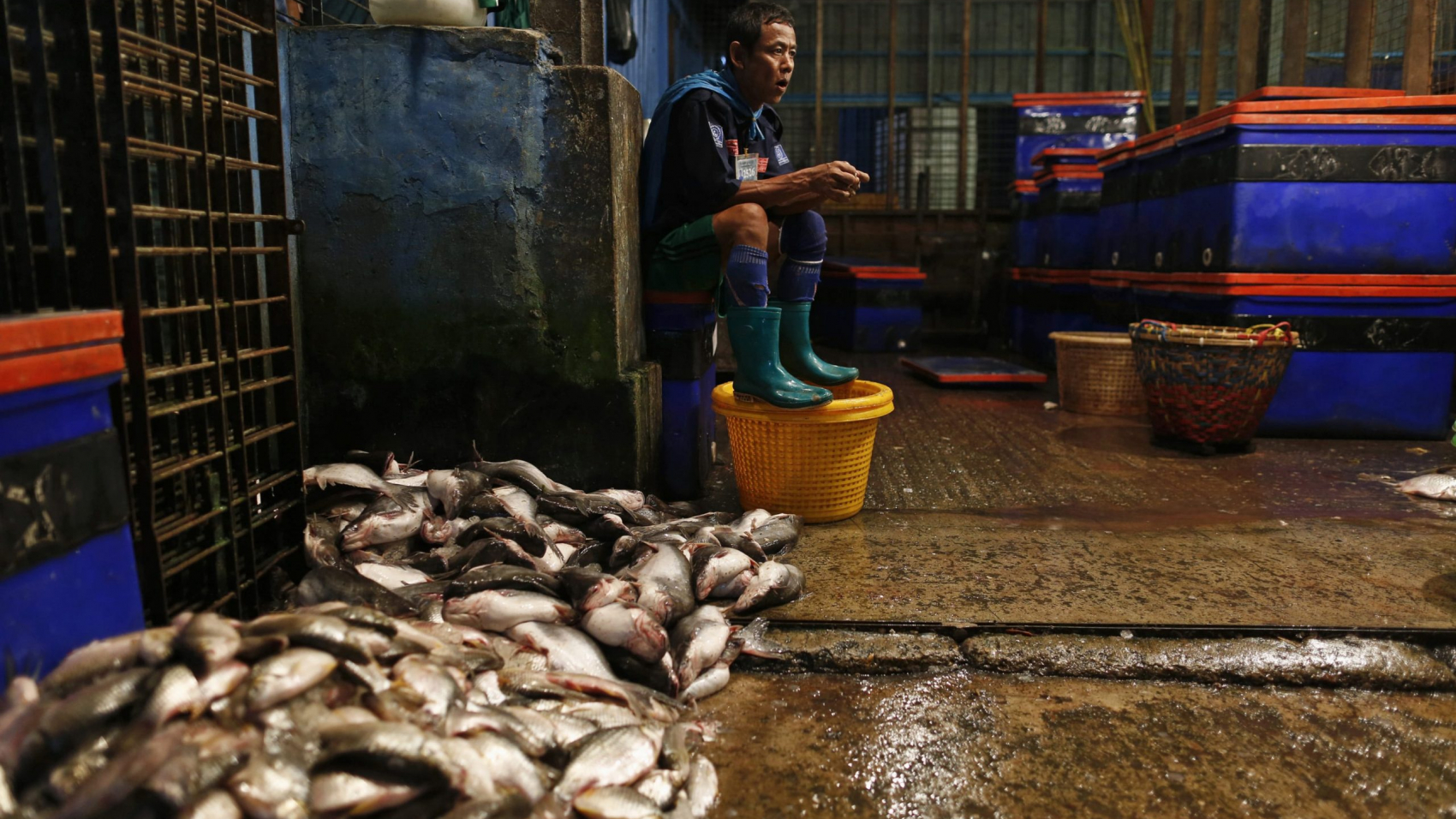 The waterway transport sector plays a key role in the inflow of various marine products and swift and smooth flow of commodities into the Yangon fish market which is a distribution hub of marine products to Yangon Region as well as to other regions and states on a daily basis. Freshwater and seawater marine products from the Ayeyawady Region flow into two fish markets in Yangon – Central Sanpya Fish Market and Shwepadauk Fish Market. In order to meet the local demand for marine products, freshwater fish products are being produced. But heavy rains may inundate fish farms, causing loss and damage.

Hence, local fish farmers net fish at the fish farms before the monsoon and reduced the number of fingerlings at the farms due to the high prices of aquafeeds. Consequently, the inflow of freshwater rohu and sturgeon into the market declined in July and August less than in the remaining months. Two kinds of fish are taking market shares in local consumption of Yangonites and those from the countryside. Fish farmers transport their aqua products to the Yangon market along Twantay Canal but they unexpectedly face some cases of extortion of marine products and money as robberies committed by unscrupulous persons along the route.

As such, they encounter difficulties in waterway security measures. “In fact, the Central Sanpya Fish Market and Shwepadauk Fish Market are of importance not only for Yangon Region but for marine product consumption of the whole nation. Regularly, more than 300,000 visses of freshwater products and some 100,000 visses of seawater fish products flow into the markets. This month, the volume of marine products dropped in the markets. Although seawater products flow into the market on tidal days, as usual, the inflow process of freshwater fish into the market faces some difficulties with security measures. So, motor schooners do not accept hire for transporting the fish products.

Moreover, the shortage of labour to be assigned to transport fish products is one of the punches on the fish farmers when they pass the Twantay Canal. So, marine products do not flow into the market in competitiveness. After enquiring about the market situation, they decided things whether they should send their products to the market or not. Only when they firmly contact the purchasers will they do their business. As a result, the volume of freshwater fish products declines more its flow into the market,” said U Aung Kaung Kywe from the Myanmar Food Part Co Ltd. 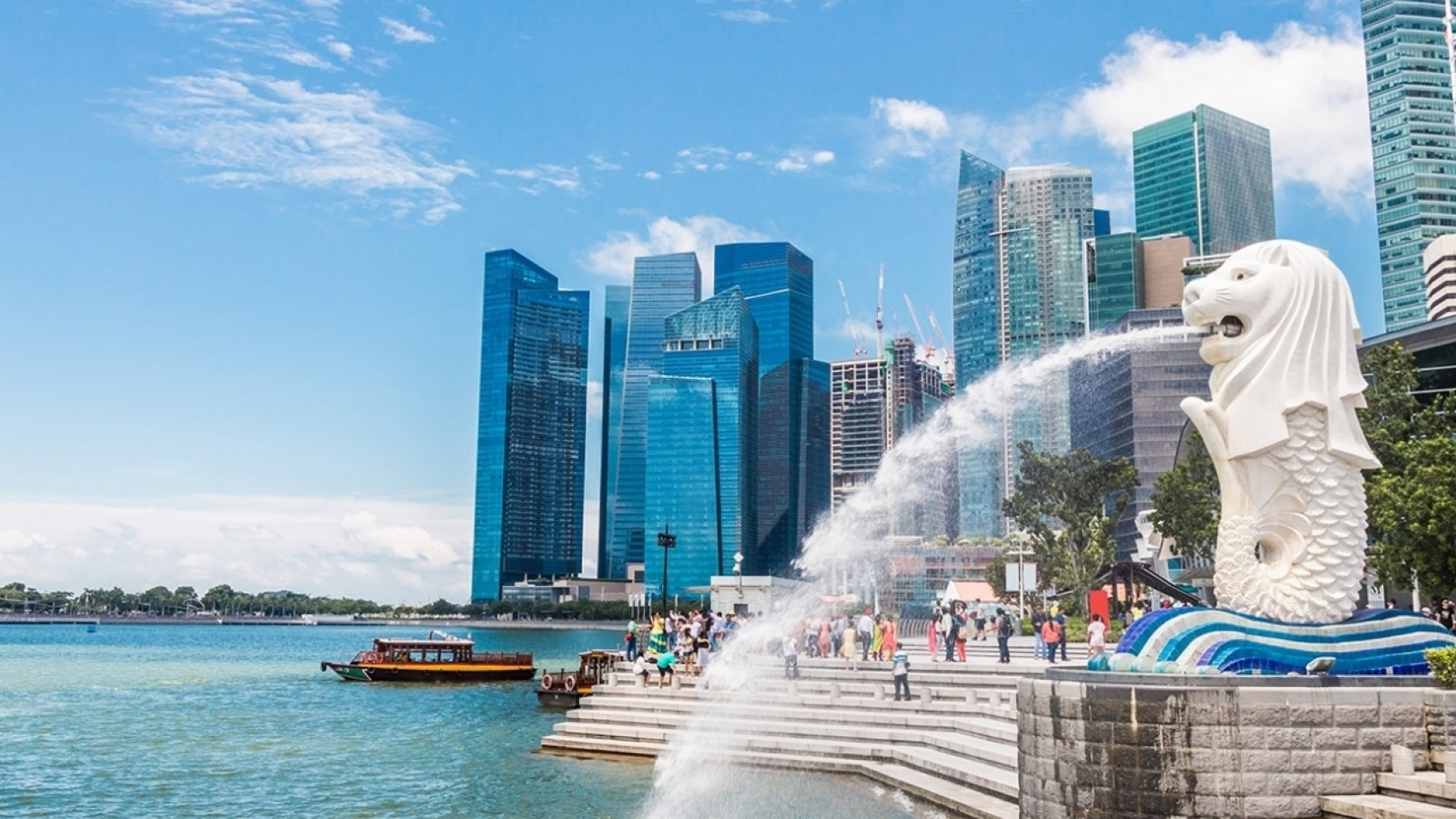 Eight Singapore-listed enterprises brought in large investments of US$1.086 billion into Myanmar in the past four months (April-July) of the current financial year 2022-2023, the Directorate of Investment and Company Administration’s statistics showed. Singapore companies mainly put investments into urban development, real estate, power and manufacturing sectors.

Hong Kong SAR stood as the second-largest investor this FY with an estimated capital of over $64 million pumped by five projects. China is ranked third in the investment line-up with more than $55.7 million.
One enterprise each from Belize and Japan also made investments in the past four months respectively. The existing enterprises from China Taipei, China, Hong Kong SAR, the Republic of Korea, India and Thailand also increased investments.

Myanmar Investment Commission gave green light to 29 foreign projects, with an estimated capital of $1.22 billion during the April-July period, DICA’s statistics indicated. Those enterprises are to execute in manufacturing, power, real estate and service sectors respectively. Myanmar has drawn foreign direct investment of more than $647.127 million from 49 enterprises in the past mini-budget period (October 2021-March 2022), according to the statistics released by the DICA. 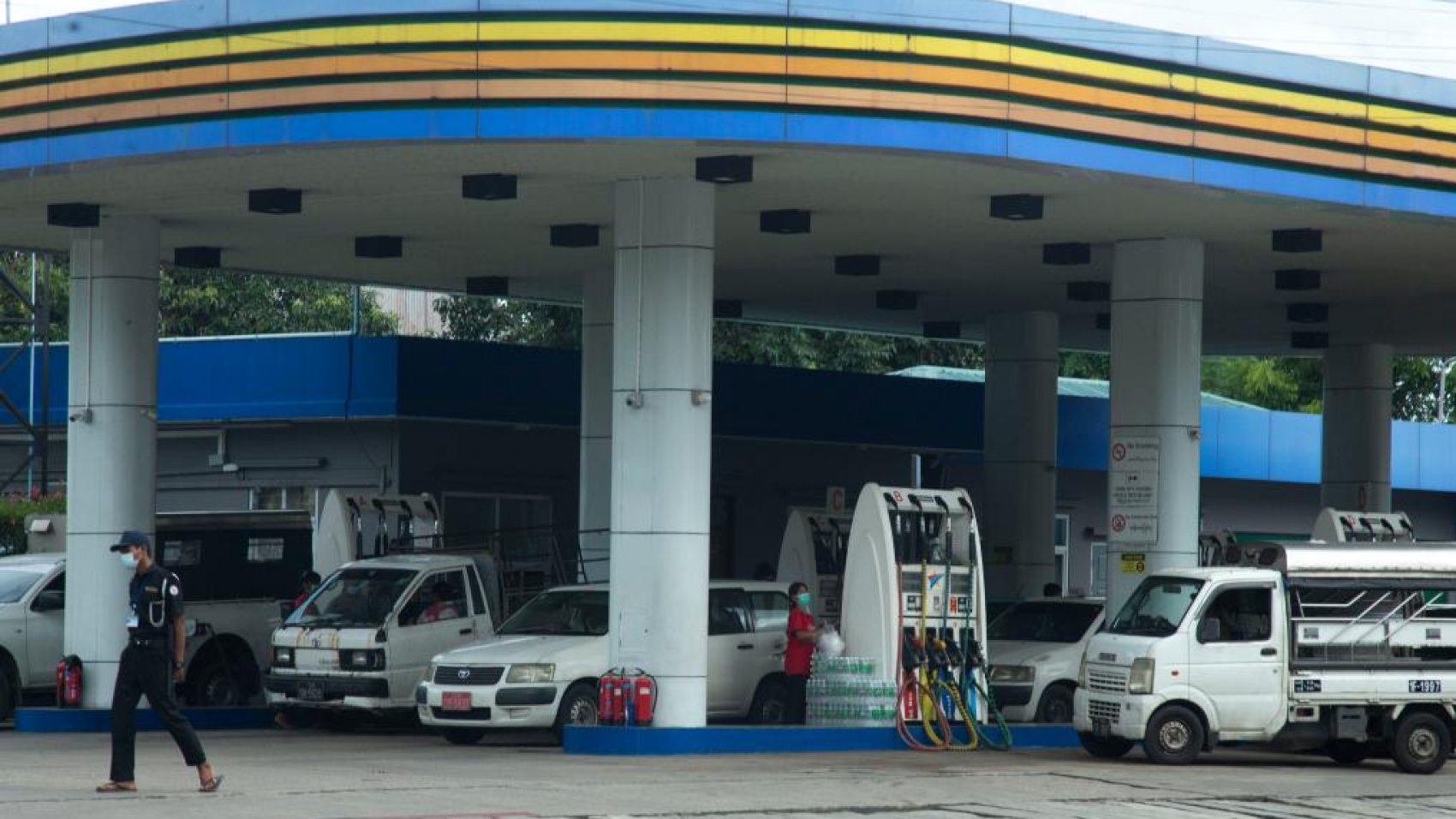 In the first week of August, the price of 92 fuel was around K1,600 per litre, and on 11 August, it rose to K2,140, which increased by more than K540 in four days, according to the reference prices of the Fuel Import, Storage and Distribution Supervisory Committee. After the shortage of some types of fuel in the market on 7 August, the prices of (premium) diesel and Octane 92 Ron skyrocketed when the market opened yesterday. In the Yangon fuel market, 92 Ron per litre was only K1,615 on 7 August, and it reached K2,140 on 11 August.

According to the reference price of the Fuel Import Storage Distribution Supervisory Committee, 92 Ron is reaching K2,180 to K2,720 per litre in Yangon, Mandalay, Nay Pyi Taw, Bago, Magway, Dawei, Monywa, Pathein, Hpa-An, Mawlamyine, Myitkyina, Sittway, Lashio, Taunggyi, Loikaw, and Kengtung. According to the reference price of fuel published yesterday by the Fuel Import, Storage and Distribution Supervisory Committee, the retail price of 92 Ron per litre in the Yangon Region is K2,140, and 95 Ron is K2,210 per litre, while one litre of HSD (500 ppm) was set at K2,440.

Similarly, HSD (50 ppm) and HSD (10 ppm) were set as K2,515 per litre as reference retail prices for motor oil. In addition, the Fuel Import Storage Distribution Supervisory Committee’s reference wholesale price of motor fuel in the Yangon region is K2,038 per litre of 92 Ron, K2,108 for 95 Ron, K2,331 for HSD (500 ppm) and K2,440 for HSD (10 ppm). Fuel shortages are occurring in cities of Shan, Mon, and Kachin states. There have been delays in extracting oil even in Yangon where fuel oil storage tanks are located. Currently, fuel prices are calculated based on the MOPS price by the Fuel Import, Storage and Distribution Supervisory Committee, and if consumers are not satisfied, they can report to the committee. 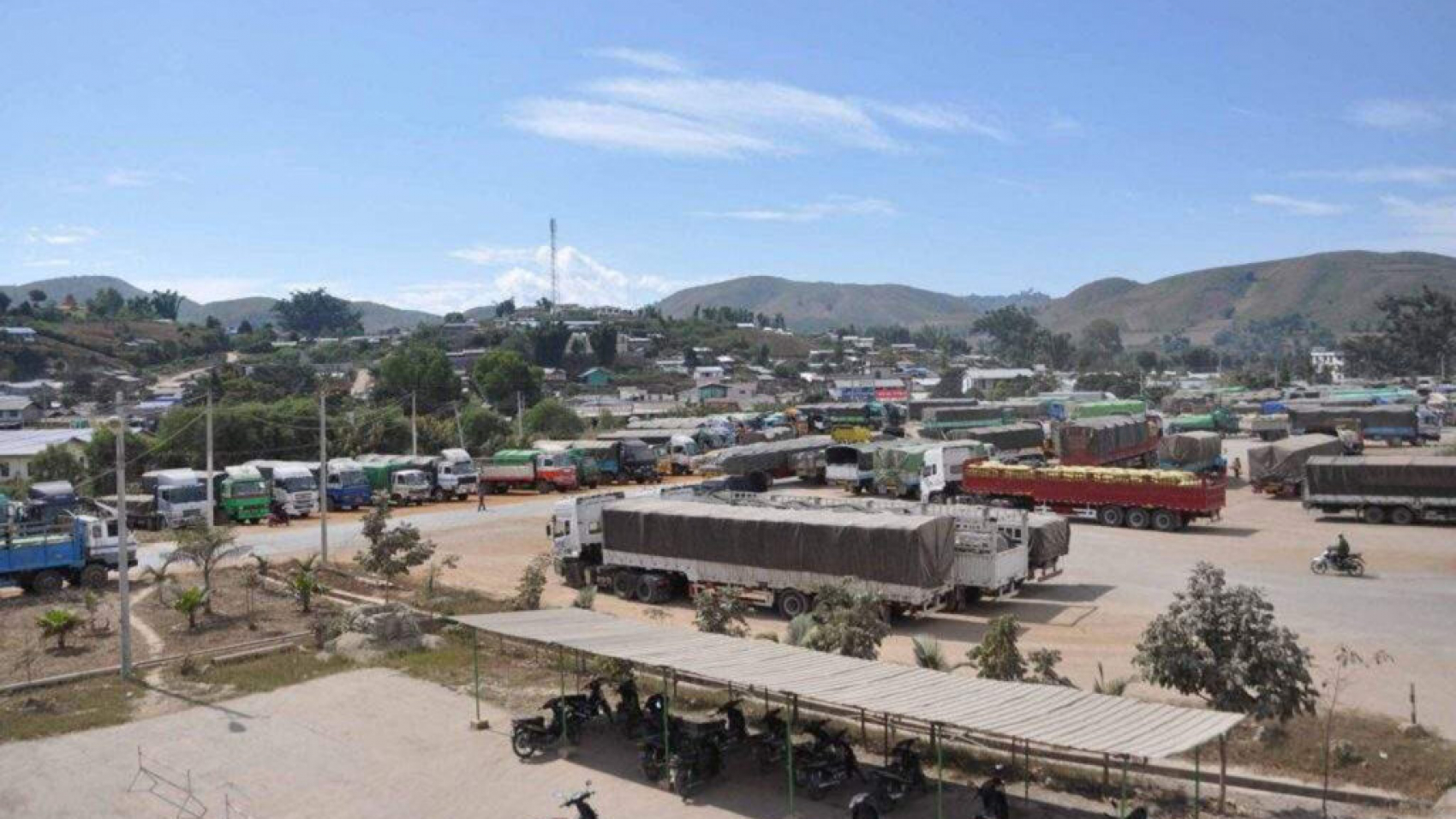 According to the Trade Department under the Ministry of Economy and Commerce, $45 million was earned from exporting fruits to foreign countries in four months. It is reported that more than 100,000 tonnes of domestically grown fruits have been exported and sold to neighbouring countries through land borders.

Around $45 million was earned from the export of the fruit from April to July in the 2022-2023 financial year. GMO bananas, mangoes, watermelons, sweet melons, coconuts, peaches, avocados, apples, mangosteen, and pineapples were exported to the Chinese market through Muse, Myawady, Maungtaw, Kampaiti, and Lweje border trade camps.