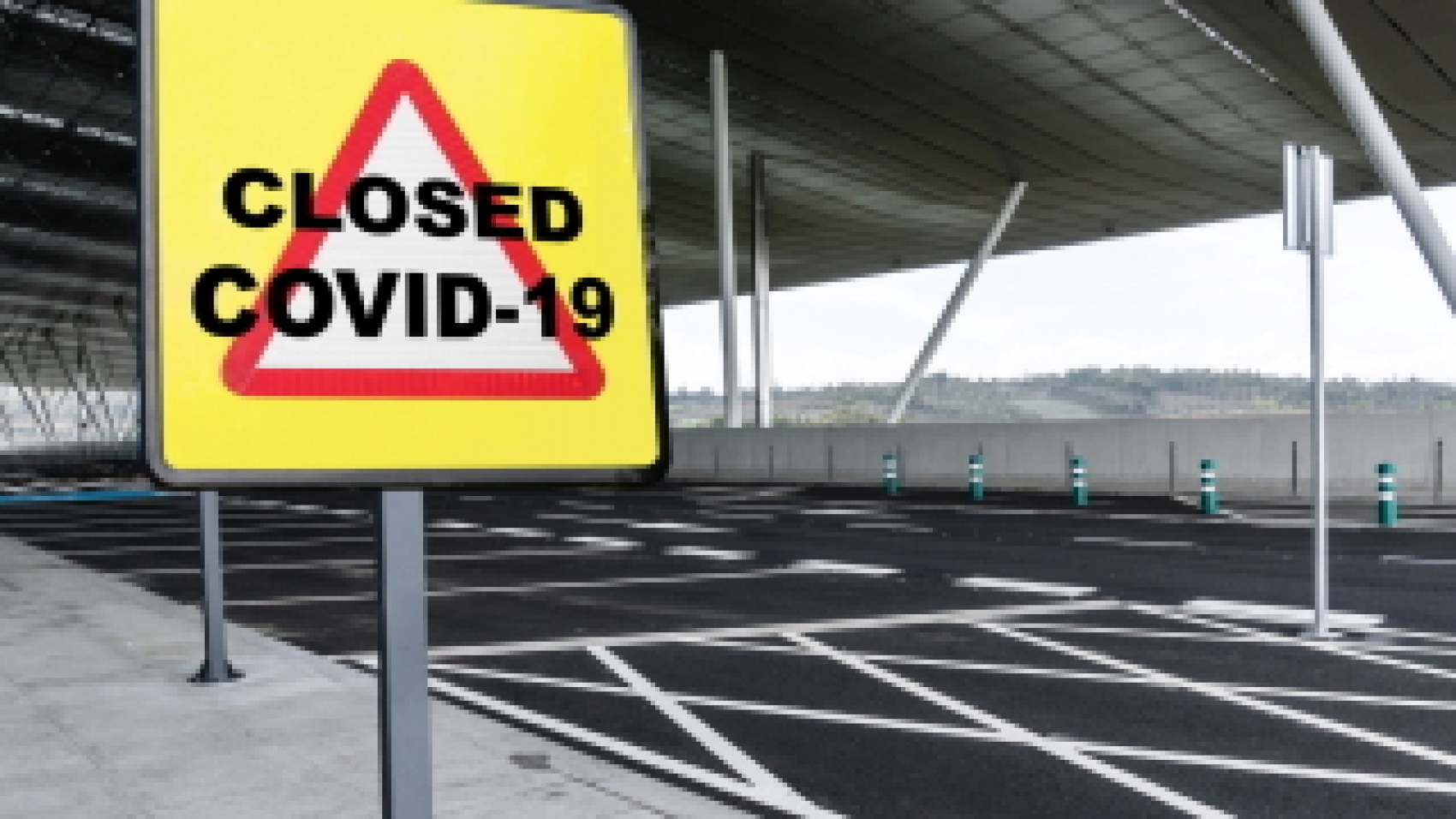 China shut the Man Wein checkpoint over one and half month ago, and it remains close in light of the COVID-19, vice-chairman U Min Thein of Muse Rice Wholesale Centre said. Coronavirus cases were detected in Shweli (Ruili) and Kyalgaung precious stone market during late March. It prompted China to restrict border access at the Man Wein checkpoint, a major border crossing between Myanmar and China. At present, the number of positive cases has dropped. Lockdown on the Kyalgaung area has been eased from 4 May.

However, it will be monitored for about three months. Consequently, there is no plan to reopen the Man Wein post. It is still closed. The border closure began on 30 March. Kyalgaung area will be kept under watch for three months even after lifting the lockdown. People still cannot confirm when the crossing will be reopened. Additionally, Man Wein border post is not available for now, according to the negotiation with Shweli’s Foreign Affairs Department. The border post will resume the trade only after drawing up a detailed project report, the Trade Department (Muse 105th mile trade zone) stated.

Once China lifts the restriction, the traders will be spontaneously informed. Owing to the Man Wein post’s closure, major export items such as rice, broken rice, various pulses, fishery products, onion and chilli are delivered to China through Kyin San Kyawt post, a major crossing for Myanmar’s fruit exports, U Min Thein added. However, shipping via Kyinsankyawt post caused traffic congestion and delay. The driver-substitution system was practised in the border area during the first wave of the COVID-19 and it helps lessen the impediments to the trade. Yet, the current restriction exacerbates the border trade, the Muse Rice Wholesale Centre stated. 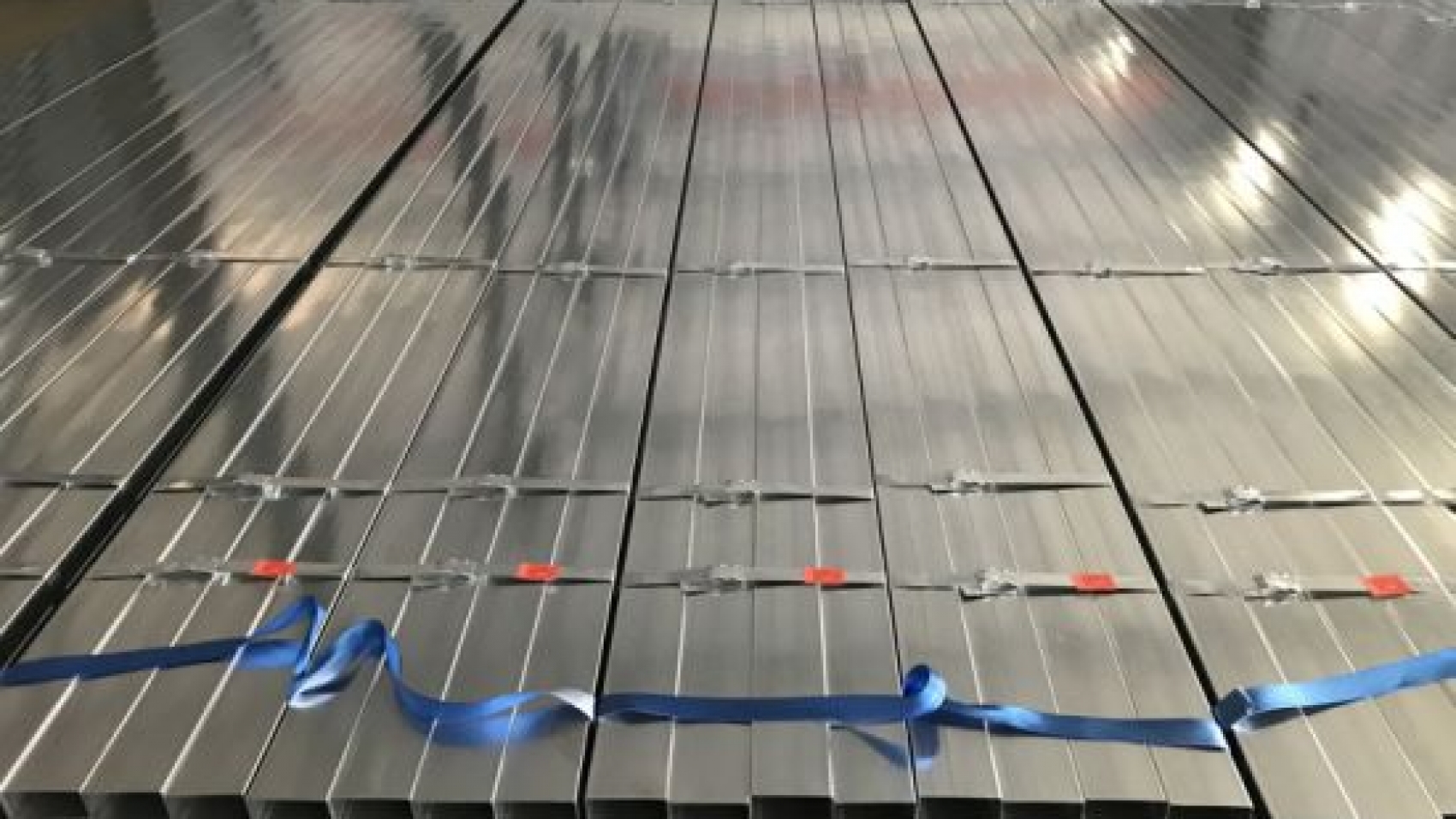 The value of Myanmar’s iron and steel imports for the construction sector is estimated at US$315.6 million in five months (Oct-Feb) of the current financial year, according to Myanmar Customs Department. The figures stood over US$1.19 billion in the past financial year 2019-2020, according to the statistics of the Ministry of Commerce. At present, Myanmar’s steel demand is estimated about 2.5 million tons per year, and 92 per cent are imported. According to MSA, the market is likely to grow up to 5.4 million tonnes per year in 2030.

If Myanmar can fulfil the requirements of local steel consumption and focus on import substitution, the steel industry will strategically contribute to the nation’s interests. Steel consumption includes in calculating economy growth index, Myanmar Steel Association (MSA) stated. Therefore, 11 executive members of MSA established MSA Public Company Limited. They are making efforts to set up iron and steel industrial zone in order to reduce the outflow of US dollar, effectuate the development of the steel industry and assist in the country’s infrastructure building.

Studies for implementing iron and steel industrial zone projects are underway in Ayeyawady and Taninthayi regions and Rakhine and Mon states. The government needs to support the steel sector by granting tax relief and land rights, controlling illegal import, making anti-dumping law come into an effort and formulating steel policy. The steel industry is pivotal in industrial infrastructure building. According to the MSA, this project needs to be implemented for future prospects of the country’s economy. China is the leading supplier of Myanmar’s steel market. Iron and steel are also imported from India and the Republic of Korea. 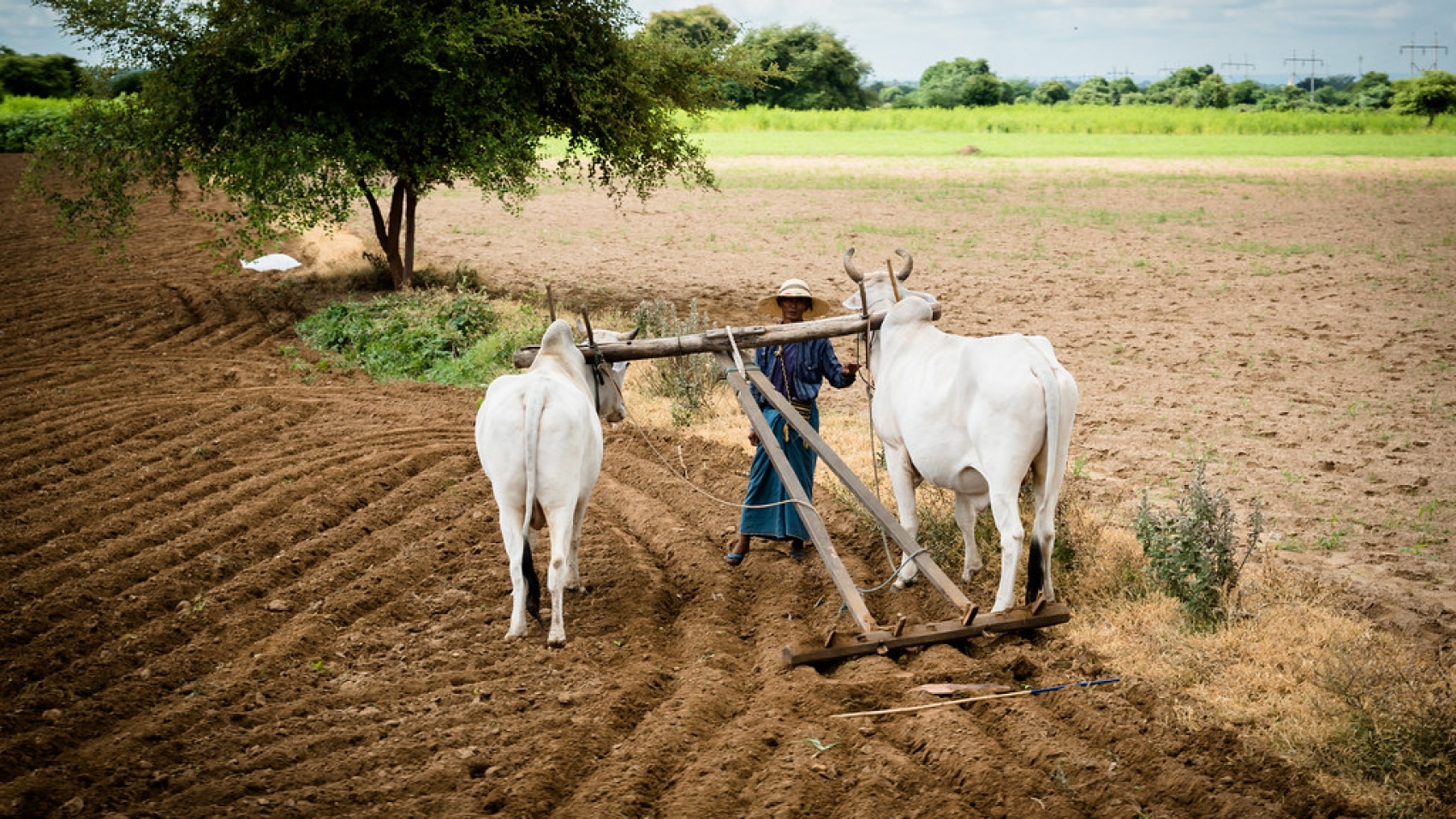 Mandalay Region Agricultural Development Bank will initially disburse over K77 billion of agricultural loans to farmers from 23 townships in the Mandalay region in order for them to grow monsoon crops starting from 26 May, according to Mandalay Region Agricultural Development Bank (MRADB). The Mandalay Bank Branch has targeted to provide K77.109 billion loans for the cultivation of monsoon crops. The agrarian loans will be disbursed to farmers in 23 townships of the Mandalay region to cultivate monsoon paddy and other crops.

ADB bank is issuing the loans for the benefit of the farmers. The bank will provide the monsoon loans for 2021 to the farmers who have already paid off the principal and interest for the 2020 monsoon loan. Those who have not paid back in full will have difficulty getting 2021 loans. The bank has already collected 18.32 per cent of the loan disbursed last year. The farmers who have not paid off their last year’s debts will not be qualified for a new loan this year. The bank will collect a five per cent interest rate annually.

They are providing the loans with a low-interest rate, said manager of the Myanmar Agricultural Development Bank in the Mandalay region. K150,000 per acre for paddy and K100,000 per acre for other monsoon crops such as peanut, green gram, sesame, bamboo, chickpea, black bean, soya-bean, corn and other crops will be granted as monsoon agricultural loans. The 23 townships that will be provided with agriculture loans for 2021 monsoon crops are Amarapura, Patheingyi, PyinOoLwin, Madaya, Singu, Thabeikkyin, Kyaukse, Singaing, TadaU, Myittha, Meiktila, Wundwin, Mahlaing, Thazi, Myingyan, Taungtha, Natogyi, Ngazun, Yamethin, Pyawbwe, NyaungU and Kyaukpadaung townships. 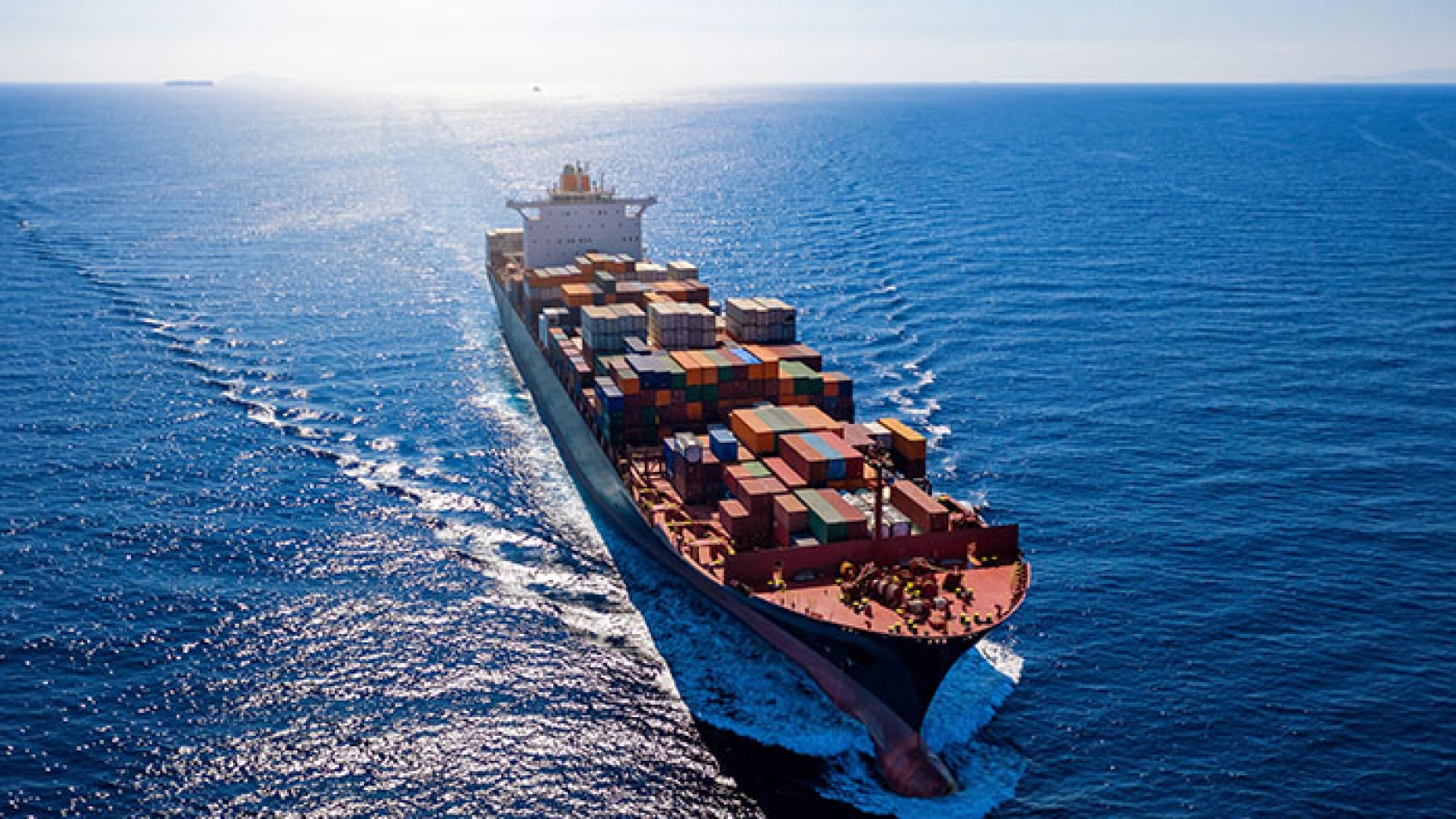 As of February of the 2020-2021 fiscal year, China was the largest importer of more than $ 2306 million in the top 10 importers. Singapore is worth more than $ 1,132 million and Thailand nearly $ 800 million, according to the Ministry of Commerce. From October to February of the 2020-2021 fiscal year, Myanmar was the largest importer of goods. Singapore Thailand Indonesia, Malaysia, India South Korea Japan Vietnam and the United States.