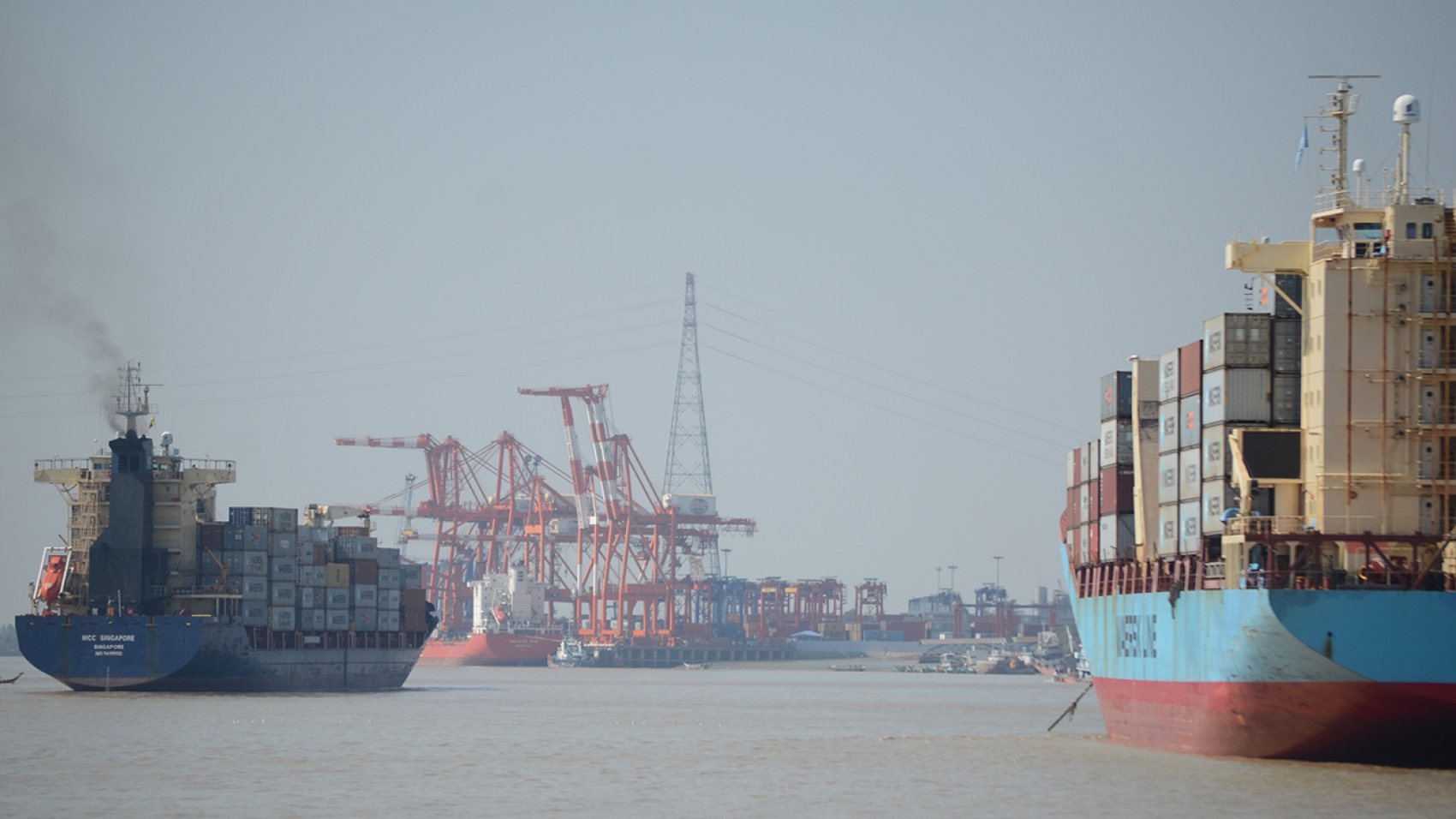 Myanmar’s seaborne trade with international trade partners showed an uptick of 32 per cent between 1 April and 9 September in the current financial year 2022-2023. The value of maritime trade soared to US$11.5 billion, reflecting a sharp rise of $2.8 billion, according to the Ministry of Commerce. Seaborne trade rose from $8.7 billion during the year-ago period, according to the Ministry of Commerce. While seaborne exports were valued at $5.037 billion, imports were registered at $6.486 billion. Both exports and imports by sea have risen as compared to the year-ago period.

Myanmar’s seaborne trade generated $19.8 billion out of an overall trade value of $29.5 billion in the previous FY 2020-2021, the Ministry of Commerce’s statistics indicated. In September 2022, 55 cargo ships carrying many containers, operated by 14 international shipping liners, were scheduled to enter terminals in Yangon Port, according to a notification of the Myanma Port Authority. Terminals in Yangon Port handled 410 cargo ships in the past eight months. The number of cargo ships entering Yangon Port stood at 49 in January, 48 in February, 50 in March, 52 in April, 54 in May, 53 in June, 49 in July and 55 ships in August respectively.

Myanmar Port Authority and Yangon inner terminals are providing services to ensure the fast and reliable cargo handling and withdrawal of the containers. Earlier, the larger ships had draft problems preventing their sailing on the Yangon River. The draft extension is up to 10 meters with the new navigation channel accessing the inner Yangon River. Yangon inner terminals and the outer Thilawa Port have received larger ships of 30,000 DWT (Deadweight tonnage) after the draft limit was extended up to 10 meters. Myanmar exports agricultural products, fishery products, minerals, livestock, forest products, finished industrial goods, and other products, while it imports capital goods, consumer goods, and raw industrial materials.