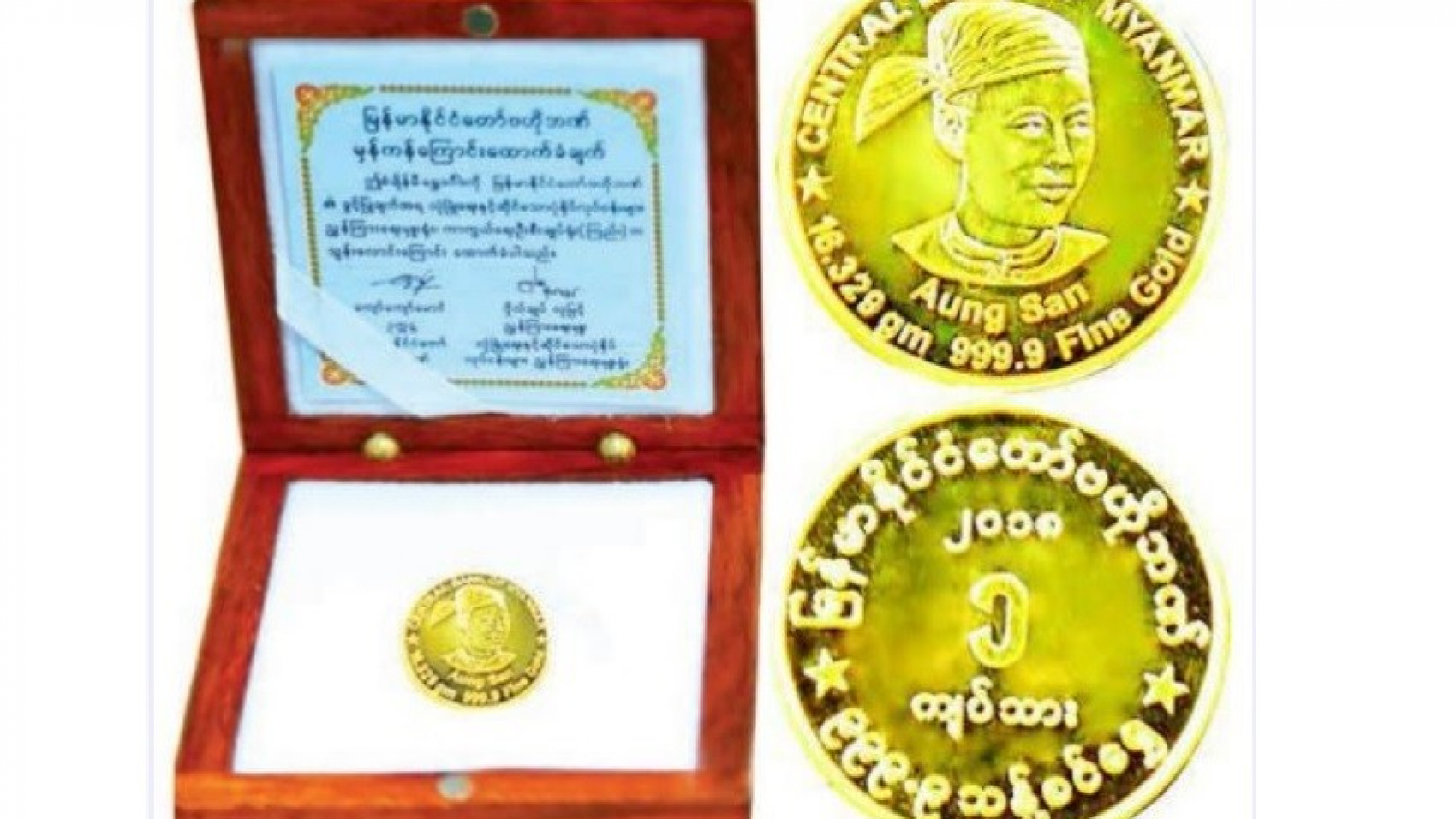 The gold coin sales have expanded to new locations in the Yangon and Mandalay regions in addition to Nay Pyi Taw, according to the Ministry of Natural Resources and Environmental Conservation. The ministry declared the sales of gold coins weighing one tical, 0.5 tical and 0.25 tical through state-run media on 2 September. The gold coins have been on sale at Nay Pyi Taw’s Gems Emporium from 5 September. Gold coins were sold at K2.95 million per tical on 5 September, K2.85 million from 6 to 13 September and K2.8 million from 14 to 16 September respectively.

A citizenship scrutiny card and its copy are mandatory in buying gold coins cash down. The accumulated sales of gold coins stood at 455.75 ticals as of 16 September, according to the Press Conference of the Information Team of the State Administration Council held on 20 September. The State’s gold coin market has expanded to Yangon and Mandalay regions from 23 September other than Nay Pyi Taw, the ministry announced through the state-run media on 22 September. The sales price of gold coin for 23 September was not announced yet the pure gold was transacted at K2.8 million per tical in the grey market.

The ministry commenced gold coin sales intending to govern the price hike in the domestic gold market. However, domestic gold prices remain high tracking the soaring US dollar value against the local currency. Kyat is depreciated at K3,200 against the safe-haven US dollar in the black market. In late August, the dollar hit a tremendous high of over K4,500 in the unofficial markets. Following the depreciation of Kyat, the pure gold price reached a record-high of K3.7 million per tical.

The governor of the Central Bank of Myanmar (CBM) and officials of the Monitoring and Steering Committee on the Gold and Currency Market discussed matters regarding the stability of the gold and currency market on the afternoon of 14 September in Nay Pyi Taw. At the meeting, the governor of the CBM remarked the further coordination of the departments concerned, gold bar transactions to be made with the banking system and operations of the banks, further support of the ministries concerned and the CBM to achieve price stability, and further cooperation between gold businesspersons and the officials.

Last 28 September 2021, a dollar value hit a peak of over K3,000 in the black market, pushing the pure gold up to K2.22 million per tical. Under the guidance of the Central Committee on Ensuring Smooth Flow of Trade and Goods, the Monitoring and Steering Committee on the Gold and Currency Market was formed on 17 December 2021 as gold and currency market stability plays a crucial role in trade facilitation.

The objectives of the committee are inspecting and prosecuting market manipulation, checking if there is compliance with payment rules in the domestic market, and proceeding against those unscrupulous traders who intend to interfere with the free and fair operation of the market under the existing laws, by-laws and regulations in line with the official directives, illegal foreign currency holding, illegal trade and taking legal actions against price manipulators. Furthermore, the officials concerned will crack down on those people involved in charging a percentage for money withdrawals at the banks as shadow money. 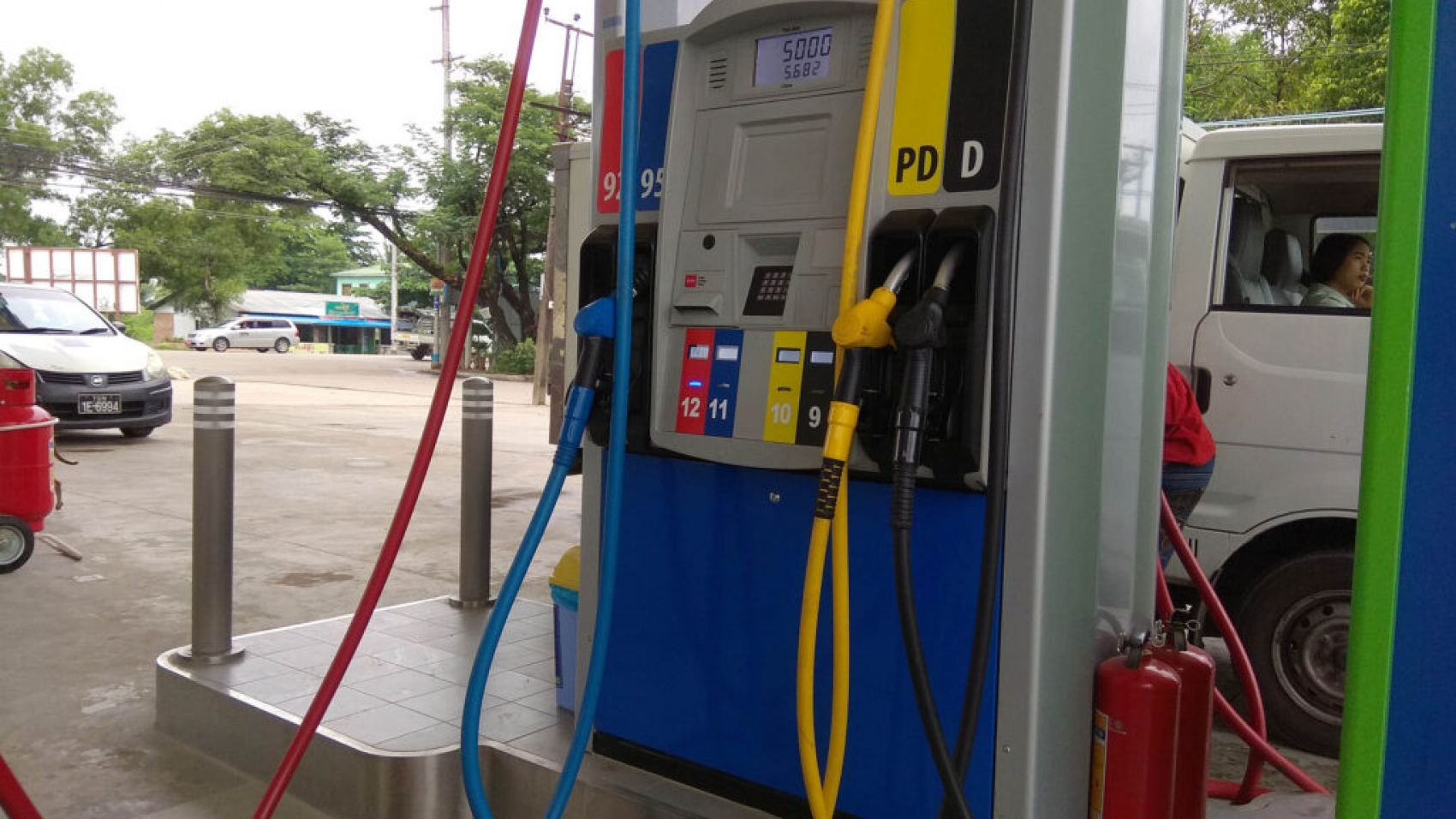 More than 230,000 tonnes of fuel oil were allowed to be imported in September 2022, according to the Supervisory Committee on Oil Import, Storage and Distribution of Fuel Oil. The committee draws up Standard Operating Procedures (SOPs) on fuel import, storage and distribution and reports fuel import matters to the Foreign Exchange Supervisory Committee. This month, fuel importers have an import quota of 233,594.60 tonnes, with 80,499 tonnes of gasoline and 153,095.60 tonnes of diesel. That is why fuel oil is sufficient in the domestic market.

However, the market prices are way higher than the reference rates. The authorities are taking action against those retailers of fuel stations under the Petroleum and Petroleum Products Law if they are found overcharging. Additionally, the committee in cooperation with Myanmar Petroleum Trade Association has been distributing fuel oil efficiently to ensure energy sufficiency in each township of the regions and states. However, armed groups’ attacks on fuel oil browsers and barges caused delays in supply to the fuel stations at some townships, according to a statement.

Therefore, to fulfil the energy requirements in some regions and states, the committee is supervising fuel oil import via cross-border areas under the approval of the related state government. Last April, some petrol stations allegedly suspended fuel sales and set limited sales, sparking consumers’ concerns and raising fuel prices. The committee was formed to steer the oil sector effectively not to have a shortage of oil in the domestic market and ensure price stability and quality for energy consumers. Ninety per cent of fuel oil in Myanmar is imported, while the remaining 10 per cent is produced locally. The domestic fuel price is highly correlated with international prices.

The State is steering the market to mitigate the loss between the importers, sellers and energy consumers. Consequently, the government is trying to distribute the oil at a reasonable price compared to those of regional countries. Some countries levied higher tax rates and hiked oil prices than Myanmar. However, Malaysia’s oil sector receives government subsidies and the prices are about 60 per cent cheaper than in Myanmar. Every country lays down different patterns of policy to fix the oil prices. Myanmar also poses only a lower tax rate on fuel oil and strives for energy consumers to buy the oil at a cheaper rate.