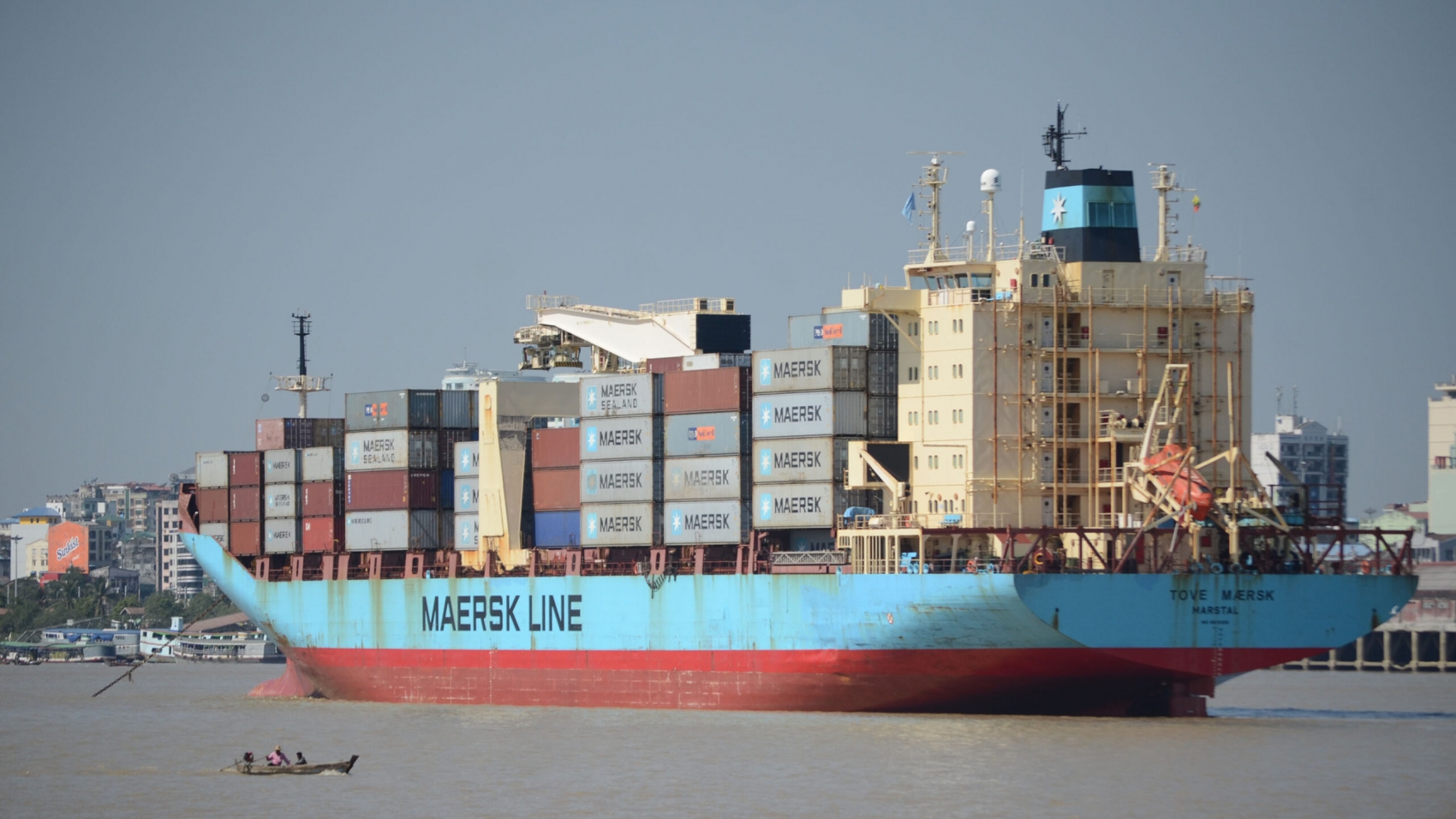 Maersk Line Myanmar (Sealand Maersk) will launch three new container vessels to meet maritime trade needs. Maersk Line Myanmar will launch new vessels, the Maersk Norberg, Maersk Narvik and Maersk Nesna. Of the three ships, the Maersk Norberg will dock at MITT and MIP ports, and the Launching Ceremony was held on June 10, 2021 at MIP Port. The three new ships will have a capacity of 1,750 TEU 2100 metric tons (9.5 meters). It was built specifically for the Myanmar market. With the expansion of these new container vessels, there will be enough space & equipment for exports and shipments will not have to wait for a booking.

According to the Myanmar Ports Authority, 35 container vessels are scheduled to enter the country in June to increase exports during the open season and increase imports to meet domestic demand. Last May, only 24 container vessels were scheduled to arrive, but as of May 31, a total of 37 vessels have been operated, according to the Myanmar Port Authority. International trade; Export Coordinating meetings were held to facilitate the import of goods and the flow of goods, to increase the access of container vessels and to address the need for containers for exports. At the meeting, the Chief Executive Officer; Myanma Port Authority has reported a drop in container arrivals at Yangon Port since the COVID-19 incident. The situation of increasing demand for container for export was discussed.

He also briefed on the current situation of daily port operations at various container ports. The shipping lines are also currently suspending / suspending some vessels. In May this year, a total of 24 container vessels are scheduled to be operated by shipping lines. Depending on the market demand, special flights will be provided. He explained the conditions for providing containers and refrigerators for exporters. The discovery of a new waterway on the Yangon River has allowed international vessels to enter and leave the port of Thilawa, which has been allowed to increase the restriction on the tide. According to a statement from the Myanmar Ports Authority, 152 vessels over 30,000 tonnes entered Rangoon ports and Thilawa ports within five months of the new tide restrictions being extended due to the discovery of a new waterway on the Yangon River. 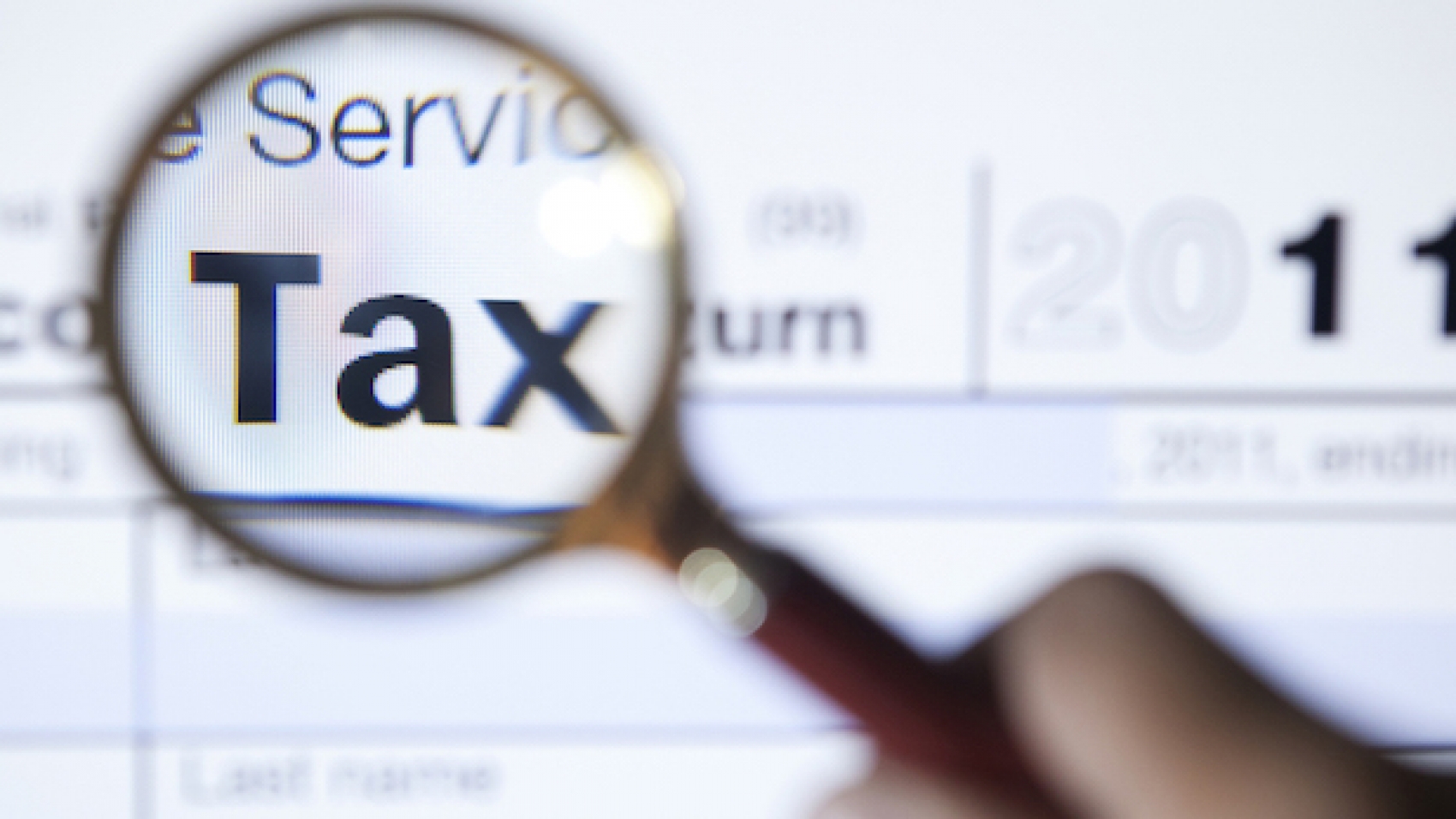 According to the Internal Revenue Department, sale or exchange value of one or more assets does not exceed 100 lakh kyats, there is no need to pay income tax even if the capital is profitable. If one want to clarify tax matters concerning buying and selling of cars, it is needed to carried out setting vehicle standards, submission of declaration and tax payment procedures. In case of setting vehicle standards, registration of domestic vehicles and change of owner’s name in connection with tax assessment, it is needed to contact the relevant township Revenue Department offices in the township where the taxpayer resides. In the case of importing vehicles from abroad, it is also needed to contact the Office of the Income Tax Collection for the import of motor vehicles in Yangon, Mandalay and Nay Pyi Taw. 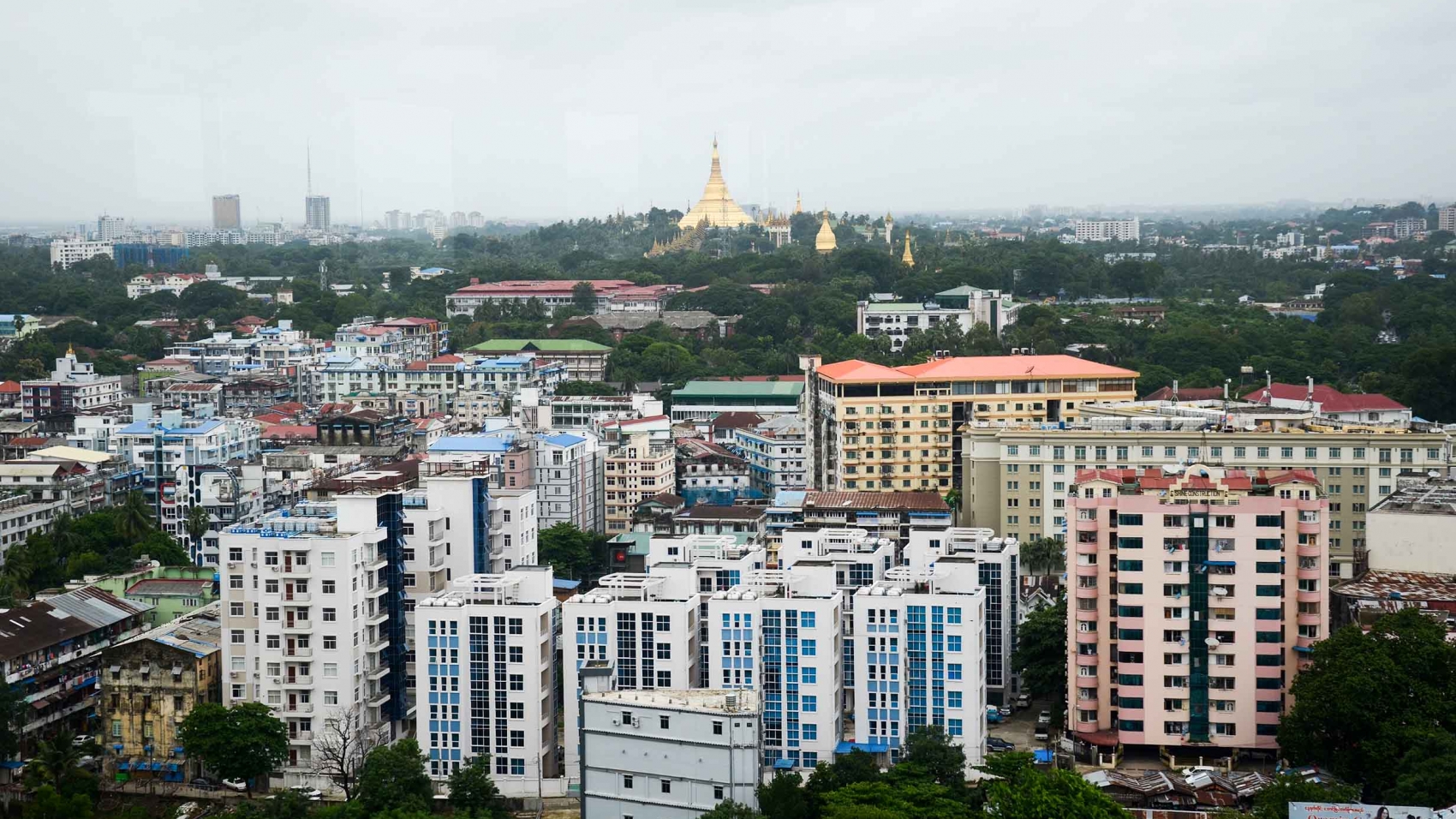 For those taxpayers who purchase, construct and sell real estate and building, taxes related to purchase/construct/sell can be paid by submitting income statement to the relevant township tax office where the property is located. If it isn’t able to submit the income statement, tax will be paid in accordance with the tax rates in Section 25 of the Union Tax Law of 2020 with the stamp duty on the fixed value. If one want to sell the land or building, that person must submit the income tax return to the relevant township tax office where the property is located or within 30 days from the date of transfer of the property and estimate the tax. According to the 2020 Union Tax Law, income tax is levied at 10 percent of the proceeds, plus the original purchase price and the costs incurred in transferring the property over a specified period of time. 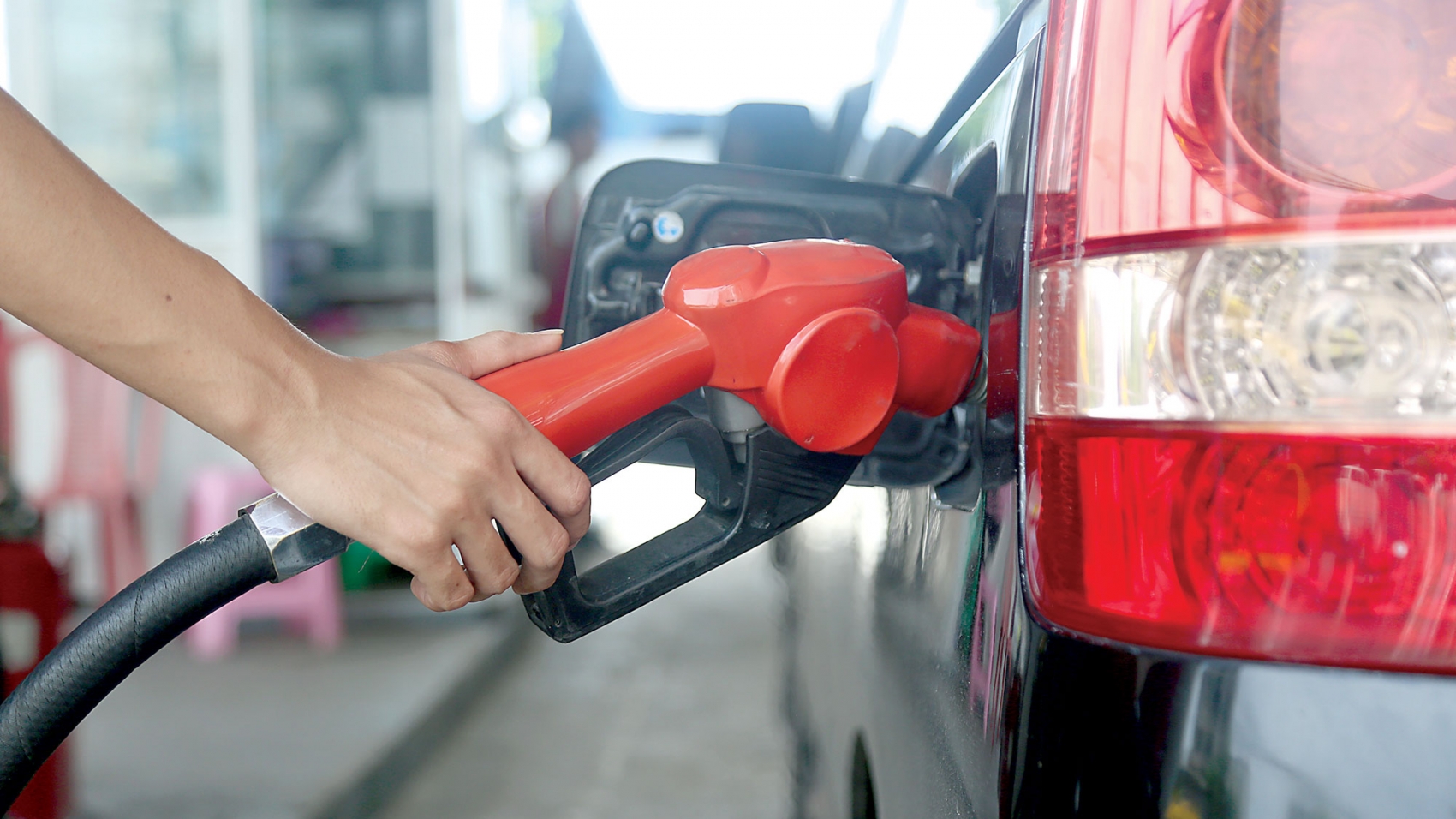 Myanmar imported more than US$1.3 billion worth petroleum products during the first half (Oct-Mar) of the current financial year 2020-2021, as per the Myanmar Customs Department. The figures indicated a sharp drop of over $660 million compared to the corresponding period of last year. In the current fiscal year, Myanmar imported over 1.6 million tonnes (worth over $750 million) of diesel and over 1 million tonnes (worthover $540 million) of petrol, as per data of the Commerce Ministry. Normally, a monthly oil import is estimated at $400 million, yet the oil importers are facing banking restrictions for maritime trade. Nevertheless, oil importers via land border can use informal payment Hundi system instead, said an importer. At present, the domestic fuel oil price has now risen above 30 per cent per litre in three months, as the heightened coronavirus restriction and possible lockdown in Asia sparked oil demand concerns, coupled with strong dollar exchange rate.

There are about 2,000 fuel stations and over 50 oil importer companies in Myanmar, Myanmar Petroleum Trade Association stated. In early June 2021, the Ministry of Electricity and Energy notified the private sector of keeping the oil storage above 35 per cent of the storage capacity of the tanks to avoid the possible discrepancy between demand and supply. Last year, the domestic oil prices declined to start from January, owing to a fall in global oil prices. On 8 January 2020, oil prices were pegged at around K905 per litre for Octane 92, K995 for Octane 95, and K985 for diesel and premium diesel. Following the global market crashing, the domestic oil price plunged to more than 50 per cent in April against January’s prices. In late April 2020, the oil prices touched the lowest K290-330 per litre for Octane 92, K430-455 for Octane 95, K435-465 for diesel, and K445-475 premium diesel, according to the domestic oil market. Ninety per cent of fuel oil in Myanmar is imported, while the remaining 10 per cent is produced locally.